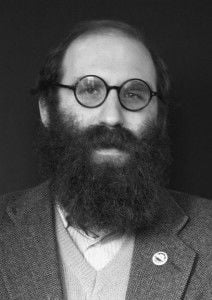 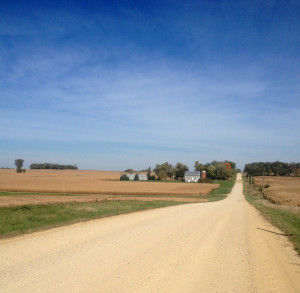 “The Via Northfield” includes photos by Andy Sturdevant of his walk through Dakota County in September 2015.

“The Via Northfield” includes photos by Andy Sturdevant of his walk through Dakota County in September 2015.

Andy Sturdevant needed more than just an artist’s eye for detail while preparing for his upcoming exhibit “The Via Northfield.” He also needed comfortable footwear.

The exhibit, which opens Feb. 19 at the Flaten Art Museum at St. Olaf College, chronicles the Twin Cities artist-writer’s journey, on foot, from Minneapolis to Northfield over the course of a day and a half in September 2015.

The 40-mile trek took Sturdevant through the heart of Dakota County, and much of the exhibit documents his experiences venturing through Eagan, Apple Valley and other south-of-the-river communities. The exhibit features photos, postcards, takeout menus, soil specimens and other items. The centerpiece is a wall-sized, 70-foot-long map of the route highlighting his 15 stops along the way.

“I was very surprised at how quickly the transitions take place between urban, suburban and rural,” Sturdevant said. “Especially south of Farmington — it’s like someone flips a switch, and all of a sudden there’s no more Targets and subdivisions and pavement, and it’s all dirt roads and sweeping vistas.

“And the vistas out in southern Dakota County are so incredible, especially if you’ve reached them on foot. The closest thing I can relate it to is being at sea — there’s a vastness that’s all-encompassing and incredibly humbling.”

His route through Dakota County was mostly along Pilot Knob Road. He took Highway 3 for a stretch south of Farmington, then mostly stuck to Denmark and Eveleth avenues to reach St. Olaf in Northfield.

Along his route, Sturdevant encountered a number of interesting pedestrians — including a woman who runs a dog-walking service in Eagan and Apple Valley — and met with organic farmer Martin Diffley.

Sturdevant ended the first day of his journey in Farmington. From there, he called a cab and stayed at the Holiday Inn in Lakeville.

“In the morning, he picked me back up at the hotel and drove me to the place from the spot before,” Sturdevant said. “I wanted to stay in Farmington, but there didn’t seem to be any hotels, and I am lousy at camping. After walking for 12 hours, I felt like it wasn’t too out of line to have a comfortable bed and shower.”

As for why he chose Minneapolis as his starting point, and Northfield as his destination, Sturdevant said “there’s not really any mystical reason behind it.” St. Olaf and Carleton colleges are both hosting exhibitions around the theme of walking this semester, and Jane Becker Nelson, the curator at the Flaten Art Museum, asked Sturdevant if he was interested in creating a show around that theme.

“I live in Minneapolis, and the show was in Northfield, so that seemed like the thing to do,” he said. “But that’s how pilgrimages begin. Someone needs to get from one place to another, and it’s only later the route takes on some significance.”

“The Via Northfield” runs Feb. 19 to April 17 at the Flaten Art Museum, with an opening reception scheduled for 7 p.m. Feb. 19. More about the exhibit is at wp.stolaf.edu/flaten/vianorthfield.