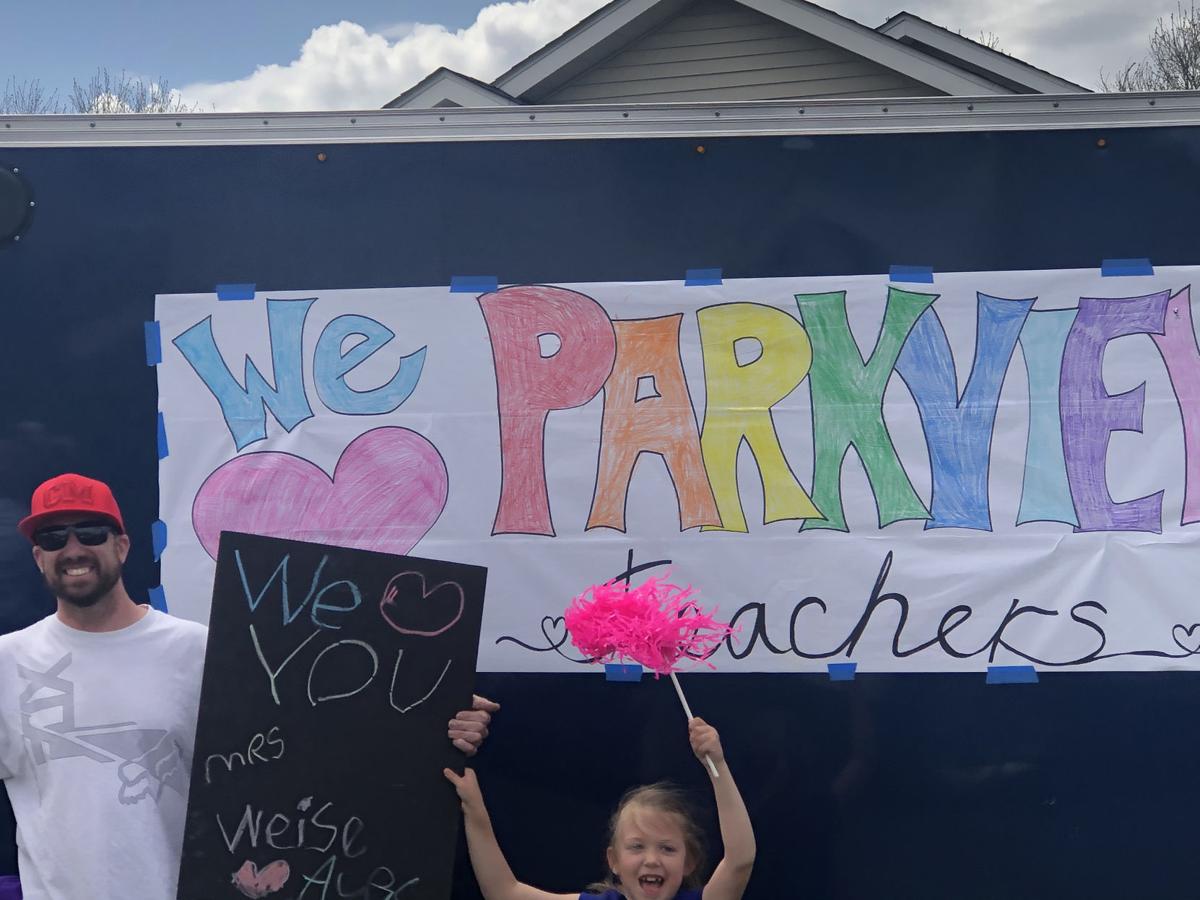 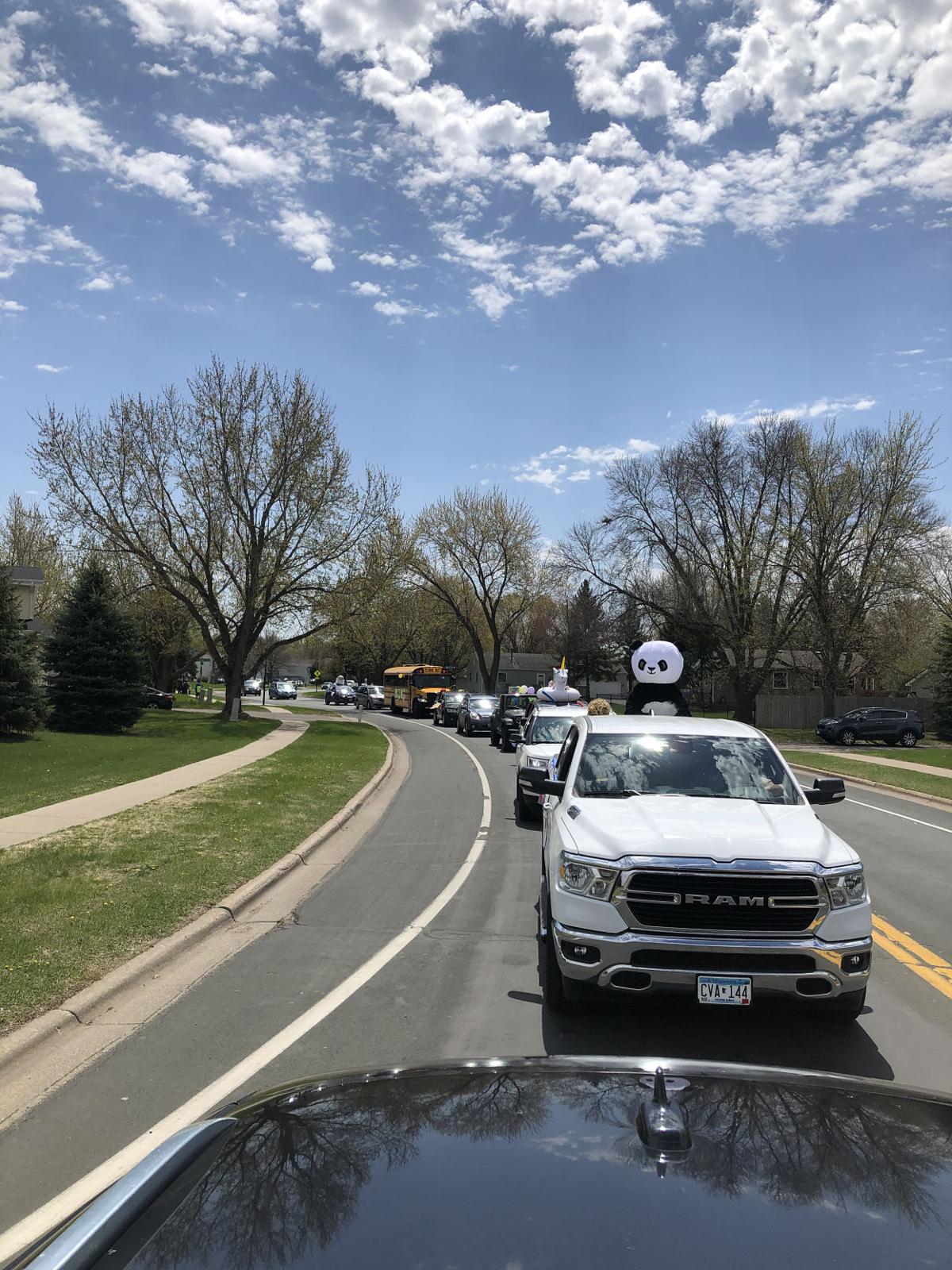 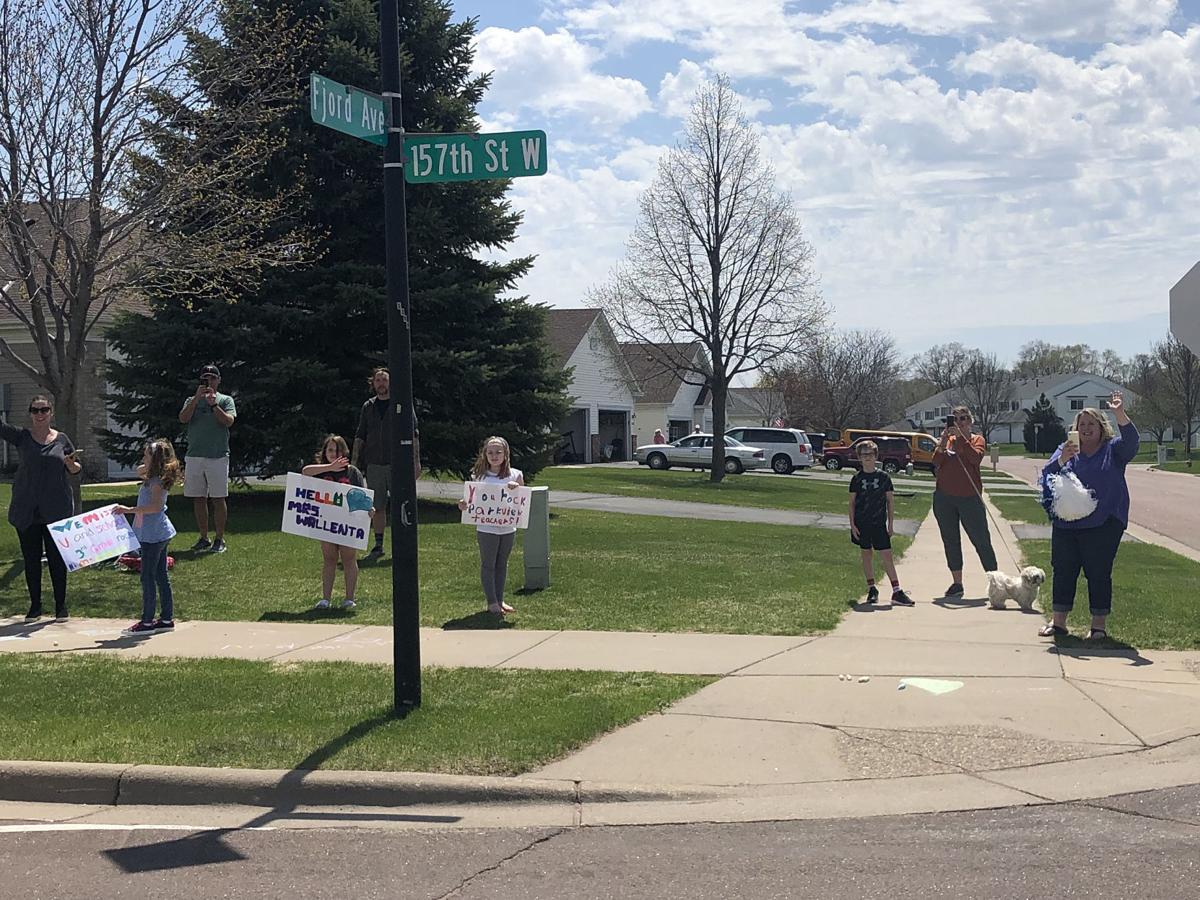 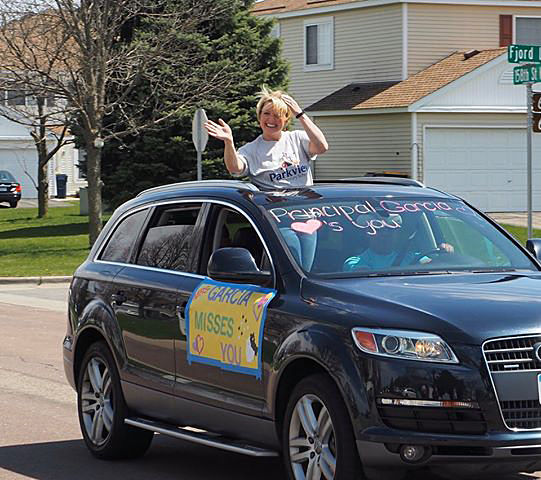 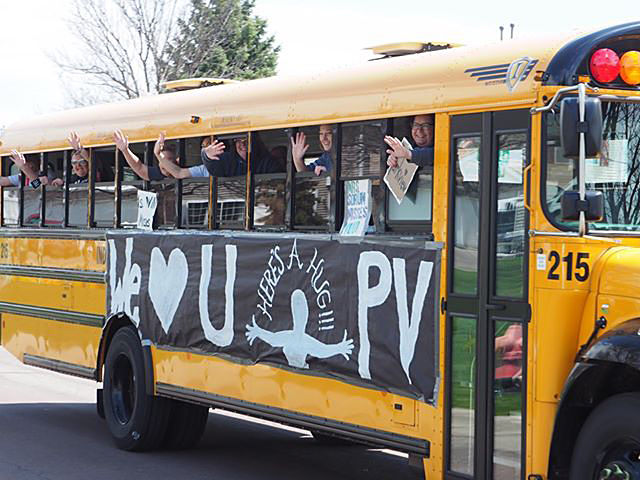 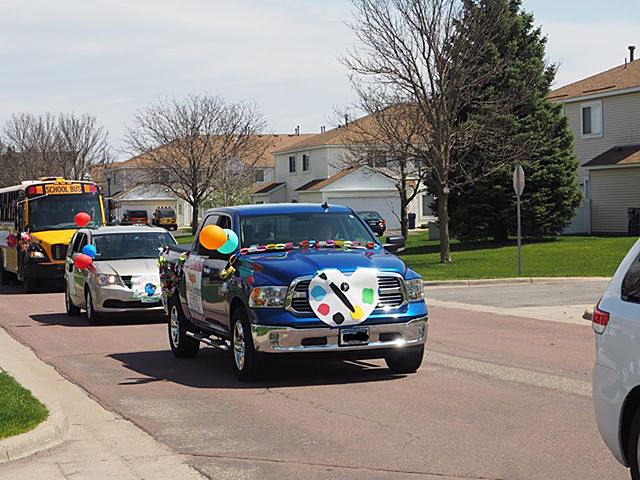 Parkview Elementary families had a chance to see their teachers and other school staff at a distance during a driving parade May 1.

Principal Nicole Garcia said the District 196 school in Lakeville drove through neighborhoods with four school buses (with about 10 staff members on each) and around 40 cars for about two and a half hours.

Assistant Administrator Mike Zick took the lead on the planning and worked with several staff to put the event together. The district’s transportation department mapped the route and some Parkview drivers bid for the event so they could be the parade drivers. Other drivers who didn’t get the bid came along because they miss the children.

Staff decorated cars and the buses and went through all of the neighborhoods in about 2 and a half hours.

“It was so uplifting to see pure joy on the faces of everyone involved through their smiles, laughter, cheering, and waving. This event was just as important for the staff as it was for students and families,” Garcia said.

“The neighborhoods were filled with families and students waiting for us to come through. They had signs and banners, chalk covered driveways with messages about Parkview. Some played instruments, and everyone was waving and cheering. It was so much fun! One teacher said, ‘It was definitely a rejuvenation that was needed! It’s so easy to get in a funk during these hard times but seeing everyone band together was amazing!’ ”