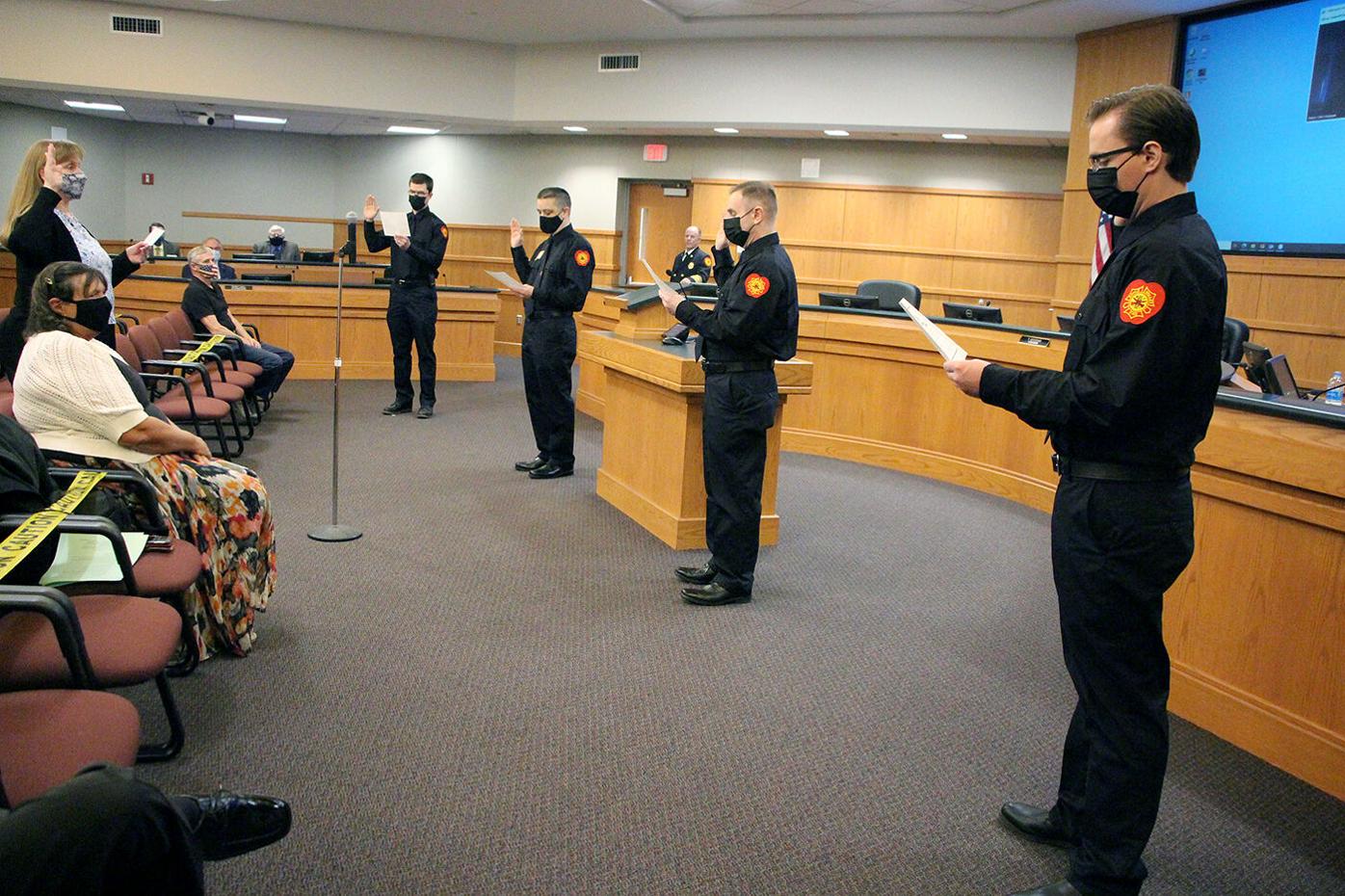 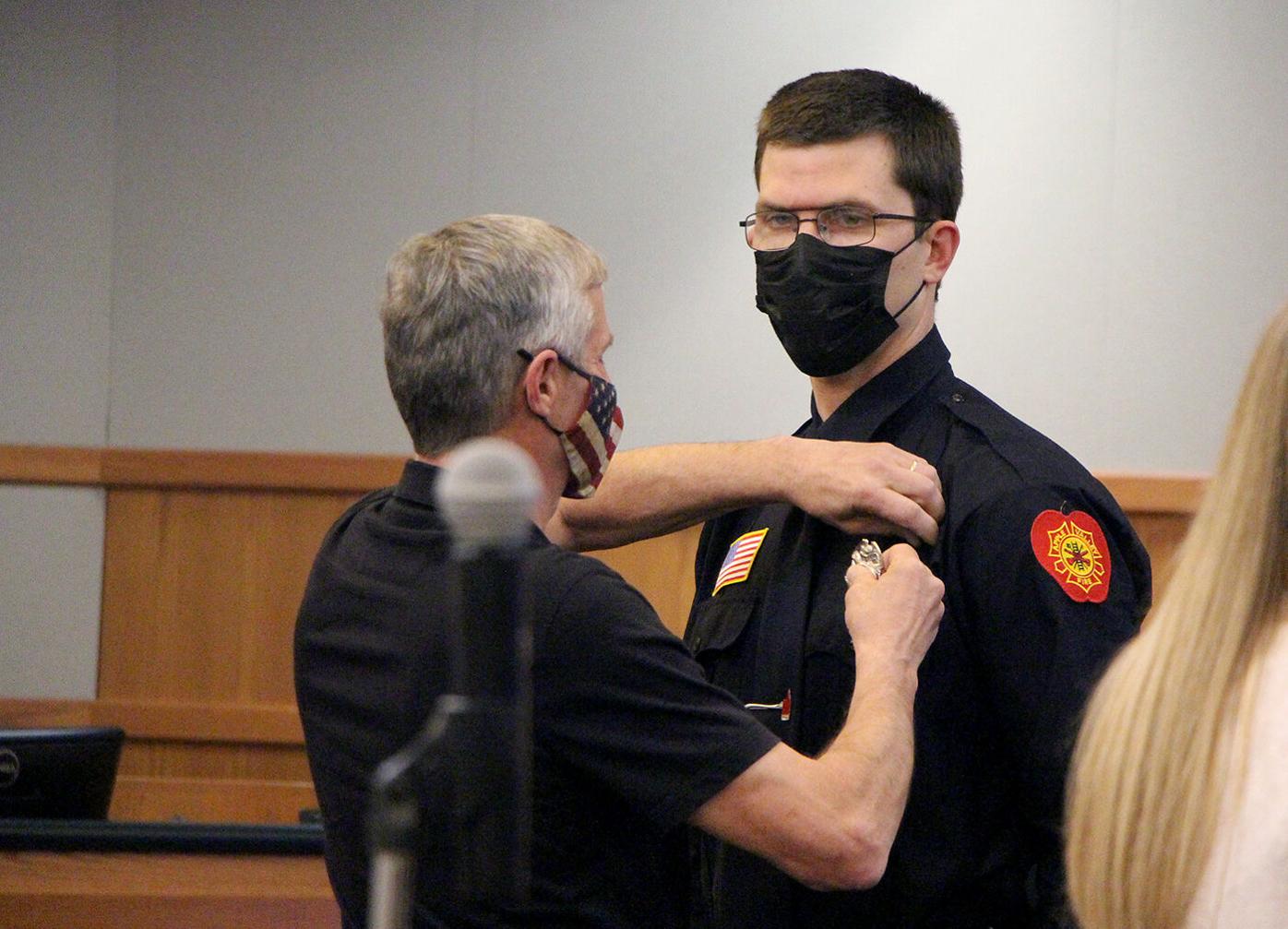 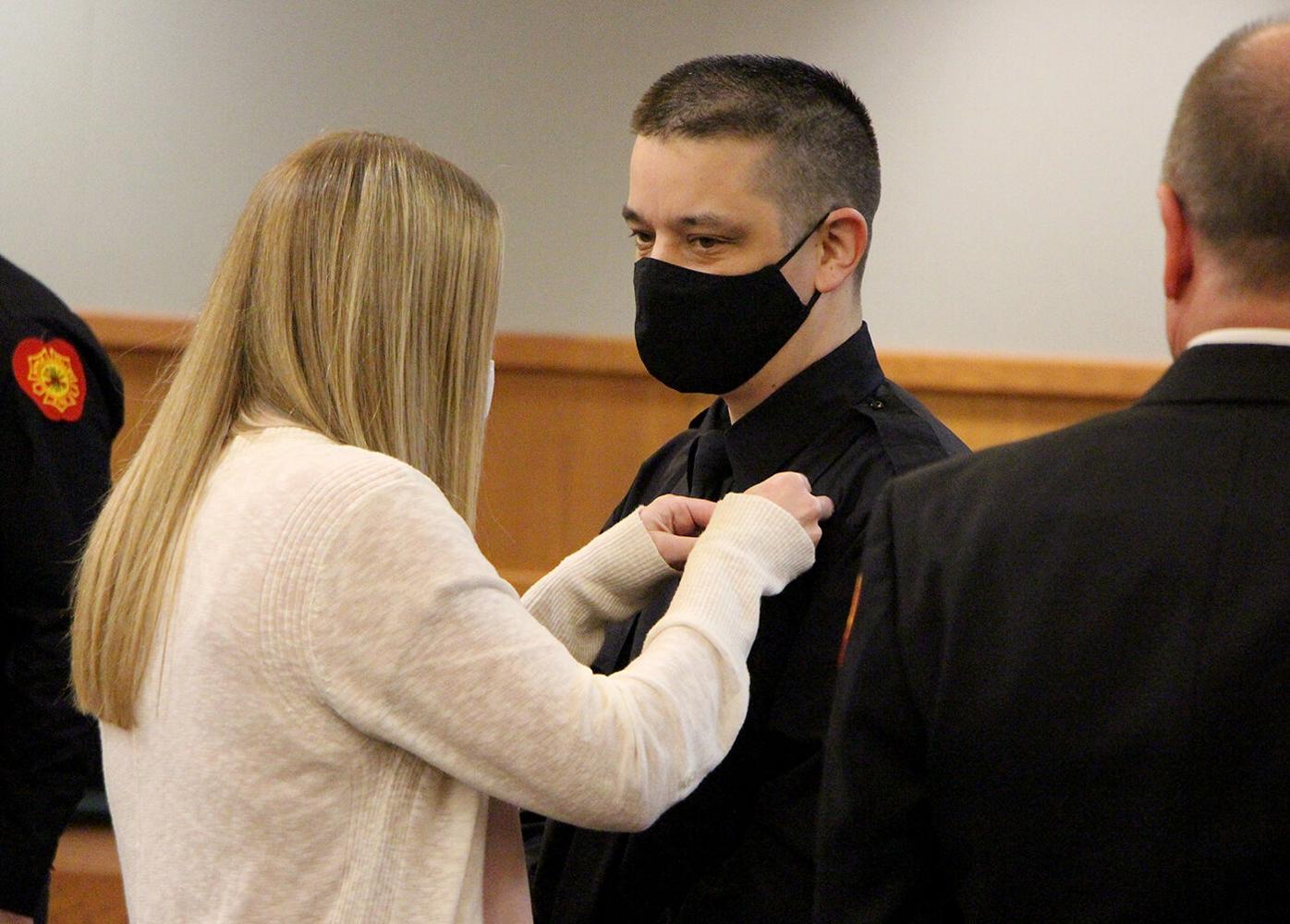 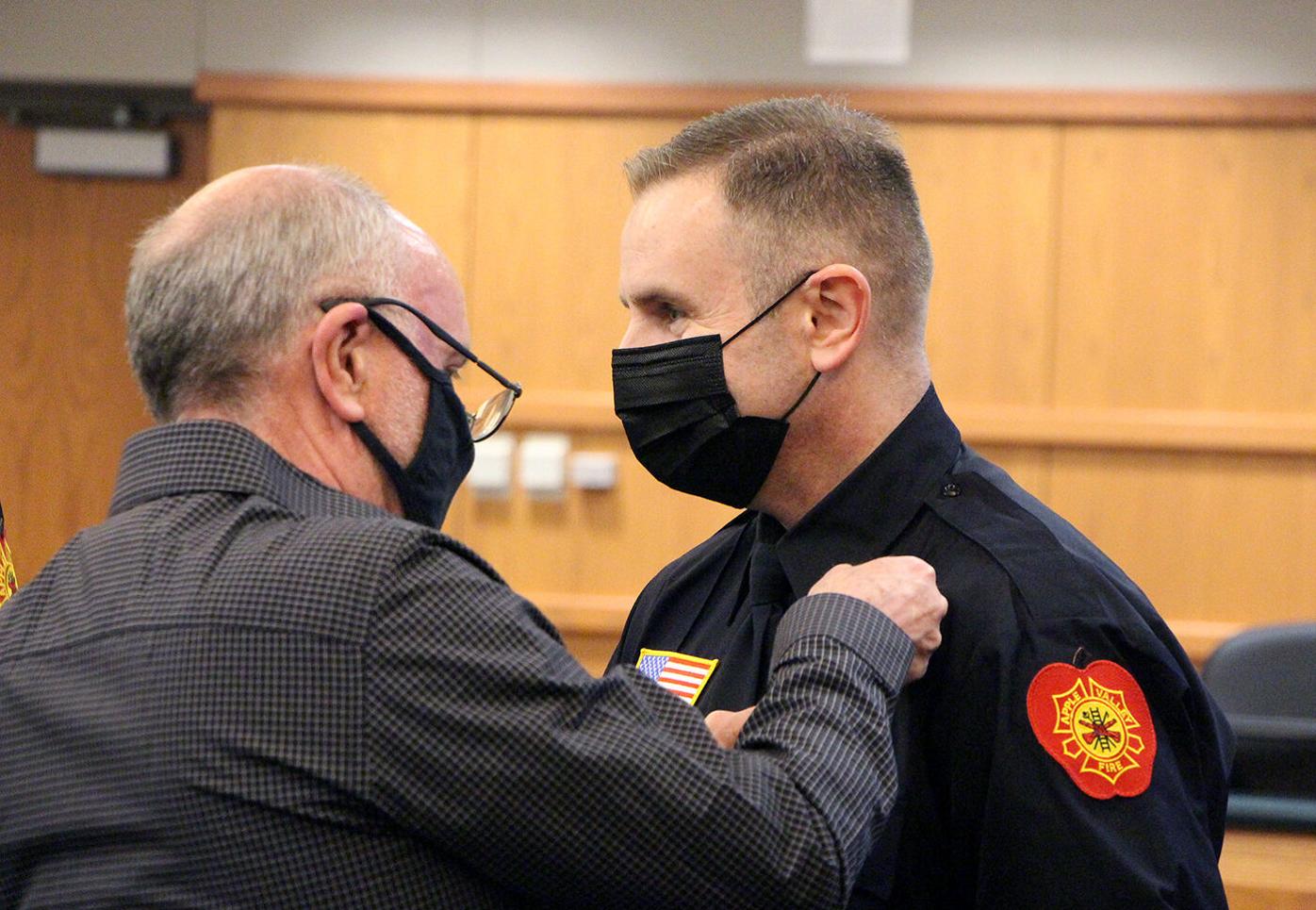 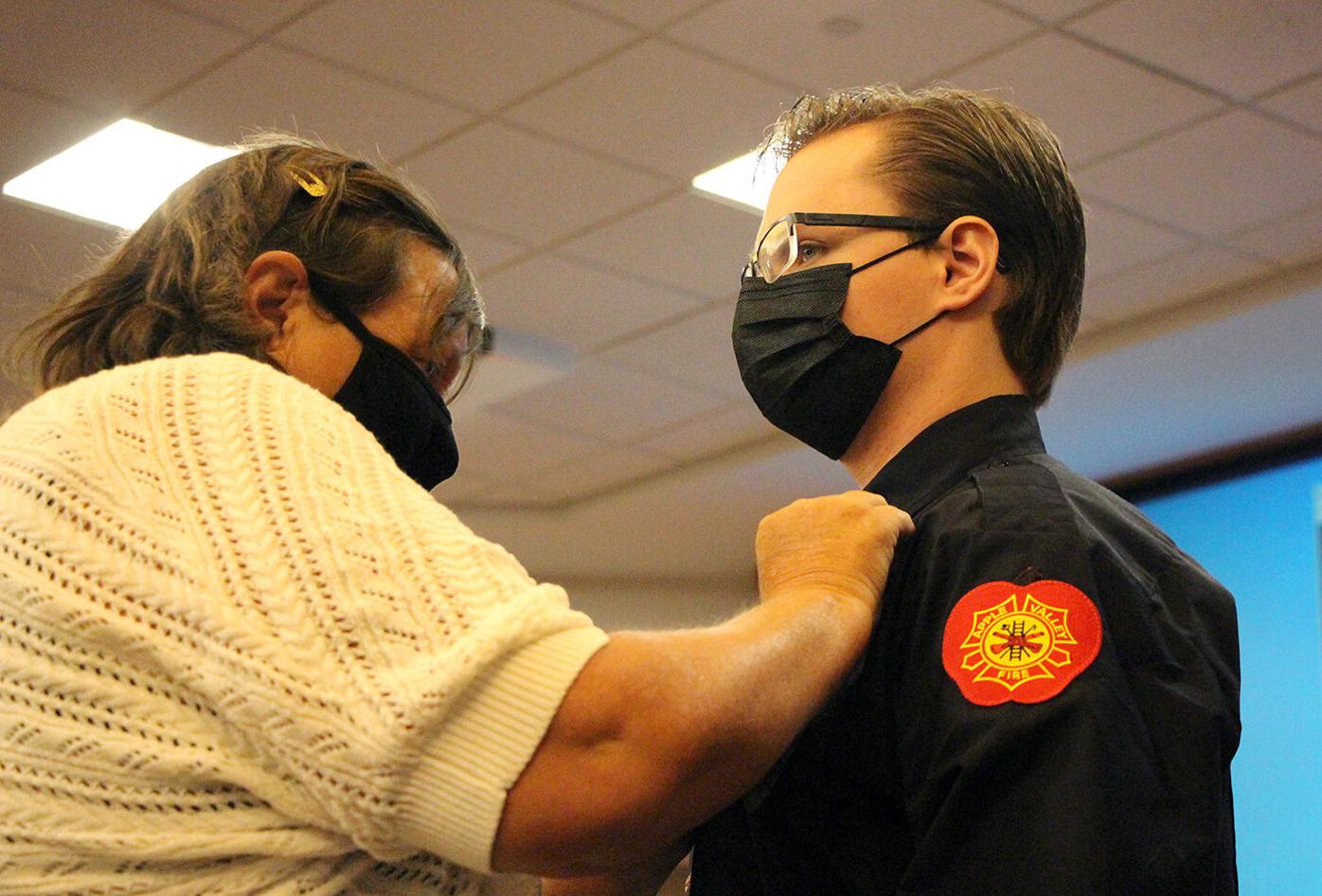 Four new firefighters were welcomed to the city of Apple Valley during the March 25 City Council meeting. Sean Alter, Erik Bobadilla, Stephen McCrory and David Sheets each took the oath of office, which was immediately followed by the pinning of the firefighters’ badges by family members. Alter, Bobadilla, McCrory and Sheets began their service with the Apple Valley Fire Department when they were hired in 2019. “They have all shown a strong commitment to successfully completing their training and have done a great job responding to calls as probationary firefighters. I’m proud of them,” Fire Chief Chuck Russell wrote in a March 25 city report.