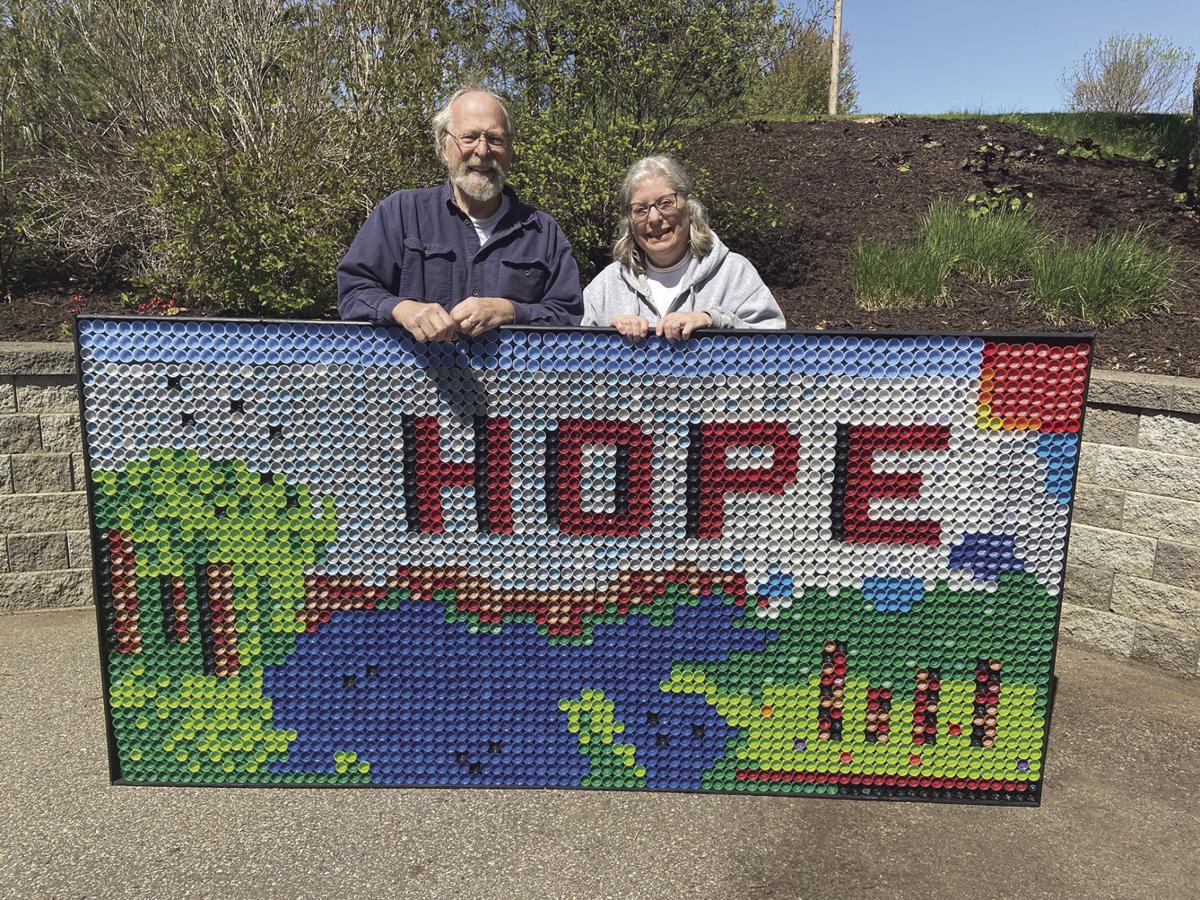 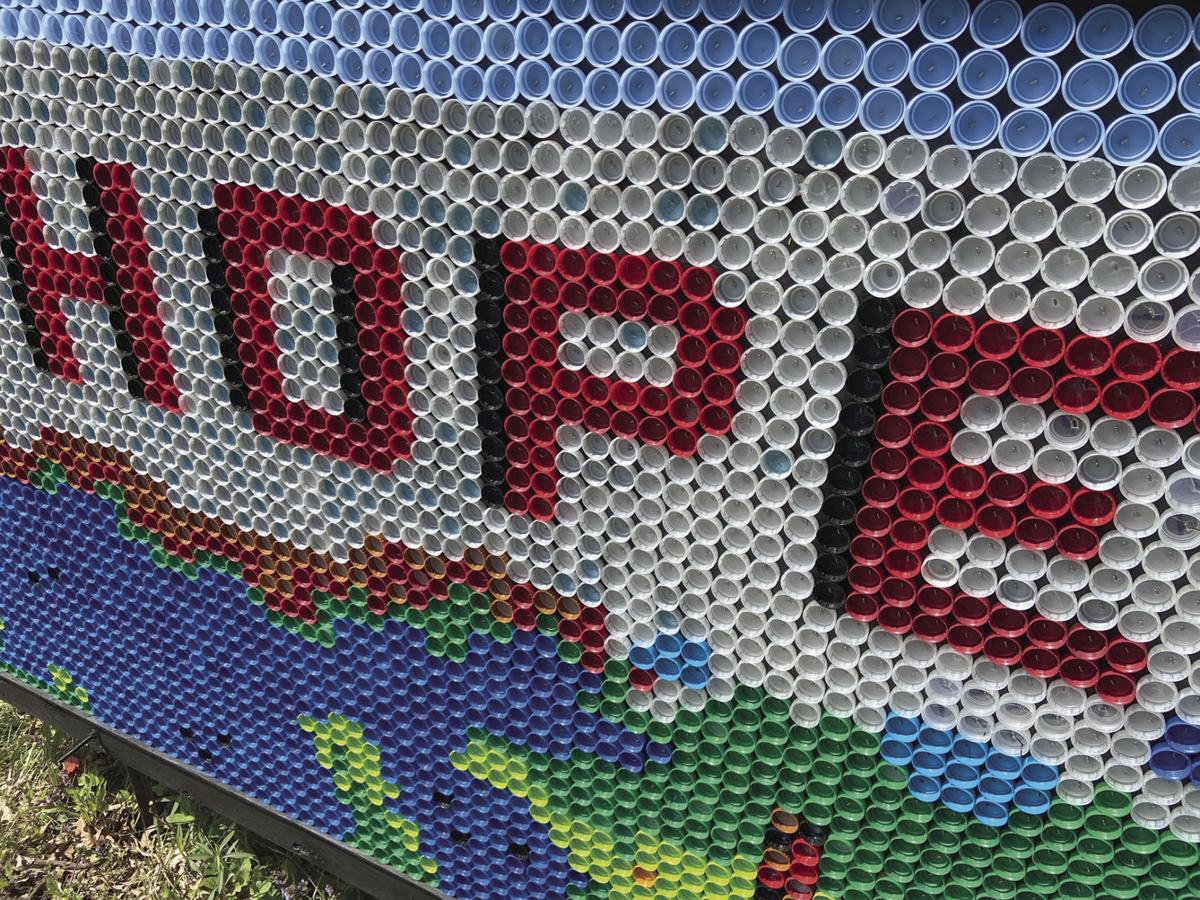 John and Ann Loch wanted to provide the community with an inspirational message during this trying and stressful time. Hours of pondering the mechanism of doing this led John to create a mural using pop bottle caps of different colors that now sits on the corner of Dominica Way and Diamond Path on the Rosemount-Apple Valley border.

John and Ann are members of the Rosemount Area Arts Council and were actively involved in a previous Rosemount community art project using 9,600 painted wooden 1-by-1-inch tiles that members of the community individualized. The resulting mural hangs in the lobby of the Robert Trail Library.

The “Gratitude Wall” became the next project. For it, members of the community are asked to write what they are thankful for on colored squares of paper. The squares are then rolled and inserted into pegboard holes on which local artist Laura Baker had created a painting that represents “gratitude.” The public is encouraged to send ideas for the wall to the RAAC gmail, Rosemountarts@gmail.com. Project leaders will record the messages and add them to the wall. Completion is expected this fall.

Another idea that John found in his web search was creating a mural or design using colored plastic pop caps. One community created a mosaic of Elvis Presley. Thinking this was a great idea for keeping the plastic caps out of the trash stream, he requested RAAC members, family members and friends to save caps. Over the period of a couple of years, thousands of caps were turned in.

These resided in a number of large boxes in the Loch garage. With the onset of the pandemic, John decided to create an inspirational message using these caps. First, Ann and John sorted the caps and ended up with containers of about 12 different colors of various amounts from five to 2,000. Next they created a design using the colors available, which presented challenges. They decided that the mural should contain a word, albeit short, that would send a supporting message to the community. They landed on the word “hope.” Hope that tomorrow will bring better times.

Then the slow and challenging process of arranging the 3,200 bottle caps, aligning them in straight rows, began. It was decided that the caps would be attached to a 4-by-8-foot piece of painted plywood using a staple air gun.

Of course, difficulties occurred. As soon as the stapling began, the vibrations of the air gun caused all the bottle caps to move. Some flew off the board while the rest configured themselves into the tightest design possible. No straight rows remained, so the arduous slow task of rearranging small portions at a time began. Some cap colors were more brittle than others and would shatter. A technique eventually emerged where four caps were held tight while they were stapled into place. The whole process took 30-40 hours. Things were learned so that if another project develops it should go smoother.

While the mural was being installed, numerous people gave them positive feedback on their adventure.

“The project gave satisfaction on several levels,” John Loch said. “Creating what we hope is an inspirational and supportive message to the community while being basically home-bound gave us a feeling that we were able to, in a small gesture, support the effort of getting through this trying period together. Creating an art piece using bottle caps that are generally discarded into the trash hopefully will inspire others to reclaim, reuse and recycle. After spending a lot of time and effort on a project that you are unsure will accomplish what you had pictured in your mind and being thanked by strangers is the best part.”