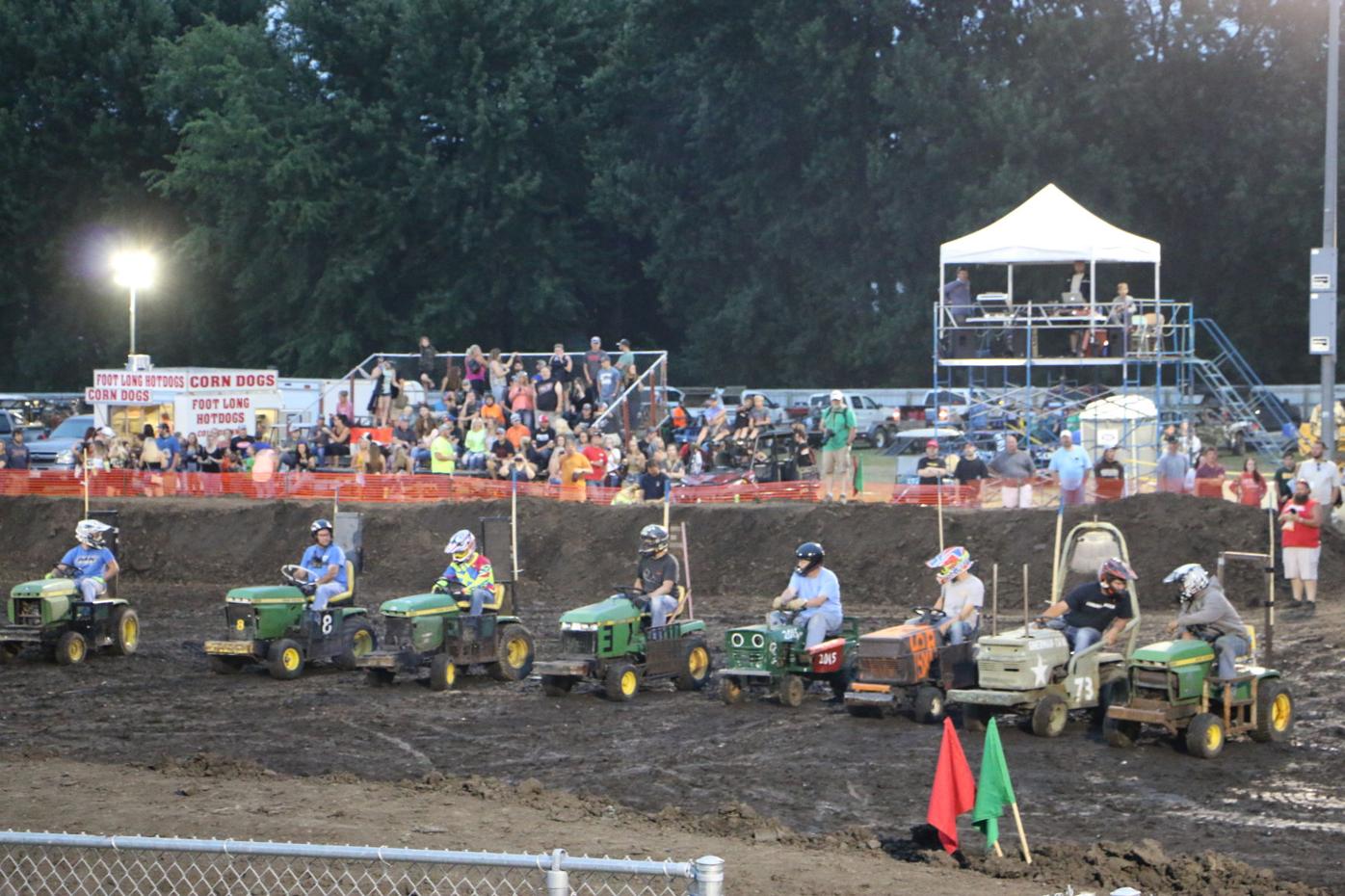 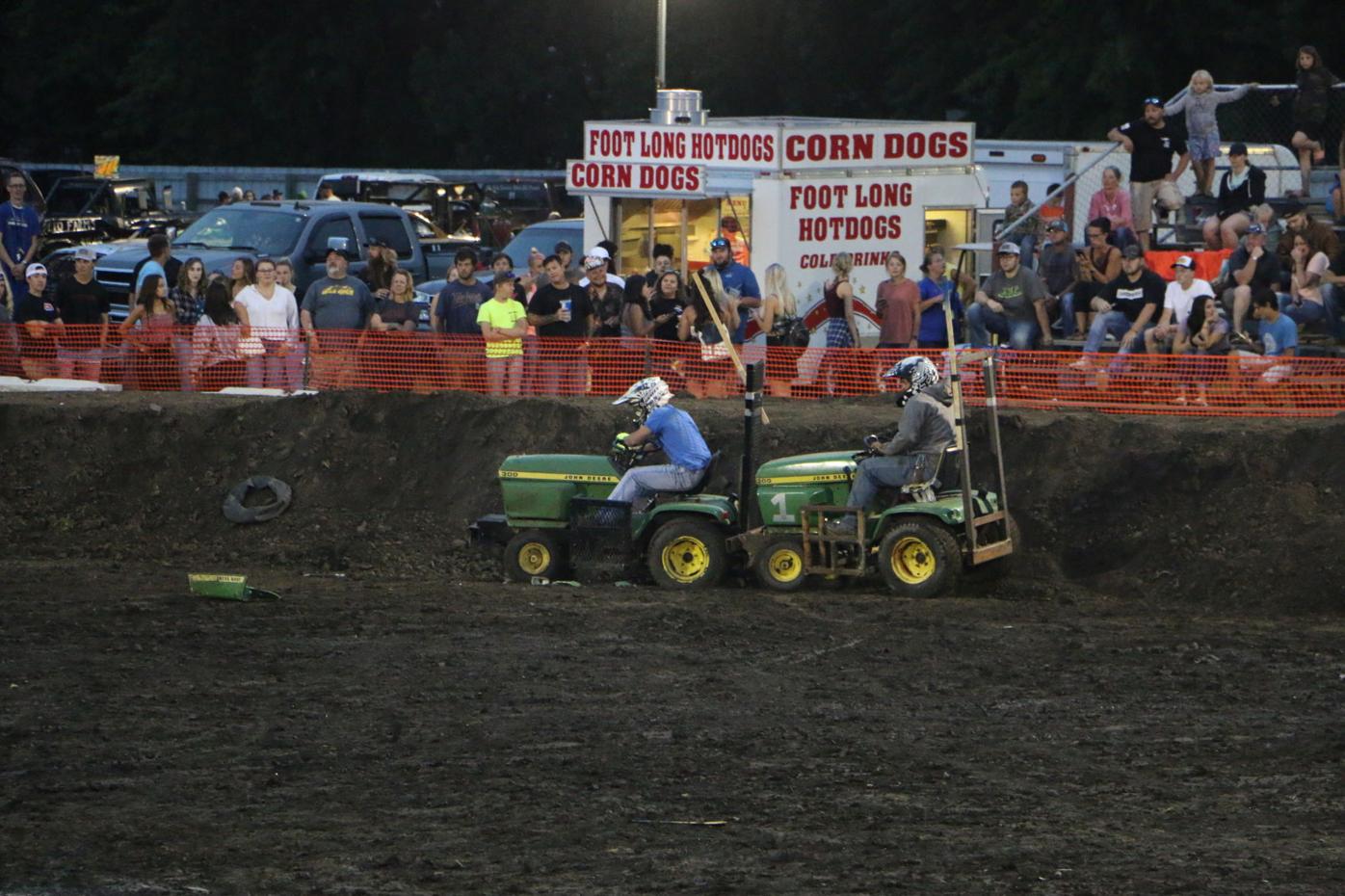 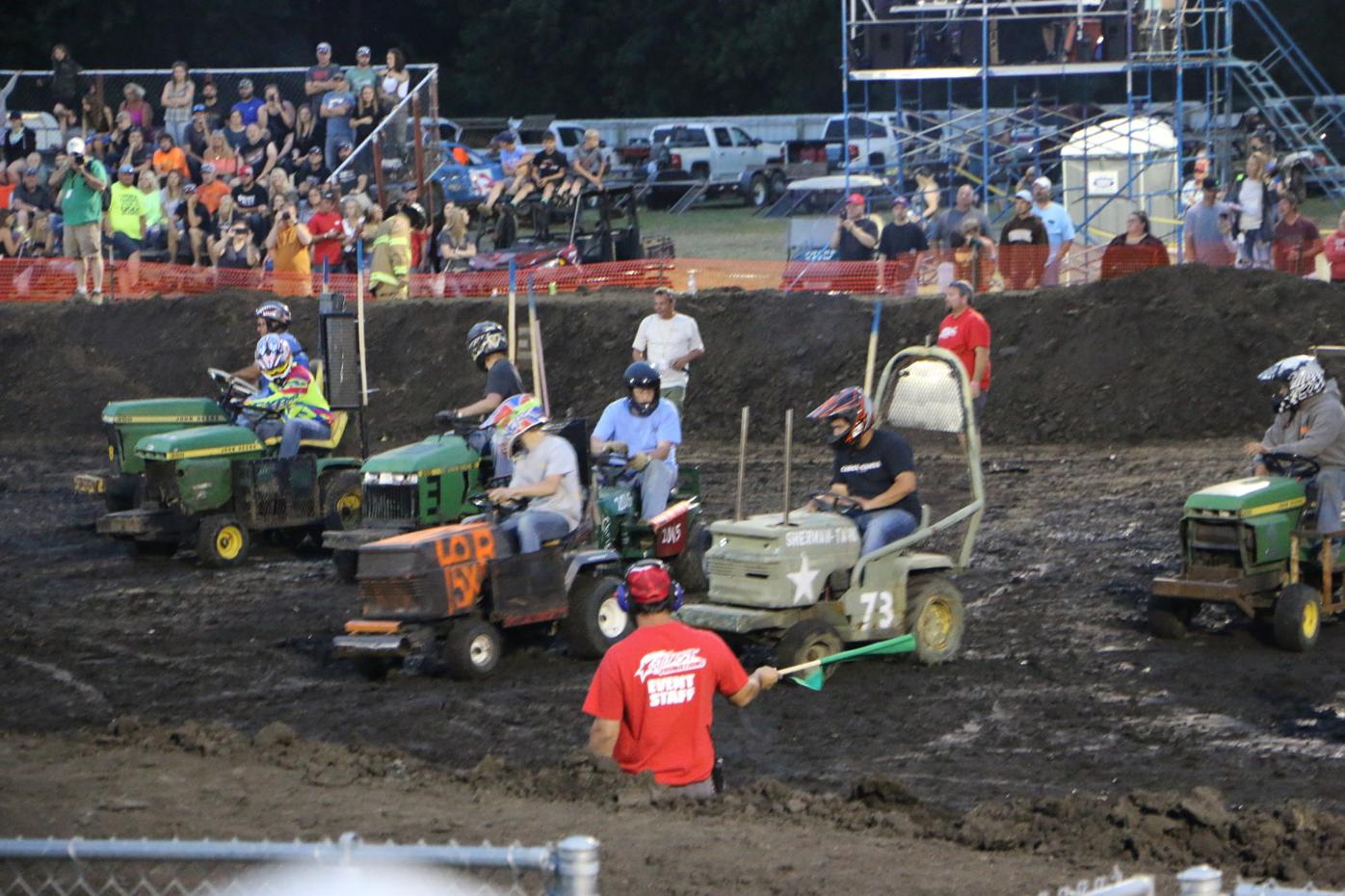 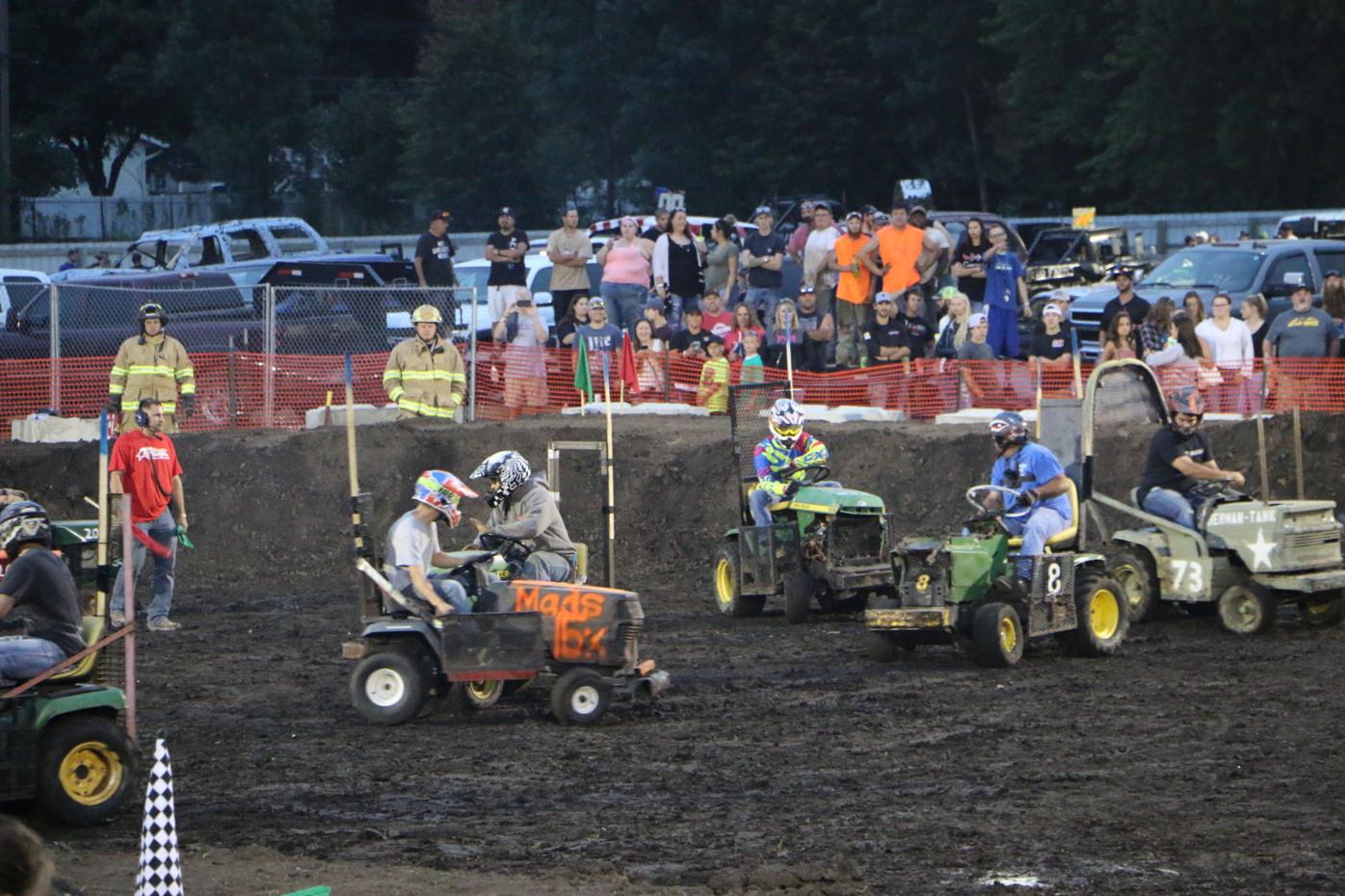 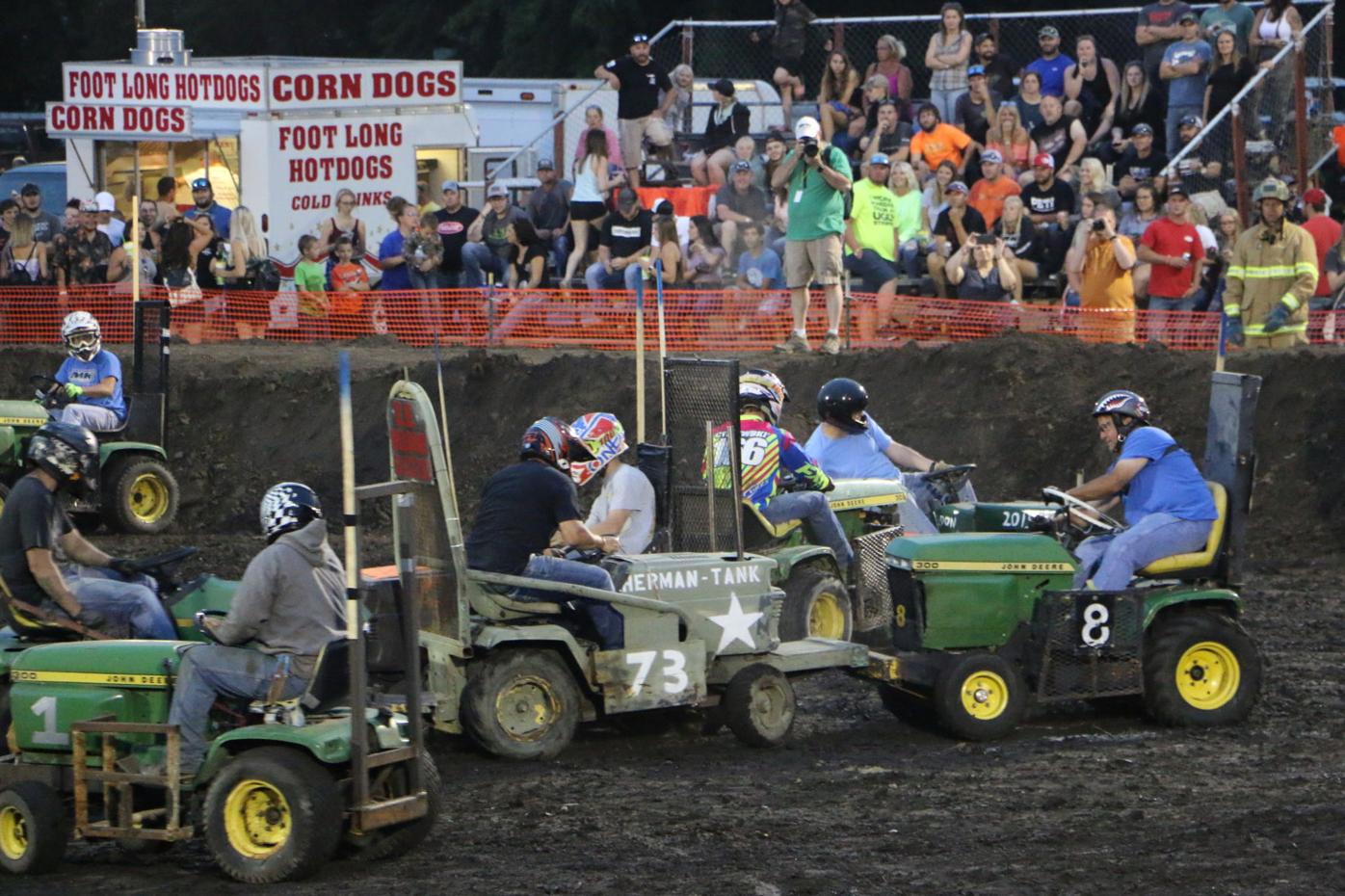 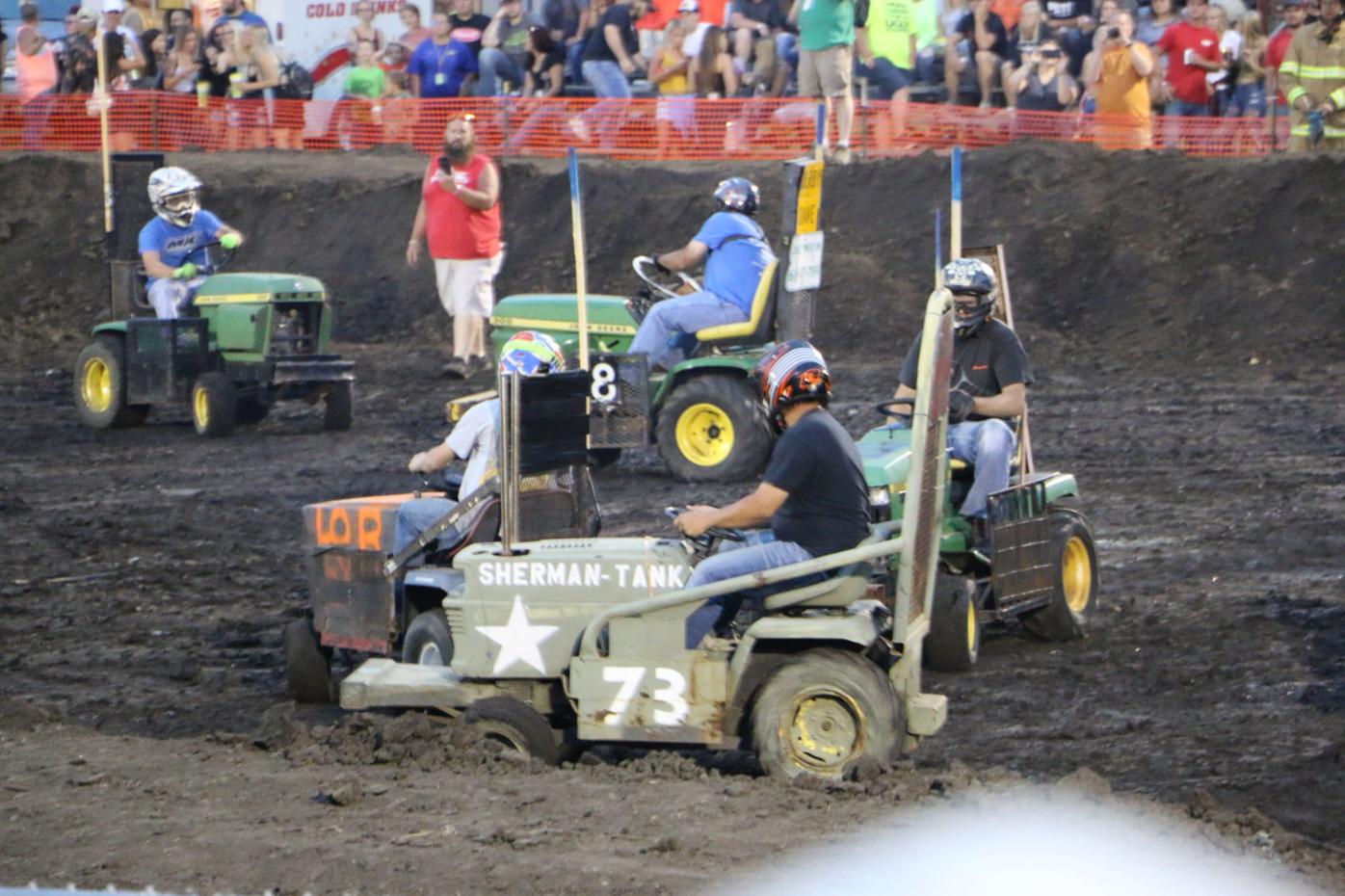 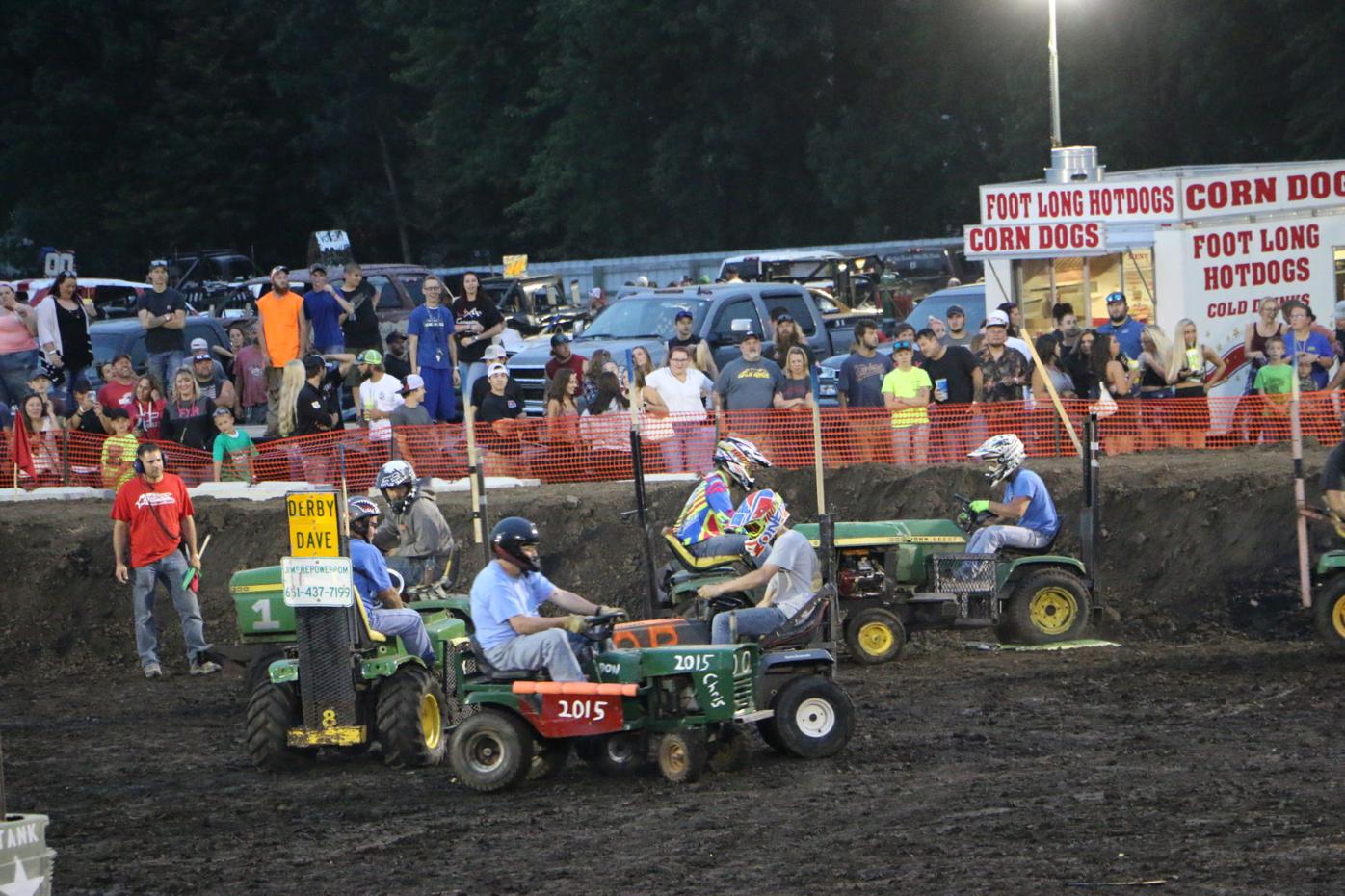 You know the TV commercial proclaiming it is not how fast you mow but how well you mow fast?

Well, it was how fast you can drive your riding lawnmower at the lawnmower races Saturday night prior to the demo derby at Dakota County Fair.

Riding lawnmower owners even wore helmets and drove their lawnmowers at top speeds in a curious competition of racing and bumper cars. This was certainly a cutting edge event devoted to die hard lawnmower guys who came ready to mow down the competition.

Who knew such a motor sport existed?

This is not a new grandstand sport and is popular across the country on the East Coast and in New York where it has even gained popularity, according to Jeff Wright, a director with the fair board.

This racing event was certainly appreciated by all who are passionate about manicuring and grooming their lawns while riding on beloved John Deere riding lawnmowers.

Minnesota Lawnmower Racing Association officiated the grandstand event that continues to show green shoots of popularity with fans in the grandstand.

The Lawnmower Race event can be compared to the popular Elko Speedway track event where school buses race wildly around the dirt track to cheering audiences.

Wright said “These guys have lawnmowers with engines that are powerful and if they were not spinning their wheels in the dirt, they would be able to race most cars.”