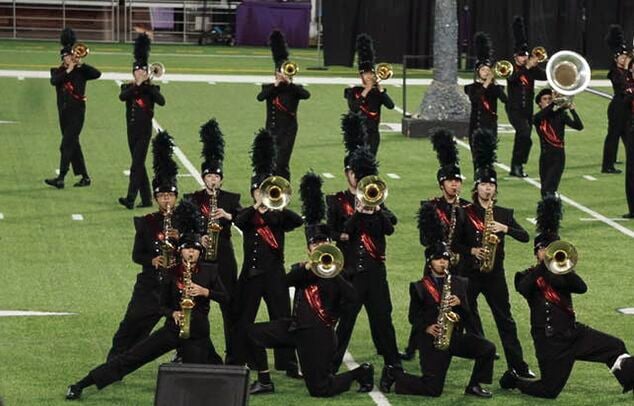 you can put two or three photos on the front. These aren’t the highest resolution images, but they are 6.6 inches wide at 144 dpi.

In their third time competing at Youth in Music, the band also won three of the four caption awards for the best Color Guard, Wind Section and Visual Performance. 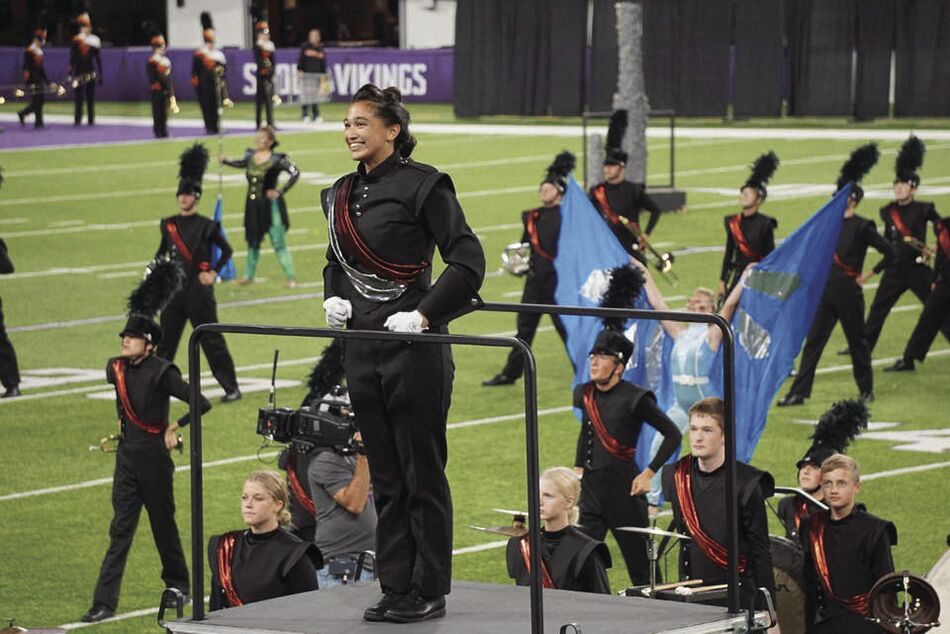 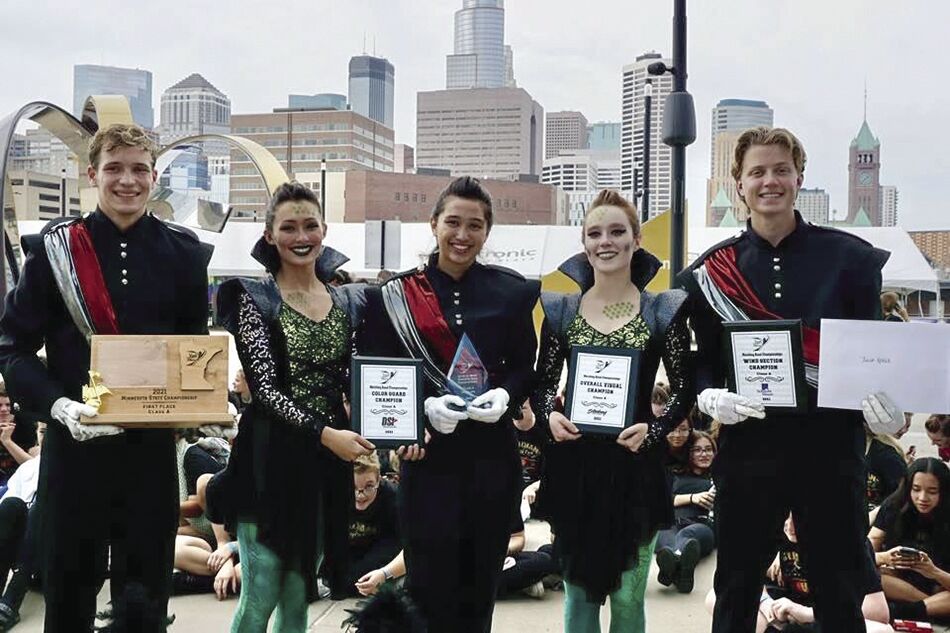 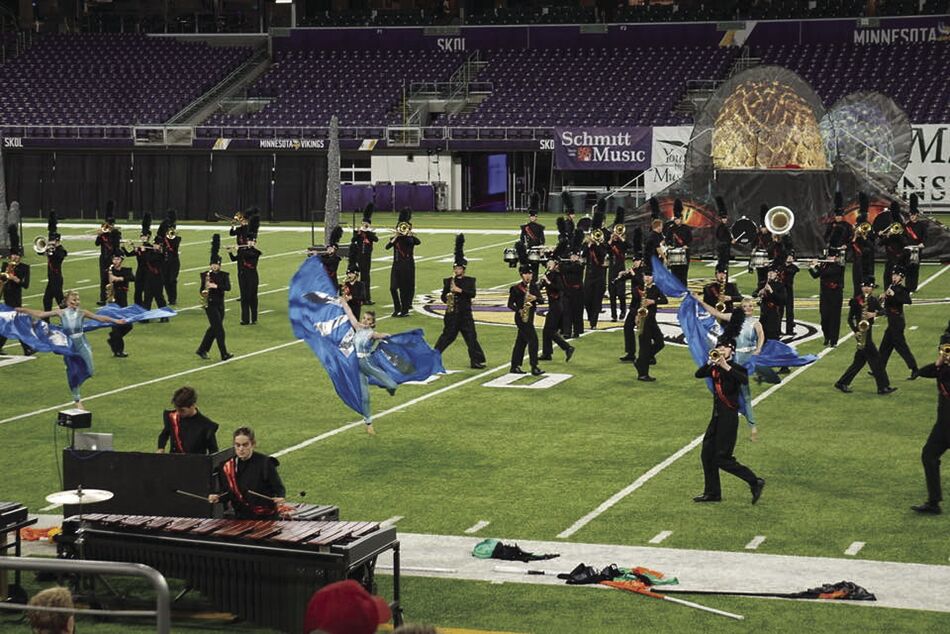 you can put two or three photos on the front. These aren’t the highest resolution images, but they are 6.6 inches wide at 144 dpi.

In their third time competing at Youth in Music, the band also won three of the four caption awards for the best Color Guard, Wind Section and Visual Performance.

In their third time competing at YIM, the band also won three of the four caption awards for the best Color Guard, Wind Section and Visual Performance.

Their championship performance in the morning earned them the honor to perform in the evening show for the grand championships among legacy marching arts programs from Minnesota, Wisconsin, South Dakota and Nebraska.

This year’s students’ journey to that final performance started at leadership camp on the stage of Lakeville South High School on June 15.

Band director Nick Catonguay directed the student leadership to write a letter to themselves, which had to include their goals for the season, a pep talk for when things get hard and why they wanted to be a leader. Castonguay’s band colleague, Chad Bieniek also wrote that letter with his ultimate goal being “seeing the smiles on kids’ faces after they created and performed a show they were proud of!” Bieniek told the students he wanted them to earn a spot in the night show because that would mean they performed their best show to win Class A and had the opportunity to play for a large marching band crowd, which would create the most smiles.

That is exactly what they did.

The band performed in three competitions prior to YIM. They earned one first-place finish at Irondale, but were outscored in the others.

The directors said the most impressive part was the band pushed hard in their final weeks of rehearsal and showed their hunger to be noticed as one of the youngest bands (only in their third year compared to many bands which have been competing for 20, 30 or more years) in the field performing at state. Their efforts paid off earning a score that topped all Class A and AA bands.

Lakeville South marches multiple parades in the summer and will be marching in Ireland at the Dublin St. Patrick’s Parade in March 2022, but five years ago students wanted to start a field marching program. Fueled by the passion of the students that made up the band program they started a color guard under the guidance of Melissa Nielsen, learned what made up a field show, started to create a marching band staff and sought donations to purchase the needed equipment.

Bieniek said that competitive marching band is one of the fastest growing activities in the country, but also one of the most expensive. He said he is so grateful to community members who see the awesome things the Lakeville band family does and want to support however they can to make the activity possible for all students.

The marching band is made up of just over 120 members and are led by senior drum majors Ari Maurer, Andrew Stotz and Jacob Welch.

Bieniek and Castonguay said they are passionate about the marching arts because they teach discipline, hard work, collaboration, non verbal communication, persistence, and dedication among many other character traits to help them the world beyond high school.

Marching band is a true of team sport and arts activity. The band spends hundreds of hours perfecting a 9-10 minute show and not one person receives individual accolades, a time-out can not be taken if someone makes a mistake or forgets something, if one person performs below 100% the entire band suffers and no one sits on the bench, every single performer is integral.

Bienek said that it is due to those aspects of marching band performance that the smiles showing the pride on every single face after their championship performance were so sweet.

The band will perform on their home stage at Lakeville South on Saturday, Oct. 30, for its annual Band Breakfast Bonanza. Attendees can eat waffles in the commons and listen to jazz bands starting at 8:30 a.m., participate in games, check out the silent auction, with the performance of the marching band and the entire band program at noon, concluding with the directors taking a pie in the face at 1 p.m. to earn money to keep growing the opportunities they want for their students.

The band program is heading into the winter guard season, which starts in early November.

The group trains during the early weeks to create a show to be performed in a gymnasium.

A parent winter guard meeting will be Nov. 8 from 5:30-8:30 p.m. During the meeting, Melissa Nielsen will provide an overview, and students will spin flags with coach Jonathan Su.

“Their passion for beauty and developing humans is unmatched and we are so blessed to have them in Lakeville,” Bienek said.

Winter guard is open to all 7-12th grade boys and girls who are interested in dance or have the passion to learn something new while developing their guard skills and character with a great group, Bienek said.