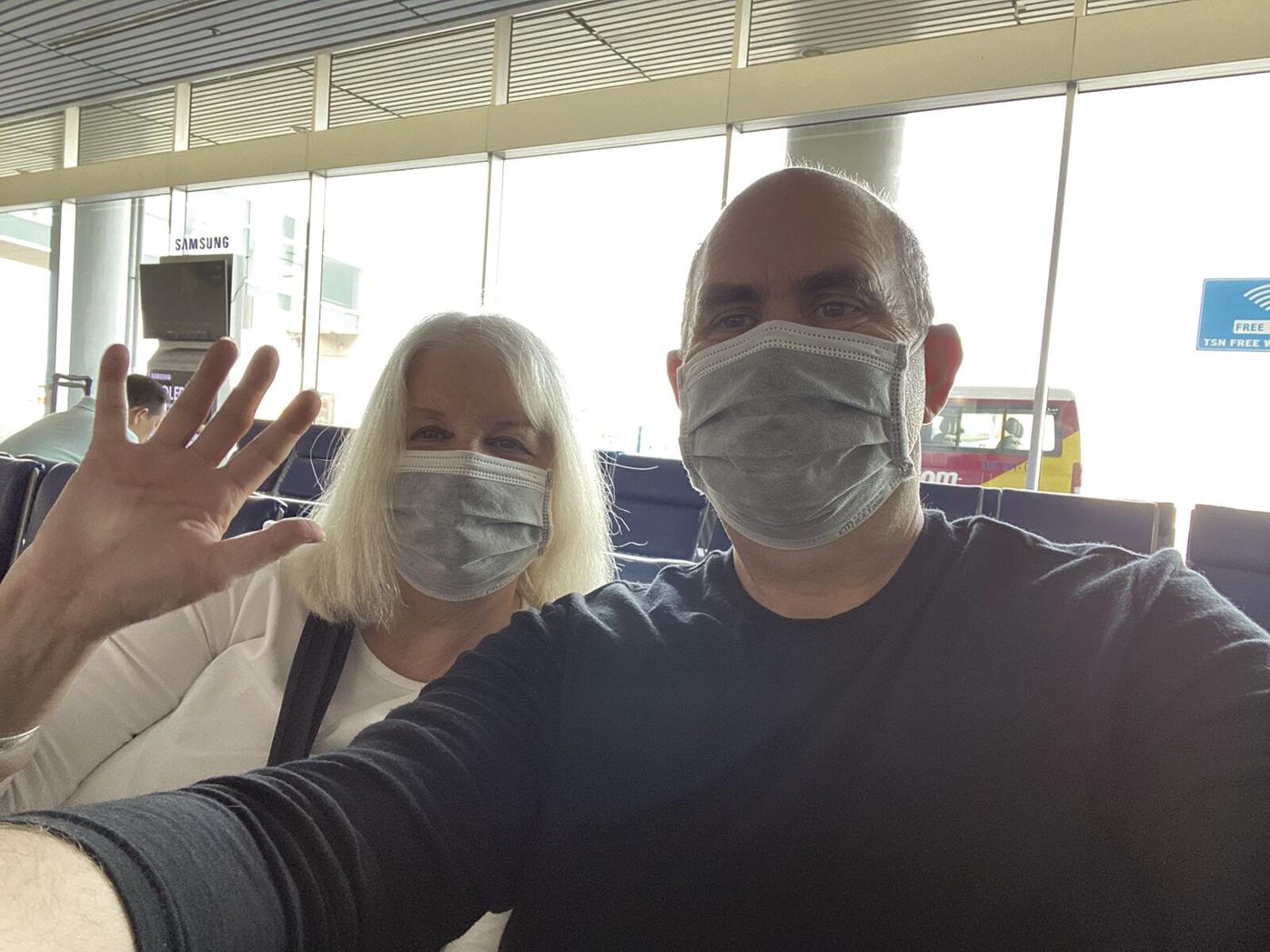 On Feb. 6, 2020, Kenneth and Rita Britton were at the airport in Ho Chi Minh City not long after COVID-19 started spreading across Asia. He said that time that everyone was wearing a mask. 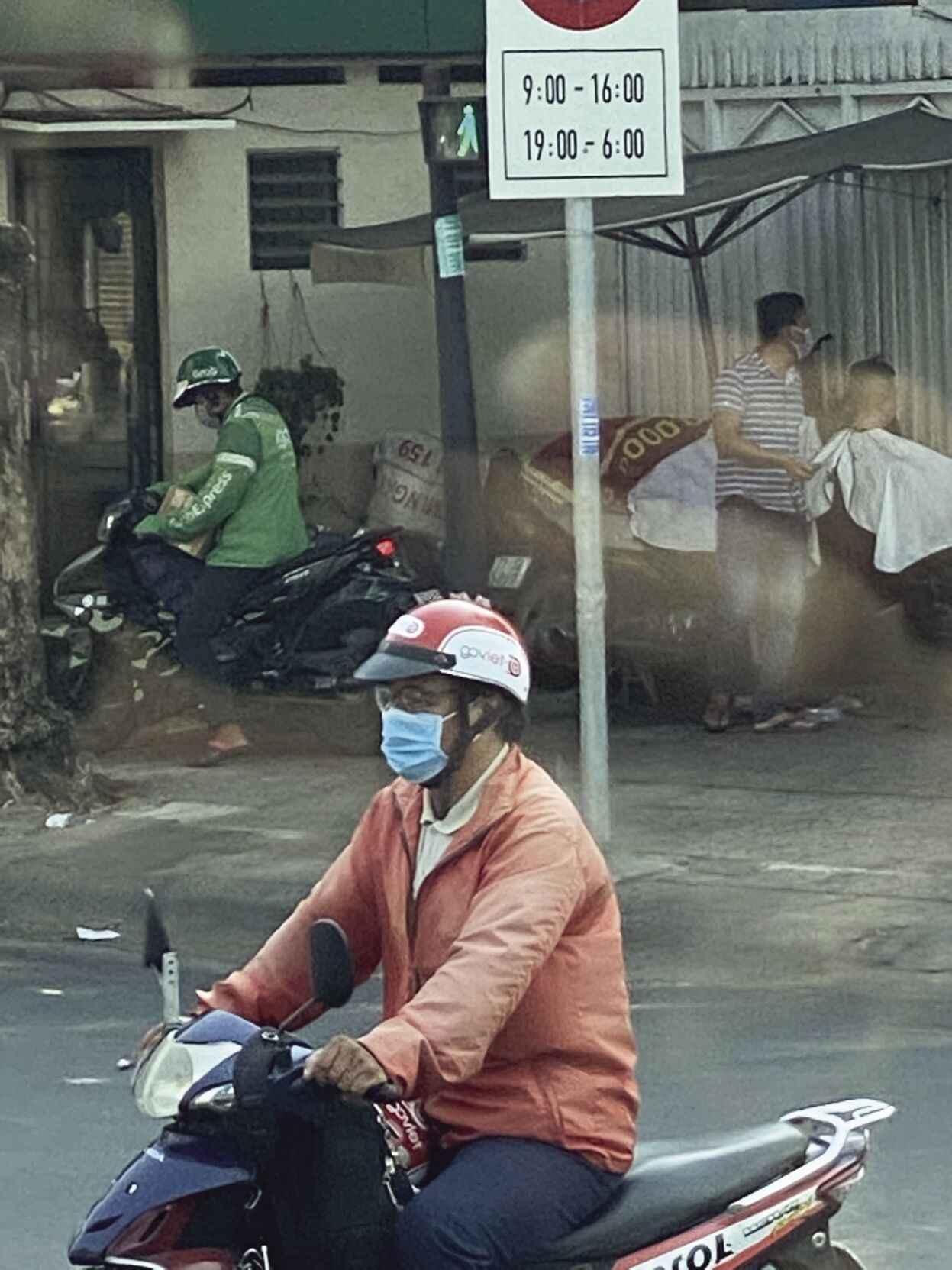 In the early days of the COVID-19 pandemic in Asia, Kenneth Britton said that mask-wearing was common among local residents.

On Feb. 6, 2020, Kenneth and Rita Britton were at the airport in Ho Chi Minh City not long after COVID-19 started spreading across Asia. He said that time that everyone was wearing a mask.

In the early days of the COVID-19 pandemic in Asia, Kenneth Britton said that mask-wearing was common among local residents.

My travel bag is itching to get out and get going again. Some days I don’t think I can stand to look at one more travel brochure or email with cruise offers, and let me tell you there have been so many that I have been deleting them like a mad man. Is it really going to be safe to travel again? Can I really sign up for that cruise offer? Who knows, but I am a lot more optimistic now about it than I was even a month ago.

We were in Southeast Asia in January and February a year ago as part of an around the world trip, when COVID-19 first became a thing. The Chinese New Year on Jan. 25, 2020, found us in Hanoi, Viet Nam. That was quite a celebration. Kind of like rolling Christmas, Thanksgiving, and the Fourth of July all into one big extravaganza of food, family and fireworks. Very shortly after that as people returned from visiting family, including in China, the first and then the second case of COVID-19 in Viet Nam were reported. The response by our tour directors, the government, and people in general was almost immediate and was very strong. Masks were handed out right away and everyone was told to wear them if you or anyone around you had a cough or sniffles. Hand sanitizer was distributed. Sanitizer wipes were given every time we came back on the bus. There were a lot of conversations about COVID. No one really knew anything for sure. Some of the advice we received was safe but not very scientific. Our guide assured us that as long as we all did some exercise and drank green tea three times a day we would be OK. I like a little exercise and I like green tea but I don’t think I want to trust my life on them. The same guide also was the one who made sure we had and used our masks and sanitizer, so I think all in all his advice was pretty good.

We were in Viet Nam and Cambodia for the next two weeks and we were all watching the news to try to understand what was going on with the virus. The case numbers increased very slowly and although it was a concern no one seemed to be overly worried. The tour was excellent and we thoroughly enjoyed ourselves. Mask usage remained largely based on symptoms, but every day it seemed like more and more people were wearing them. By Feb. 6, 2020, the situation definitely started to change. I have a photo of us sitting in the airport in Ho Chi Minh city waiting for our flight to Seoul, South Korea, with a comment, “Everyone has a mask on. We would feel naked if we didn’t wear it.”

South Korea took mitigation to a whole new level. All passengers arriving at the airport were screened for illness and temperatures taken. Everyone was wearing a mask. Billboards were up all around with pictograms to wear a mask and wash hands. There were announcements on TV about it. The entire city and country seemed to be on high alert and unified in preventing the spread of this disease. I have asthma and without being sick I had a coughing spell in a taxi while wearing my mask. The driver immediately put down all of the windows and raced to get us to our drop off. If we hadn’t been within a few blocks I think he would have kicked us out of the cab. By this point we were starting to wonder if we would have any trouble making it back home. The news started talking about airport screening and possible travel restrictions. Fortunately, we had not been to China and we only planned a few days in Korea before flying on to Honolulu.

The airlines made a big deal about the screening that would be done on arrival in Honolulu and how we might be refused entry or have to quarantine. But when we got off of the plane no one was there to screen us. The signs were up. The desk was there. But no one was there and there was no screening. We collected our bags and went on to our hotel. No one wore a mask in Honolulu. A few days later we flew back to Minnesota and arrived without any screening or concerns. Not long after that borders began to close and travel became much harder. Our timing was good. We were fortunate. We had the opportunity to see how seriously some countries adopted mitigation strategies and contrast that to our experience here in the U.S.

At this point we have both had our full vaccination for COVID-19. There are questions that are not fully answered about the variants and if a booster will be needed or not. But, that last email cruise offer I received about a trip through the Panama Canal in January 2022 has really got my attention. I am already brushing off my credit card and travel bag. Happy travels again are in my sights and I hope they are in yours as well.

Kenneth Britton is a retired physician and an Eagan resident. He and his wife, Rita, a retired teacher, have traveled in 38 countries, 41 states and two U.S. territories. He will offer an occasional column on travel in Sun Thisweek and the Dakota County Tribune. Columns reflect the opinion of the author.