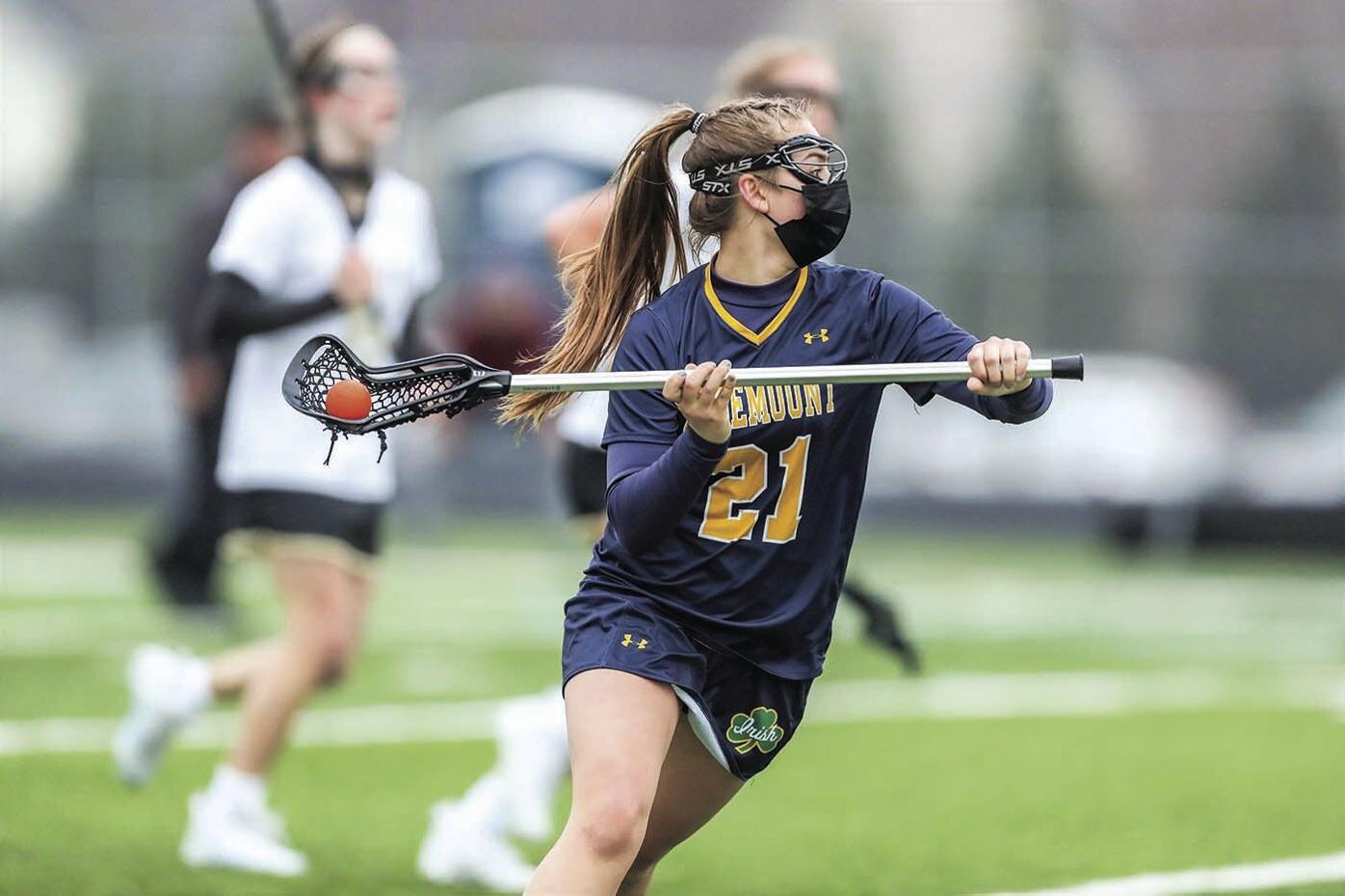 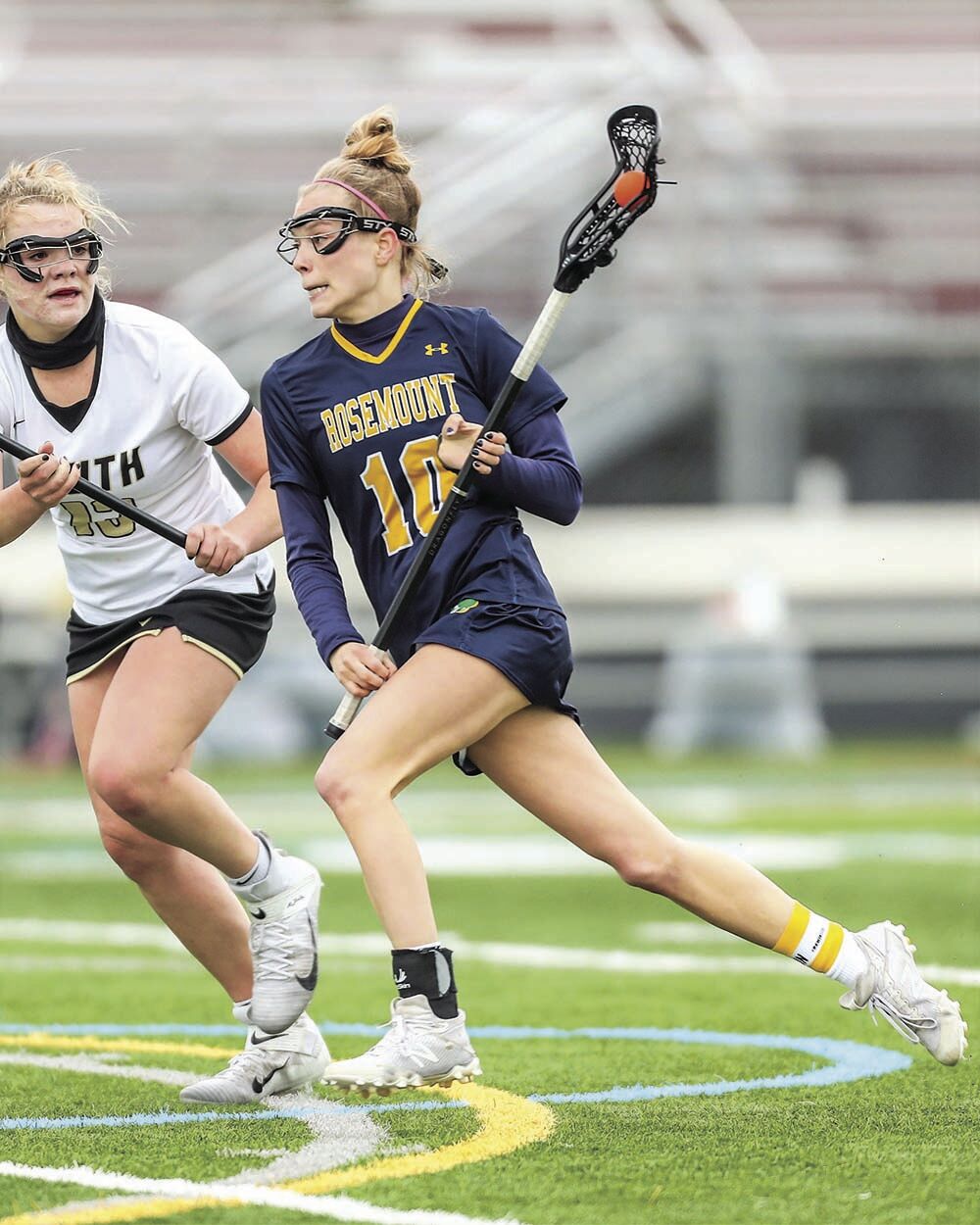 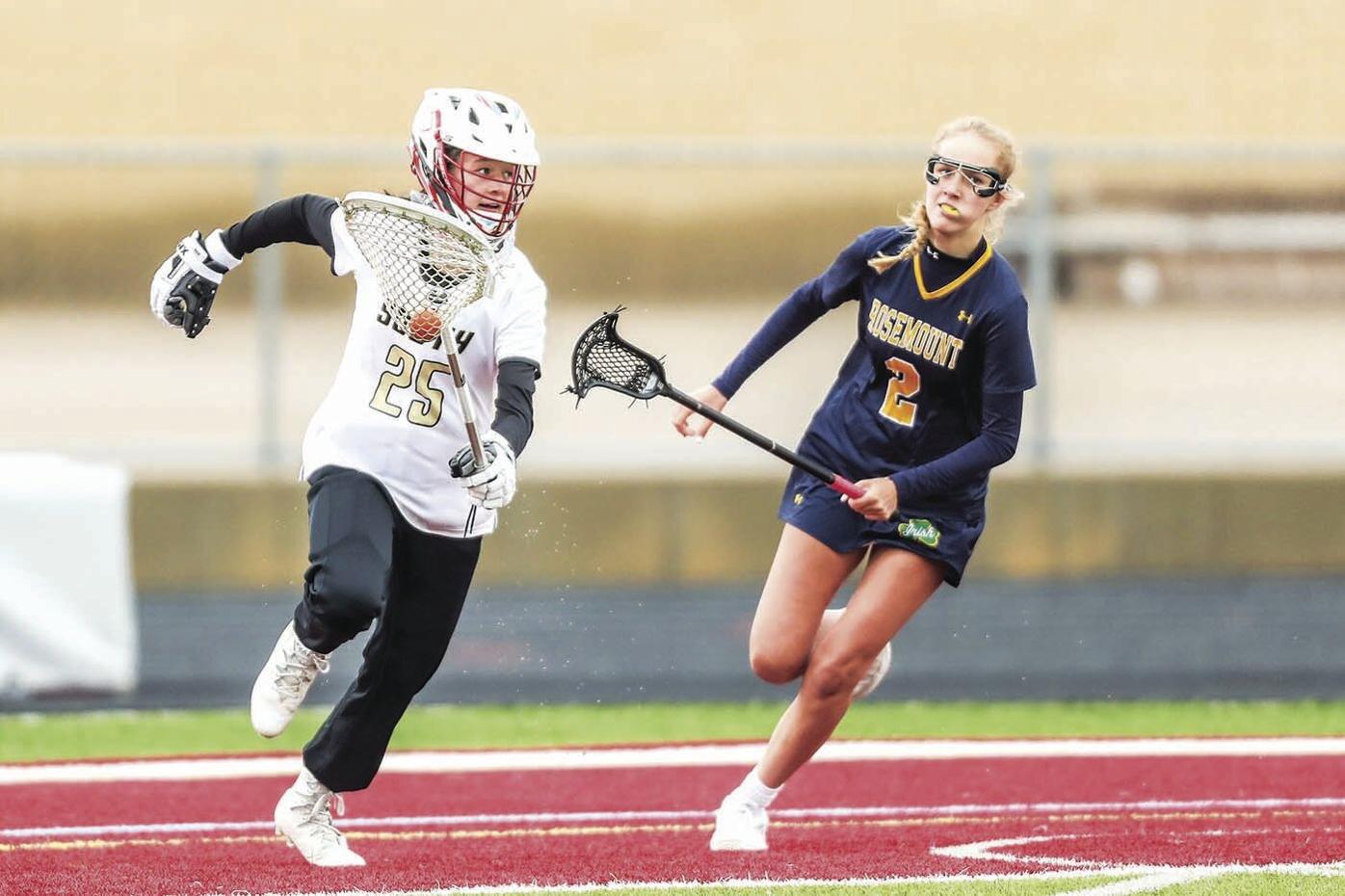 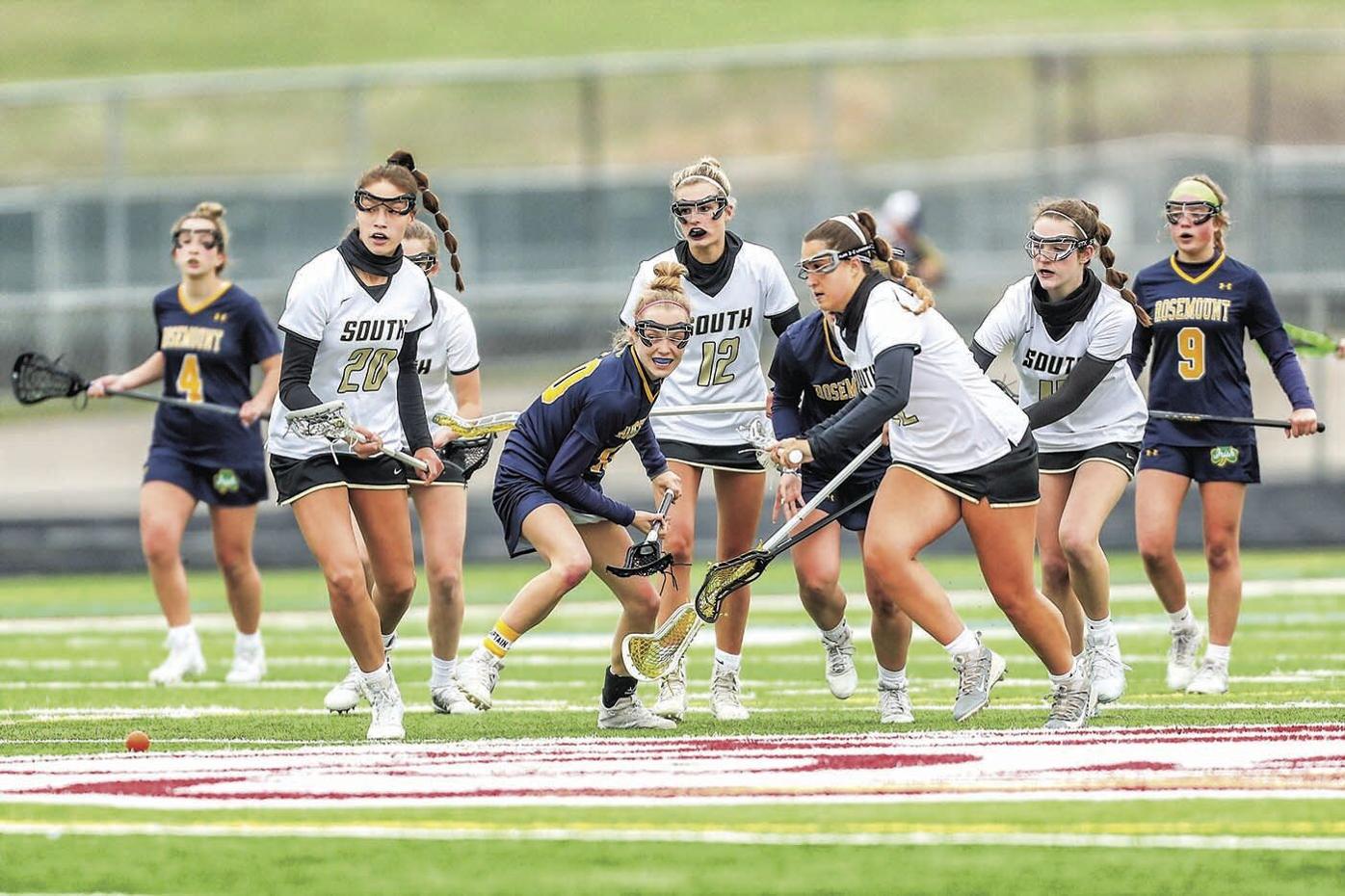 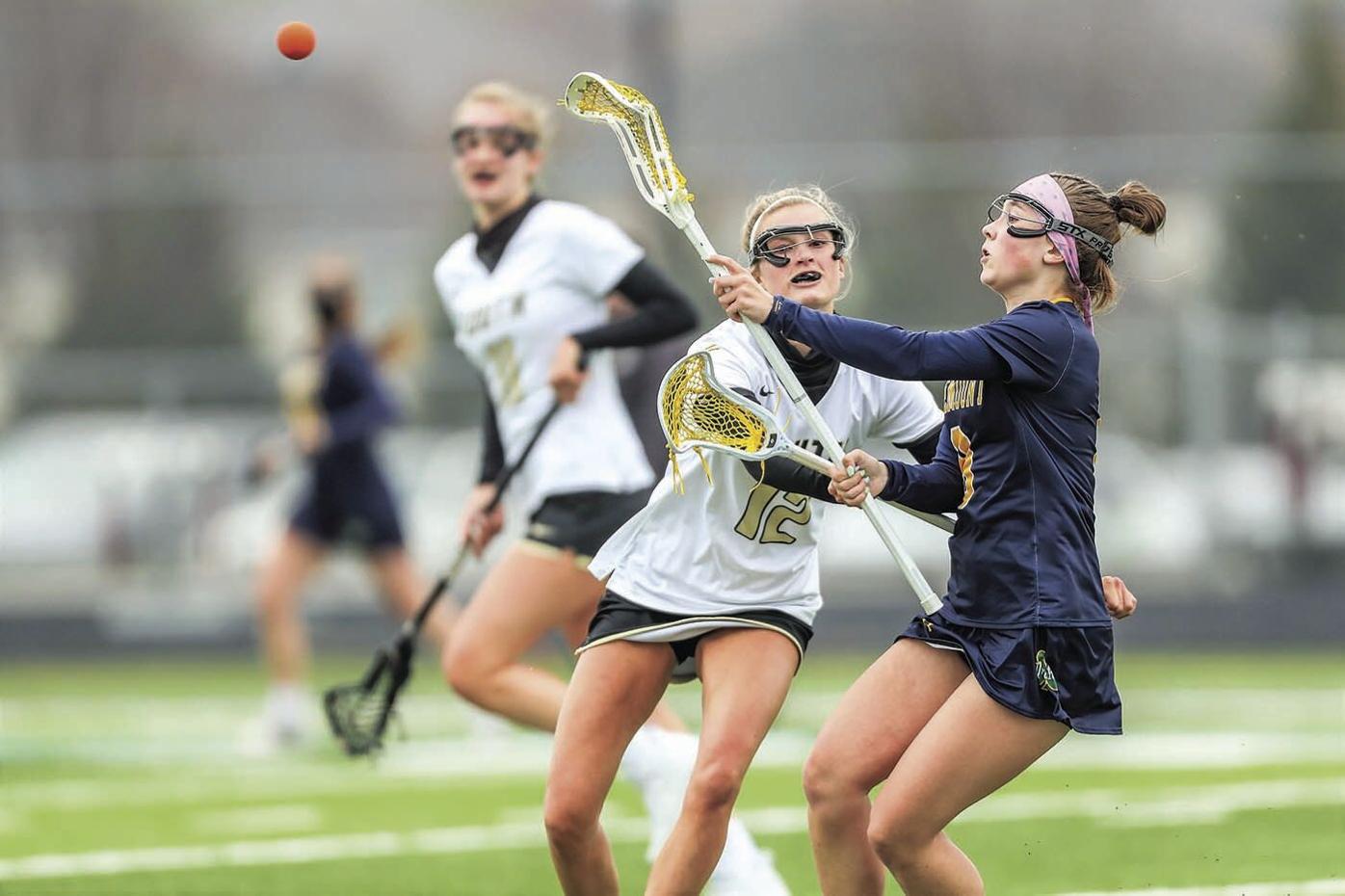 The race was on for the ground ball as Lakeville South players Ellen Sheets (20), Ellie Hilliard (12), Brielle Fannin and Sivanna O’Brien raced Rosemount’s Sayla Lotysz during an April 23 girls lacrosse game. South won 14-11 in a game between potential contenders for the South Suburban Conference championship.

Sayla Lotysz pushes the ball upfield for Rosemount in the Irish’s girls lacrosse game at Lakeville South on April 23. Ava Whelan scored five goals and Emma Duchscherer four for the Irish, who lost 14-11.