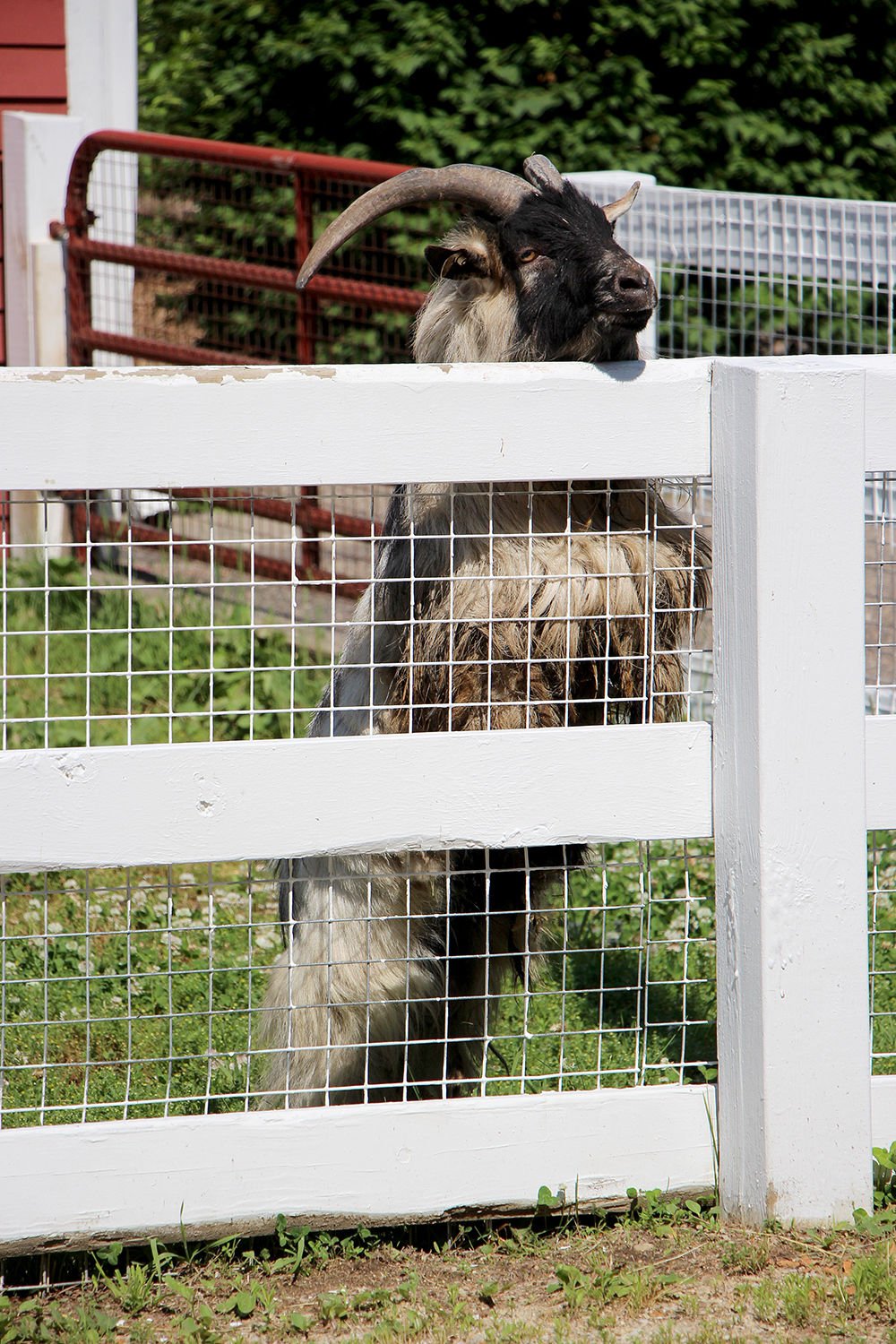 A goat peers over the fence at the Minnesota Zoo’s Wells Fargo Family Farm on Sunday, June 21. Part of the Beastly Boulevard’s route goes through the family farm area. 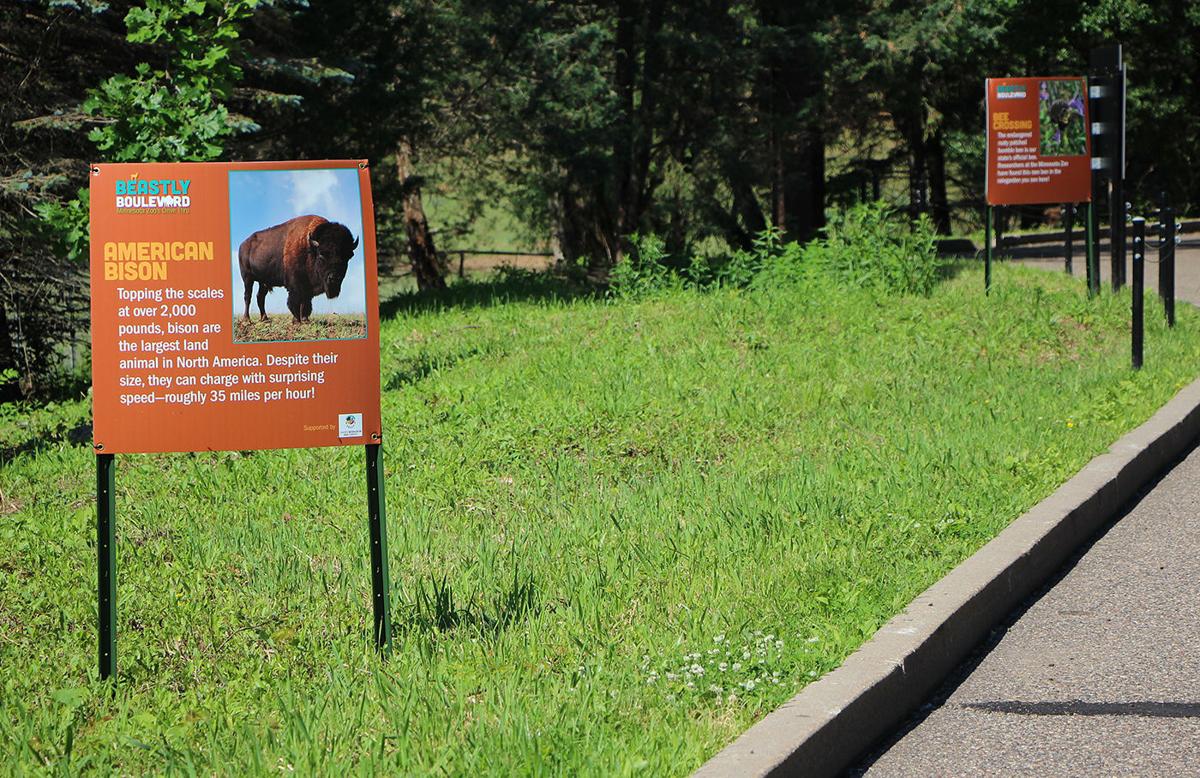 Minnesota Zoo visitors will see informational signs about the animals they’ll be passing in their cars during the Beastly Boulevard drive-thru tour. 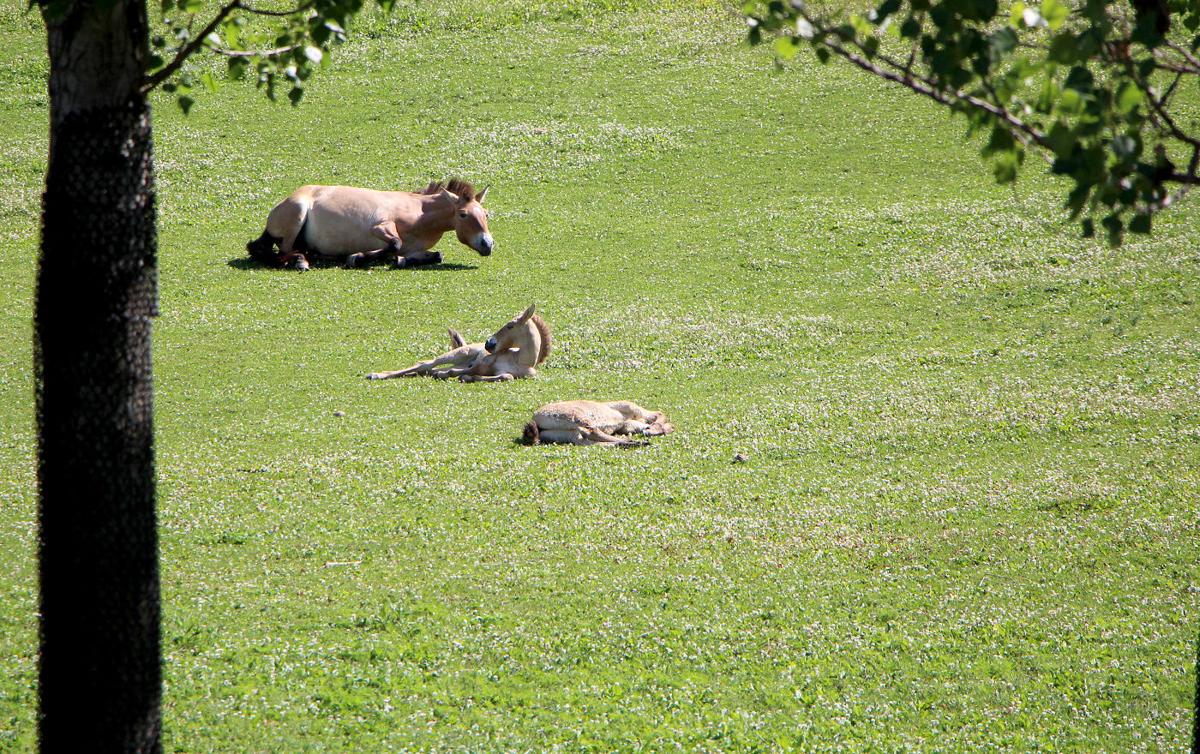 A goat peers over the fence at the Minnesota Zoo’s Wells Fargo Family Farm on Sunday, June 21. Part of the Beastly Boulevard’s route goes through the family farm area.

Minnesota Zoo visitors will see informational signs about the animals they’ll be passing in their cars during the Beastly Boulevard drive-thru tour.

The Minnesota Zoo premiered a drive-thru event this week to help raise money for the cash-strapped Apple Valley attraction that closed in March because of COVID-19.

Zoo spokesman Zach Nugent said zoo staff have been looking at ways to safely reopen the zoo since April. The zoo closed to the public March 14 in response to the COVID-19 outbreak.

The Beastly Boulevard drive-thru event was a way guests could be safely welcomed back to the zoo and provide another means for the community to support the zoo, Nugent said.

“We’ve looked at other zoos that have started this drive-thru. Zoos in Phoenix and El Paso, Texas, and other parts of the country have had great success with beginning to welcome guests safely back with a drive-through experience and then transitioning to that physically distanced zoo experience,” he said.

Gov. Tim Walz warned during a June 16 press conference that the Minnesota Zoo is at the point where it would have to close and move animals without additional funding support from the state.

“I think that’s a treasure for Minnesota. I think that it makes sense to keep that,” he said.

In a statement released after the press conference, the zoo said it’s projecting an approximate $15 million revenue loss for the biennium due to the COVID-19 pandemic. A proposed $6 million appropriation from the state would fund about 40 percent of the zoo’s anticipated revenue loss.

The zoo is a state agency and receives one-third of its operating budget from state appropriations and the rest is generated through earned revenue and contributions.

“The zoo has been closed since March 14 and a number of measures have been taken to reduce costs in areas that do not affect the health and safety of the animals. These include, among others, staff reductions, canceling or delaying major projects and freezing hiring and spending,” the statement says. “Unfortunately, these reductions are not enough to make the zoo whole and thus the appropriation is critical to help sustain the zoo. The zoo has actively been working on phased reopening plans. Even with those plans in place, the zoo will not be able to sustain long-term without this critical support given the significance of the revenue loss during the closure due to COVID-19.”

The zoo’s original request for state funding in a 2020 bonding bill included funding to re-purpose the shuttered monorail for creating a new Minnesota Treetop Trail, renovations to the animal hospital reopening the Nocturnal trail and infrastructure repairs.

Sen. Greg Clausen co-authored a bill for an additional $6 million to cover the zoo’s operation expenses. The House also passed a one-time $6 million appropriation in a supplemental bill but the entire bill was not voted on in the Senate, nor did it become law. Sen. David Senjem’s bonding bill appropriated $3 million for the zoo but it was only voted on in committee, according to Minnesota Senate DFL Research.

When asked about what the zoo’s next steps are, Nugent said zoo officials were waiting on what would happen with lawmakers and the governor.

Zoo visitors can participate in Beastly Boulevard by purchasing online tickets for a specific time and date from 10 a.m. to 4 p.m. Tickets are $25 per vehicle for zoo members and $50 per vehicle for non-members, and can be purchased at https://mnzoo.org/beastlyboulevard.

The drive is a no-contact event where guests will stay in their vehicle for the entire time. The zoo has provided digital resources to enhance the experience including an educational booklet for children and a playlist of animal-themed songs available for streaming on Spotify, according to a news release.

The Minnesota Zoo Foundation has a website at www.classy.org/campaign/hope-for-tomorrow/c279425 where people can made donations to support the zoo.