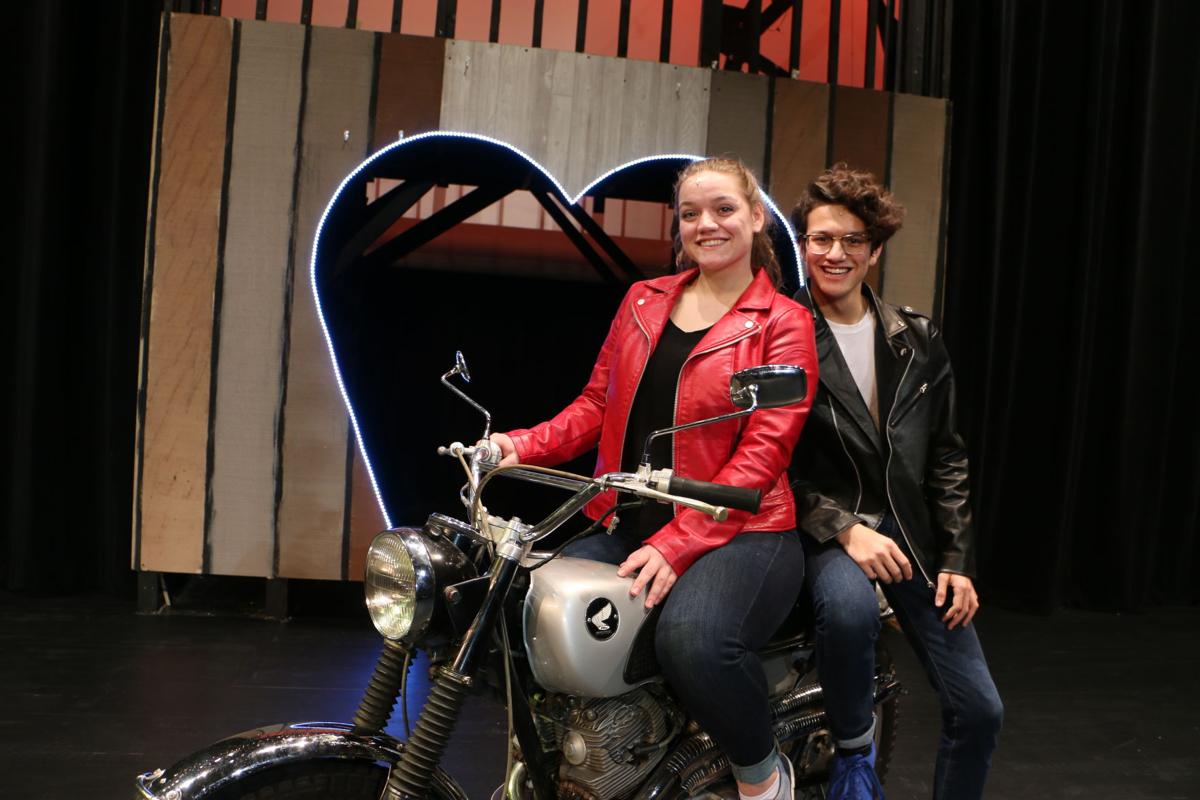 Farmington High theatrical students will present the jukebox musical All Shook Up on two weekends. Junior Sydney Hendrickson plays the lead female role Natalie, who falls in love with Chad, played by senior Isaac Bui. His  character is a roving, roustabout young man who rides his motorcycle and spreads his love of music. 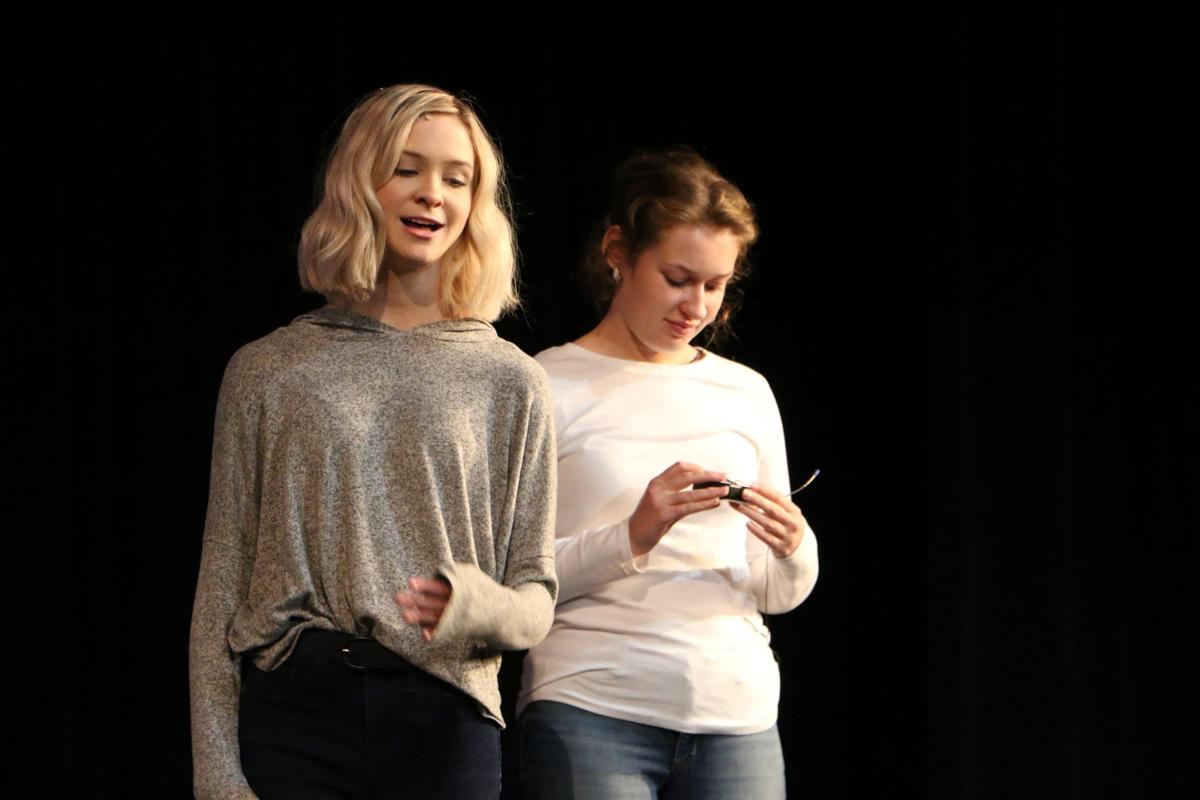 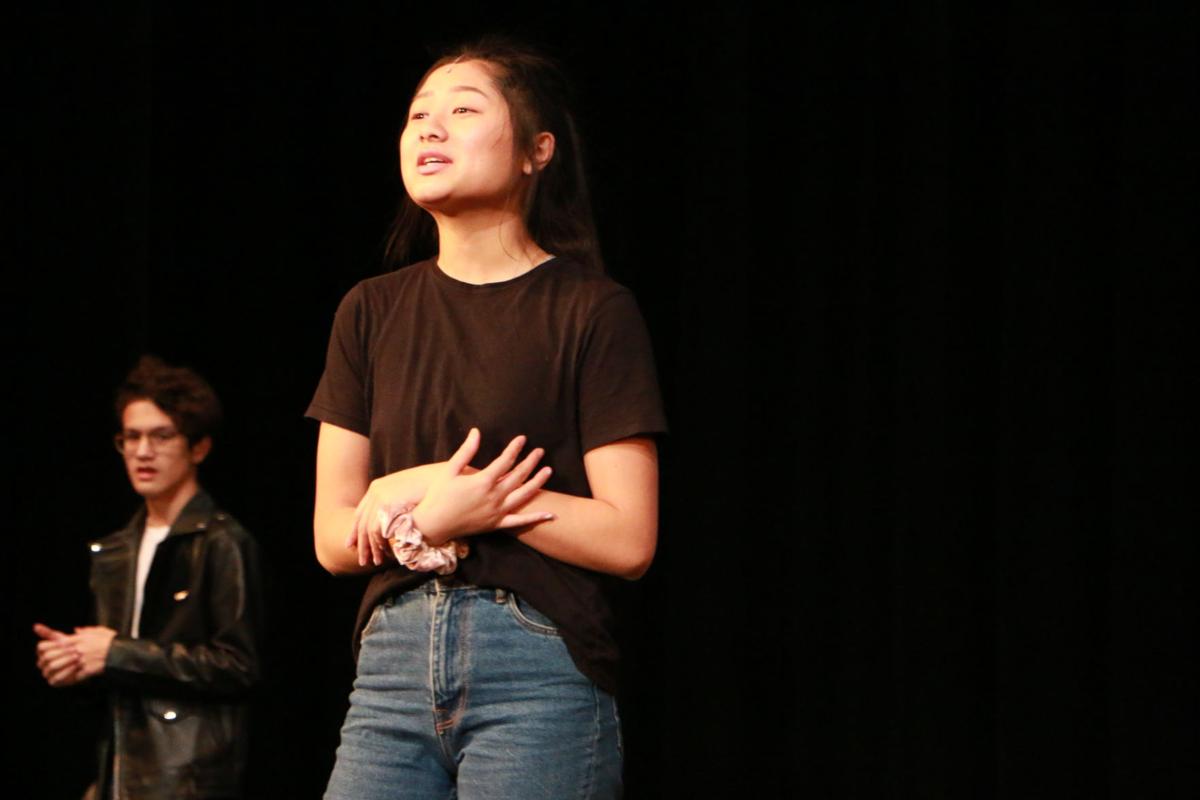 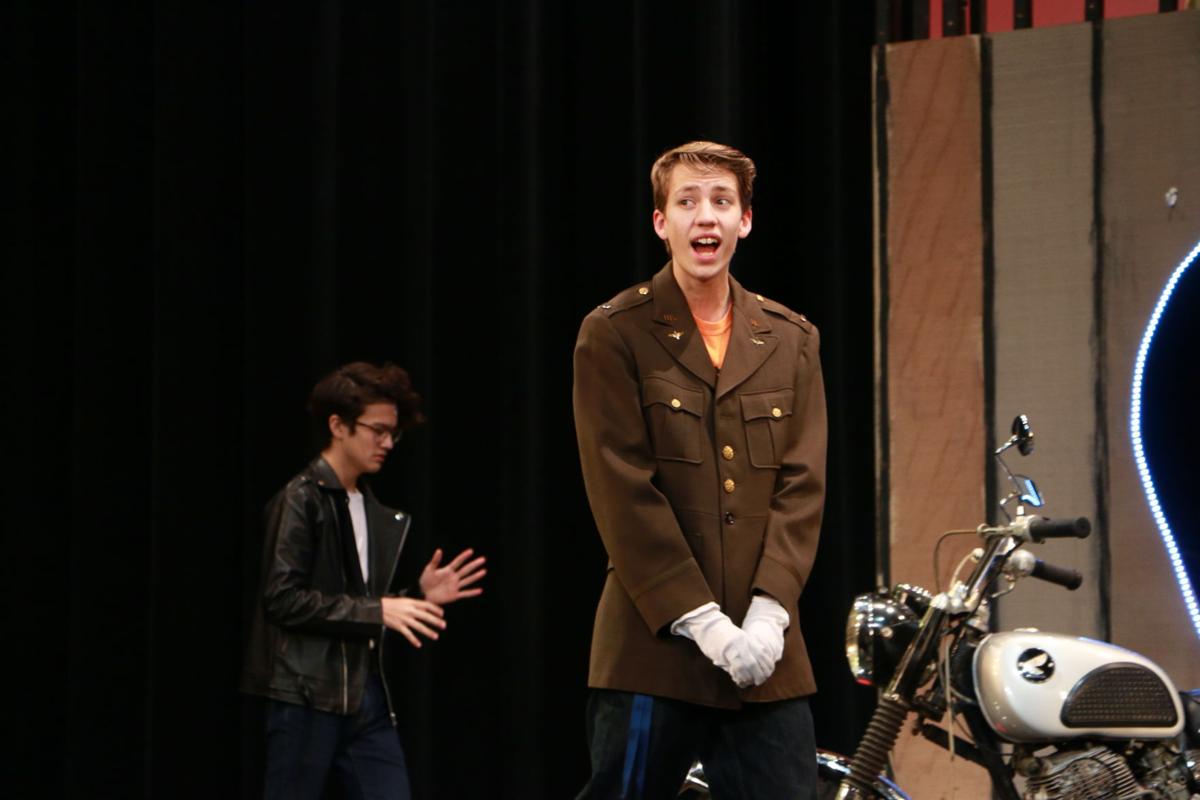 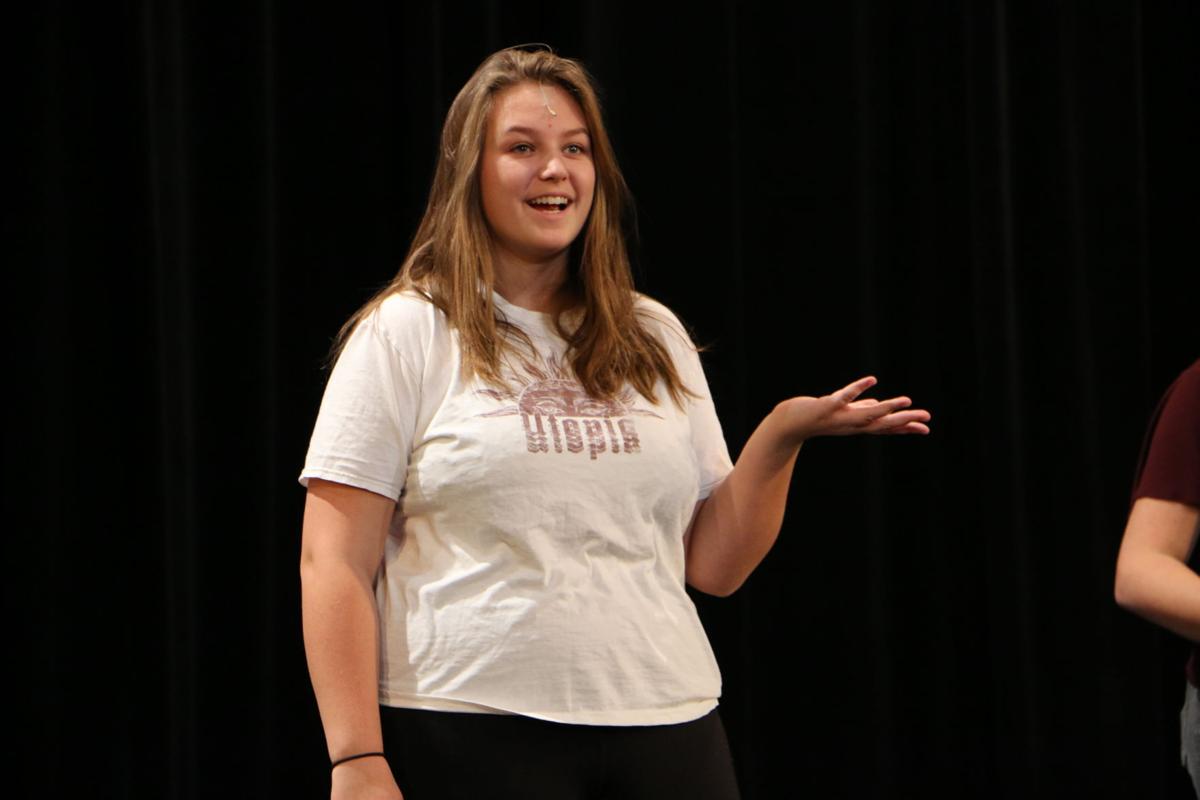 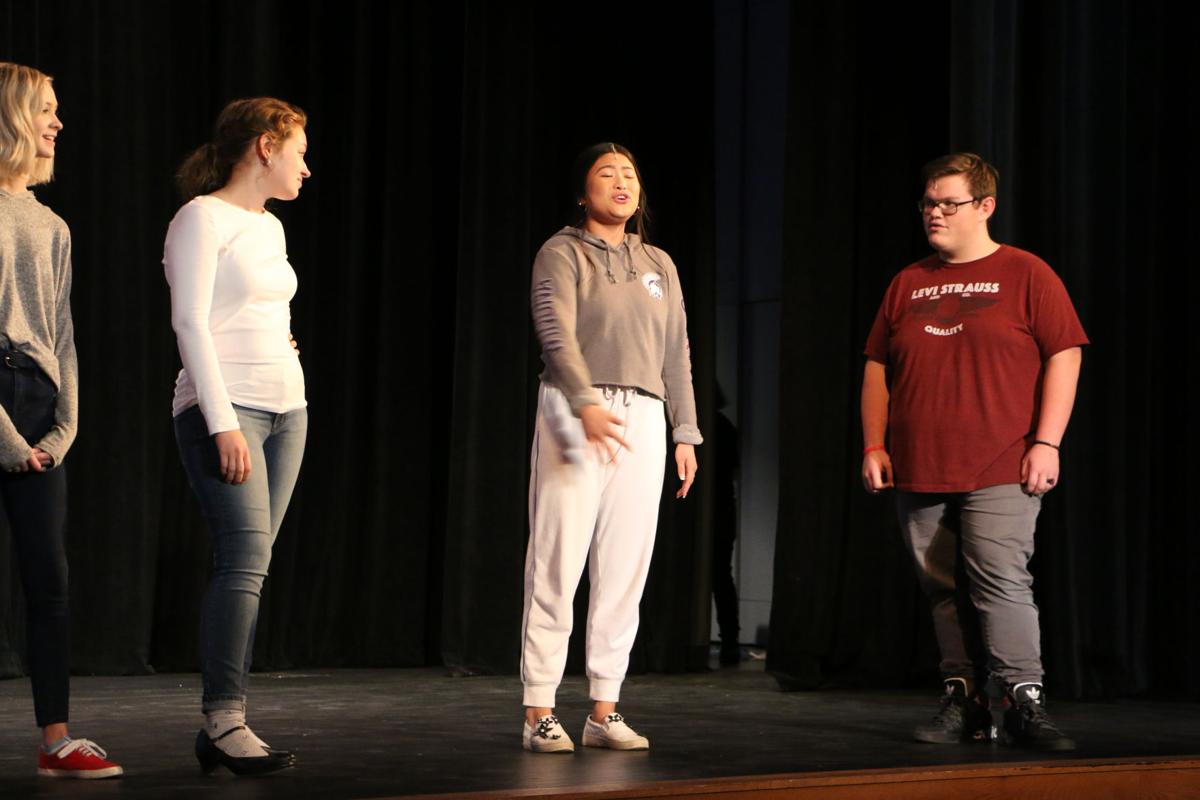 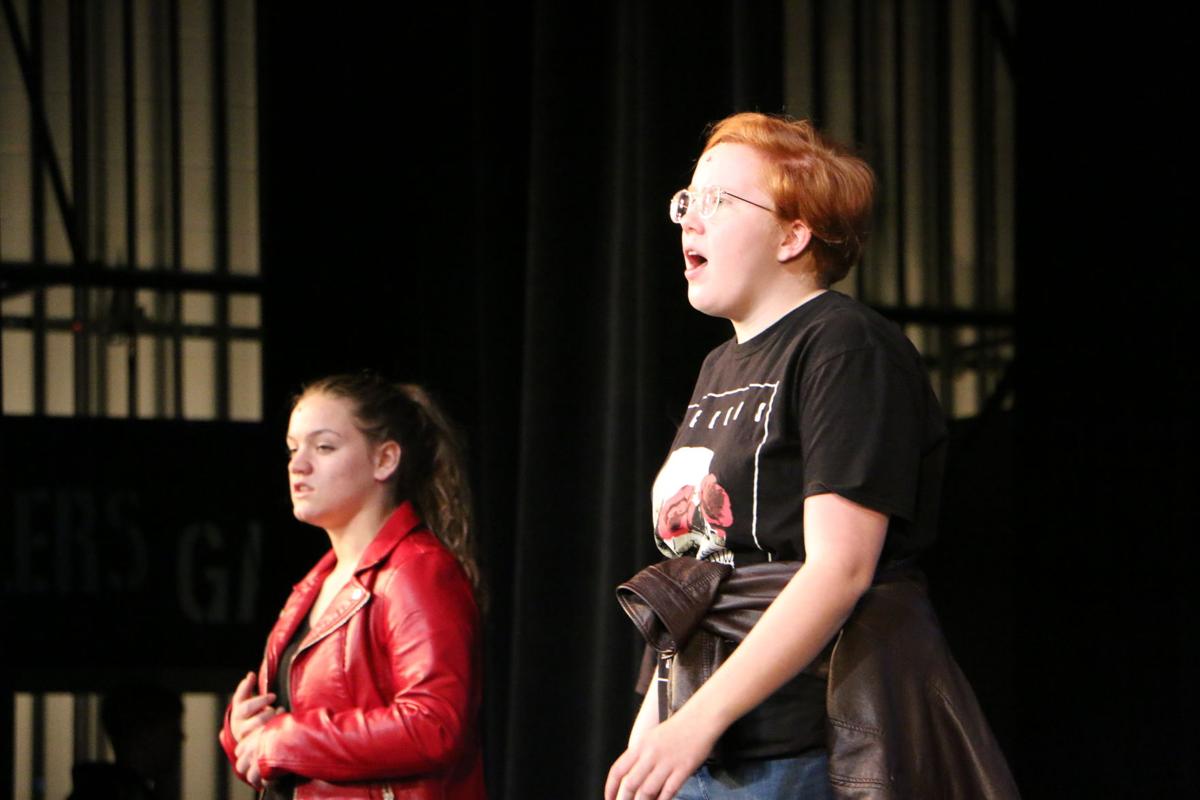 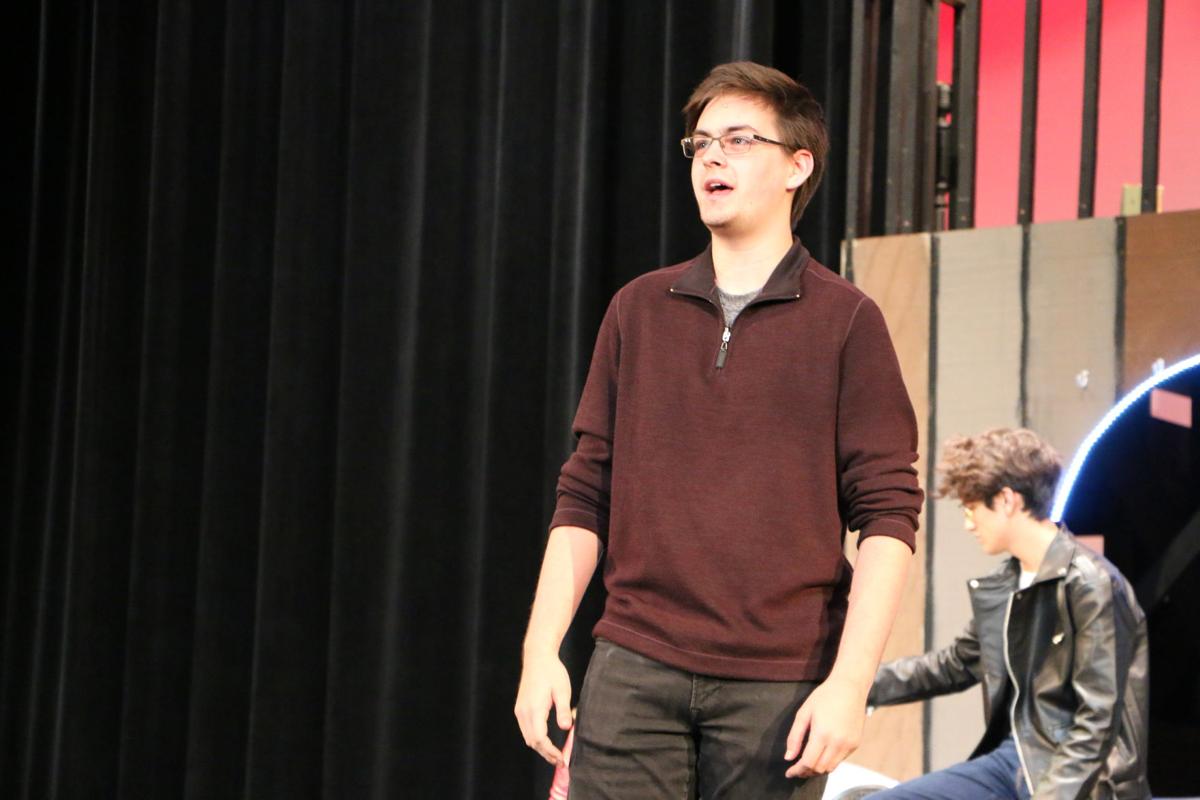 Farmington High theatrical students will present the jukebox musical All Shook Up on two weekends. Junior Sydney Hendrickson plays the lead female role Natalie, who falls in love with Chad, played by senior Isaac Bui. His  character is a roving, roustabout young man who rides his motorcycle and spreads his love of music.

Who knew there was a jukebox musical that pairs Elvis music with refined Shakespeare prose?

Farmington High School Theater students will present the musical “All Shook Up” that features beloved songs made famous by the legendary Elvis Presley.

Director Sarah Stout explains how the show will marry comedy and music based on Shakespeare’s play “Twelfth Night,” a story of new found love, mistaken identity and self-discovery.

“We wanted a show that would be like a big ensemble and something that people would recognize and ‘All Shook Up’ is a musical that is not a well known show but all the music was sung by Elvis Presley,” Stout said.

This play can be classified as a jukebox musical with family friendly and intergenerational tunes, according to Stout. Many of the Elvis songs are pulled from his movies.

“He goes around on a motorcycle spreading his love of music to other people,” Bui said.

“What I love about my character is that he comes to a town that is song deprived and he shares his songs and his love everywhere,” said Bui, a tenor. “It is magical with everyone’s jokes and it just gives me goose bumps thinking about it.”

“I play the nerdy kid who is falling in love with Natalie,” Jacobson said. “I think everyone in the show is so well cast and it is a hilarious show and one of the funniest shows with lots of quips and funny moments.”

Jacobson said: “I definitely recommend it for anyone who is an Elvis fan because it is the same music.”

Jacobson, who is in choir and a couple of bands, said he has grown personally and has learned how to be himself most naturally on stage.

“You are showing everything on stage, and there is nothing held back. You can delve into different sides of yourself that you never thought about when getting into a character,” Jacobson said. “I am supposed to be this small, skinny nerdy character when I am in fact the tallest, biggest person on the cast.”

“She works in a garage and she falls in love with Chad and since Chad does not like Natalie at first, she dressed up as a guy to get closer to him,” Hendrickson said. “The story itself is very meaningful and there are a couple of lines that just really stand out and our talent here is amazing.”

Being a part of this musical’s cast and crew has brought deep friendships into her life, she said.

“The bonds we have made so far are amazing and since we auditioned in the spring and got our parts and our scripts then, it has given us the entire summer to have so much more time to memorize our lines, and that is why I think this show is going to be so crisp and put together,” she said.

“The play has gender bending and mistaken identities and love triangles and the plot is elementary to the 1950s world and Elvis music,” Stout said.

The matinee performance on Sunday, Nov. 17 will offer an ASL interpreter.

After the matinee show on Nov. 17, the public is invited to join the cast for a sock hop dance. Come dressed in 1950's attire.

Tickets are at fhsperformingartsandspeech.com and at the door. The box office will open an hour before each show time.