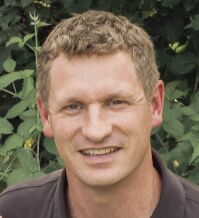 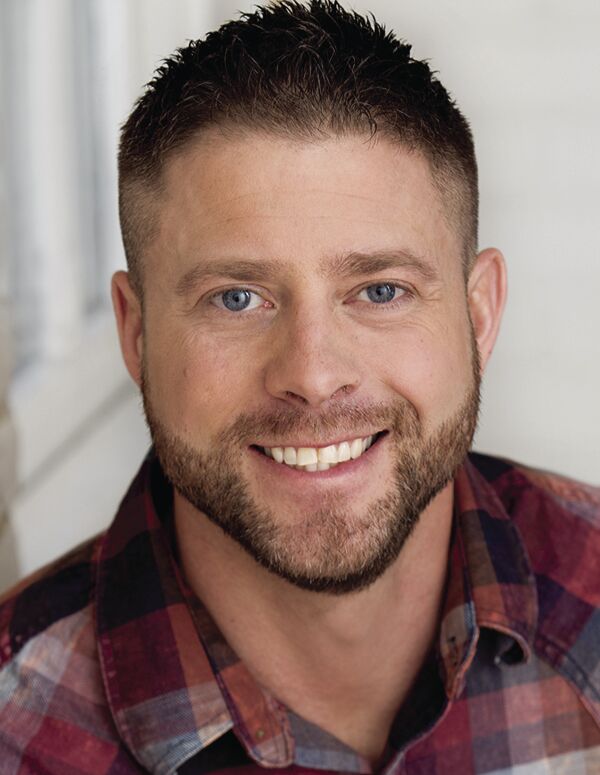 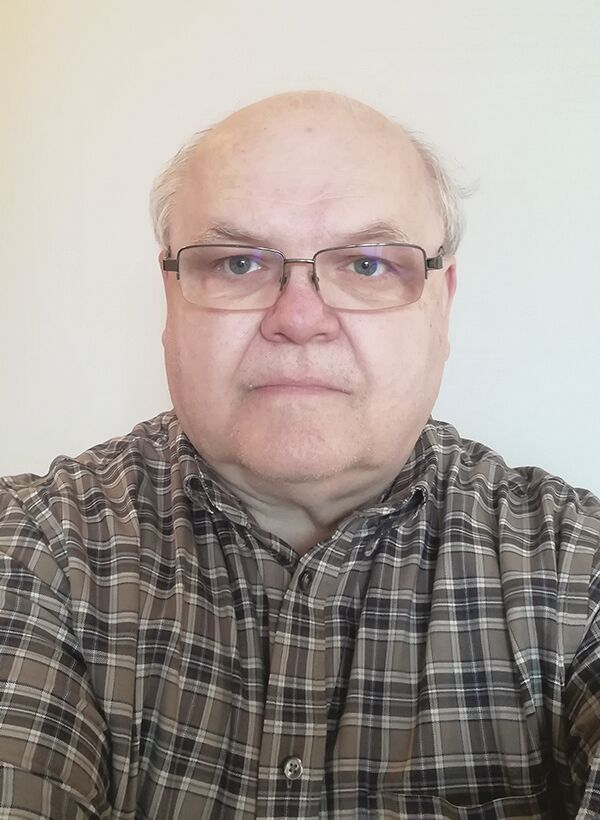 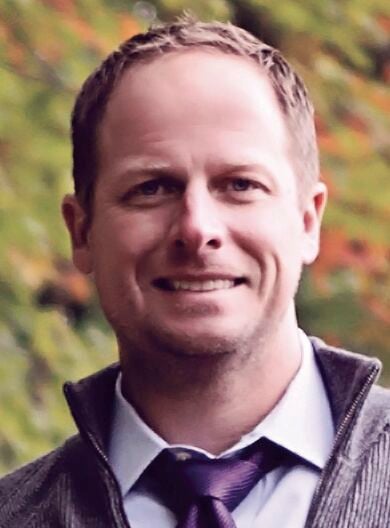 Residents will have multiple candidates to choose from for the offices, including three for mayor and four for the two, four-year council seats and five for the two, two-year seats. Karin A. Witt informed the newspaper last week that she was dropping out of the race due to business commitments.

The five candidates for the two two-year council seats are Brock Dombrovski, Paul H. Howe, Alan Novak, Andrew Stevens and Abe Zanto. Following are the questionnaire responses the newspaper received from the candidates.

The four candidates for the two four-year council seats are Bob Hawkins, Brent A. Lawrence, Leroy Schommer and Dexter Spilman.

Change is coming to Credit River and to Minnesota. With that we need qualified people who understand what change like becoming a city means. I understand what it takes, with my successful background in home construction and real estate. I have a degree in law enforcement and television production, which has instilled a deep care for my community’s safety. My reason for running as a two-year member of the City Council is to give people an opportunity to get to know me, rather than getting halfway through a four-year-term and regretting it.

On a national level I have worked with major television production companies to get television series picked up by networks, currently the TV show “Tough As Nails” on CBS was a concept I worked with Phil Koeghan (host of “Amazing Race”) to be picked for a full season. On a smaller scale I work with clients every day to walk them through the complicated process of buying or selling a home, lenders, contractors, title companies, in the end I must work with all of them, to make sure my clients are comfortable and happy with their real estate needs.

My number one priority is to make sure Credit River residents know exactly what the governing officials are doing with taxpayer money, no matter the subject of where it is being spent each resident will get an opportunity to vote. I would like to start by exposing and giving more transparency of our actions. I think the township should have done a better job notifying residents that our township was becoming a city, with my help that will happen. As an elected official I will be an extension of the residents, speaking and working on their behalf.

Occupation: Retired. I was an IT security engineer and manager for Delta and Northwest airlines from 1980–2011.

Education: BS in information systems with a minor in economics

Previous elected, appointed or volunteer positions: I was elected to the Credit River board following the death of Bruce Nilson in early 2016, completing the remainder of his term. My wife and I had been attending the Town Board meetings since 2010 and gained an understanding of the township processes and issues so when Bruce passed away I felt ready to serve. I successfully stood for election in 2018.

I’ve lived in the township since 2001 and have seen a lot of change. After being a supervisor for five years, I’m effective. I want to ensure city policies are fair to residents of all economic classes, particularly with regards to land use. I’m a good listener and make good decisions, and I am willing to argue for what I believe is better policy. I worked both as a project leader and manager at a major airline and regularly made decisions affecting many people. I plan to live in the township for many more years as my retirement home.

As a security engineer at Delta Airlines, I was in charge of getting multiple IT teams to adopt security policies into their workflow. There were always multiple internal IT groups and business unit stakeholders at the table. Gaining consensus was often difficult and project goals would often would take months if not years to accomplish. Later, I was the manager of the security team and needed to enforce corporate policies, hire and fire staff, and manage budgets.

We have been running the township pretty much like a city for a number of years - ensuring we have our finances in order, as reflected in our excellent credit rating; taking over zoning and planning functions from the county this spring; hiring a dedicated sheriff officer for the township. Going forward we need to ensure we have more citizen involvement. The creation of a citizen led planning advisory board will be a step in the right direction. We need to focus on getting water and sewer service deployed into the city – in the Casey and Franciscan additions many small lots have exhausted their septic system space; and to encourage higher density development on the border with Savage.

I am invested. Like all of us I am raising my family in Credit River and I care about its future. Decisions we make now will impact all of us. Rapid progress leads to rapid cost. My goal is to balance future pressure and make sound fiscal-conscious decisions. As a 911 first responder in Credit River, I have an ethical responsibility to all residents no other candidate does. I am invested in our community’s safety. My voice and leadership skills already played an integral role in the solution to our unsafe intersection of 185th Street and Natchez Avenue.

I make critical decisions daily as an emergency medicine physician shared with patients, families, and care teams with integrity and great responsibility.  Decisions are made after careful listening and assessment. I come armed with the knowledge and skills of two decades experience in the public and nonprofit sector. As chief of the ambulance service, I have special insight and experience working with leadership in over 120 townships, cities, and county governments throughout the Twin Cities Region and Greater Minnesota. I will listen and make decisions for every resident taking the perspective of walking in your shoes.

I am looking to work with the Credit River community and leadership as we transition to a city with these foundations in mind: Keep things simple – Many residents I speak with value Credit River as an “escape from the city.” A transition to a city complicates things and I will work to keep these core values.  Minimize regulation and ordinance — Many of us also enjoy the wide-open spaces and the opportunity to live independent of mass regulations or ordinance. Thoughtful decision-making with spending and long term impact in mind – Cities cost more period. Decisions made to offset this cost have profound, immediate and future impacts. Balance the pressure for progress – A 2040 comprehensive plan is in place with good public input that I will hold true. Transparent genuine communication – It is the only way to gather large diverse input and points of view when making difficult decisions.

Family: Married to Christa for 25 years. Six children and one daughter-in-law

Previous elected, appointed or volunteer positions: I have held several appointed and volunteer positions over the years. I currently serve on the Board of Directors for Breakthrough Ministries of which I was the chairman for two years and treasurer for one year. I have served food to the homeless with Breakthrough Ministries, volunteered in multiple positions at our church, coached kids’ sports, cleaned roads with Adopt a Highway, and packed food with Feed My Starving Children.

I bring a common sense approach to leading and decision making. It is my desire to always lead looking out for the best interest of all, paying special attention to those that need help the most. To do this, I work diligently to listen to what others are saying to come up with solutions that can meet the needs of a larger group. I will bring a fiscally conservative approach to our budget and ensure that the hard-earned money entrusted to the city by each and every citizen is used wisely and efficiently.

Throughout my career I have worked diligently to ensure that decisions that I make in the business arena are not only the right choice for the moment but can also stand the test of time. I have been a key member of the executive leadership team as the director of IT in which it was essential that I not only gain the trust of this group but also the business. I will bring this same approach to the city by bringing integrity, humility, common sense, and wisdom to the table to both contribute and lead the decision-making process.

We all live in Credit River for that “small town, slower paced” feel which values our neighbors’ freedoms and property as well as our own. I do not feel that we need to rush into becoming something we are not, but we will need to continue to assist in the growth and prosperity for all the residents of this great city. To do that, the city will need to procure Municipal State Aid as well as Local Government Aid from the State of Minnesota to ensure that the city has the resources that are needed to continue the projected growth as well as investigate when/if public services are needed and desired by the citizens.  Additionally, we should work to attract businesses to the city to provide local jobs, products and services, and additional tax revenues that stay in our city.