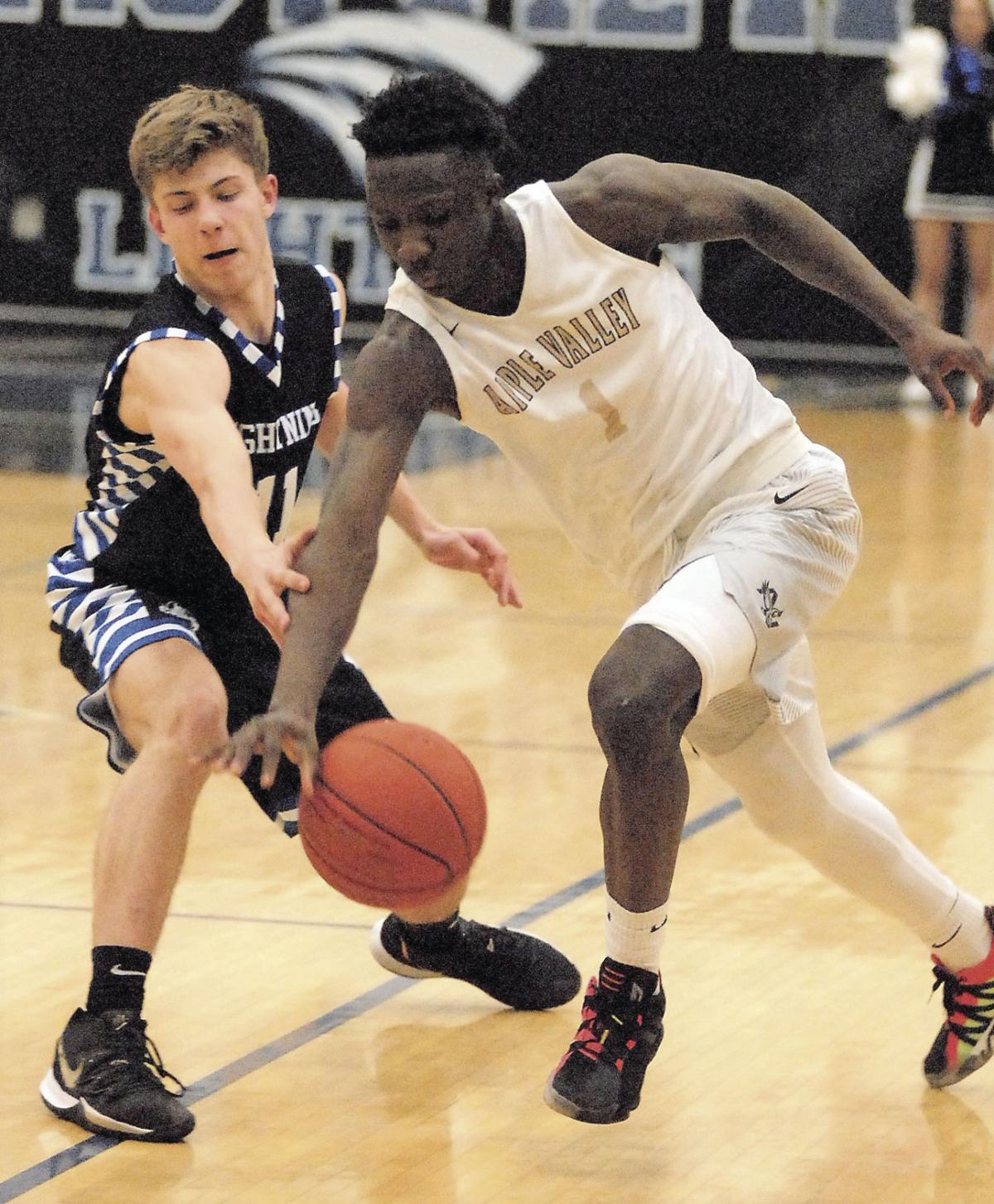 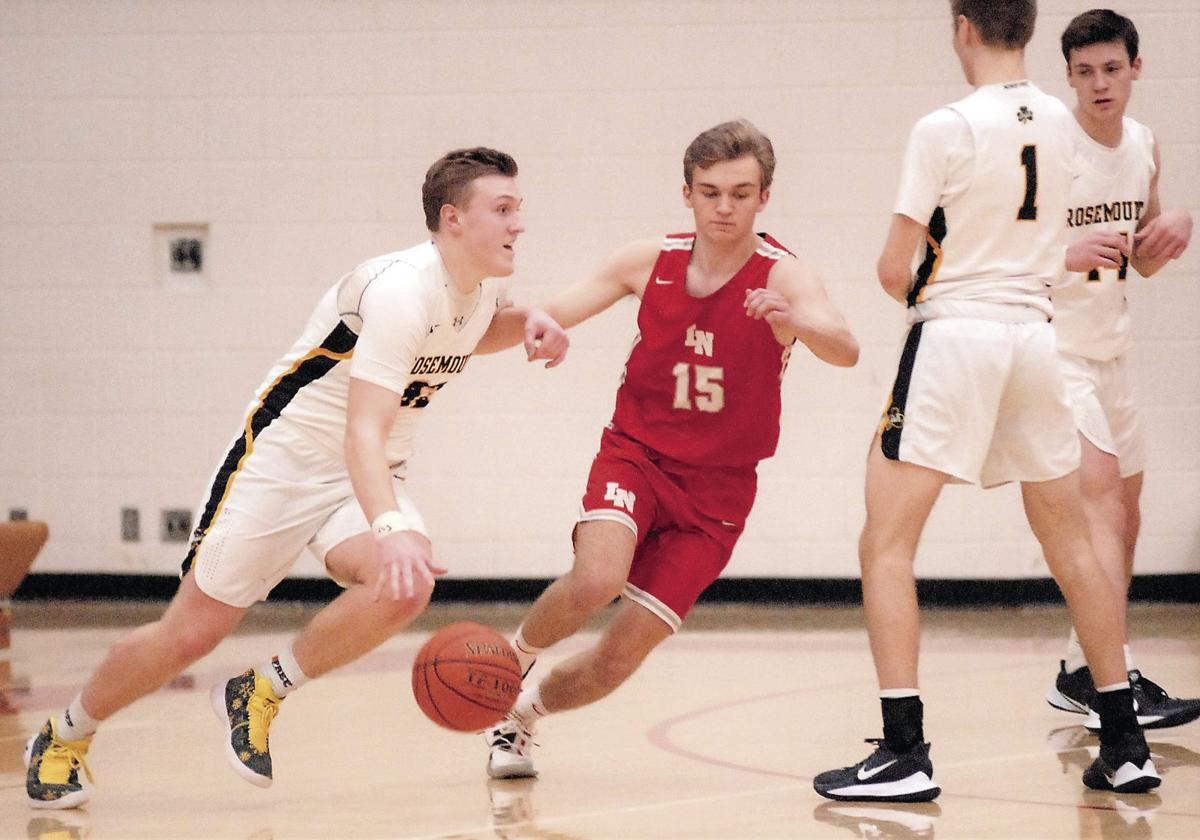 Noah Loehr of Rosemount uses a screen by teammate Caleb Siwek (1) to try to get around Lakeville North's Nelson Koshiol during a Class 4A, Section 3 boys basketball semifinal game Tuesday.

Noah Loehr of Rosemount uses a screen by teammate Caleb Siwek (1) to try to get around Lakeville North's Nelson Koshiol during a Class 4A, Section 3 boys basketball semifinal game Tuesday.

Eastview and Lakeville North played in last year’s state boys basketball tournament, but this year only one can go.

They play at 7 p.m. Friday at Farmington High School for the Class 4A, Section 3 championship – and to determine which one continues its season. On Tuesday, Eastview defeated Apple Valley 85-53 and North beat Rosemount 65-53 in semifinal games.

Eastview is defending Section 3 champion. Lakeville North, which was second in the 2019 Class 4A tourney, won the Section 1 title eight years in a row before being moved to Section 3 this year. The Lightning and Panthers are the top two seeds in Section 3.

“They’re a very good shooting team,” Eastview coach Paul Goetz said of the Panthers. “We have to recognize where their shooters are and get up on them. Then we need to rebound the ball and be aggressive like we have all year.”

Eastview (24-4), which tied Prior Lake and Shakopee for the South Suburban Conference championship, defeated Lakeville North twice during the regular season. The Lightning completed a three-game sweep against their neighboring school Tuesday, including two regular-season South Suburban victories.

On Tuesday, “the first 10 minutes were great and the second half was great,” Goetz said. “The last six minutes of the first half we got sped up a little bit, the game got a little emotional and we forgot to space the floor.”

“Apple Valley has good guards that can get to the basket,” Goetz said. “That was our focus all week, staying in front of them and making them shoot over the top. We gave up a lot of layups against them the first two times we played them. I thought Ryan Thissen, Caden Scales and Jaylen (James) did a good job of keeping guys in front of them.”

Lakeville North junior forward Will Blascziek scored 20 points in his team’s victory over Rosemount on Tuesday. Senior guard Josh Kamara had 14 points for the Panthers (17-11), with Carter Patterson and Cooper Laufenberger scoring eight each.

Rosemount sophomore guard Caleb Siwek scored a game-high 21 points. Zach Wenthe scored nine points and Sean Sullivan eight for the third-seeded Irish, who defeated Burnsville 73-41 in the first round March 5 before the loss to North ended their season at 11-16.