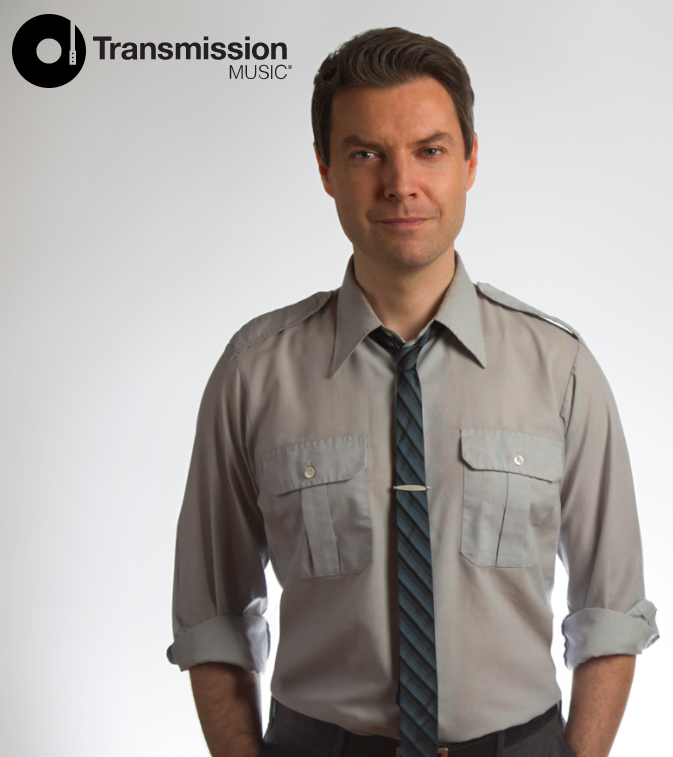 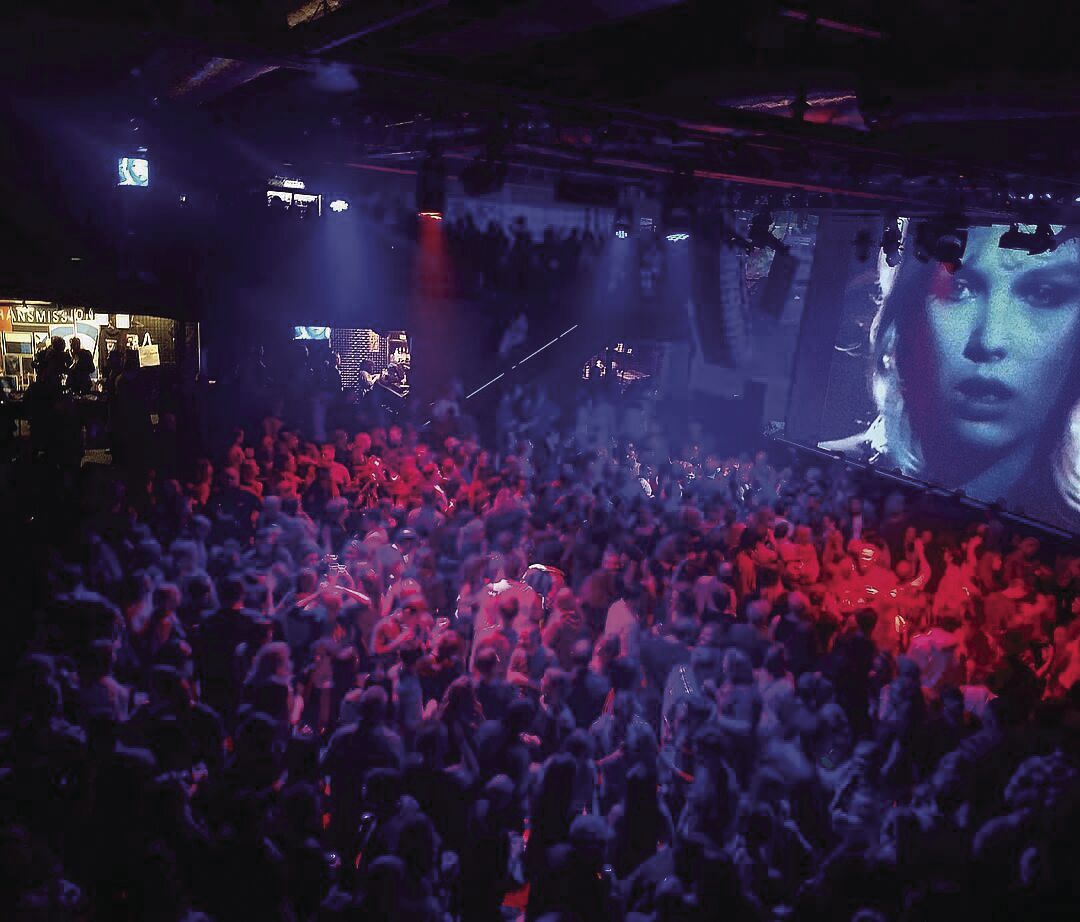 Prior to the pandemic, DJ Jake Rudh had shows at the iconic First Avenue nightclub in Minneapolis.

Prior to the pandemic, DJ Jake Rudh had shows at the iconic First Avenue nightclub in Minneapolis.

The COVID-19 pandemic shuttered businesses, terminated jobs and isolated us from family and friends.

One Twin Cities music DJ who personally experienced all of the above wasn’t going to let these seismic shifts ruin his 2020.

After his DJ company’s entire 2020 calendar of live shows was wiped clean by cancellations in March and April, Jake Rudh pushed pause.

“As time went, it was like a slow steamroller that was flattening out the year. Then it was a landslide. Everyone was reaching out and canceling,” he said, including his 19th anniversary Transmission show at First Avenue. “I had to figure out how I was going to support my family.”

Rudh went to the basement studio of his Minneapolis home, reinvented his craft and created something unexpected.

Prior to the pandemic, Rudh was a familiar face in the Twin Cities music scene with Transmission the special event DJ company, Transmission the live weekly gigs at the Uptown Minneapolis VFW and Transmission on the Radio’s weekly show on Minnesota Public Radio’s 89.3 The Current.

But when he turned into a video jockey for his online Twitch Transmission channel, he went from a local celebrity to the epicenter of a swirling worldwide gathering of hundreds from the Twin Cities, across America, Canada, England, Australia and other far flung places who were swatting away the isolation blues by celebrating their obsession with 1980s alternative music and beyond.

They sought an escape from the pandemic, but it was never far from their minds, as they shared tidbits of their frustrations and struggles amid the comments about a favorite song or artist. What they got in return were messages of support and even advice.

“Jake’s community coalesced into something that felt much more than just random people on the Internet,” said the ModernMeerkat, a Twitch Transmission follower who liked the shows so much he created a fan Wiki for them. “I think a lot of that has to do with the fact that Jake has built up a core audience in the Twin Cities and that fanbase followed him online. Their feelings towards Jake spread to the rest of us.”

From the start of the first show on April 8, followers rallied around the affable, low-key Rudh who has offered many choice words about the pandemic. Messages of support and tips followed.

“That is what has helped pay the bills,” Rudh said of the tips through Venmo or PayPal. “I am forever grateful for people’s generosity. People are very hungry for the arts and entertainment. They are not going to the movies, to restaurants or dancing in the clubs. This is not fulfilling all of those needs, but it’s something.”

“There is a sense of community,” Rudh said during a phone interview in December. “It’s a really healthy, optimistic, fun and a beautiful place. It is so inspiring. … It’s positive, which is something that is seriously lacking in 2020. … It’s an escape from reality. It is something they love and can feel comfortable doing. There are a lot of like-minded people there who are making friendships with people they met in the chat room.”

Rudh, who grew up in New Brighton and started DJing as a student at the University of Minnesota, said he’s very much a dude in his basement studio playing tunes. His first shows were streams of him playing videos projected on the wall, but he’s since upgraded to a slick online video player.

To add to the casual nature of the feeds, Rudh has integrated cameos on camera of his pet dog Harry, who is a fan favorite, and his 5-year-old daughter played guest VJ on the eve of Christmas Eve.

Rudh said it’s almost like an atmosphere of the iconic television show “Cheers” as people call out the names of other people when they show up in the chat room.

“It’s awesome,” he said. “It’s really developed into a fun community that treats everyone with respect. The online trolls haven’t taken over. There is none of that. There hasn’t been any cutting down of anyone.”

“Everyone needs human contact and in a time when isolation is required to help protect the weakest of us, those opportunities are limited,” said the ModernMeerkat who lives in a part of California where shelter-in-place was instituted early on in the pandemic. “The stream’s chat provides that atmosphere where the regulars all know each other and new people are welcomed with open arms ... just like one would experience in their favorite club.”

While people use music to get them through difficult times, they also use humor – something that is in ample supply in the chat room.

The regulars welcome people into the chat as fellow Manatees.

The name of followers of Rudh’s Twitch shows was born after Rudh was typing a message July 11 in the chat room when “autocorrect” spit out “so many people” as “so manatee people.” As is the case with malaprops in social media, the followers ran away with the mistake assigning the moniker of “Manatee” to anyone who is listening to Transmission Twitch.

Rudh said the chat room gives him a rush of adrenaline to keep the tunes rolling, as it’s almost like people rushing to dance floor when he plays a song that strikes a chord.

Every once in while, Rudh will ask where people are tuning in from. The replies run from coast to coast and in several countries.

Rudh said he heard about two followers who will be attending an Echo and the Bunnymen show after the pandemic subsides. The two happen to be from Slovakia and Maryland, U.S.A.

“I’ve grown attached to the community that has assembled there,” Rudh said. “I just fall in love with them more and more. They are a great crew of people. Some of the folks who go to every show, you get a glimpse into their lives. They are all there for the right reasons.”

The number of followers has increased from the initial counts in the 200s to close to 700 in recent weeks. The show got an infusion of new listeners about four months ago when Rudh started collaborating with Matt Sebastian and his ‘80s college rock website Slicing Up Eyeballs, a name that comes from a Pixies song.

Slicing Up Eyeballs has more than 150,000 followers on its Facebook page, and has an international reach. Sebastian and Rudh have teamed up on theme nights around a certain year in music or a band like Pixies or R.E.M.

Rudh said people who listen to have set up mini dance floors in their homes or had a socially distanced backyard party around the fire pit.

“The ONLY good thing about this year has been the ability to join in the amazing Transmission nights,” said follower Verucasalt41179.

“Thanks for making this year bearable,” said follower Rhinointhesnow.

“I’m so honored to be the guy to help that to happen,” Rudh said. “That’s my favorite thing to do – to help connect people to the music.”

When asked if he was going to keep doing the online shows after the pandemic is over, he said:

“Yes, because I have a lot of fun doing it. There are too many followers around the country and the world. I’d hate to sever from something that took so much time and effort to set up.”

DJ Jake Rudh is on the Twitch app on Wednesday and Saturday nights from 8 p.m. Central Time to about 1 a.m. or even later. Upcoming shows include a New Wave New Year’s on Jan. 2, A Celebration of David Bowie on Jan. 9 and The Best of 1984 on Jan. 16. The link to the show is https://www.twitch.tv/djjakerudh.