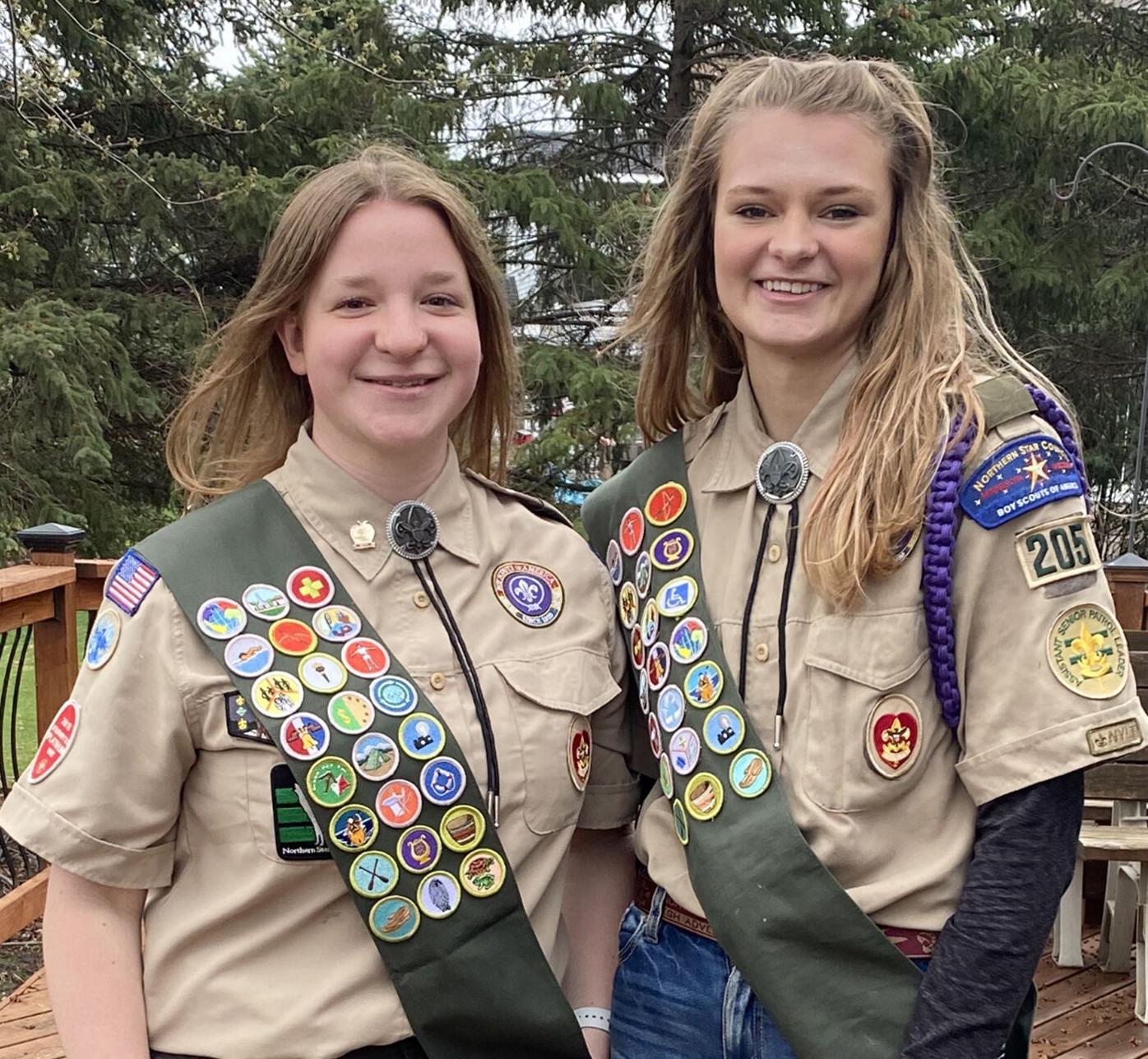 Mara Johnson and Emma Mahre, both of Apple Valley, are planning to complete their Girl Scout Gold Award and earn their Eagle Scout rank this spring. 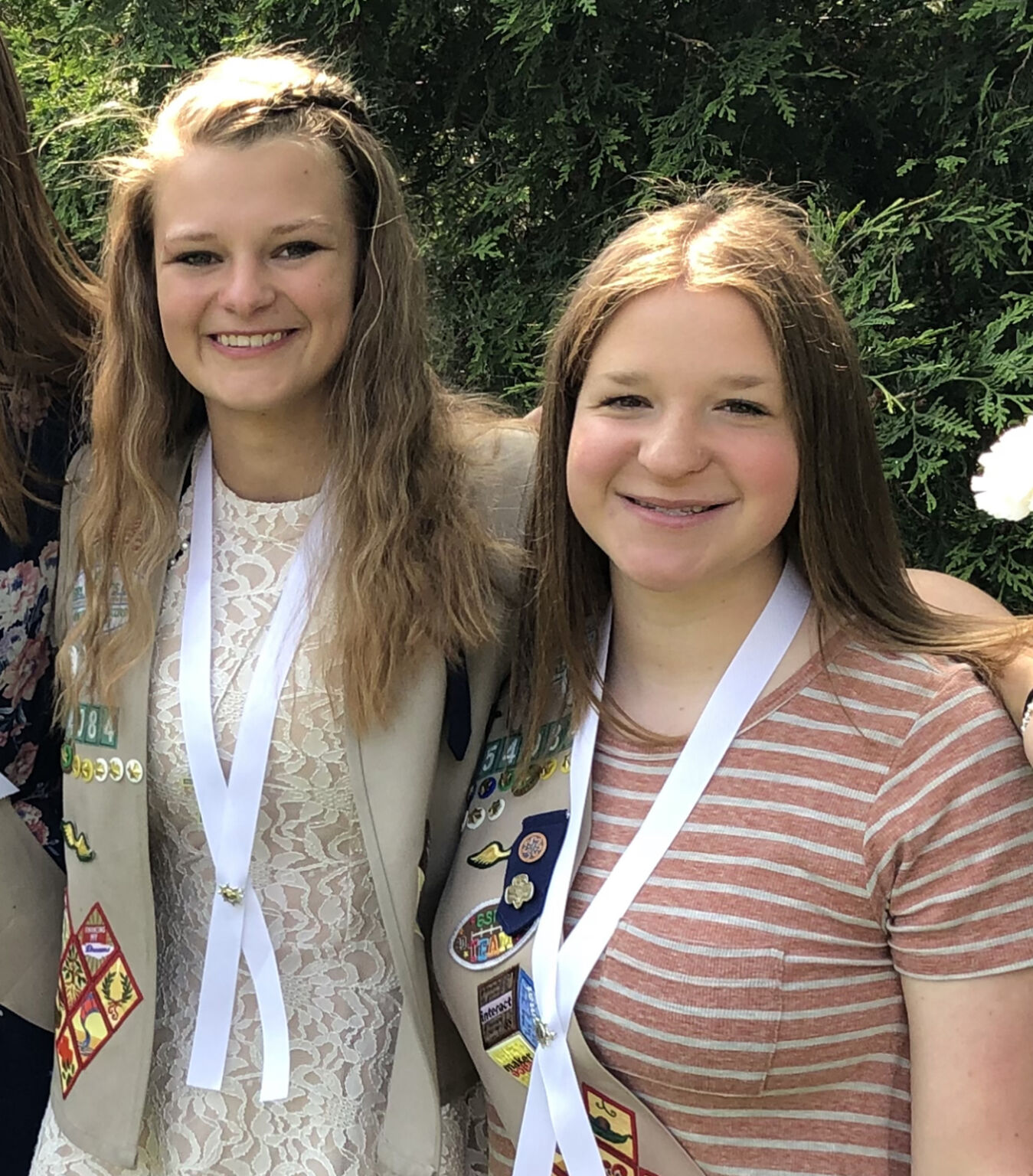 Emma Mahre and Mara Johnson, both of Apple Valley, are pictured with their Girl Scout Silver Awards.

Mara Johnson and Emma Mahre, both of Apple Valley, are planning to complete their Girl Scout Gold Award and earn their Eagle Scout rank this spring.

Emma Mahre and Mara Johnson, both of Apple Valley, are pictured with their Girl Scout Silver Awards.

Emma Mahre and Mara Johnson, both of Apple Valley, are poised to complete their Girl Scout Gold Award and earn their Eagle Scout rank this spring.

They have been in the same Girl Scout Troop, Girl Scouts of River Valley Troop 54084, since they were in kindergarten. In addition, both were founding members of Scout BSA female Troop 7205 in Apple Valley founded in February 2019. Both girls also began participating in the Venture Crew starting in May 2018 and were part of the inaugural group of girls who earned their eligibility to be on the ballot for the Order of the Arrow, Scouting’s Honor Society, in January 2019. Both girls were among the inaugural group of girls to be voted into the Order of the Arrow in April 2019 and have since completed their Ordeal and Brotherhood ranks within the Order of the Arrow.

This spring, both girls are finishing their projects to earn their Girl Scout Gold awards and their Eagle ranks.

Emma is building a two-part sensory garden at Cedar Park Elementary in Apple Valley. She is completing phase one for her Girl Scout Gold Award, which comprises transforming the current courtyard into an elaborate sensory garden that includes sensory plants, areas for sidewalk chalk, magnetic letters/numbers as well as Lego boards that will be mounted on the sidewalks of the interior courtyard. Phase one will also include adding an independent structure for a three-octave Boomwhacker set. Phase two will be completed to meet the requirements of Emma’s Eagle project where she will enhance the sensory garden by adding a barefoot sensory path through the middle of the garden; a sensory activities trail around the outside of the garden and adding a water feature, sand pit and wind chimes. The garden will be complete by May 22.

Mara is implementing children’s interactive bird benches for Cedar Park Elementary in Apple Valley for her Gold Award. She has built and painted the interactive bird benches with seating for humans as well as a diverse array of human figures incorporated into the benches. She will be adding a garden and landscaping around the benches to ensure the habitat of the birds in the area. Her Gold Award project will be completed on June 5. Mara’s Eagle Project is building similar children’s interactive bird benches at Lebanon Hills Regional Park Visitors Center. Apart from the benches, she cleared brush, restocked a “Bug Hotel” for the local critters, replaced and added additional bee nesting boxes, and sanitized and cleaned the current bird feeders. Her Eagle project has been completed and is currently waiting for the paperwork to be completed.

These girls are examples of living the Scouting principles and values. They show their leadership, care for their communities and give back as well as coaching and mentoring younger Scouts in their everyday lives.