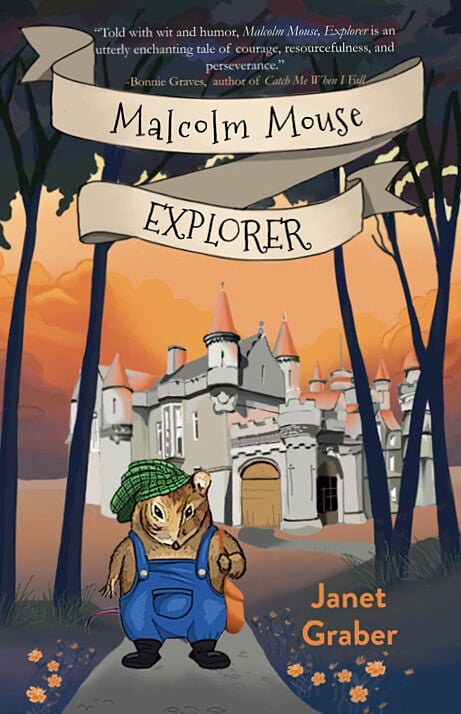 “Malcolm Mouse, Explorer” a new children’s book by Apple Valley resident Janet Graber is the first in a new series. 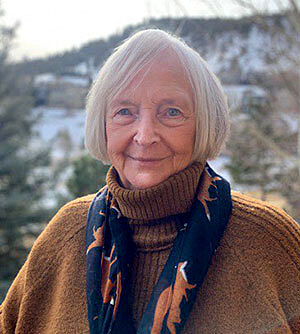 A lot of children identify with stories about animals, especially those who have pets.

When Janet Graber of Apple Valley, was young, she had pet mice. So many, in fact, she made a business out of selling baby mice to her friends at school.

“I don’t recall how much money I made, but I do remember it was a lot of fun,” says Graber, especially an incident involving mice that served as inspiration for her latest children’s book.

“One of the mice escaped from my desk during Latin class and ended up in the teacher’s handbag. The little mouse kept popping its head out and eventually the teacher saw it and screamed. I was in a lot of trouble.”

Something similar happens to the main character in Graber’s latest book. Only it wasn’t a teacher’s handbag the little mouse ended up in.

“Malcolm Mouse, Explorer,” released by Regal House Publishing in March 2021, tells the story of an orphaned field mouse named Malcolm. The little mouse is considered a nuisance by his house-mouse relatives who live at 65 Rodent Row in Mouse-Town Estates. The community is located in the gloomy basement of Balmoral Castle in Scotland, where Queen Elizabeth II spends her summer holidays.

“Malcolm is an orphan,” explains Graber. “His mammie and daddie died, and because his daddy was a field mouse, he is bullied. Malcolm is not interested in what house mice do, which is basically to collect crumbs of food in the castle kitchen.”

One day while doing what he considers a chore, Malcolm is discovered by the castle cook. In his mad dash to get away, he exposes the ramp the mice have been using to get in and out of the kitchen. The humans living in the castle react by baiting the kitchen with Mouse-B-Gone!

“Malcolm feels terrible about what happened, and sets off to find another way for the house mice to find food,” explains Graber. Along the way, he gets trapped in a very important person’s handbag. What will happen next?

“Malcolm Mouse, Explorer” is a novel for children between the ages of 7 and 11. It is intended to be the first in a series of stories about Malcolm’s adventures. The title of the second book will be “Malcolm Mouse, Mariner.”

Graber, 78, has been writing for as long as she can remember.

“I think I’ve been writing since I could hold a pencil. It’s definitely in my DNA,” she says.

Graber wrote dozens of stories when she was young, but it wasn’t until about 30 years ago that she started writing seriously. Her first published work was the children’s picture book “Jacob and the Polar Bears,” released by Moon Mountain Publishing in 2002. It was soon followed by two novels for young adults: “Resistance” (Marshall Cavendish Corp., 2005) and “The White Witch” (Roaring Brook Press, 2009).

Graber’s second children’s picture book, “Muktar and the Camels,” was published by Henry Holt and Company in 2009, and earned her a McKnight Artist Fellowship in Children’s Literature.

Her first novel for adults, “The Sting of Love,” was published by Wise Ink Creative Publishing in 2020. It is the story of a man who had a secret affair during World War II and his daughter, who is trapped in a loveless marriage.

Learn more about Gaber’s work on her author website: JanetGraber.com.