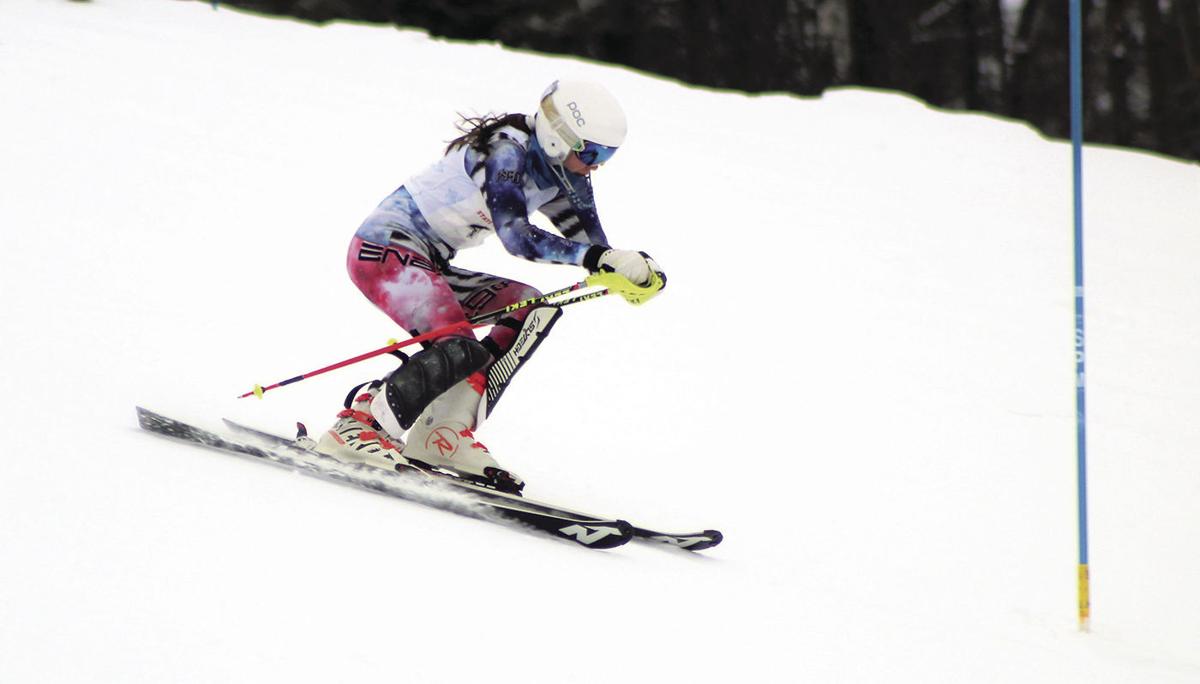 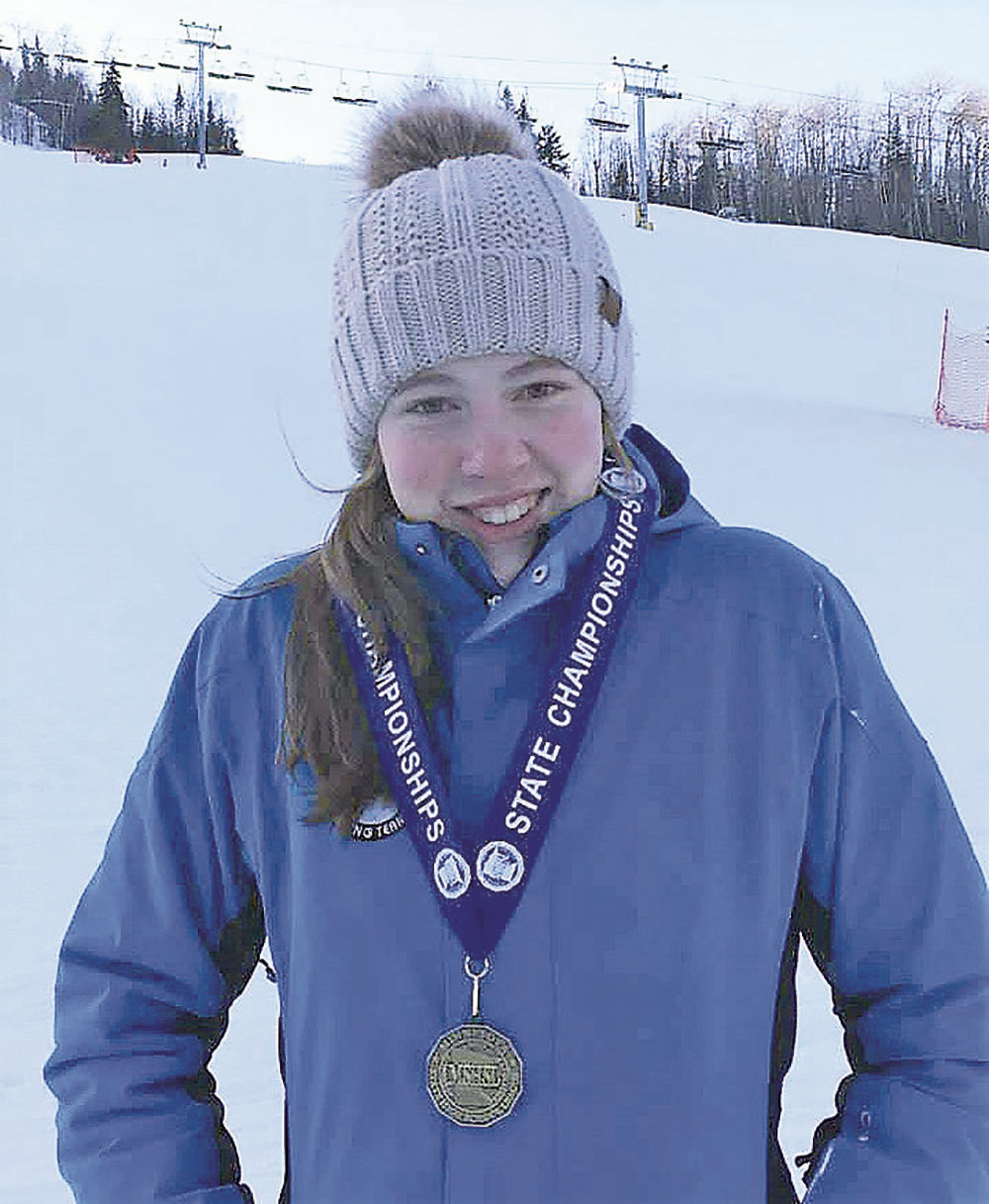 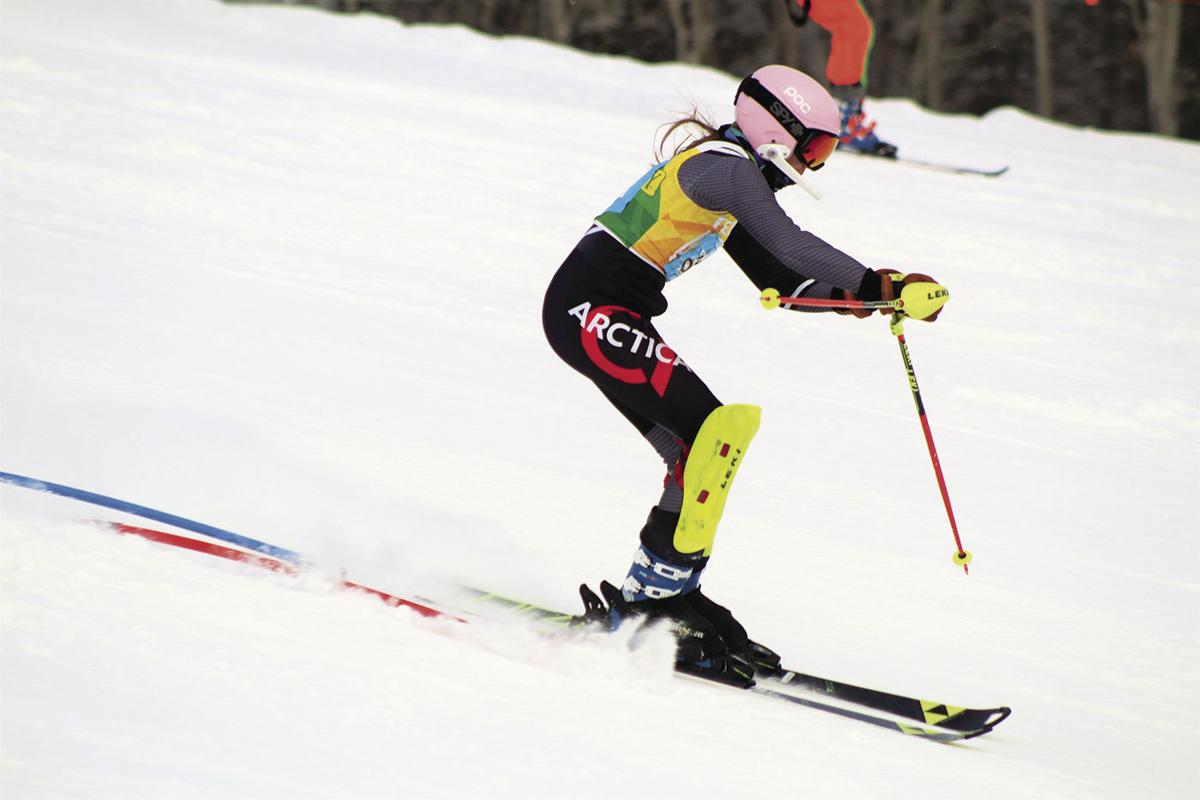 Sophia Palmquist has a perfect record at the state Alpine skiing meet.

One trip, one championship.

The eighth-grader became the second Eagan High School skier to win a state Alpine first-place medal when she took the girls championship Feb. 12 at Giants Ridge in Biwabik. Tommy Anderson won the boys race in 2016.

Some years at the state meet an individual race is wide open because the top skiers from the previous season graduated. That definitely wasn’t the case in the 2020 girls race, where Palmquist had to duel defending champion Peyton Servais of Lakeville North.

Palmquist had a lead of more than two-tenths of a second after the first run on the Giants Ridge Blue course. The second run was on the Red, a tighter course with more turns. Servais made a move on that course, turning in the fastest time but not fast enough to make up her deficit to Palmquist.

Palmquist’s winning time was 1 minute, 14.25 seconds. Servais, mindful that she needed two clean runs to help her Lakeville North squad – which won the girls team championship – was second in 1:14.52. Elsa Peterson of Minneapolis Southwest and Cordelia Sherwood of Orono were third and fourth, both within seven-tenths of a second of Palmquist.

At the 2019 Section 6 meet, Palmquist fell and did not qualify for the state meet. This year there were no mistakes. “It means a lot. It’s really cool to do it as an eighth-grader,” she told mnskihub.com following her victory.

Eagan ninth-grader Caitlyn Bumpers finished 26th in the girls race in 1:22.65. Bumpers had a strong first run and was in 16th place before struggling on her final run.

Eastview junior Ryan Whalen, competing at state for the second consecutive year, finished 27th in the boys race in 1:17.12, about two-tenths of a second from the top 25 and an All-State berth.