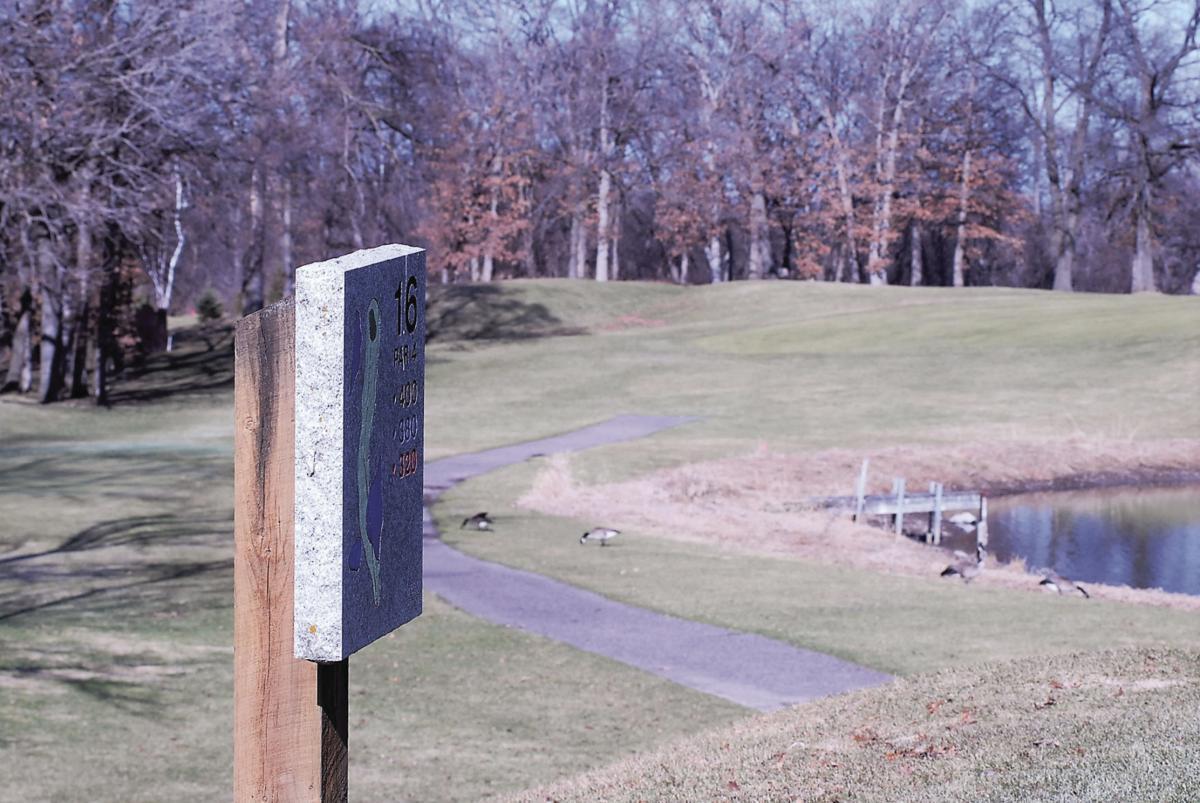 Unless golf courses receive an exemption from Minnesota's stay-at-home order, you're likely to see more geese than golfers at Valleywood in Apple Valley. 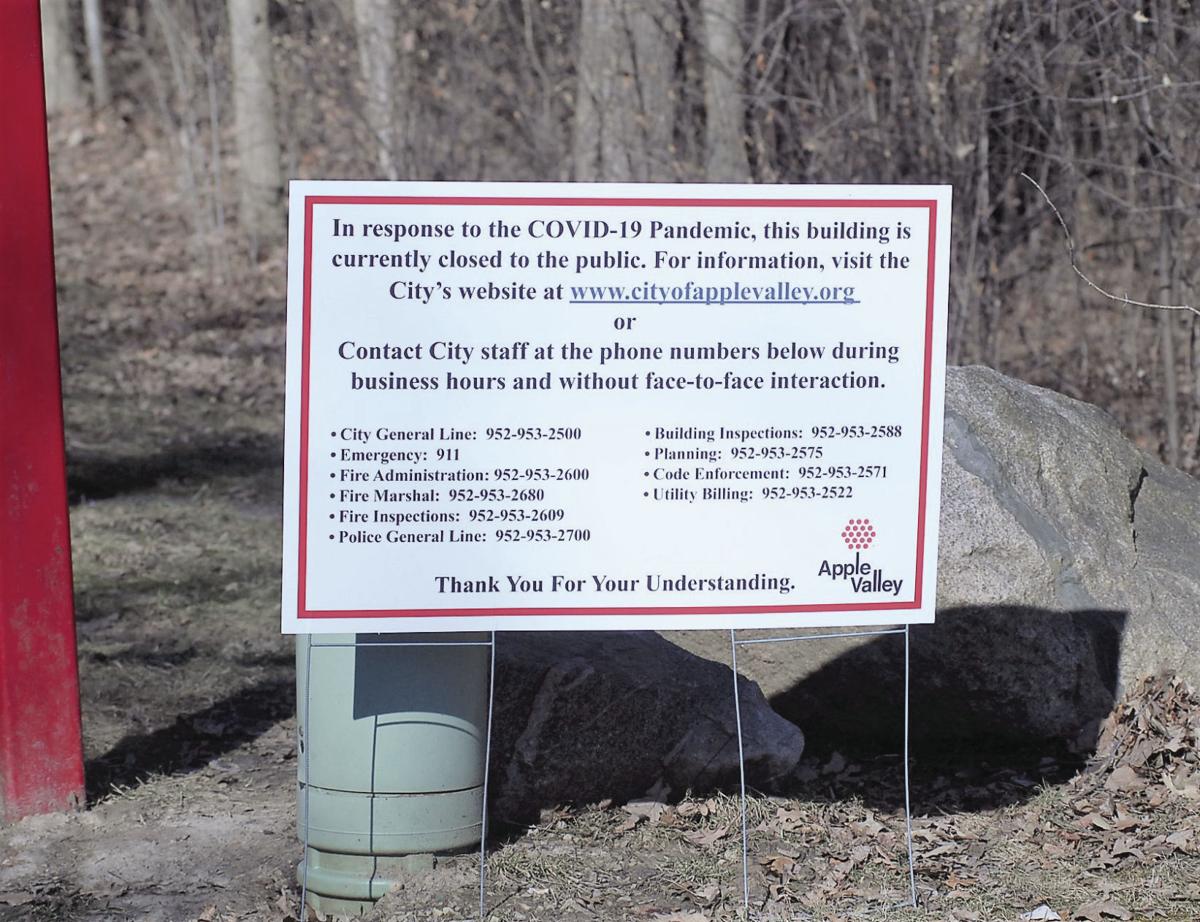 The front gate is locked at Valleywood Golf Course in Apple Valley, and this sign explains why.

Unless golf courses receive an exemption from Minnesota's stay-at-home order, you're likely to see more geese than golfers at Valleywood in Apple Valley.

The front gate is locked at Valleywood Golf Course in Apple Valley, and this sign explains why.

COVID-19 has dealt a kick in the pants to golf course operators looking to recover lost revenue.

For the first time in a couple of years, the weather appeared ready to accommodate a reasonably early start to golf season. Several Minnesota courses already had opened before the coronavirus pandemic gripped the state.

The early part of this week was a bitter irony –– ideal weather for early-spring golf, but locked gates. Courses are closed following Gov. Tim Walz’s emergency stay-at-home order that runs until April 10. The state’s order closing bars and restaurants was extended until May 1.

The Minnesota golf industry does not want to be pushy, but it does have questions. Course operators know they have to keep their bars and restaurants closed, save for curbside pick-up service. But does the order extend to the courses themselves? And can course owners have their maintenance staffs work on the grounds, even if golf isn’t allowed?

Industry leaders would like Walz to consider opening golf courses, with modifications that would promote social distancing and reduce the threat of transmitting the virus.

“We know the governor has a lot on his plate, so we’ll be patient,” said Tom Smith, president of the Minnesota Golf Association and owner of Brackett’s Crossing Country Club in Lakeville. “But we believe we can put procedures in place so golf can be played in a safe way, as is being done in other states.”

According to the Golf Course Superintendents Association of America, 12 states -- including Minnesota -- have closed their courses under COVID-19-related state executive orders. Most states are allowing golf course maintenance, although Minnesota is among a handful listed as “pending.”

The Minnesota Golf Association says 11 states under similar stay-at-home orders have allowed golf. Outdoor activities currently permitted under Minnesota’s stay-at-home order include fishing, hiking, bicycling and tennis. Minnesota golfers are seeking a similar exemption. John Potter, director of instruction at Prestwick Golf Club in Woodbury, started an online petition at change.org that as of Wednesday morning has more than 37,000 signatures.

Walz said at a COVID-19 briefing Friday he is aware of the request and the state is reviewing it.

“I’ll listen to the health experts on this,” he said. “If there is the potential to be able to allow people to pay online to get out there and be able to do this, we’ll explore that.”

According to a study commissioned by the Minnesota Golf Association, the sport generates $2.3 billion annually and slightly more than $200 million in state and local taxes. Cold, wet weather the last two springs ate into golf course revenues, and last fall many courses closed early because of more bad weather. In 2019 a number of Minnesota courses experienced costly winter damage to fairways and greens.

Suffice to say course operators were anxious to get revenue coming in this spring.

“I’ve been in the business for 30 years and the last two years were the worst back-to-back springs I’ve ever seen for weather,” said Jim Zinck, general manager of Valleywood Golf Course in Apple Valley. “This year everything was setting up for a booming spring for Minnesota golf, and now we can’t be open. It’s depressing, on a number of levels.”

States that are allowing golf are doing so with a number of modifications, such as more spacing between tee times and accepting online payment only. Golfers are encouraged -- and sometimes required -- to walk, and those that must take carts have to ride alone. Rakes, benches and ball washers are being removed. Cups are modified to keep players from having to touch the flagstick.

Even if courses aren’t open. Smith said it’s important to have them maintained once the grass starts growing. Last year Brackett’s Crossing started a multi-million-dollar renovation that included re-grassing the tees and fairways. The course was scheduled to re-open in June but if maintenance isn’t allowed in the spring some of the renovation work might have to be done over, Smith said.

“We feel strongly that if we have five or six people on 150 acres of land they can work safely,” Smith said. “We can make sure they have the proper safety equipment and we can keep the equipment clean.”

The grass used on greens is especially high-maintenance and should not be left unattended after it begins growing, Zinck said. “You can’t let that grass grow out to an inch and then try to cut it back to one-quarter or three-eighths of an inch,” he added.

Going out a few weeks, concerns still remain for the golf industry. Barry Wallin, a math teacher at Rosemount High School, is dealing with it from a couple of perspectives. He is coach of the Rosemount girls golf team, whose season has been put on pause until at least May 4 by the Minnesota State High School League.

Wallin also oversees a massive instruction program at Emerald Greens Golf Course just east of the Rosemount city limit. Last summer the program served more than 500 youth and more than 700 people overall. He’s waiting to see what the future holds for the instruction program, which ordinarily would be at full speed by June.

His golf team canceled a clothing order and the Irish’s annual invitational tournament, which was to be May 2, also is off. But in 2013 the season was disrupted by an early May snowstorm that dropped eight inches in Farmington and as many as 18 in southeast Minnesota. High schools still finished their golf season.

“I think if we could be on the course by May 4 or 5 we would still be able to have a season,” Wallin said. “But we’ll certainly defer to what the Minnesota State High School League and the state thinks is best.

“I know our manager and superintendent at Emerald Greens are anxious to reopen (the course was open for a few days in March before closing after Walz’s first executive order). When they get the word, they’ll be ready to go.”

One phase of the golf industry that might recover more slowly is corporate outings and banquets, as the pandemic is likely to have long-term economic impact. Valleywood, a municipal course, is not as reliant on outing business as some courses, Zinck said. But he added there are courses where fundraisers and corporate tournaments can make the difference between a profitable season and one in the red.

“That business isn’t coming back, at least not right away,” Zinck said.