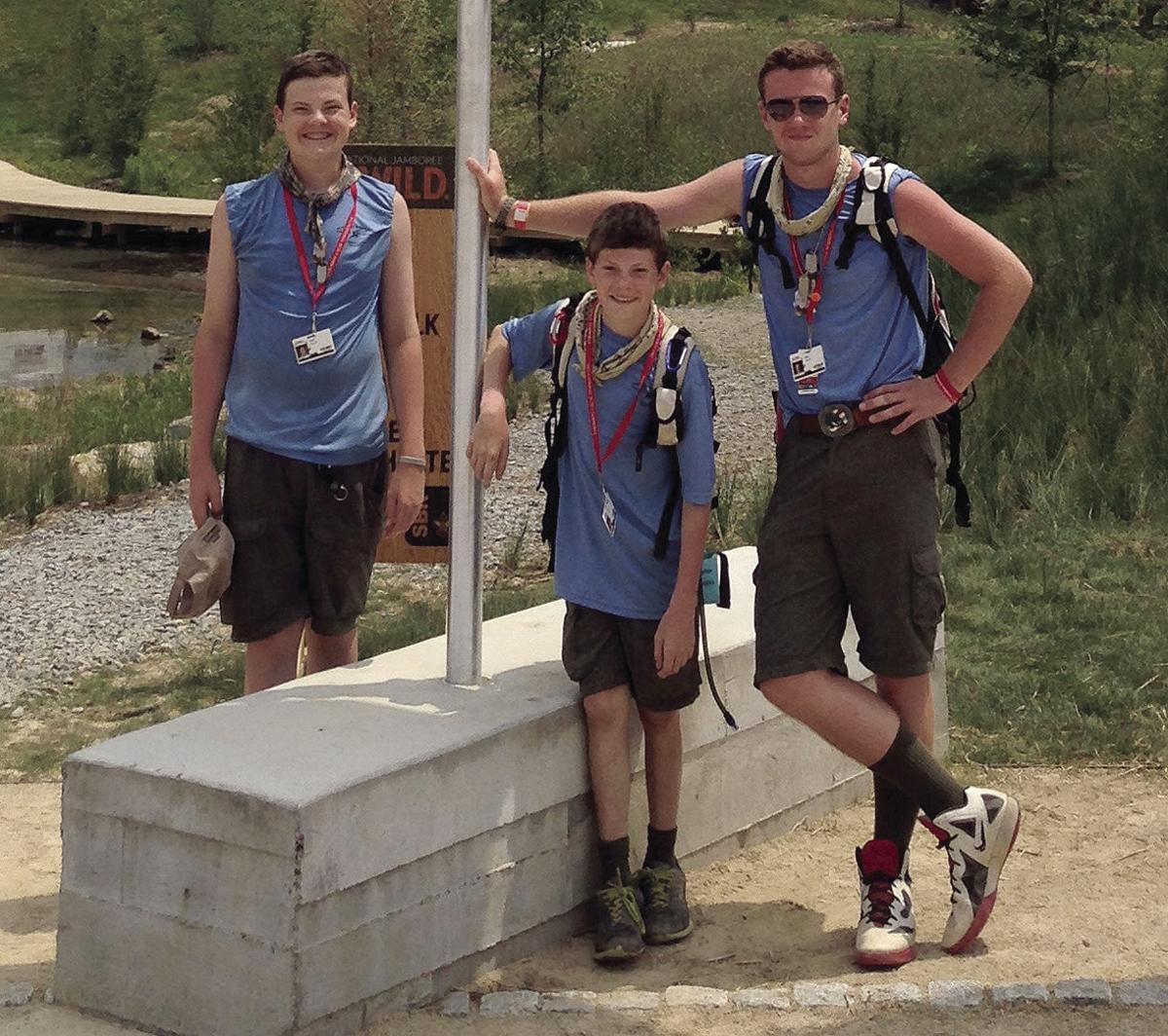 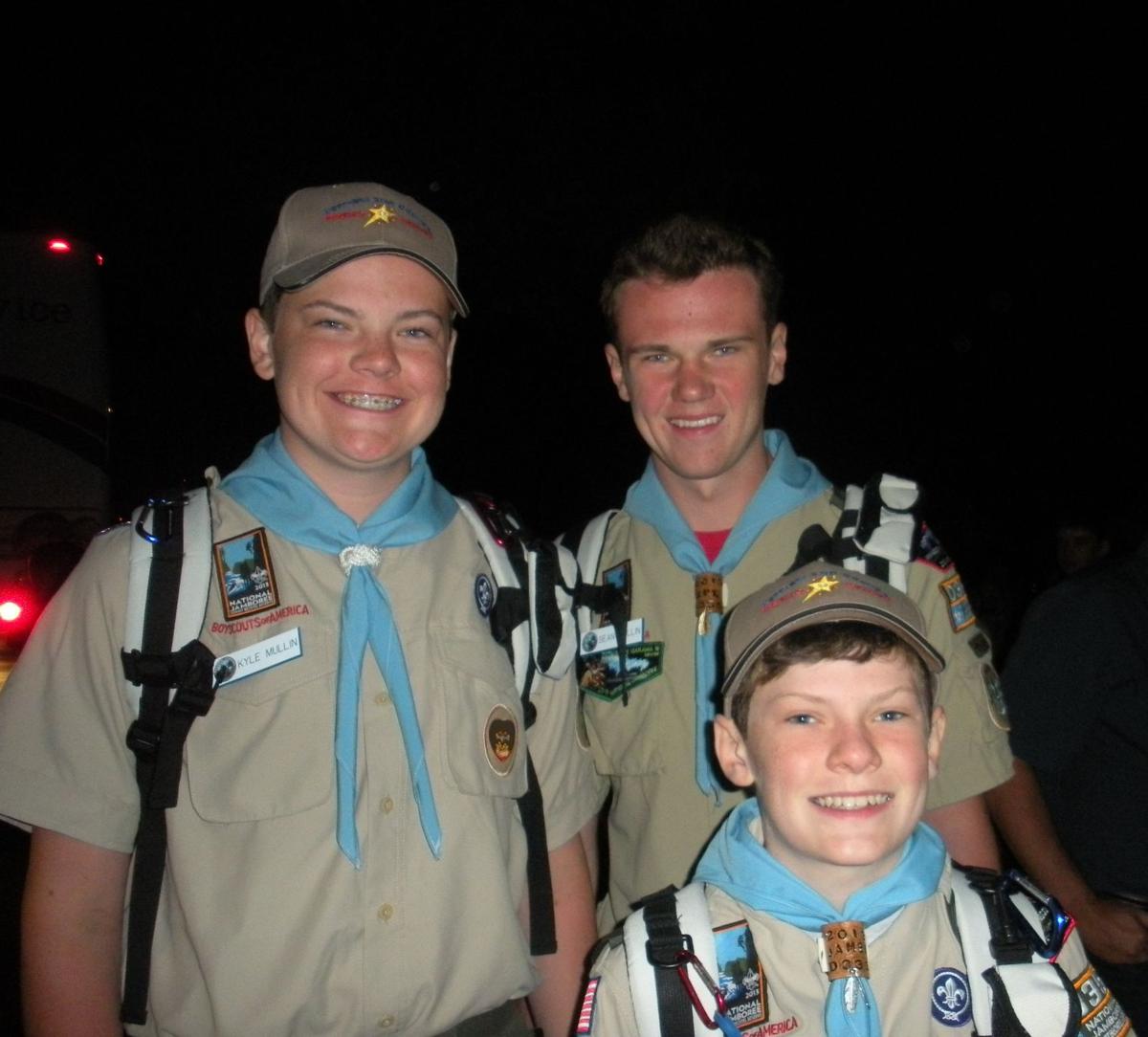 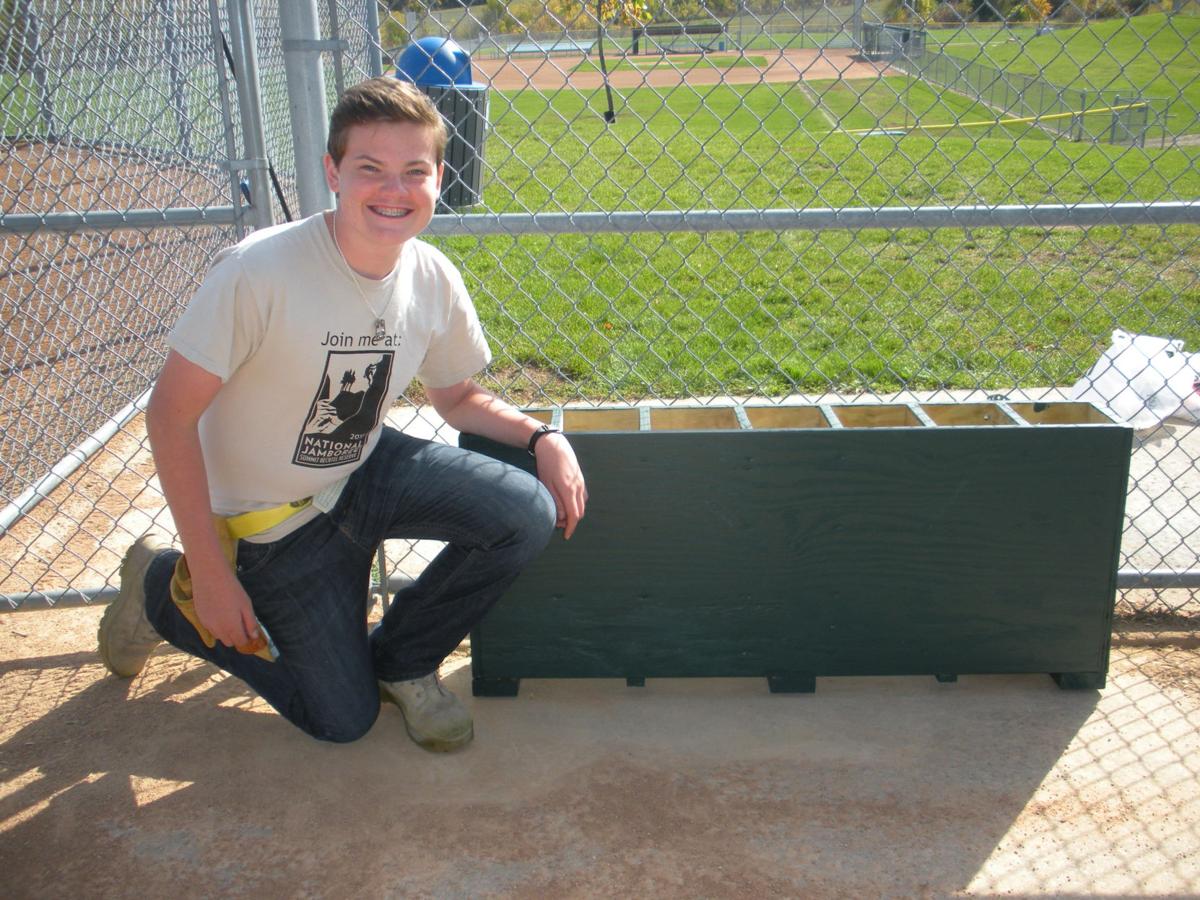 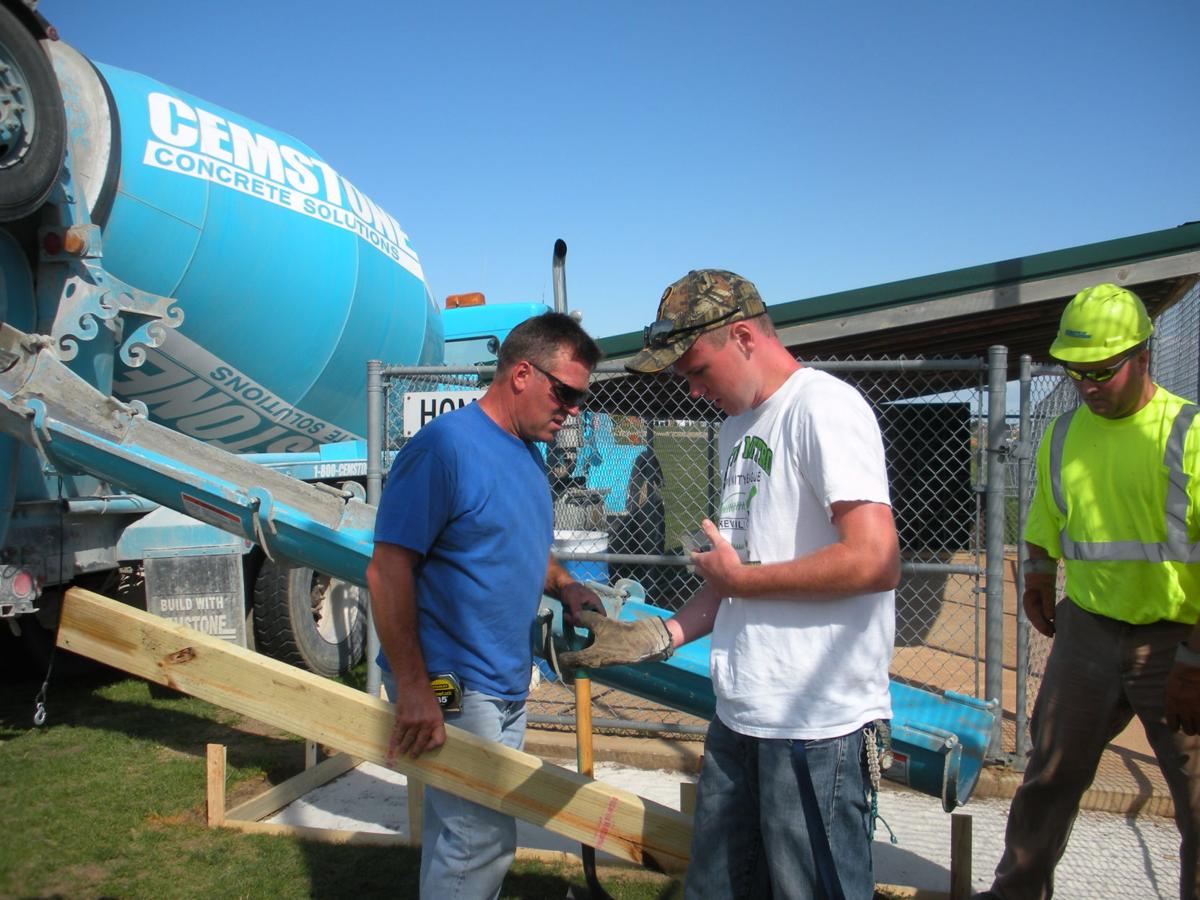 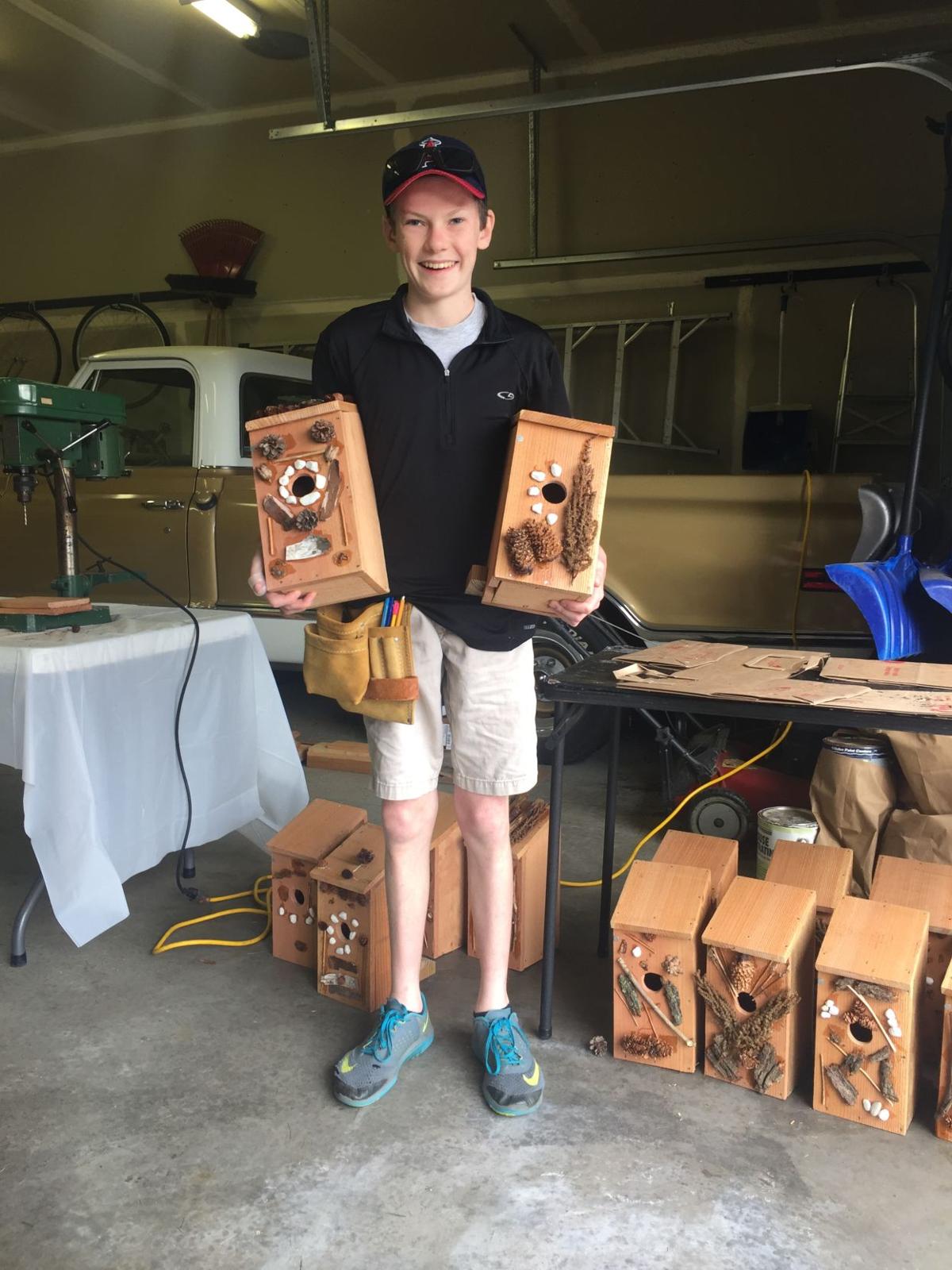 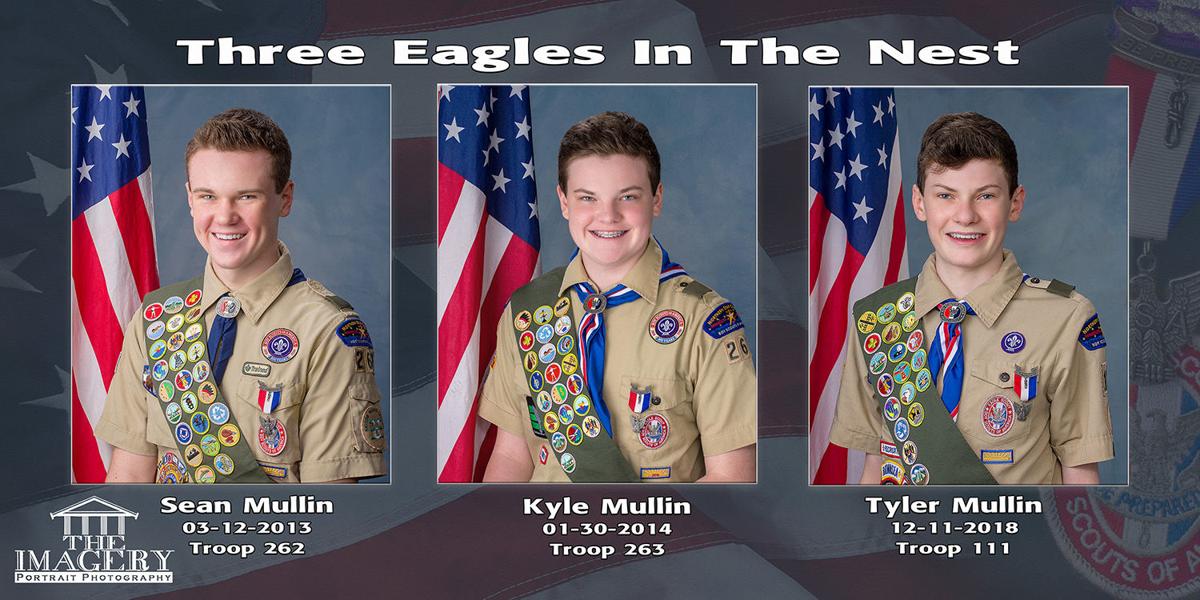 In life, it’s always best to “be prepared.”

For the Mullin brothers, it’s safe to say that they will be living out that Boy Scout motto.

While 6 percent of Scouts ever earn its highest rank, Sean, Kyle and Tyler Mullin all earned their Eagle Scout award through three different troops.

It’s a rare feat for three brothers to each be Eagle Scouts, according to Boy Scouts officials, as it takes lot of dedication on the part of the boys, their families and their troop.

“I am proud of my brothers for earning their Eagle Scouts,” said Kyle Mullin, the middle son of Christopher and Leslie Mullin. “I look up to Sean for earning his, and that had an effect on me wanting to earn mine, and I am proud of Tyler for earning his and putting that final stamp on his Scouting career.”

“I think it’s a great milestone to have achieved and hope they understand the leverage they have acquired,” Sean Mullin said.

“I am very proud to know that I come from a house of Eagle Scouts,” Tyler Mullin said, “and am glad that we could all go through the experience and share that with one another.”

The boys earned their Eagle Scout awards in 2013, 2014 and 2018, respectively, from three different Lakeville troops they decided to enter based on friendships they formed in Cub Scouts. To earn the Eagle honor they had to complete the required 21 merit badges and the 125 hours of work needed for their Eagle Scout project.

The projects have left stamps on the city of Lakeville and beyond.

Tyler Mullin designed, built, and installed bird houses at the Shriners’ Children Hospital in Minneapolis. The houses included decorations with natural materials done by young patients at the hospital.

They say that Scouts taught them much more than skills used in the outdoors like tying knots, building a fire or rigging up a tent.

“The biggest thing I had to overcome was doubt and lack of confidence,” Kyle Mullin said. “There were many times where I wasn’t sure about a decision I made or if going on a certain campout or hike was a good idea. To get over that I just needed to trust my abilities and trust the people I was with and allow myself to have 30 seconds of confidence to just make the jump.”

Sean Mullin said Scouts taught him how to be an effective leader.

“I liked the idea of knowing it was helping me become a well-rounded person and that I would make life-long friendships,” he said.

Kyle Mullin said Scouts taught him a strong work ethic and how to put forth extra effort on difficult tasks.

“That’s how I was going to make the grade,” he said.

That work ethic also trickled down to Tyler Mullin.

He said that one of the biggest challenges he faced was a swim test to earn his First Class.

“I have never been great at swimming, but thanks to perseverance, hard work, determination, and of a course a ton of help from my mom, I got it done,” Tyler Mullin said.

The boys credited the support of their parents with helping them reach their goals.

“I want to thank both my mom and my dad for pushing me to do my best,” Kyle Mullin said. “If it wasn’t for my mom, I wouldn’t have my Eagle Scout, period. And I appreciate my dad being there throughout my time as a Cub Scout and going on camping trips and being my Cub master and being there for the important life moments.”

Hiking and camping experiences were the highlights of their time in Scouts.

Sean and Kyle Mullin agreed that hiking at the Philmont Scout Ranch in Cimarron, New Mexico, was their most memorable trip.

Kyle Mullin said it was a peaceful experience hiking for 80 miles over 11 days in the rugged and dry terrain.

“(One night) some of us stayed up after dinner looking at the stars in the sky while laying on an old broken cart that was propped up at just the right angle,” he said. “We talked about life and philosophy and just about the universe we lived in. I can say without a doubt that I will always remember this experience.”

Tyler Mullin said his favorite memory was when all three brothers attended the 2013 National Scout Jamboree at Summit Bechtel Reserve in West Virginia.

Prior to the event, he said he worked very hard to get his First Class rank, a requirement for attending the Jamboree.

“Being able to go across the country and see Scouting at its biggest and best was incredible,” he said.

The Mullin brothers appreciate all of the experience and knowledge they gained in Boy Scouts. Now they are ready to soar beyond the foundation that their Eagle Scout award built for them.

“What I like most about Scouts are the opportunities it has given me,” Tyler Mullin said. “It helped me while applying to colleges and it sets me up for a future of success. … The most important thing I learned to be applicable to those settings is leadership, teamwork, and responsibility.”

Sean Mullin, who will graduate from the University of St. Thomas this spring with a business communications major, plans to work in the consulting and management field.

Kyle Mullin is attending the University of St. Thomas where he is an exercise science major. He said he hopes to enter the fields of orthopedics or athletic training and rehabilitation. He also plans to become a certified strength and conditioning specialist.

“I want to do this because I have always played sports and they have had a positive impact on my life, and I want to be able to help others in sports or in recovering from physical trauma,” he said.

Tyler Mullin, who will graduate this spring from Lakeville North, plans to attend the University of Wisconsin-Stout where he will major in graphic design.

“I have a talent for it, am passionate about it, and enjoy it,” he said. “It also means that I can follow in my mom’s footsteps in the artistic career.”

While the Mullin brothers’ footsteps will lead them in different directions, one can be sure they will “Be Prepared” for whatever comes their way.

Tad Johnson is at tad.johnson@ecm-inc.com.