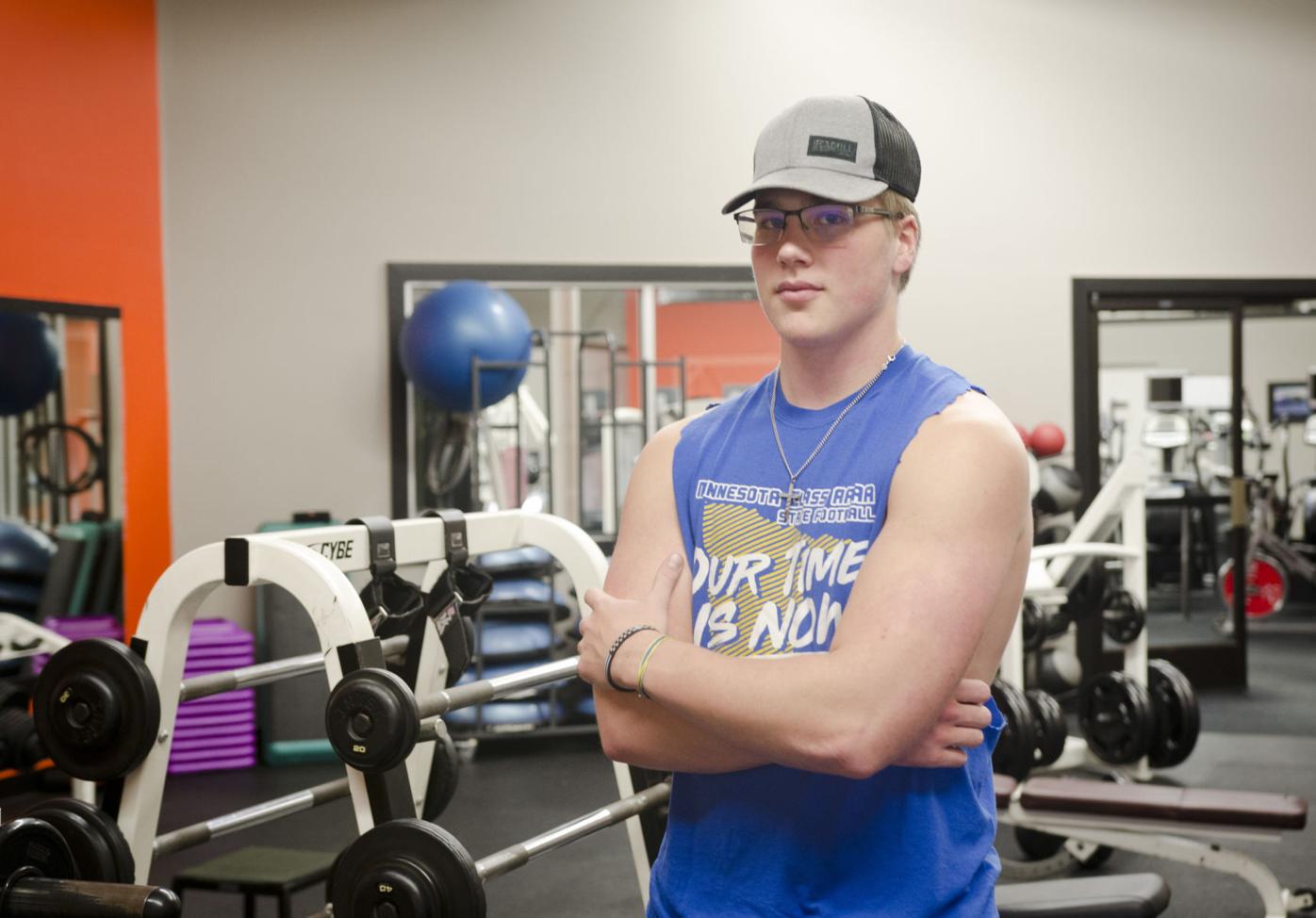 Fit for Life owner Sheila Rolling is speaking out against what she said is the lack of evidence the state used to shutter fitness centers and other businesses across the state due to COVID-19. She’s also concerned about the emotional and psychological toll that will have on her clients. Pictured is Rolling’s son Jack in the gym’s weightlifting area. (Michelle Vlasak/southernminn.com) 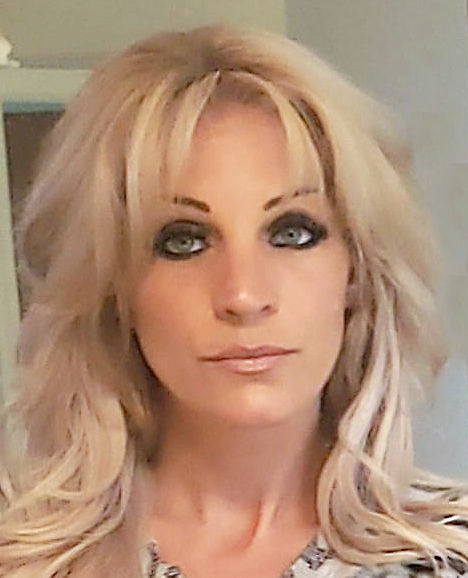 Fit for Life owner Sheila Rolling is speaking out against what she said is the lack of evidence the state used to shutter fitness centers and other businesses across the state due to COVID-19. She’s also concerned about the emotional and psychological toll that will have on her clients. Pictured is Rolling’s son Jack in the gym’s weightlifting area. (Michelle Vlasak/southernminn.com)

As many as 150 business owners across the state are pushing back against Gov. Tim Walz's four-week shutdown of in-person dining, fitness centers and youth sports, questioning the metrics used and preparing to defy his executive order.

Lisa Monet, co-owner of Lakeville-based Alibi Drinkery and Alibi at Froggy Bottoms in Northfield, plans to open her Lakeville bar Wednesday. But she's far from the only one. Monet knows of 100-150 businesses across the state whose owners plan to open, ignoring Gov. Tim Walz’s decision to close in-person restaurant dining, bars, gyms, bowling alleys, theaters and other places until at least Dec. 18.

Attorney General Keith Ellison is aware of the plan, said Monet, and has threatened legal action against some who he knows plan to open. She anticipates the openings will result in court action.

Under Walz's executive order issued last month, bars and restaurants are still allowed to offer takeout service. At the time, Walz said the state was trying to ease the strain on hospitals, which are struggling with a dramatic increase in COVID-19 patients and related staff shortages.

The ReOpen Minnesota Coalition is calling for rural businesses to open Wednesday, and metro businesses to follow suit two days later, both before Walz's order expires at midnight on Dec. 18. According to the coalition, the plan came after a meeting of approximately 150 businesses throughout the state.

"The governor has shown little concern for those suffering most from the effects of his poor leadership, so it is up to us to care for them," the coalition stated.

Already this week, an East Grand Forks bar opened in defiance of Walz’s order. According to the Minneapolis Star Tribune, the owner of the establishment called Walz’s order “a slap to our face.”

On Dec. 2, Wabasha County, in southeast Minnesota, issued a temporary injunction closing the Plainview Wellness Center, a business that had also opened in defiance of Walz’s order. Ellison’s office, which is tasked with enforcing the executive order, filed a lawsuit and motion for a temporary restraining order and temporary injunction late in November.

"I'm glad that the court recognized the seriousness of the pandemic and the firm legal foundation of the state's efforts to halt the spread of it," Ellison said following the announcement. "Stopping the spread of COVID-19 is everyone's responsibility. I thank the vast majority of Minnesota businesses that have complied with executive orders and done their part to stop it, and it's my hope that all businesses will understand their responsibility to comply. I recognize the sacrifice that most businesses have made: They deserve assistance, not unfair competition."

“The governor’s action will help slow the spread of the COVID-19 pandemic and protect the health and lives of all Minnesotans,” said Minnesota Medical Association President Dr. Marilyn Peitso in a statement after the restrictions were announced in November. “We are seeing, firsthand, the rapid spike in COVID-19 cases. These are not just statistics, but rather these are our patients, health care professionals, our teachers, our family members, our fellow Minnesotans.”

The statement asked Minnesotans to “heed the recommendations of public health experts if we want to help our state’s economy, ease an already stressed health care system, and most importantly, avoid unnecessary sickness, disability and death for thousands of our fellow Minnesotans.”

Monet noted though she and fellow business owners believe the virus is real, they feel the economic impact and psychological toll they, their employees and the broader community face are even greater threats. The emotional toll is staggering, she said, adding that the shutdowns imposed by Walz and other governors have resulted in suicides and preventable deaths, social isolation and drug abuse across the country. To her, she has no choice but to open to save her business and her 45 employees, now furloughed.

Some employees can't afford to buy food for their children and want the chance to work instead of receiving a second round of government-issued stimulus checks, she said.

Monet believes the four-week shutdown will be extended and may last as long as the one Walz imposed last spring which lasted 51 days. That resulted in more restaurants closing across the state, and run counter to the role nature plays in ending a pandemic, she said. Instead of the shutdown, Monet called for those at higher risk of COVID-19 to stay home, wear a mask and take vitamins.

‘It’s been a very frustrating experience’

Sheila Rolling, owner of Faribault-based Fit For Life gym, was taken aback by Walz’s executive order. She believes the fitness centers' shutdown was based on sketchy data and questions why hair salons and spas are still able to open with less distancing than fitness centers were implementing. To her, if the state needs to close businesses to ease the burden on hospitals, then officials should “shut everything down, don’t just pick and choose.”

“If they could, show us that infection rates are going up because of gyms,” Rolling said.

Fit for Life spaces patrons out to ensure proper distancing, she said, adding that staff has ensured the center is as safe as possible. Rolling noted gym members have told her they feel more comfortable coming to classes than they do going to a grocery store.

She, too, spoke of the toll the shutdown is having on members, noting some need the normal schedule a gym membership provides. Rolling said the state hasn’t assured business owners that they will receive financial assistance, an additional worry given the uncertainty of future revenue. She estimated she has already lost about 90% of her income from the gym due to the impact COVID-19 has had on a large senior program she offers.

“This isn’t our choice to be shut down, and we feel that we have everything in place to stay open,” she added.

Rolling anticipates she will be able to keep her gym due to the community support for her business but isn’t sure the same will be true for similar establishments.

Owatonna-based Spare Time Entertainment Manager Corey Mueller called on the community to support local restaurants and bars during the shutdown to help ensure they remain viable.

Prior to the executive order, Spare Time had opened to dine-in business 50% and bowling 25%. He and his employees cleaned and wiped tables, and took other preventative steps to reduce the virus' spread. Still, Mueller, who said last spring’s shutdown was hard to recover from, added that he understands the decision if it needed to be made.

How does it help them to reopen against orders when they will probably lose customers on a permanent basis as well as having to pay court fees and fines. I mean at least they are whining real loud and making a big deal about it so we all know where not to spend money but still pretty gross honestly.