Ben Saxton and Julia Kern won the freestyle sprint on the final day of the 2019 L.L.Bean U.S Cross Country Championships at the Craftsbury Outdoor Center in Craftsbury, Vermont. 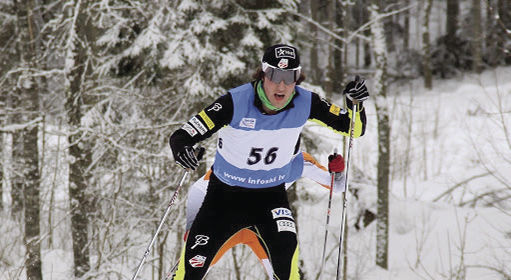 Ben Saxton and Julia Kern won the freestyle sprint on the final day of the 2019 L.L.Bean U.S Cross Country Championships at the Craftsbury Outdoor Center in Craftsbury, Vermont.

It was not that long ago that Lakeville native Ben Saxton looked upon cross-country skiing as a way to stay in shape for the high school track and cross-country seasons. Now it’s his livelihood.

The 26-year-old Saxton, one of top U.S. sprinters, is in his eighth professional season. He will be racing in Minneapolis on March 17 in the Coop FIS Cross-Country World Cup.

Saxton, whose parents and grandparents still live in Lakeville, considers this season to be a successful to date, but getting a chance to race in front of family and friends has him focused on creating a lasting memory.

“I’m a competitive person,” Saxton said. “I’m always chasing the podium, I’m always looking to get faster. Of course, winning (in Minnesota) would be special.”

Saxton graduated from Lakeville North in 2012 after winning state cross-country skiing championships his junior and senior years. He took a post-graduate year to focus on starting his pro racing career and now attends Dartmouth, where he takes classes in the spring.

“Every sporting journey is taking a series of steps,” Saxton said. “(Winning state titles) told me that I was progressing, and made me want to take the next step.”

The World Cup season includes 21 races held around the world, and Saxton has raced in China, Canada and throughout Europe. One of his goals is to return to China in 2022 as part of the U.S. Olympic team competing in Beijing.

His success on the professional level has put him in place for the chance to compete for an Olympic spot. Endurance and strength are the two attributes that come to mind for successful cross-country skiers, but Saxton pointed out that there are two others that are equally important.

“And you have to be resilient. It’s a sport with a lot of ups and downs. It’s a sport that doesn’t garner a lot of attention, and it’s not asking for any of that. We do it because we love it. There are quiet moments, and you always have to be ready to pick yourself up and keep moving.”

Dean Spiros can be reached at lakeville.thisweek@ecm-inc.com.