The Minnesota Scottish Fair and Highland Games are scheduled for July 19-20 at Eagan’s Central Park. 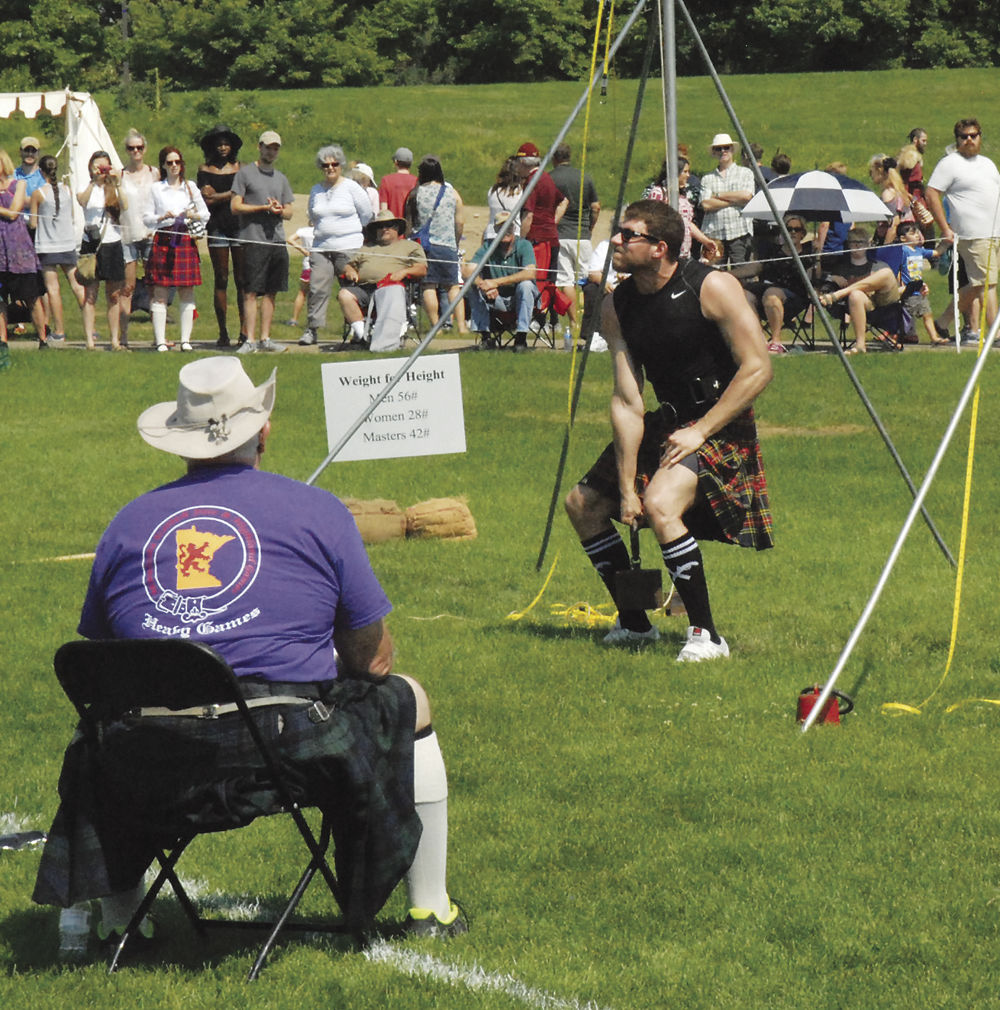 Last year was the first time it was at Central Park’s Festival Grounds.

It had been held at the Dakota County Fairgrounds and Faithful Shepherd Catholic Church in Eagan in years past, but organizers appear to have found a home in Eagan.

“It’s really worked out great for us,” said Don Cogswell, president of the Minnesota Scottish Fair and Highland Games.

Thanks to great weather and free admission, attendance was at an all-time high in 2018.

“We’ll see if we can do even better in 2019,” Cogswell said. “Last year the weather was so great. It’s nothing we can control, but we’re hopeful it’ll be nice out.”

And there will be people attempting to launch 100-pound trees into the air.

“The heavy events are a mainstay,” Cogswell said.

Competitors will compete an array of physical challenges testing their strength, accuracy and power by tossing such items as stones, hammers, cabers and sheafs.

While it’s easier to imagine what tossing a stone or hammer is like, one of the more unique events is the caber toss, which is a tree that’s trimmed so a thrower can run with it.

The sheaf toss involves a stuffed burlap bag, which is then tossed with a pitch fork.

Registration to compete is over, but they’re easy events to observe and spectators are allowed to bring lawn chairs, blankets and umbrellas.

There will also be competitions in Highland dance, Scottish harp, pipe bands and more.

Cogswell said he is excited to see two Scottish harp national champions Stephanie Claussen and Chad McAnally at the fair.

Attendees can also get in on the action, such as making arts and crafts and learning how to dance.

“There will be some country dancing for watching and some for participating,” Cogswell said. “They’ll give a demo and people can come up and try their hand at dancing.”

Laura MacKenzie, Brass Lassie founder, is going to do a workshop in the children’s area.

“There will be crafts all day long in the children’s area,” Cogswell said. “They can make their own Scottish shield and those types of things.”

There will also be the opportunity for the younger attendees to try games such as the caber toss, sheep toss, haggis hurl, and stone toss.

The Burnsville Curling Club is planning to bring out a surface for people to try curling, Cogswell said.

For those who get hungry, the Scottish Fair will feature plenty of meat pies and Scotch eggs.

Food from the Lone Oak Grill will be on site along with another local favorite, Summit beer.

No outside alcohol is allowed.

The fair will wrap up with a mass band performance along with traditional Cèilidh Dancing, Cogswell said.

Parking and admission is free, but people are encouraged to bring items for donation to The Open Door food pantry in place of an entry fee.