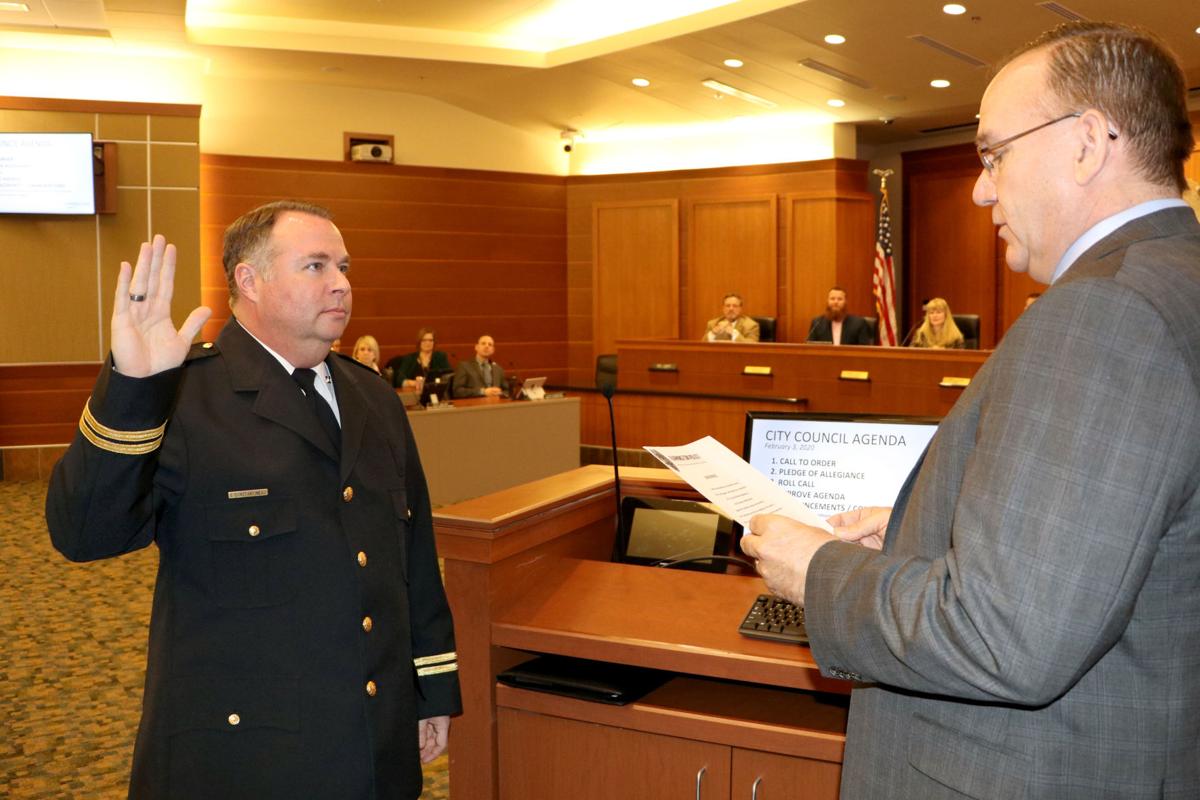 Farmington City Administrator David McKnight administered the oath of office to swear in Jim Constantineau as the city's first deputy chief of police during the Monday, Feb. 3, council meeting. 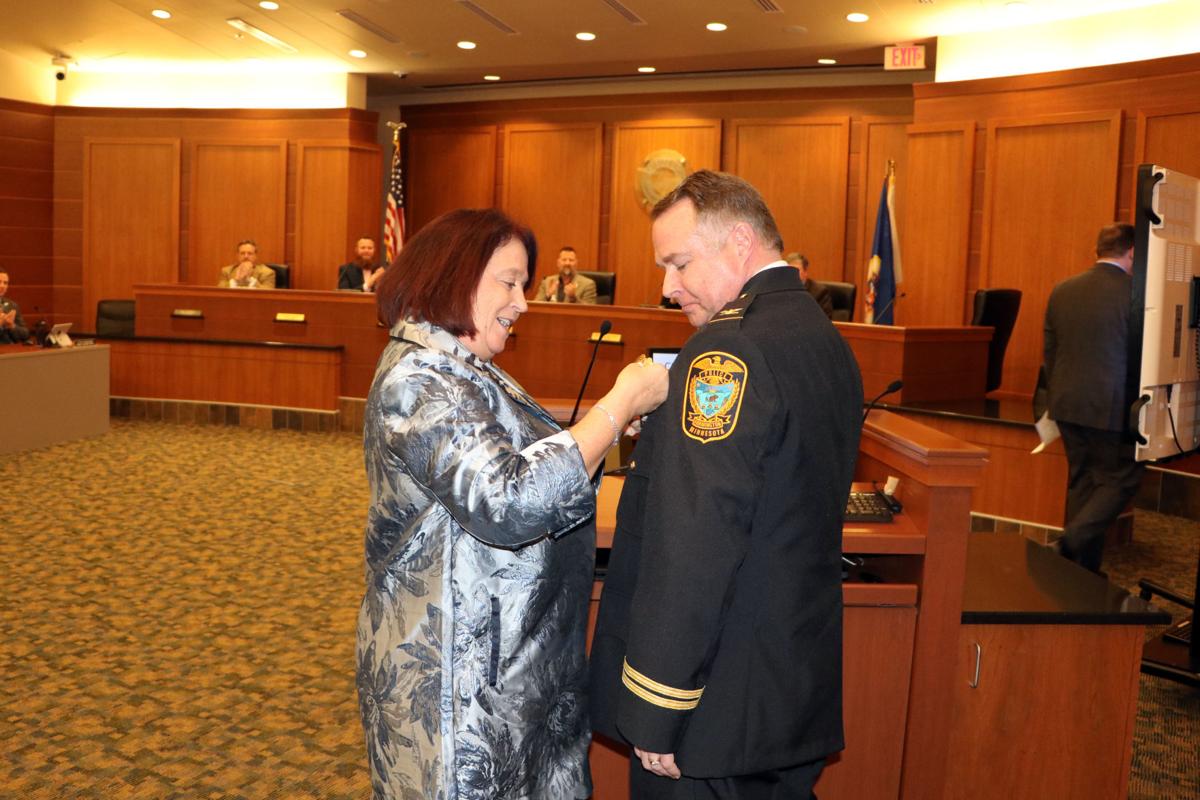 Farmington Deputy Chief of Police Jim Constantineau has his new pins put on by his wife.

Farmington City Administrator David McKnight administered the oath of office to swear in Jim Constantineau as the city's first deputy chief of police during the Monday, Feb. 3, council meeting.

Farmington Deputy Chief of Police Jim Constantineau has his new pins put on by his wife.

Police Chief Gary Rutherford celebrated the promotion of his second in command during a pinning ceremony during Monday's City Council meeting.

City Administrator David McKnight administered the oath of office and swore in Constantineau.

“On a personal note, I say this with genuine sincerity and admiration, I would not have been able to successfully transition in my position without his valuable assistance,” Rutherford said, who was named Farmington police chief a year ago after serving as acting, interim police chief for five months and who took over leadership after a separation agreement was approved for the former police chief.

Constantineau, the former police administrative sergeant, served in a number of public safety roles for the department since 1992. He has worked as a patrol officer, a field training officer and an FBI-trained hostage negotiator.

“He represents our police department and our city on a number of critical boards and committees and always ensures the views and goals of Farmington are known and recognized, and when it comes to the day-to-day administration and management of the police department, there is a precious little he has not had a hand in,” Rutherford said.

“He has managed our fleet, our budget and our technology and he has done it all with an eye toward fiscal responsibility,” Rutherford added.

Constantineau began his law enforcement career in Wisconsin as a police dispatcher, a part-time lake patrol officer and became a full-time police officer and then relocated to the Twin Cities in 1991 when he was hired as a patrol officer in Farmington.

“Wow! I will be quite honest with you when I started with the police department over 20 years ago I did not intend to stay long," Constantineau said after the pinning ceremony. "I thought Farmington would be a stepping stone, and if you had told me I would be standing before you today, I would laugh at you."

“But you know why I am still here? The men and women standing in the back of the room, the management team and past and present members of the council and this community,” he said.

He thanked Rutherford for having the confidence in him to select him for this position.

"I do think we make a great team. And to my administrative team and my co-workers, I could not have done this without you and thank you for trusting me to do the right thing and helping me grow as a supervisor.”

He thanked his parents and his older brother Dave, who drove from Milwaukee to celebrate this career milestone.

“I was not one of those kids who grew up and knew they wanted to be a cop – I wanted to be an architect and actually started school to become an architect, but when I realized that career choice was not in the cards, I needed to figure out what to do,” he said.

When he was a young man, Constantineau learned about police work when he did a few ride-a-longs rides with his brother, who has worked as a police officer for 33 years and is second in command for his department.

“Dave, I would not be here without you,” Constantineau said with emotion in his voice.

Constantineau thanked his two daughters for putting up with his overprotective demeanor and for supporting him in life.

“Finally, I would like to thank my beautiful wife - you have been my rock for the last two decades and have always encouraged me to be my best, and you talked me off the cliff on more than one occasion and were my sounding board during the good times and the not so good times - you gave me your confidence, guidance and love and I will always view you as the best thing that ever happened to me,” Constantineau said.

This personal comment earned loud applause from the chamber audience and even a few tears.

Farmington Mayor Todd Larson said: “Nice job, we are lucky to have you.”

Rutherford thanked the council for authorizing the deputy chief position, adding “Jim is going to do a fantastic job and we have no doubts.”