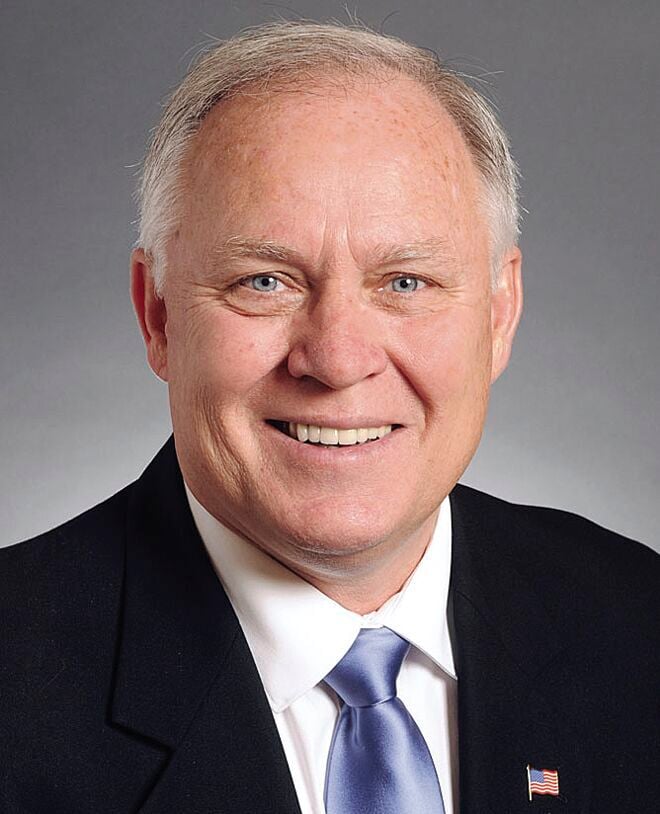 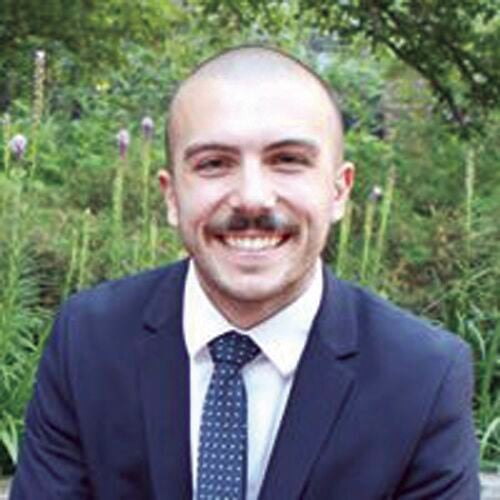 As they finish their terms in the Minnesota Legislature, the last order of business for Burnsville-area lawmakers who won’t be back next year is likely to be voting on a coronavirus relief package for struggling businesses and the unemployed.

“Our heart is to help all of them if we can,” said District 56 Sen. Dan Hall, R-Burnsville, who has served a decade in the Senate and was unseated by DFLer Lindsey Port in November.

“To have some small part in providing at least a modicum of stability for them, as I approach the end of my tenure serving my community, it is incredibly humbling,” said Cantrell, the current Legislature’s youngest member, who is leaving after one term to resume pre-med studies at the University of Minnesota. He’ll be replaced by Rep.-elect Jess Hanson, DFL-Burnsville.

In interviews Dec. 4, Hall and Cantrell discussed their careers and coronavirus relief, which could come to a vote during a Dec. 14 special session.

Like Cantrell, District 56B Rep. Alice Mann, DFL-Lakeville, was elected in 2018 and didn’t seek re-election. Mann, whose district includes much of Burnsville, declined an interview request. She’ll be replaced by Rep.-elect Kaela Berg, DFL-Burnsville.

The contours of any relief package that would pass muster with the Republican-controlled Senate, DFL-controlled House and DFL Gov. Tim Walz weren’t clear Dec. 4.

Hall said he’d like to spend all of the $641 million surplus in the state’s current two-year budget on coronavirus relief. But despite a better-than-expected November budget forecast, he cautioned that an estimated $1.3 billion shortfall looms for 2022-23.

Business relief is paramount, Hall said, and the state should do what it can to help the unemployed within fiscal constraints.

“There are many people that aren’t getting help at all and can’t get help and are losing their businesses and livelihoods,” said Hall, whose district includes all of Burnsville south of Highway 13 and west of Parkwood Drive, all of Savage and part of northwest Lakeville. “When you help businesses, you’re helping employees. When you help businesses, you’re helping families. The core of our society is families and allowing them to prosper.”

He noted that business hardships were imposed by Walz’s shutdown orders — “which I have a problem with in the first place, whether it’s even constitutional. ... But I think we have a responsibility to help those that really need help.”

Elected three times, Hall, 68, was chair of the Senate’s Local Government Committee the last two years. He said he also took a special interest in his work on the Judiciary Committee for all 10 years and his role the last four as vice chair under Sen. Warren Limmer, R-Maple Grove — “such a statesman and honest guy and protector of freedoms.”

“Because I’m not a lawyer, although I’ve got two sons that are lawyers, the field is very interesting to me, as the Constitution is and how we read that Constitution,” Hall said.

He’s proud of having authored a bill allowing public schools to display, by their choice and at their expense, plaques or other markers with the national motto, “In God We Trust.” It failed to gain then-DFL Gov. Mark Dayton’s signature, Hall said.

A former volunteer chaplain at the Legislature, he recalled leading the Senate’s session-opening prayer one day after taking office and being “rebuked from the floor” for praying in Jesus’ name.

Allowing prayers in the faith tradition of the invited chaplains leading them became a cause for Hall. Working with the Congressional Prayer Caucus Foundation and others, he said they achieved that change in the Senate when Republicans reclaimed the majority seven years into his career. Backers convinced a Republican House to go along — even though past practice returned when the DFL regained the House majority, Hall said.

“There’s an attack on religious freedoms, and that’s one of the things I have tried to keep America free from — those attacks and the bondage that some would try to put on religious groups,” Hall said.

He objects to Walz’s 50 percent occupancy restriction on houses of worship during the pandemic.

Hall said many confuse “separation of church and state” as a constitutional edict, though the phrase isn’t in the Constitution. But he suspects the erroneous interpretation is taught in many schools, which is “very, very sad.”

Hall said he wants to remain active in such debates and is “putting some feelers out to national groups and local groups to see if they’re interested in having me help them.”

“You take religious freedom away and you will have anarchy prevailing,” Hall said. “People don’t understand that. Really, what you’re talking about is your values and your beliefs. And when you can’t express, or you can’t freely pursue those things, and the government holds you back, we are in a terrible spot. And I think we’re seeing anarchy erupt these days. People don’t have a compass to go by. And that means every man for himself — might is right — and that shouldn’t be the way it is.”

As of Dec. 4, Minnesota House Democrats were seeking a 13-week extension of unemployment benefits as the federal CARES Act neared its expiration at the end of the month and new federal relief was uncertain, Cantrell said. All pandemic-related federal unemployment compensation ended in early September.

A state measure “as robust as possible” is needed for unemployed workers, some worried about food and shelter, and for business owners whose livelihoods are upended, he said.

“I certainly wish we were able to do more, but I hope what we are able to do provides some solace and some support to the people in our community,” said Cantrell, whose district includes northwest Burnsville and all of Savage.

The 2013 Burnsville High School graduate will resume his studies next year after a three-year hiatus that included treatment for Hodgkin lymphoma at age 21 and then running for and serving in the House. He intends to take his medical school admissions test next year.

“I’ve always been captivated by the art of surgery,” said Cantrell, 25, who also has research experience in gene editing and is interested in probing solutions to “large, intractable” medical problems.

“I’m really excited in anticipation of being able to anticipate advancing the alleviation of human suffering,” Cantrell said.

A member of the House Health and Human Services Finance Division and Long-Term Care Division, he lamented that DFL health care initiatives were thwarted during his term — in no small part, Cantrell said, because of opposition from the health insurance and pharmaceutical industries.

“If I’m being candid, there were certainly some folks in the Senate on the other side of the aisle who weren’t as interested in advancing really important health care policy,” he said.

He singled out a bill he chief-authored that would have prohibited insurers from making midyear drug formulary changes that drop coverage for medications people come to depend on. Losing access to a drug can derail a person’s control of a medical condition and cause regression, Cantrell said.

“Whatever we can do in the future to make sure our health care system actually works for patients instead of these moneyed organizations should be the goal of the Legislature until everyone has access to dependable, affordable health care,” he said, describing patient-protection “guardrails” that can be implemented without remaking the whole system.

The only openly gay House member, Cantrell introduced legislation last year to ban the practice of conversion therapy — trying to change a person’s sexual orientation from homosexual or bisexual to heterosexual — on people 18 and under and vulnerable adults. The bill included provisions against false advertising of conversion therapy, he said.

There are “conversion therapy practitioners in the state of Minnesota, and they often operate rather discreetly,” Cantrell said. He said he spoke with therapy survivors “about the torment that they experienced in Minnesota” and worked on the bill with a coalition that included the Minnesota Medical Association, psychiatrists, the ACLU and some faith groups.

“I know for a fact there are members within the GOP Senate caucus who are in favor of banning conversion therapy,” he said.

Also during his term, more than $5 million was secured for road and safety improvements on Highway 13 in Savage, Cantrell said.