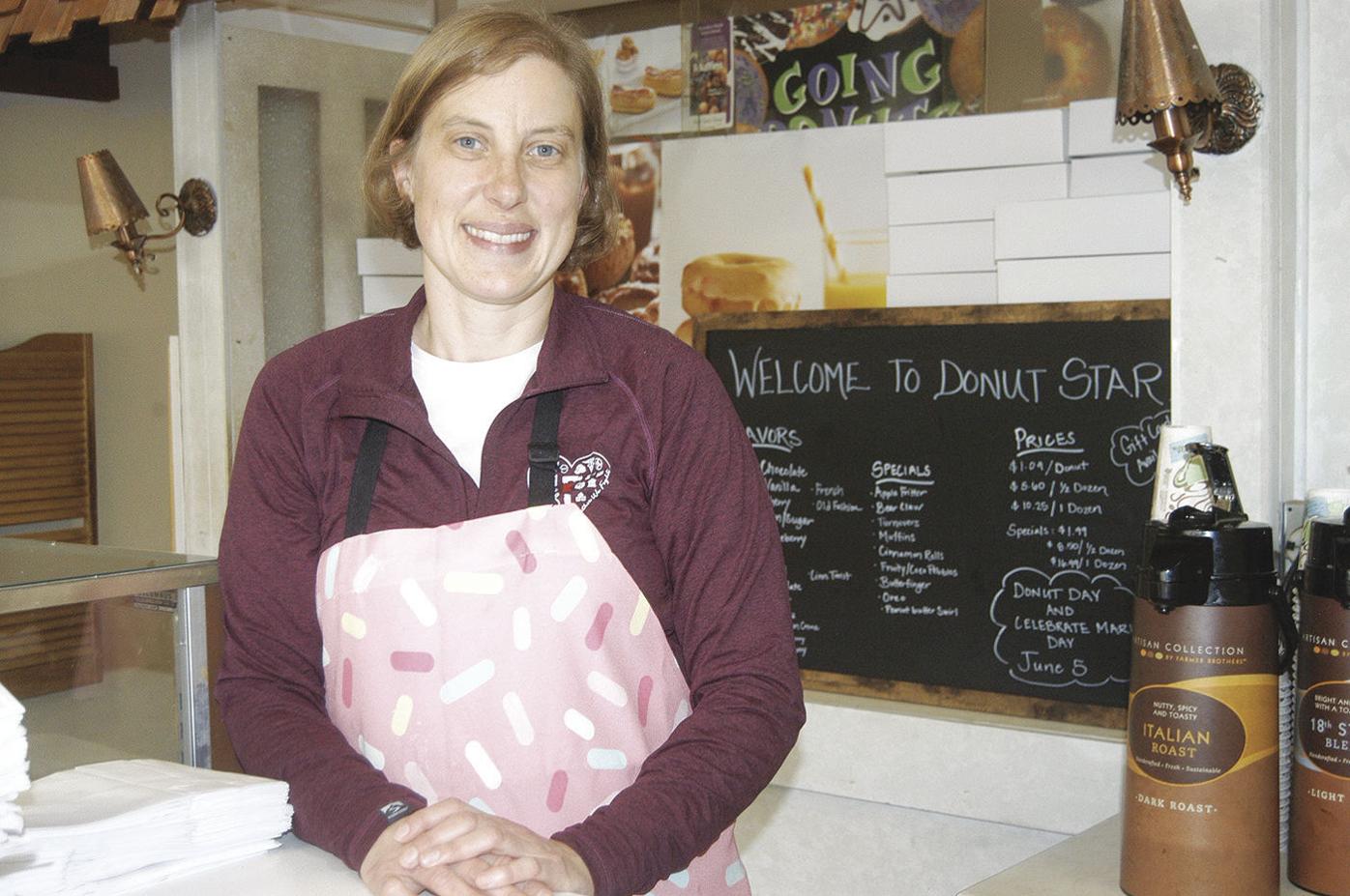 Jill Meirink and her husband, Steve, are the new owners of Donut Star in Burnsville. 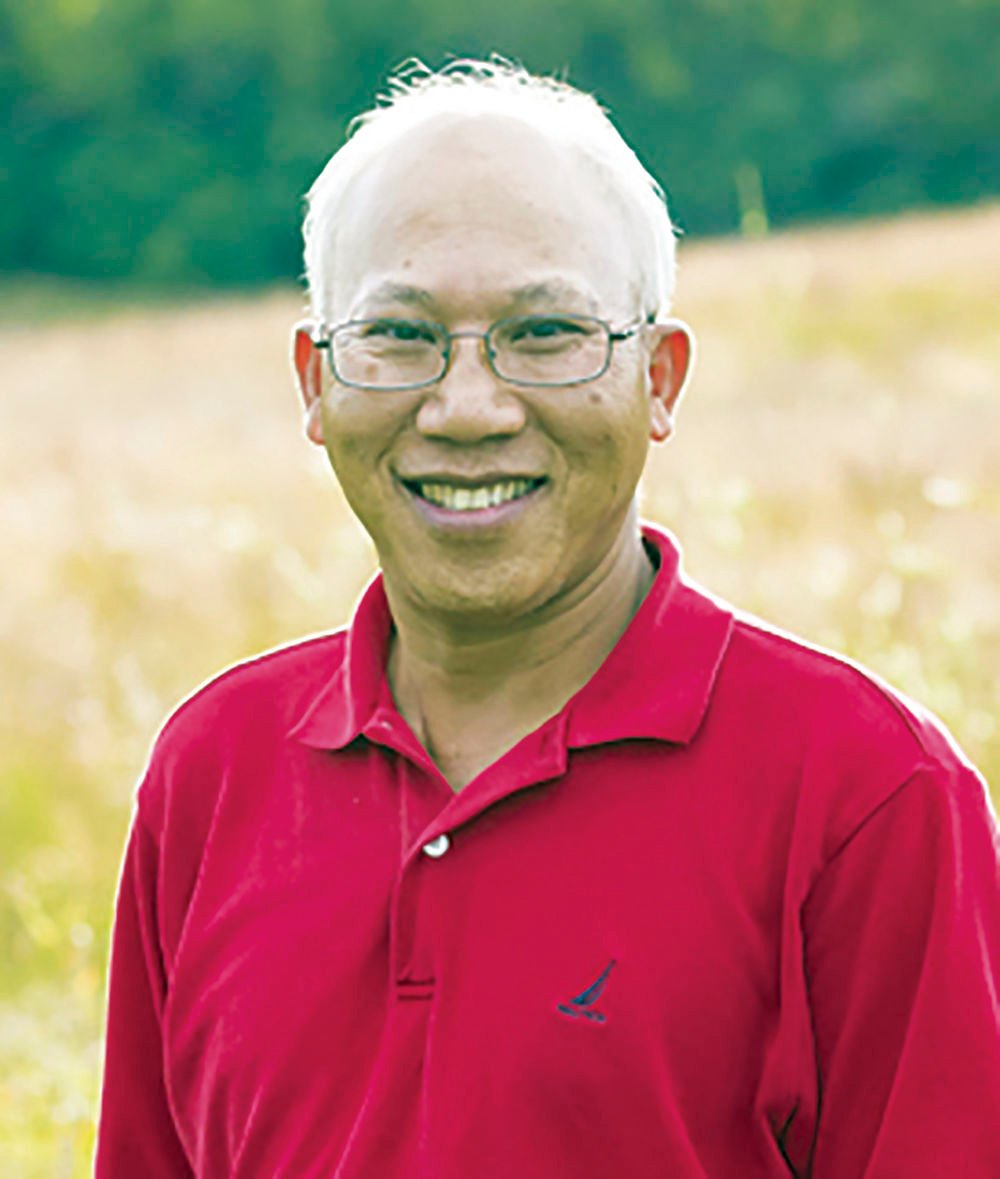 Donut Star opened about 45 years ago, according to new owner Jill Meirink. It was originally called the Dutch Oven.

Jill Meirink and her husband, Steve, are the new owners of Donut Star in Burnsville.

Donut Star opened about 45 years ago, according to new owner Jill Meirink. It was originally called the Dutch Oven.

The recipes have remained the same at the Donut Star Bakery in Burnsville, but the passage of time has made the historical record elusive.

As far as new owner Jill Meirink knows, the familiar shop at the north end of the strip mall at Cliff Road and River Hills Drive is about 45 years old and was originally called the Dutch Oven.

She and her husband, Steve, are the fifth owners, but neither they nor the previous owner can name the entire lineage.

“I just know that it definitely is a Burnsville marker,” said Wathana Saythong, who bought the shop with his father, Vinath Mark Saythong, in 2011.

Mark, as he was known, loved the Donut Star, loved chatting up the many familiar customers and was reluctant to say goodbye.

“I wanted him to enjoy life in general,” said Wathana, who served as his father’s baker. “He didn’t want to let go of the shop. He’s the one that wanted to keep going.”

But the Meirinks closed the sale on Feb. 10 and took over in a transition made seamless by two and a half weeks of doughnut training from the Saythongs.

Mark had plans — buying a winter place in Florida, taking vacations already booked, playing a lot of golf — but died on May 4 after a sudden heart attack and emergency triple bypass surgery. He was 66.

“He’s just a great guy, a friendly guy, and adored his family,” said Jill Meirink, who attended the funeral May 23. “We’d be training, and in the middle of training he’d tell me a story about his granddaughter and then have to show me a picture. That was really important to him. And I know his grandkids would hang out here with him on weekends.”

When news of his father’s death circulated on the Nextdoor social media site, Wathana said he was overwhelmed by all the comments and tributes.

“I actually broke down,” said Wathana, who lives in Burnsville with his wife and their five children. “When I read it, I just broke down.”

Born in 1953 in Thakhek, Laos, Mark came to the United States in 1984 with his wife and three young children. He studied accounting at Rochester Technical College and the family moved to Sparta, Wisconsin, in 1987.

Mark held jobs including custodian and mechanic and finished his accounting degree, Wathana said. He became a bishop in the Church of Jesus Christ of Latter-Day Saints, which sponsored the family’s move to America, his son said.

After their two oldest children graduated from high school, Mark and Kim Saythong and Wathana, their youngest son, moved to Burnsville to be closer to family in the Twin Cities. Mark was a presence in the Laotian community as an interpreter, tax preparer, Buddhist temple board member and funeral coordinator, his obituary said.

Growing up, Wathana used to hang out and help out at Donut Star, which was owned by friends of the family. In 2011, at the owners’ invitation, Mark and Wathana bought the shop.

During their tenure they were generous with donations of pastries to shelters, police and firefighters, schools and small businesses, Mark’s obituary said.

The recipes, handed down from the original owners, have remained the same “since day one,” Wathana said. “There’s certain things you just don’t fix. That’s just the way it is.”

If he had a trademark as baker, it was never oversweetening the product with excessive frosting.

“That’s what people always loved about us,” he said. “You want a good pastry, but you don’t want to feel ‘ugh’ afterwards.”

Wathana said the Meirinks learned well from him and his father.

“I stopped back one time, and it’s all perfected,” he said.

Steve Meirink grew up in Apple Valley and has memories of Donut Star.

“He remembers coming in for a treat,” Jill Meirink said. “I think the decor is very similar to what it was back then, which some people love.”

She learned baking early from her grandmothers, particularly on her mother’s side.

“When my grandma passed away, I remember driving home from her funeral talking to my husband — that was pre-kids — and saying, ‘I want to open a bakery,’ ” Meirink said.

About 15 years ago she opened a cookie business in Farmington called Jbeans Cookie Jar. It closed when her husband’s job as a publishing company executive took them to Atlanta.

The family now lives in Inver Grove Heights, and Jill said their four children, ages 4 to 13, were an inspiration to buy Donut Star.

“They come and they’ll run the cash register and make boxes and do things like that,” said Meirink, whose plan to add cookie sales at Donut Star is on temporary hold during the coronavirus pandemic. “Probably one of the main reasons we bought this place is to teach our kids how to run a business and how much work it is to have your own business. To see my 9-year-old be able to run a register and count out money, those are life lessons that they’re not going to get anywhere else.”

Steve had returned to the shop in recent years to buy doughnuts and became friendly with the talkative owner. He let Mark know that if he ever retired, the Meirinks might be interested.

Mark had planned to return to Donut Star on June 5 to help out during National Doughnut Day, which falls on the first Friday in June.

Now, Jill said, she plans to make the day a tribute to Mark and donate $5 from every dozen sold to a memorial fund for his family.

“He said it’s a busy day, and there was usually a line of people out the door,” she said. “What that means with the pandemic I’m not sure, so we’re gong to do a drive-thru.”