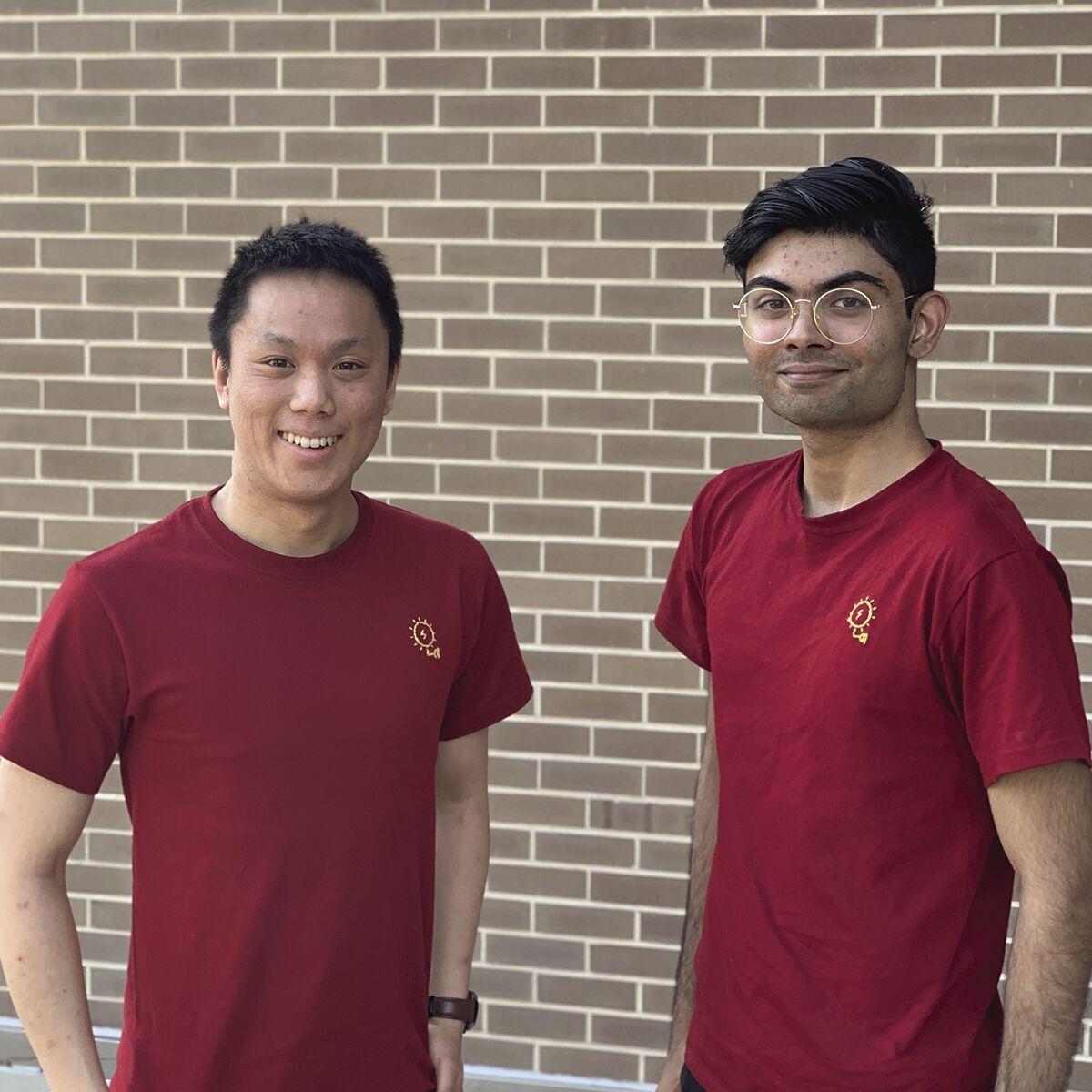 Burnsville High School graduate Kit Chow, left, and Aditya Parihar, are the inventors and makers of Boosted Chews, which combined chocolate and caffeine. 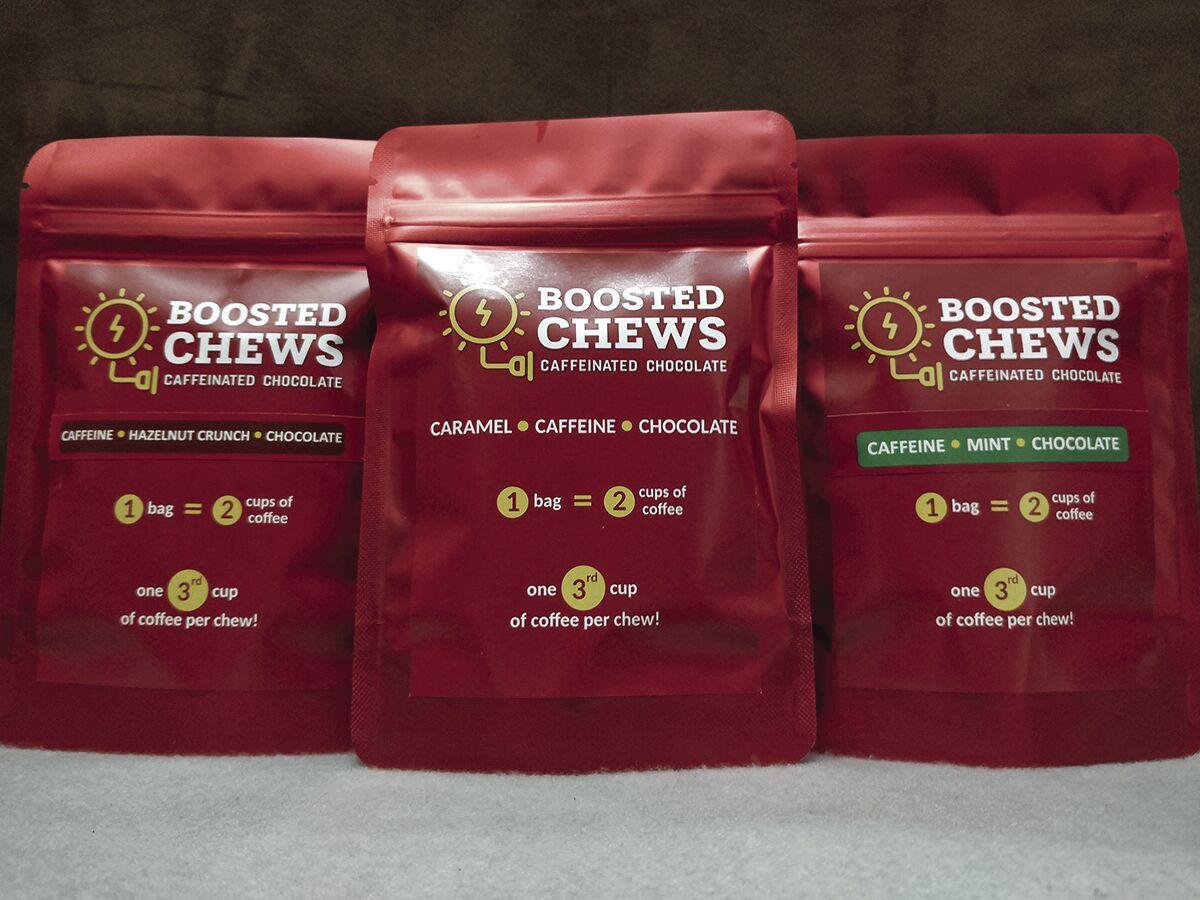 Burnsville High School graduate Kit Chow, left, and Aditya Parihar, are the inventors and makers of Boosted Chews, which combined chocolate and caffeine.

Kit Chow has been cultivating success since his days as a decorated student-athlete in Burnsville-Eagan-Savage District 191 schools.

Chow, who will be a senior this fall in bioprocess engineering at the University of Wisconsin-Madison, has a LinkedIn profile longer than a chain of amino acids and four internships under his belt — the most recent with DuPont Nutrition & Biosciences.

But his career plans might be headed for a detour. Chow and fellow UW-Madison senior Aditya Parihar, both 20, are the developers, makers, packagers and marketers of a product called Boosted Chews — bite-sized chocolate chews with enough caffeine in each to equal a third of a cup of coffee.

“Buy a bag of energy,” their website beckons, and Chow said they’ve sold nearly a thousand since the product hit the market in late March.

“My plans have changed since Boosted Chews started taking off,” Chow said, en route to an industrial kitchen in Madison where he planned to spend the next three hours wrapping individual Chews. “Before I was more set on going into engineering. But I think entrepreneurship, with everything that’s going on, may be a better route for me, potentially. Having an engineering background as an entrepreneur has been incredibly helpful.”

The 2017 BHS graduate was captain of the swim team and ran cross country. He was concertmaster and first chair violinist with the orchestra and a member of the Quiz Bowl team. As a senior he won the Region 3AA Triple A Award for athletics and academics, along with BHS classmate Kyra Bower. He was a 2017 National Merit Commended Student and an Eagle Scout.

Chow and Parihar bill themselves as two UW-Madison students “who think and talk a little too much about entrepreneurship.”

“It all began with Aditya chugging over four iced mochas a day, and Kit hunting for a tasty sip to slurp on,” their product’s online origin story goes. “We wondered, ‘We’re engineers, what if we just made our own drinks?’ ”

Their attempt at a caffeinated mango nectar-type juice, cooked up in Chow’s apartment, was short-lived, he said.

“It tasted great. We were all excited about it,” he said, but the trend in caffeinated drinks is toward low-sugar and low-calorie.

“But this time, we weren’t ready for it,” their narrative says. “We needed something small and flavorful, something that we could quickly snack on and get energized in one fell bite.”

Chow and Parihar pressed on, consulting professionals at UW-Madison’s Center for Dairy Research. Their quest for product was originally part of a university start-up competition called Transcend Madison Competition 2020. They persisted even after the April contest was canceled because of the pandemic.

The dairy pros suggested chocolate as a caffeine vehicle. They even provided a prototype formulation, which Chow and Parihar proceeded to mess with, cooking batch after batch in Chow’s apartment.

“They gave us a starting point. We changed pretty much everything about it,” said Chow, who loves to cook and experiment with flavors. “I’d say half the ingredients stayed.”

The prototype included a hint of orange extract, which the partners ditched. One of their objectives was to mask the taste of 30 milligrams of pure caffeine per chew.

“We buy our caffeine in powdered form,” Chow said. “There’s an online distributor. We are able to buy it wholesale. It’s safe.”

Once they added a “blonde” caramel to each piece, the Boosted Chews formula was born.

“Usually people’s first thoughts when they have a Boosted Chew is it’s a Tootsie Roll, but good. ... We ended up with one we liked,” Chow said. “We tested it on around 54 of our friends and people we had fill out surveys.”

The partners then turned to gener8tor, a start-up “accelerator” in Madison, said Chow, the marketing lead for campus entrepreneur group TranscendUW.

“We’re both engineering majors. We have the technical side pretty much covered,” he said. “We definitely had help on the food side from Dairy Research. Gener8tor really helped us narrow down our business model and how we wanted to develop our revenue streams and develop a plan for our future.”

Chow said he and Parihar still do all the packaging and cooking by hand but plan to seek investors to finance a manufacturing operation.

“So far, all the investment has been only from us,” he said. “We got to be pretty scrappy in the way we’re spending our money and garnering traction.”

Available in mint and hazelnut crunch as well as caramel, Boosted Chews can be purchased online and at several Madison retailers, a market the partners cracked about a month ago, Chow said.

“Eventually we want to start making big-box grocery store deals, ending up in your chain grocery stores, things like that,” he said. “We are farther down the line to actually considering a move into the nutraceuticals space — nutrition and pharmaceuticals.”