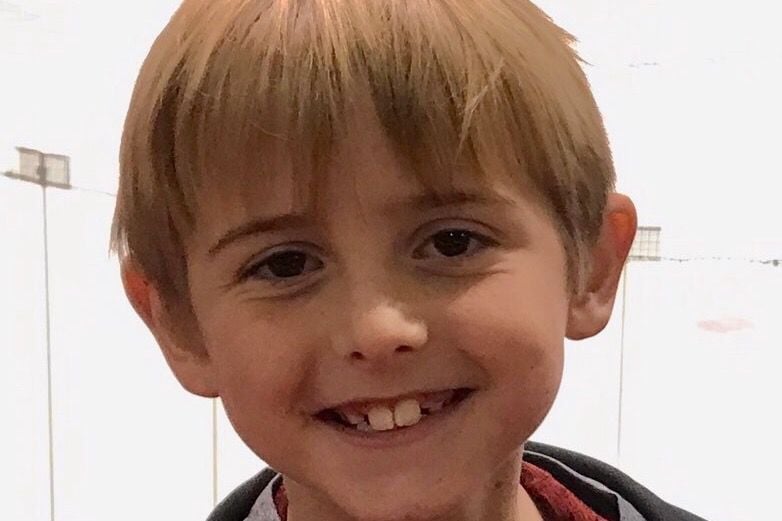 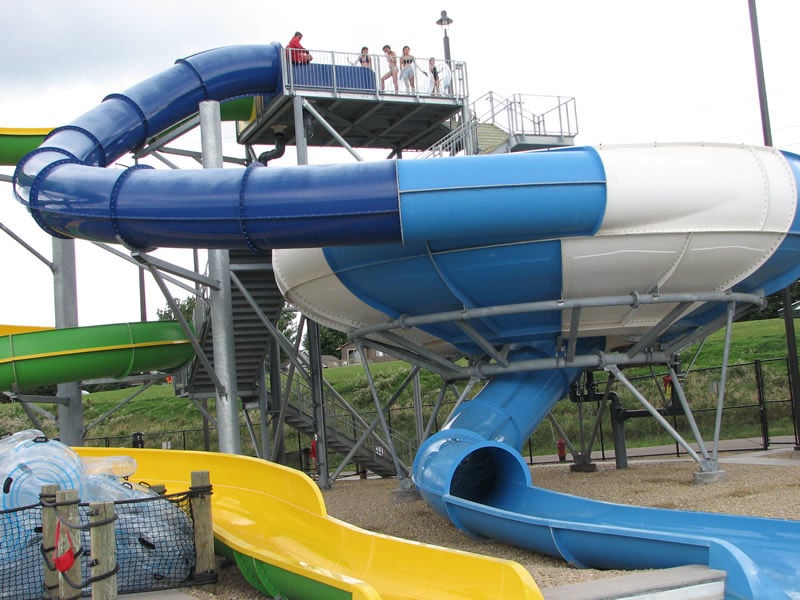 Editor's note: Sun Thisweek and the Dakota County Tribune has offered three different reports regarding this story. This is the version that is included in the Aug. 9 and 10 editions.

Since Sawyer Warner was hospitalized after being thrown from the top of a slide at the Apple Valley Family Aquatic Center on July 31, the local, state and even worldwide community has rallied around him and his family.

More than $28,000 has been raised at Sawyer’s GoFundMe website as of Wednesday to help pay for medical expenses that has and will include surgery and physical therapy to treat the numerous fractures to both his feet, a broken femur in one leg and shattered bones in a shoulder after he landed on the concrete sidewalk below the slide.

“On Tuesday, July 31, we experienced the call that no parents want to receive,” Sawyer’s parents said in a statement released to WCCO-TV on Monday night. “We quickly learned that our 8-year-old son, Sawyer, had been seriously injured in an unprovoked act of violence at the Apple Valley waterpark.”

An 18-year-old Maple Grove man, Roman Alexander Adams, was charged on Aug. 2 in Dakota County District Court with felony third-degree assault in connection with a the incident.

“The knowledge of how close we came to losing (Saywer) is the most terrifying experience of our lives,” Sawyer’s family said. “We are grateful to hear his voice, hold him and still have opportunities to tell him we love him once again. All our focus is fixed on the well-being of our children; how our son is recovering and how our daughter is coping.”

The goal of the GoFundMe page at gofundme.com/saywer-warner, which was set up by Sawyer’s grandmother, Shari Haroldson, of Hudson, Wisconsin, is $100,000.

“We are truly overwhelmed by the outpouring of love and sympathy we have received from the Twin Cities area and from all over the country,” Sawyer’s parents said. “The prayers and love for our family have given Sawyer the strength he needs to continue to fight for his recovery. Truly, God was and is with our son.

“We offer our heartfelt thanks to everyone who has prayed, encouraged and supported our family. We want to recognize and thank the police, fire department and EMT’s, the bystanders and all the medical personnel who have helped to save our little boy. Lastly, we would like to thank the Ronald McDonald Foundation for their incredibly important services.”

Sawyer was reportedly in stable condition at an area hospital, according to an Aug. 1 release from the Apple Valley Police Department.

The investigation found that Warner was standing on the platform at the top of the waterslide when Adams allegedly picked up Warner and threw him over the 3.8-foot high railing that was around the platform, according to the criminal complaint.

The incident was reported at approximately 1:35 p.m.

When emergency crews arrived they found Warner was conscious and breathing, as Aquatic Center staff and emergency personnel attended to the boy. He was then transported to an area hospital and the Aquatic Center was closed for the day.

Witnesses reported there was no interaction between the boy and Adams prior to the incident, according to Apple Valley police. The investigation has determined the victim and suspect do not know each other.

The incident sent shockwaves through the community.

Apple Valley city leaders wanted to assure local residents and visitors of the Aquatic Center that it is committed to the safety and welfare of its patrons, it said in a statement released Friday, adding that they wish the injured child and his family a full and quick recovery.

“The city of Apple Valley is deeply concerned by this criminal incident this past week in which a child was injured. In 20 years of operation, with an average of around 70,000 patrons per year, the facility has not experienced any prior incident of this nature,” it said.

“We are proud of the Aquatic Center staff and their prompt response,” the city said. “We thank the public for the many comments about the professional response of our staff.”

Apple Valley police Capt. Nick Francis said when police officers arrived on the scene, lifeguards were providing care to the victim, and lifeguards had cleared the area of patrons, so police, fire personnel and paramedics could quickly get to the victim.

He said lifeguards also held up towels around the boy to protect the victim’s identity and his medical care.

“We have and will continue to train our lifeguards in providing high quality care for a variety of incidents that are likely to occur in the waterpark environment,” the city said. “Aquatic Center staff spend hundreds of hours each year training to deal with emergencies at the water park. This training was useful in staff’s response to this very unusual incident.”

After the Aquatic Center was closed for the rest of Tuesday after the 1:30 p.m. incident, it reopened the following day.

The season runs through Aug. 26.

“Our organization is committed to continuous improvement and will continue to evaluate our policies and our facilities for any possible safety improvements,” the city said. “As required by Minnesota law, the city reports all pool-related injuries to the Department of Health to assist in improving public safety design.”

Francis has related to news media that it was clear through the investigation that Adams had a developmental disability.

The Pioneer Press reported that Adams bit a lifeguard while he was underwater on July 13. The incident was handled as an injury report and not an assault, according to the city.

The Pioneer Press also reported that among its 67,000 users in 2017, there were 200 personal care assistants “working with disabled users” at the park.

“The Aquatic Center welcomes patrons with a wide range of abilities. As part of our public service, there is no admission charge for personal care attendants,” the city said.

Charges dropped against man who threw boy off waterslide

HASTINGS, Minn. (AP) — Authorities say a criminal charge has been dropped against a 20-year-old Maple Grove man accused of throwing a young bo…