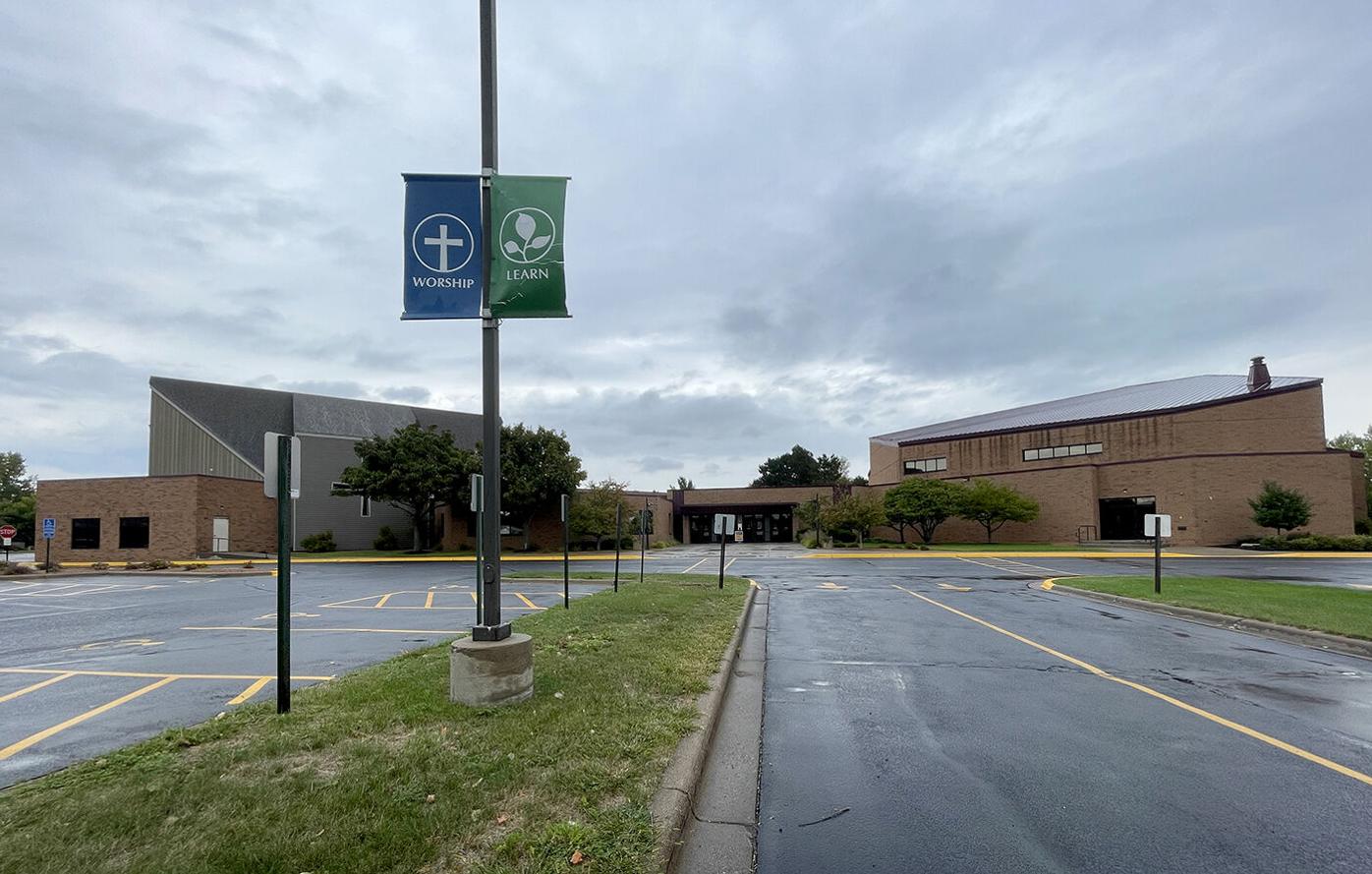 Shepherd of the Valley Lutheran Church held its first service in 1981 at Rosemount Elementary School. Services are now held at its current building on Johnny Cake Ridge Road in Apple Valley. 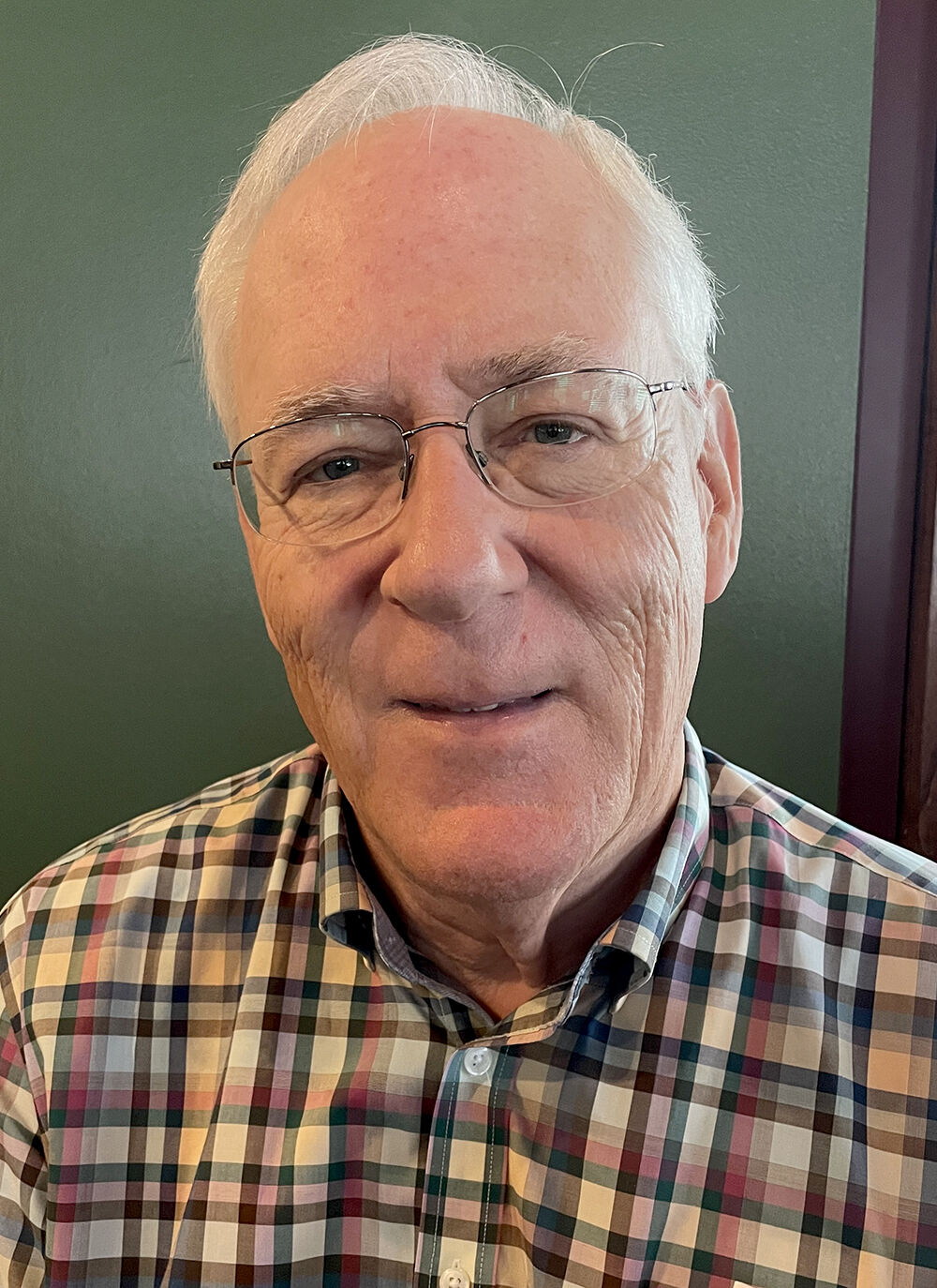 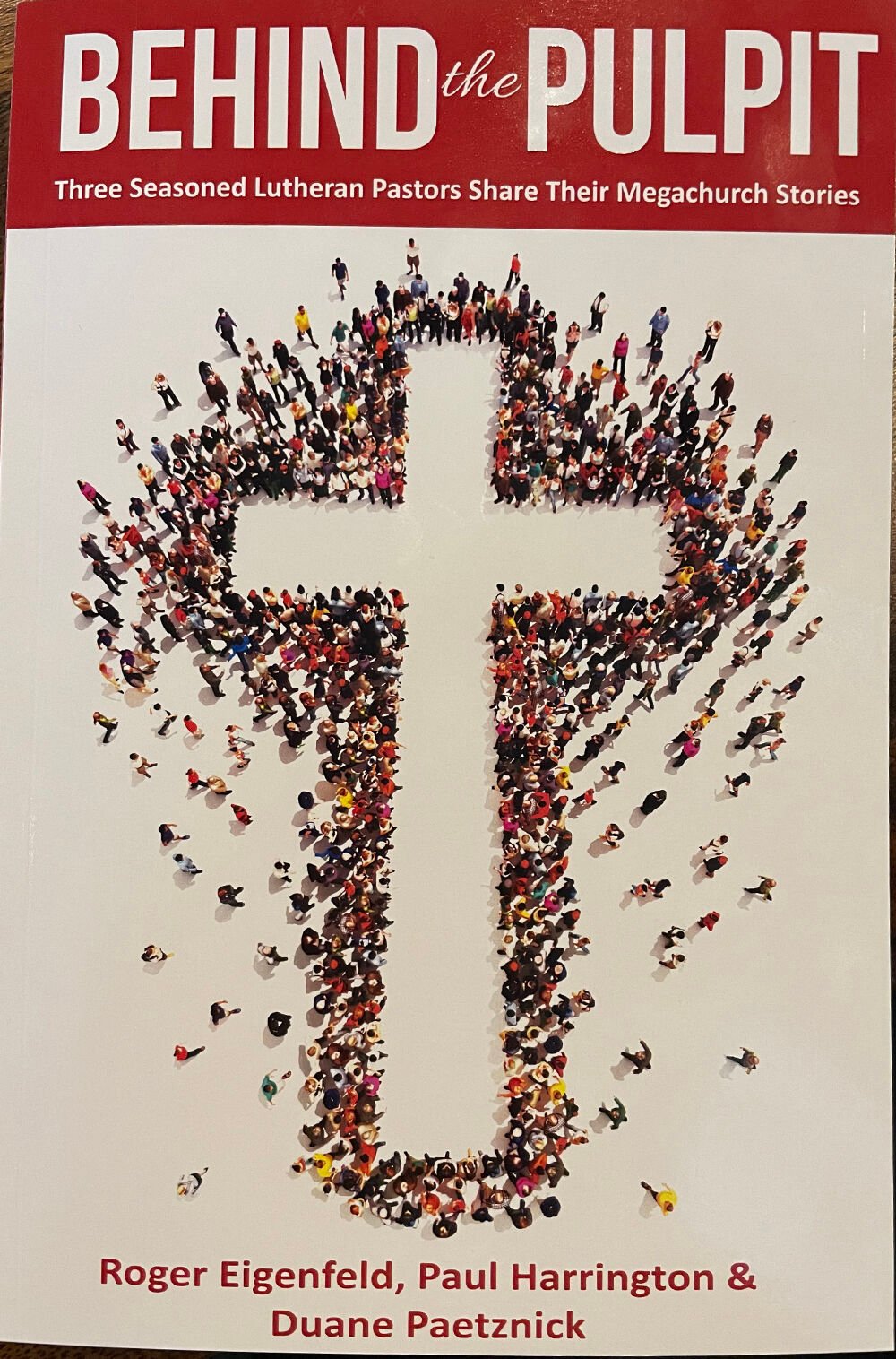 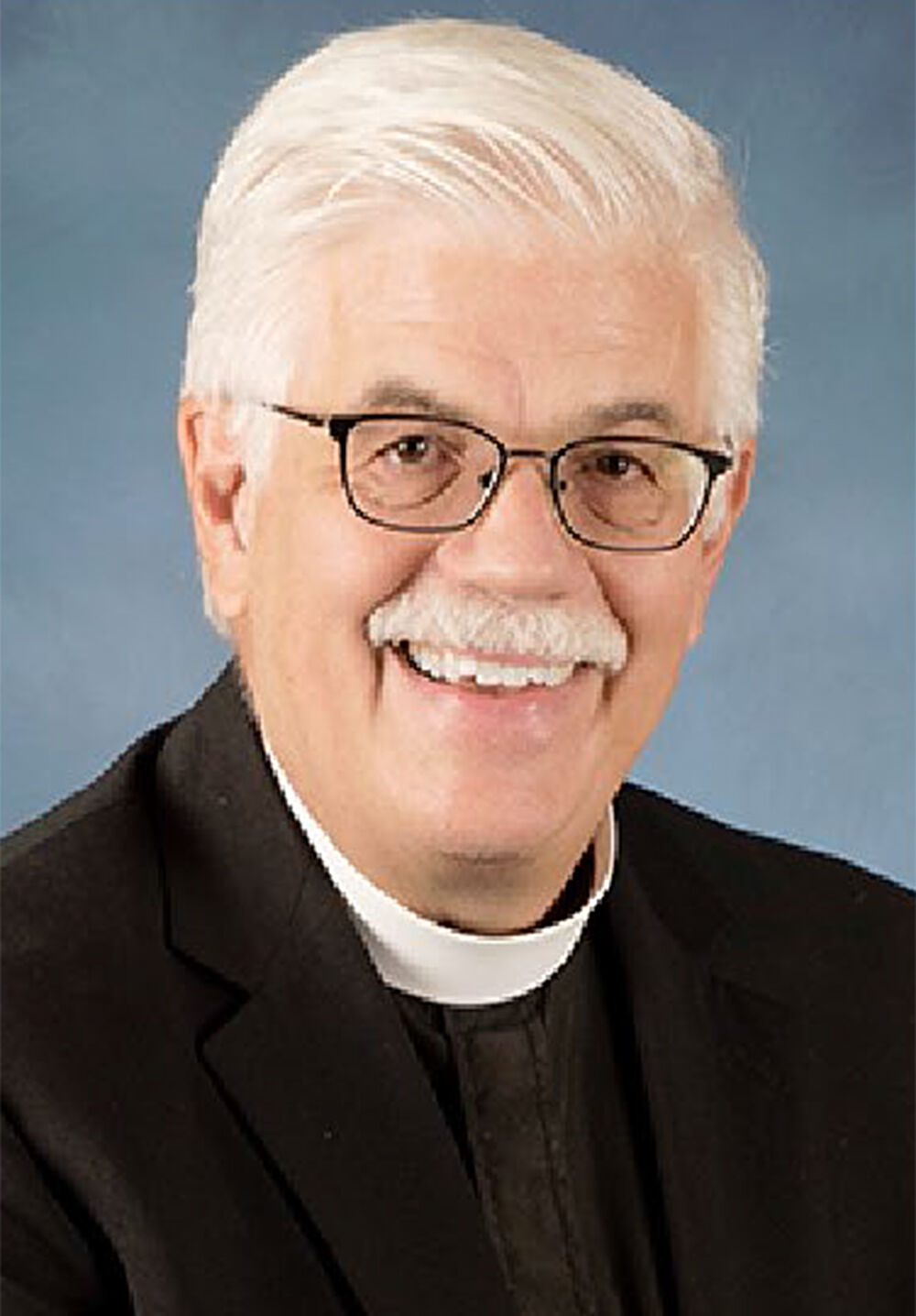 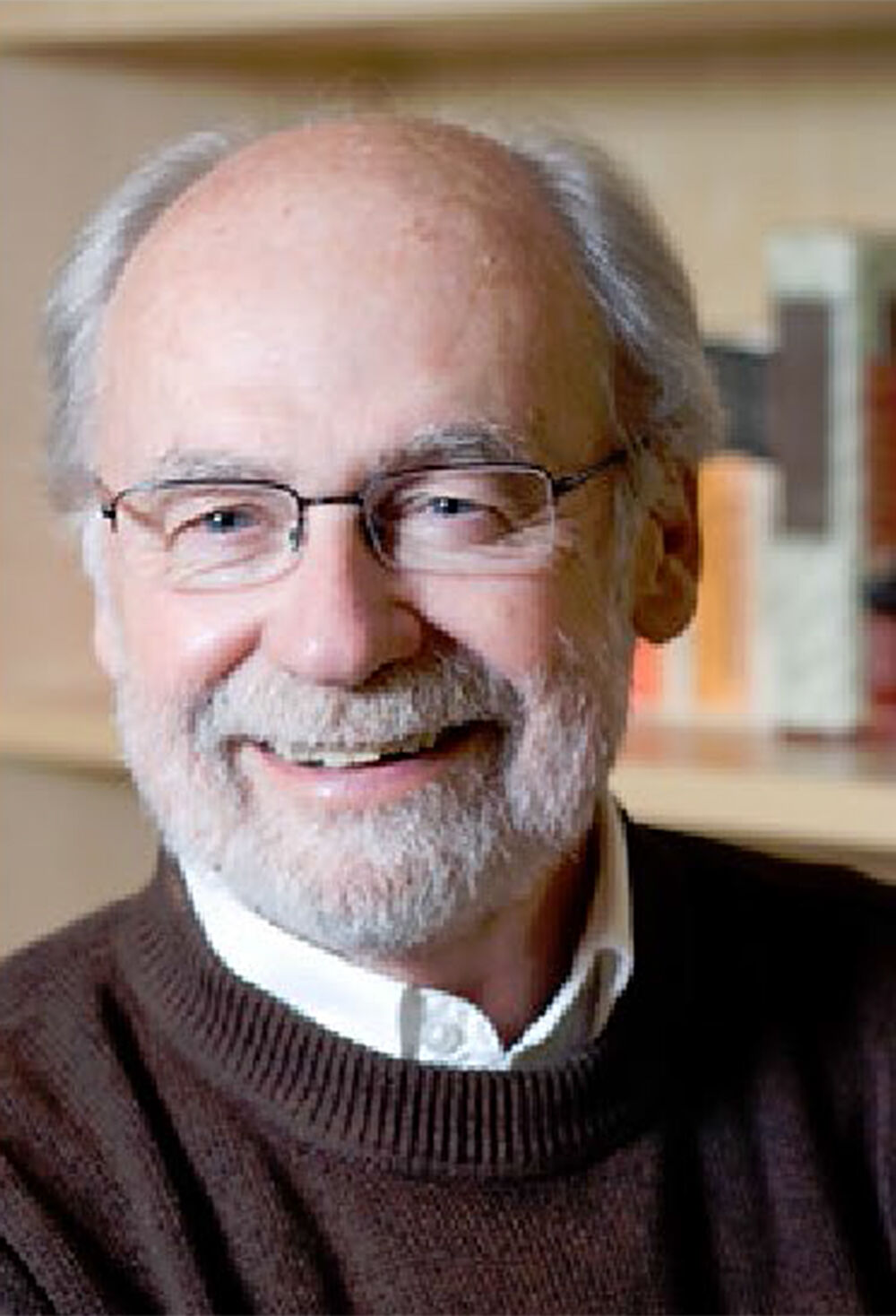 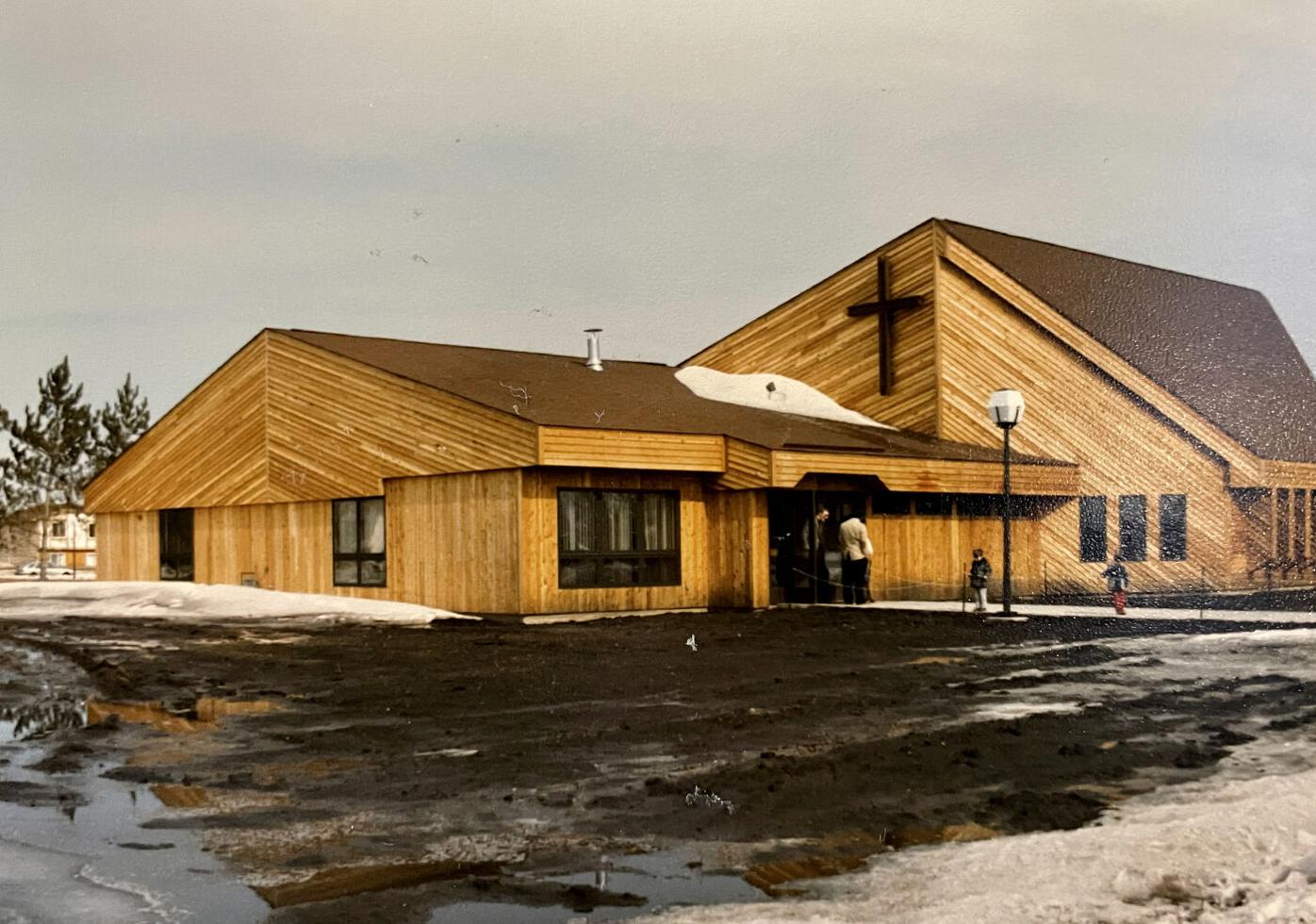 Shepherd of the Valley Lutheran Church’s original building was constructed in 1984. The building is shown in this photo circa 1985. In the following years the building was added onto four times and additional land was purchased to increase the size of the church’s property.

Shepherd of the Valley Lutheran Church held its first service in 1981 at Rosemount Elementary School. Services are now held at its current building on Johnny Cake Ridge Road in Apple Valley.

Shepherd of the Valley Lutheran Church’s original building was constructed in 1984. The building is shown in this photo circa 1985. In the following years the building was added onto four times and additional land was purchased to increase the size of the church’s property.

Paul Harrington says one of his daughters has remarked that he should write about his experiences as a Lutheran pastor.

Harrington has plenty of stories to share after working as the pastor of two Lutheran churches for about 41 years, including Shepherd of the Valley Lutheran Church in Apple Valley for 33 years.

He recently got the chance to do that with a new book he co-authored with two other men who had longtime ministries in Lutheran churches.

“Behind the Pulpit: Three Seasoned Lutheran Pastors Share their Megachurch Stories” by Roger Eigenfeld, Duane Paetznick and Harrington was published Aug. 31 by Kirk House Publishing in Burnsville. The book is a “side-by-side” account from Eigenfeld and Harrington about their ministry experiences with commentary by Paetznick. Eigenfeld served at St. Andrew’s Lutheran Church in Mahtomedi for 33 years.

The book is for anyone who has a passing interest in the health and wellbeing of any church and is like a handbook on congregational development, Harrington said.

“I’d like to think that anybody who read that book would find kind of a new appreciation for the church,” he said.

Harrington lived in multiple cities growing up, spending much of his childhood in St. Louis, Missouri, and later graduating high school in Livonia, Michigan.

He attended Concordia College in Moorhead, earning a bachelor’s degree in English and later Luther Theological Seminary where he graduated with master’s degrees in divinity and theology.

He and his wife, Margaret, who have been married since 1968, first resided in Apple Valley after relocating to Minnesota and later moved to Rosemount. They have a son, two daughters and 11 grandchildren.

Harrington said he was drawn to serve in ministry from a young age. He was always “exposed to some really fine preachers.” Their family attended Lutheran churches and his parents always managed to find good congregations even with as many times as his family moved, he added.

“I can hardly think of a time when I didn’t think that I wanted to be an ordained clergyman,” he said.

He only served two congregations during his 40-plus-year career.

From 1972 to 1980, he served at Sylvan Lake Lutheran Church in Pontiac, Michigan.

“That was kind of a struggling little suburban congregation and we had just had a lot of fun building that up,” Harrington said. “It was a very healthy congregation when we left.”

In 1980, Harrington said a friend told him the American Lutheran Church was interested in developing a new congregation in the Apple Valley area. He interviewed and decided to take the call to serve there.

His family moved to the area in November 1980 and spent the last weeks of the year getting to know the community. He visited with city and school district officials, sent out fliers and put a notice in the newspaper to get the word out about the new congregation.

Shepherd of the Valley Lutheran Church held its first service in January 1981 at the Rosemount Elementary gymnasium, Harrington said. A news release about the book says the church grew from just three families to a membership of over 9,000 by the time Harrington retired.

“My wife was very understanding. I had very long hours,” Harrington said, adding that he often worked 60 hours a week when they were first getting the church up and running.

In addition to membership growth, Harrington shepherded the congregation through moving to Greenleaf Elementary in Apple Valley and later to the church’s current site at 12650 Johnny Cake Ridge Road in Apple Valley. The land was purchased in 1983 and the original church building was constructed in 1984. There would be four building additions at the site and an additional land purchase to expand the church property in the coming years.

“I would say we had very steady but solid growth, which is what I wanted. I didn’t want an explosion because we wanted to incorporate those people meaningfully into the life of the church,” Harrington said.

Harrington said one of the biggest challenges was to help people believe Shepherd of the Valley would be a viable congregation. He said “mission” churches, those started from the ground up, have a high mortality rate from leadership or financial issues or sometimes other outside factors. Some people were tentative about coming before the church had its own building or others such as senior citizens had a hard time relating because most of the congregation was younger at the beginning.

The other big challenge at the beginning was finding the right land for a permanent church home and funding those building projects within a budget, Harrington said. He added one thing not taught at seminary is how to find a good general contractor and the process of dealing with the county and city for necessary permits and road improvements.

Harrington served as the senior pastor until 2009 and transitioned into a pastor emeritus; where he still conducted different pastoral duties but he gradually scaled back how much he served until his full retirement in 2013. He said he decided he wanted to devote more time to his family while he was still in good health.

He and his wife still attend Shepherd of the Valley but he’s joked with current senior pastor Rick Summy that all he wants to do is “worship here and I want to drink coffee and eat doughnuts with all my friends.”

Paetznick worked with Harrington and Eigenfeld at different points of his ministry career. He was director of Christian education at St. Andrew’s Lutheran Church for 13 years and later served as an associate pastor at Shepherd of the Valley, where he worked for 27 years.

Harrington said Paetznick called him in 2020 after things were in lockdown during the COVID-19 pandemic with an idea to co-author a book between him, Harrington and Eigenfeld. Paetznick had watched St. Andrew and Shepherd of the Valley’s congregations grow and he was interested in the two pastors’ views.

So, Harrington and Eigenfeld wrote about their approaches to different ministry topics, which were the subjects of 15 chapters including leadership, stewardship, staffing, preaching, missions and megachurches. Paetznick reflected on the experiences shared by his two former colleagues.

“They reflect on what it was like to be leaders during those times of growth, development and change. The book probes how a climate of welcome and trust helped each of these churches to grow,” according to a news release.

The three men worked on the book virtually, communicating through emails and videoconferencing meetings. The book was sent to the publisher earlier this summer, Harrington said.

He said another book that he would like to write in the future would be about the best sermon illustrations.

“Something I always look for ... when people are preaching that they tell stories that you can remember, you take home, you can apply them to your life,” he said. “As one of my teachers used to say, ‘When you tell a story, if you have to explain it, it’s not a good story. The story should explain itself.’ ”