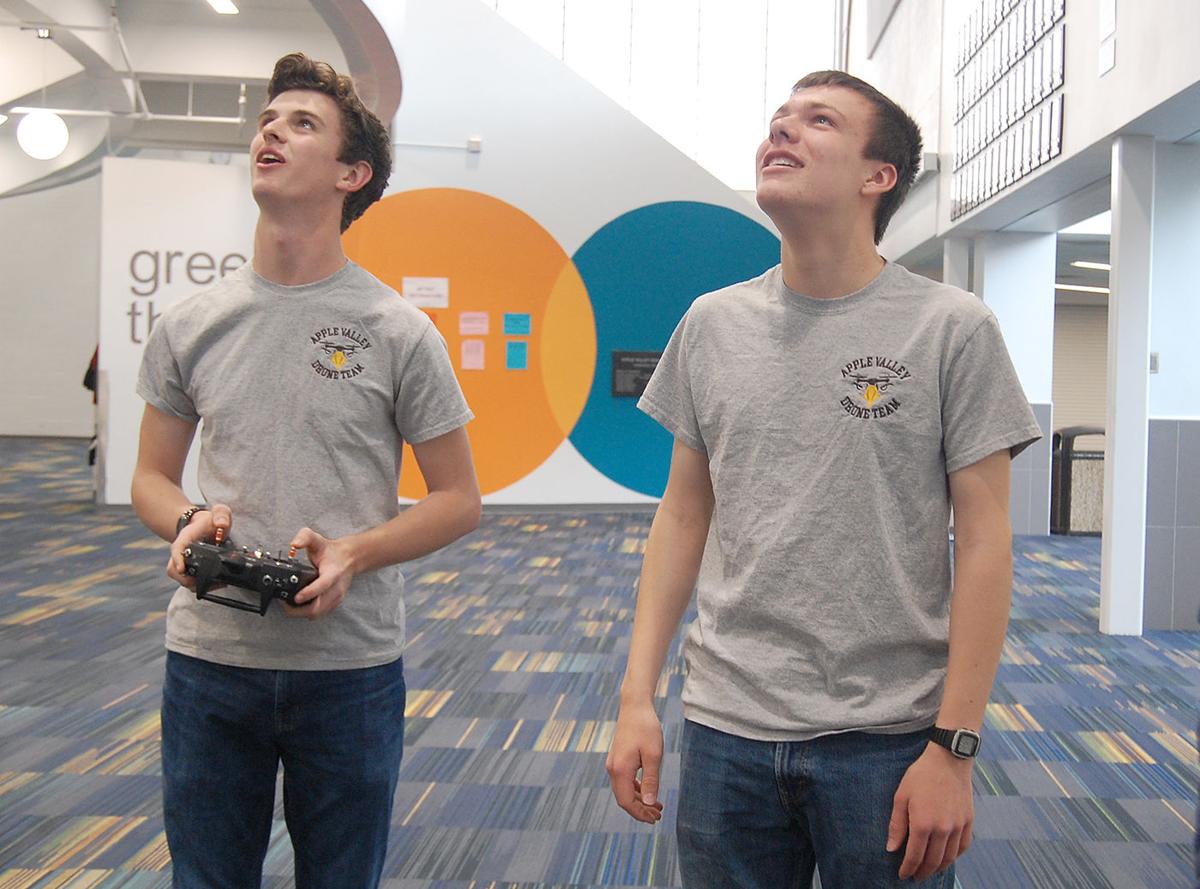 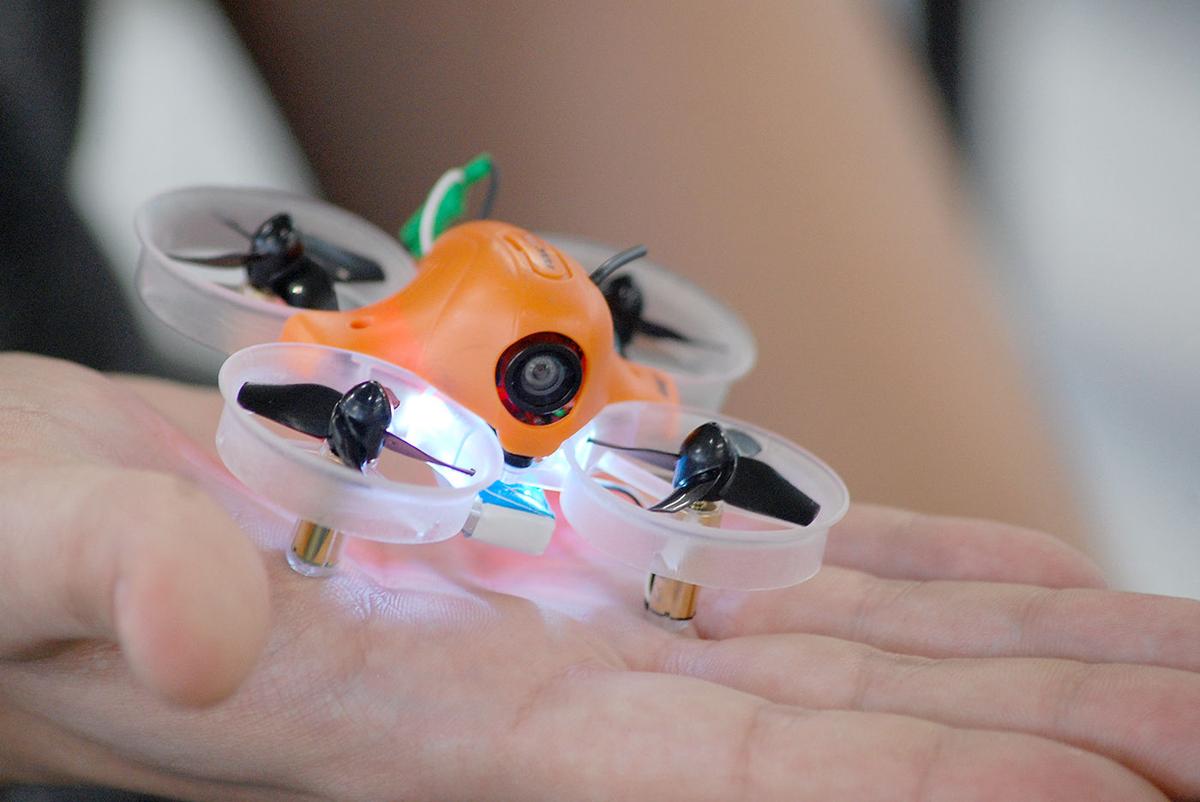 The Tiny Whoop drones used during the May 18 drone racing tournament can be held in the palm of a hand. 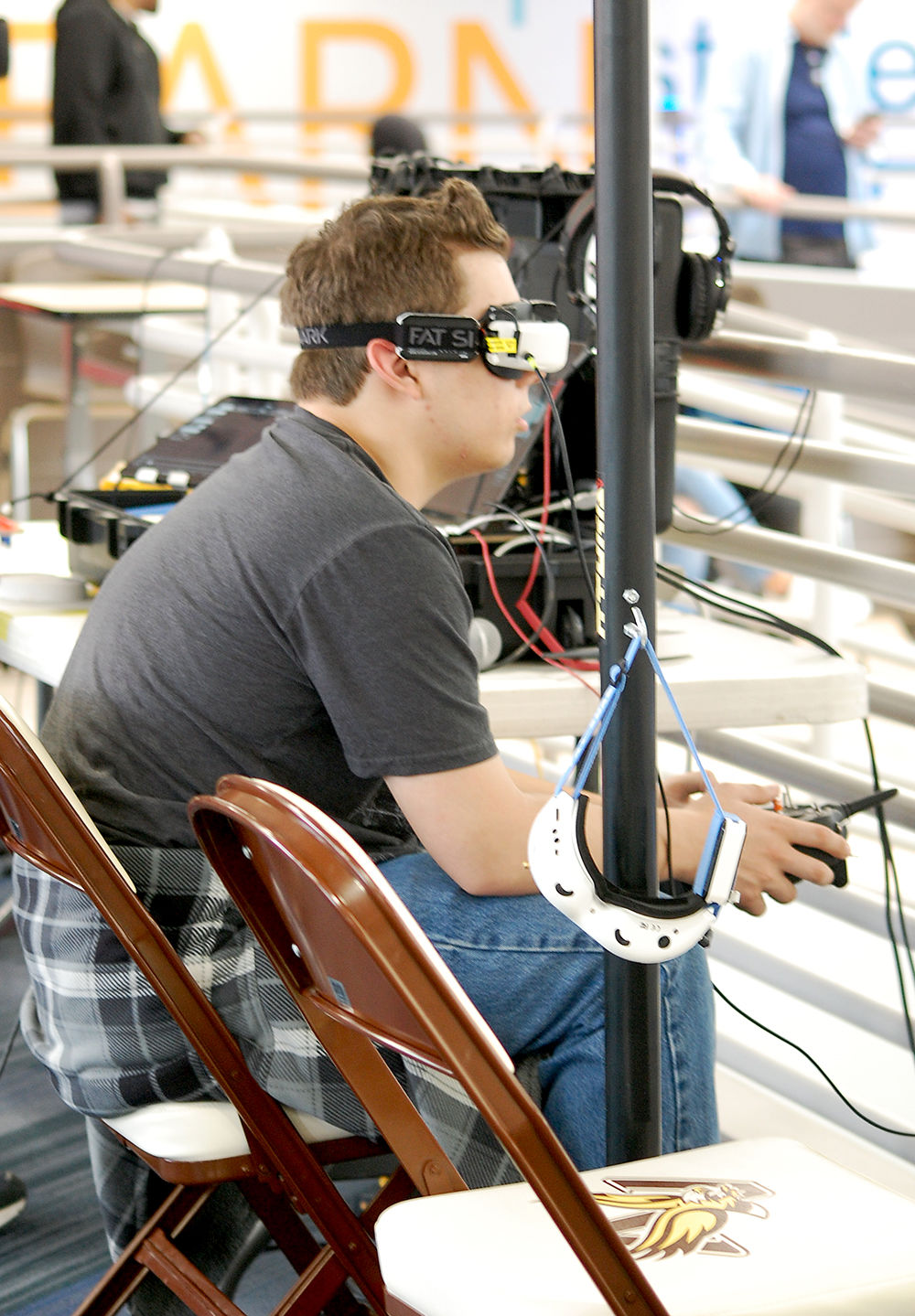 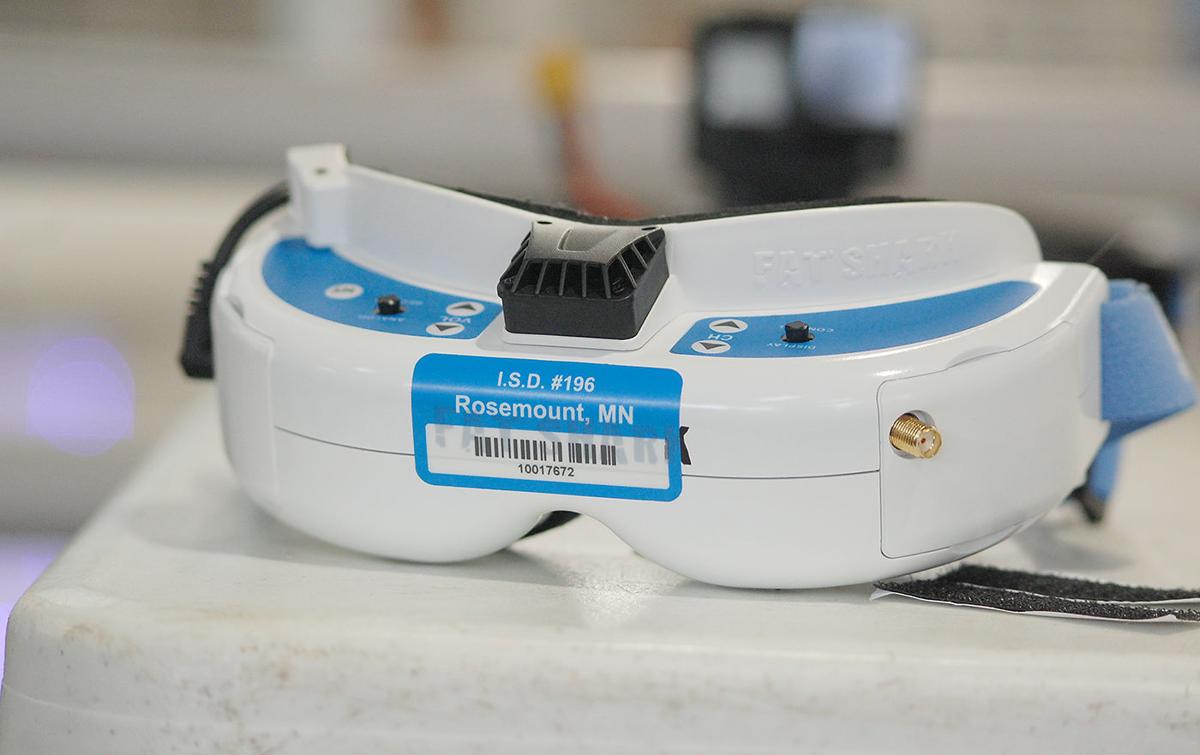 These goggles allow a drone pilot to operate a drone with first-person view. 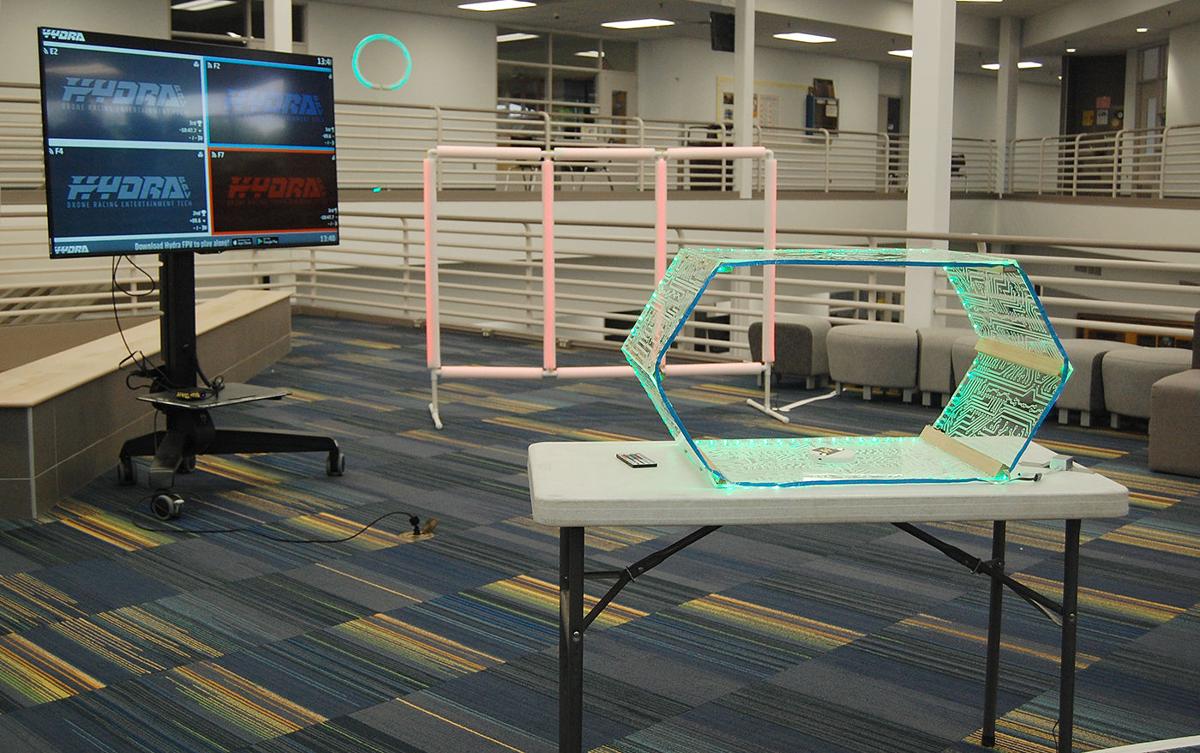 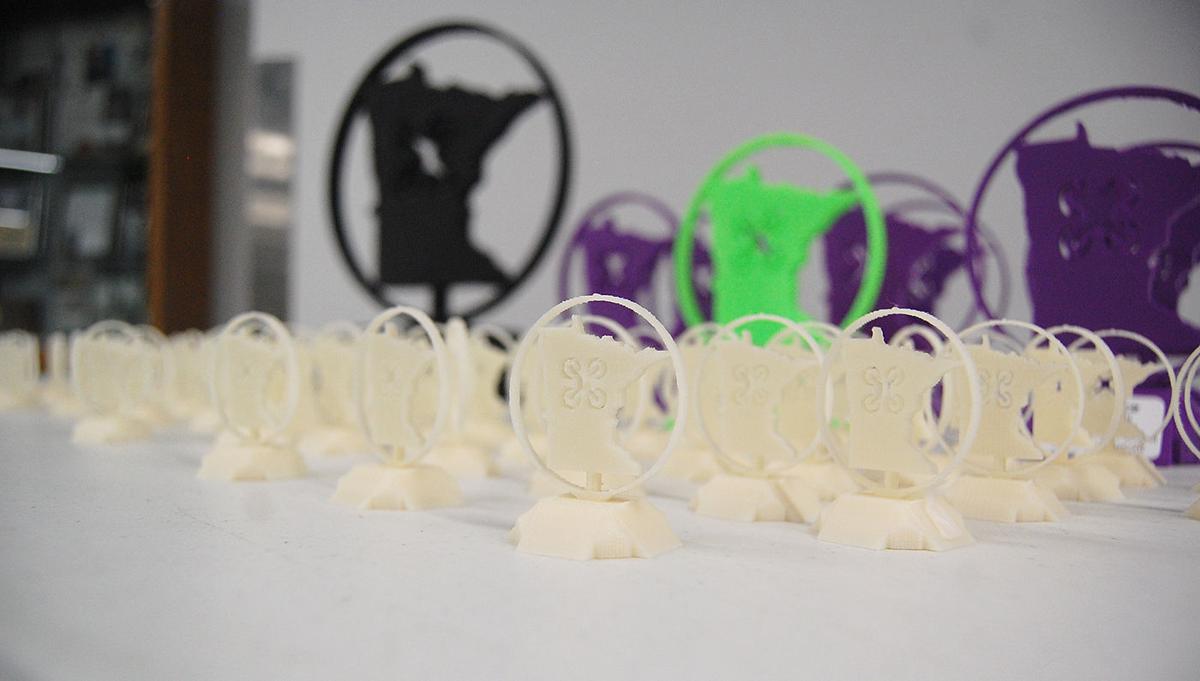 The high school winners from the first Minnesota State Drone Racing Tournament were presented with 3D-printed trophies made at Apple Valley High School. 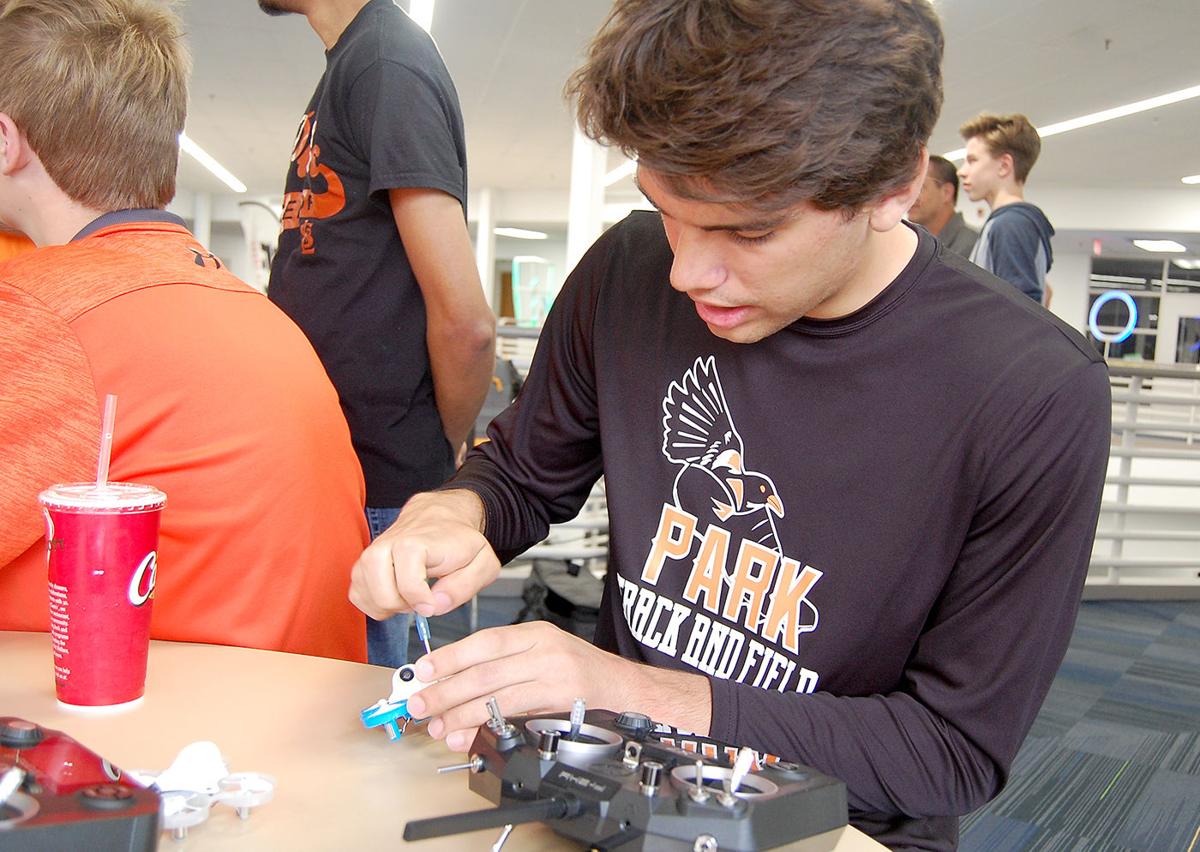 St. Louis Park High School senior Will Halvorson changes the channel on a drone during the Minnesota State High School Drone Racing Tournament at Apple Valley High School on May 18. 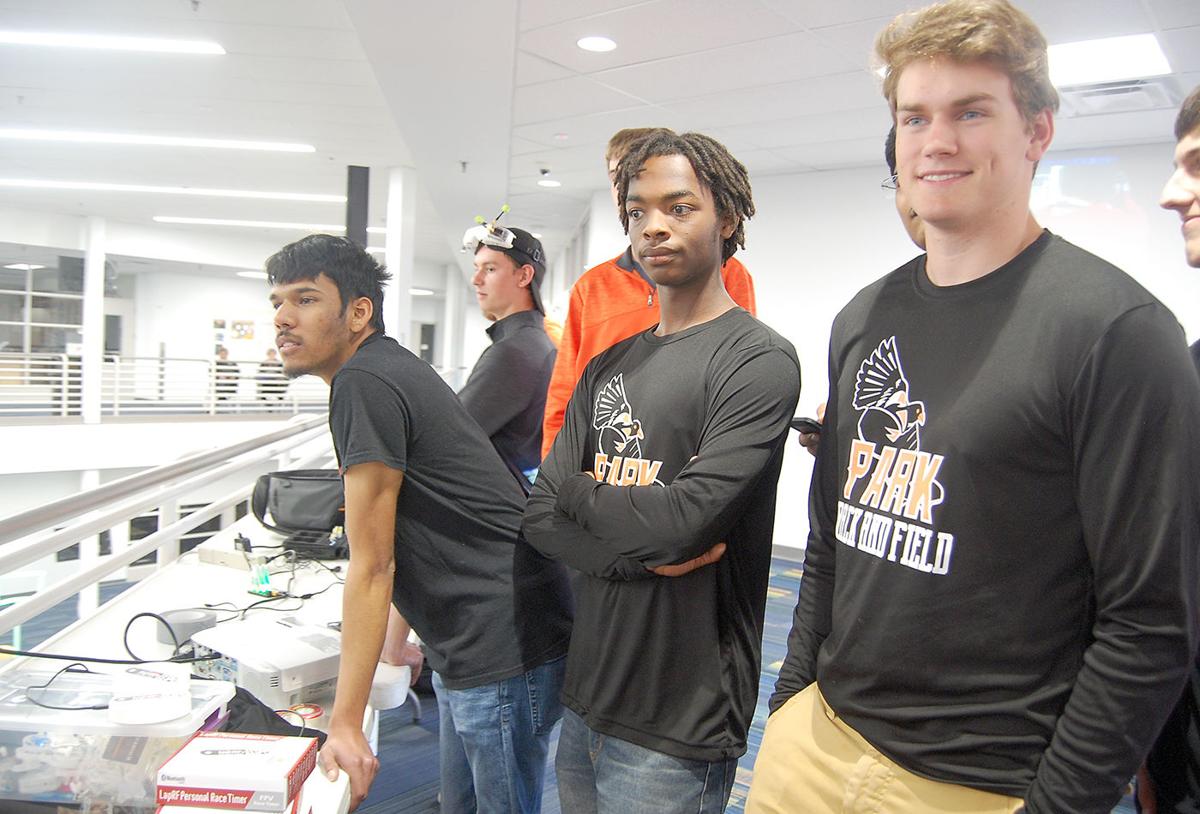 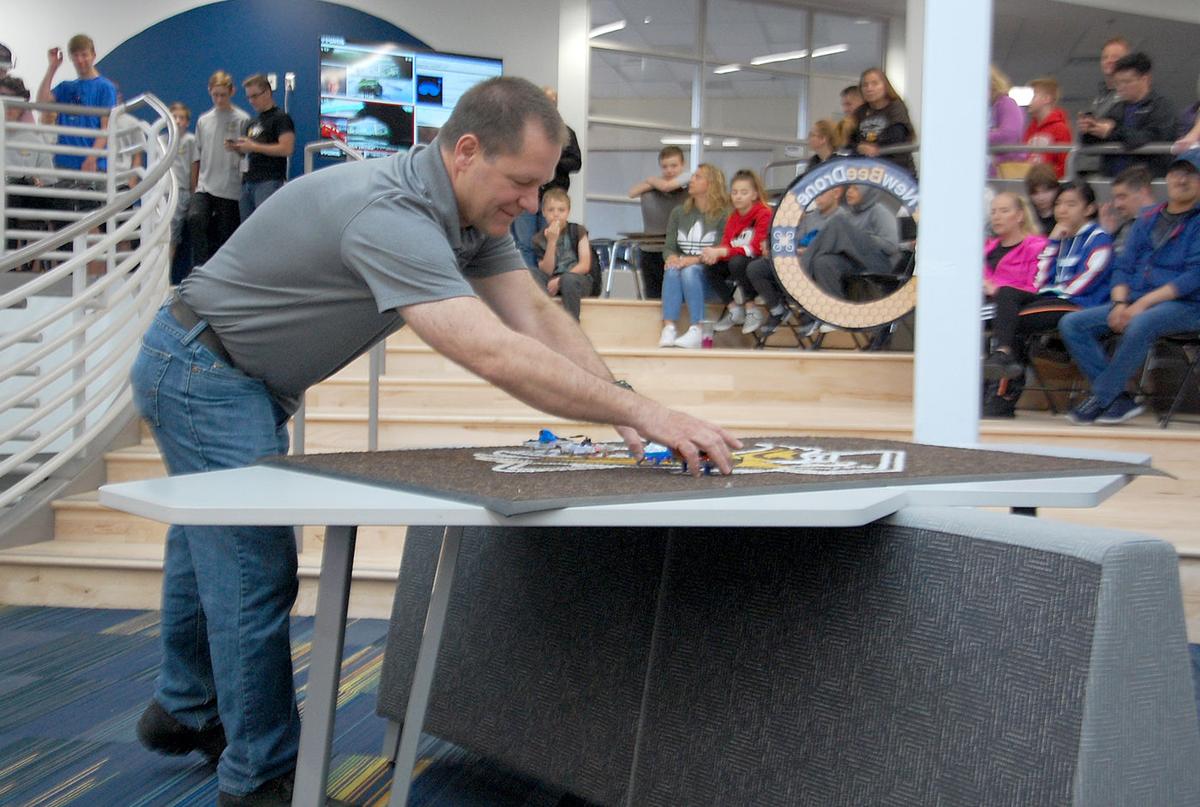 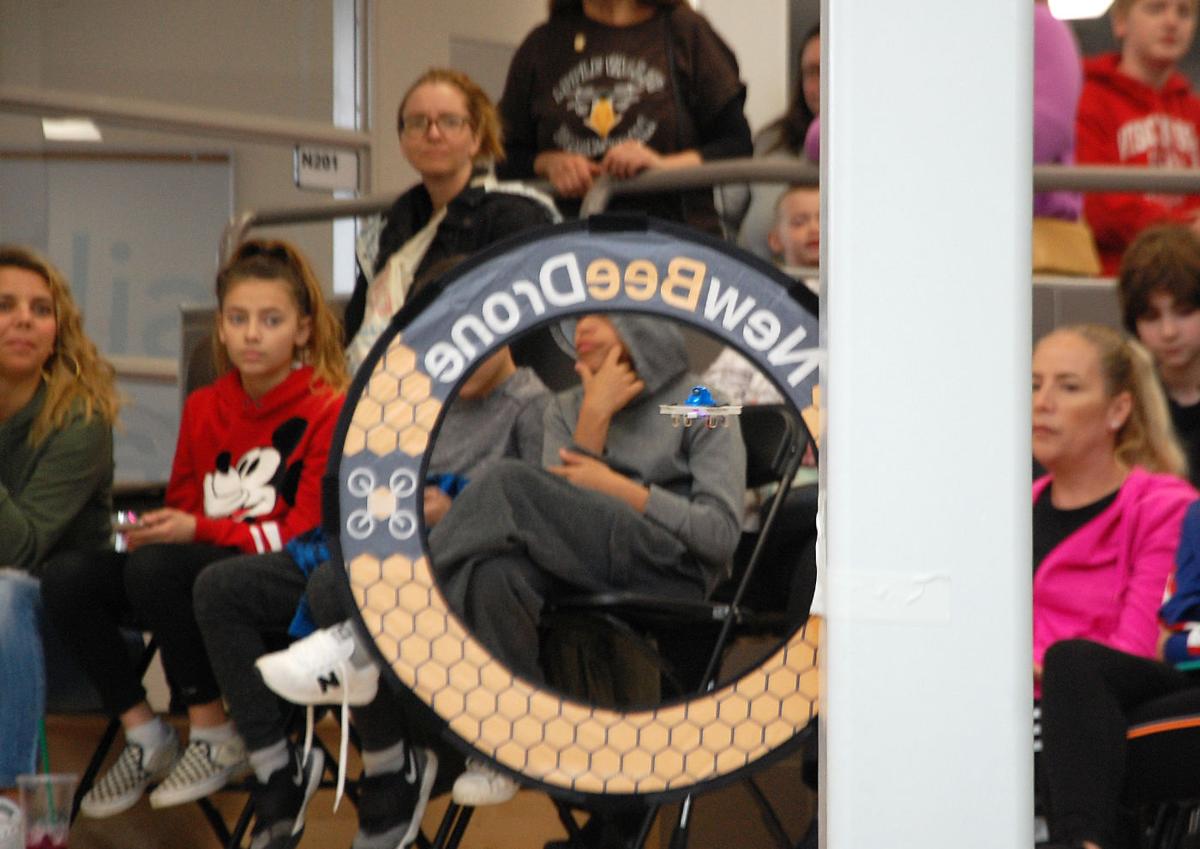 A drone flies through one of the obstacle course rings during the high school first-person view drone race May 18. 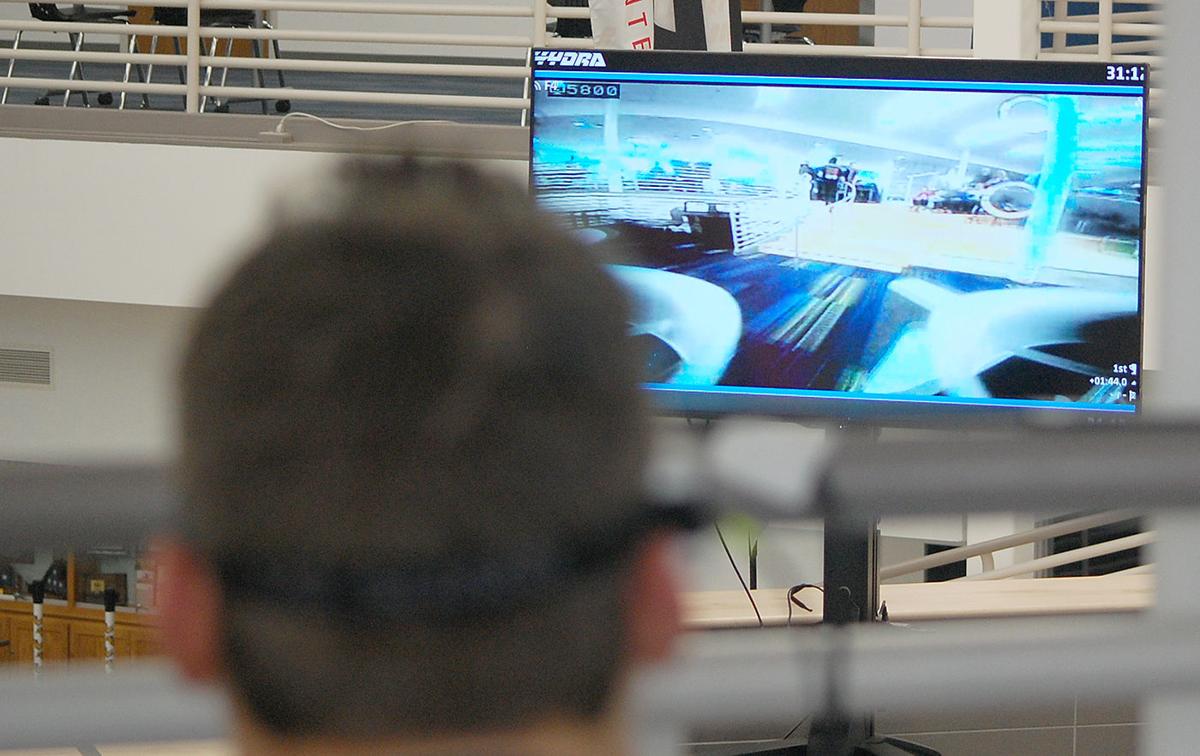 With first-person view, a drone pilot uses a camera on the drone to pilot it. The drone pilot can see the real time footage being transmitted from the camera with goggles.

Before this year, Apple Valley High School sophomore Devin Martin had no prior experience working with drones.

He has operated remote control cars and played his “fair share” of racing games on a video game console. He found those skills to be useful May 18 when he and other AVHS students competed against a team from St. Louis Park High School in the first Minnesota State High School Racing Tournament at AVHS.

Martin said he’s always found drones to be interesting. Since learning to pilot them in recent months, he’s grown to enjoy flying them with first-person view or FPV for short. With FPV, a drone pilot wears goggles that allow them to see the live feed from a camera mounted on the drone they’re operating remotely.

Martin prefers to fly drones in FPV rather than by line-of-sight, when people fly without the goggles and follow the drones in flight.

“Being able to make those minor adjustments is definitely the hardest part,” he said of piloting.

During races, pilots had to fly their palm-sized Tiny Whoop quadcopter drones indoors through obstacles designed by students. The race courses used all three levels of the high school.

The event was organized with the help of drone racing entertainment startup Hydra FPV. CEO and co-founder Marty Wetherall said the company believes drone racing can be used as an educational platform. Students learn how to fly drones, fix them when they crash, refine their motor skills and learn about video transmission and other science, technology, engineering and math skills.

Working with drones is a recent endeavor at Apple Valley and St. Louis Park.

In Apple Valley, Fabrication Lab coordinator Chris Lee worked for over a year to get a new Drone Construction, Modification and Flight elective added to the school’s offerings. The school kicked off the new class this spring.

“The goal is to basically learn how to fly drones and modify them,” Lee said. “How they approach that is different for every kid and every team. That’s what’s cool to see.”

St. Louis Park’s Engineering 3 class added a unit about drone science after Wetherall, a parent of children in St. Louis Park Public Schools, coordinated with engineering teacher Mark Miller. Starter drone kits were purchased for the students to assemble, but they didn’t modify them as much as Apple Valley did, Miller said.

A chance meeting over the winter became the genesis for the drone racing tournament.

Lee said he was at Hub Hobby in Richfield buying drone parts before the new drone class at Apple Valley High School. He ran into Wetherall and learned about what they were doing in St. Louis Park with drones. After the Hub Hobby meeting, several emails were exchanged and “it kind of evolved over the months.”

Lee said the drone class has generated a level of interest from students that he’s never seen before in his over 30 years of teaching. Students often were already waiting at the fab lab before it opened to work on the drones and they often stayed late after school to practice with them.

“When you get learning like that it’s fun and they don’t really realize they’re learning,” he said.

Miller said he enjoyed seeing how the students from both schools interacted with each other during the competition.

“Even though it’s a competition they’ve gone through the same trials and tribulations with this of breaking drones and fixing cameras and hitting each other. It’s a great common bond these kids have,” Miller said.