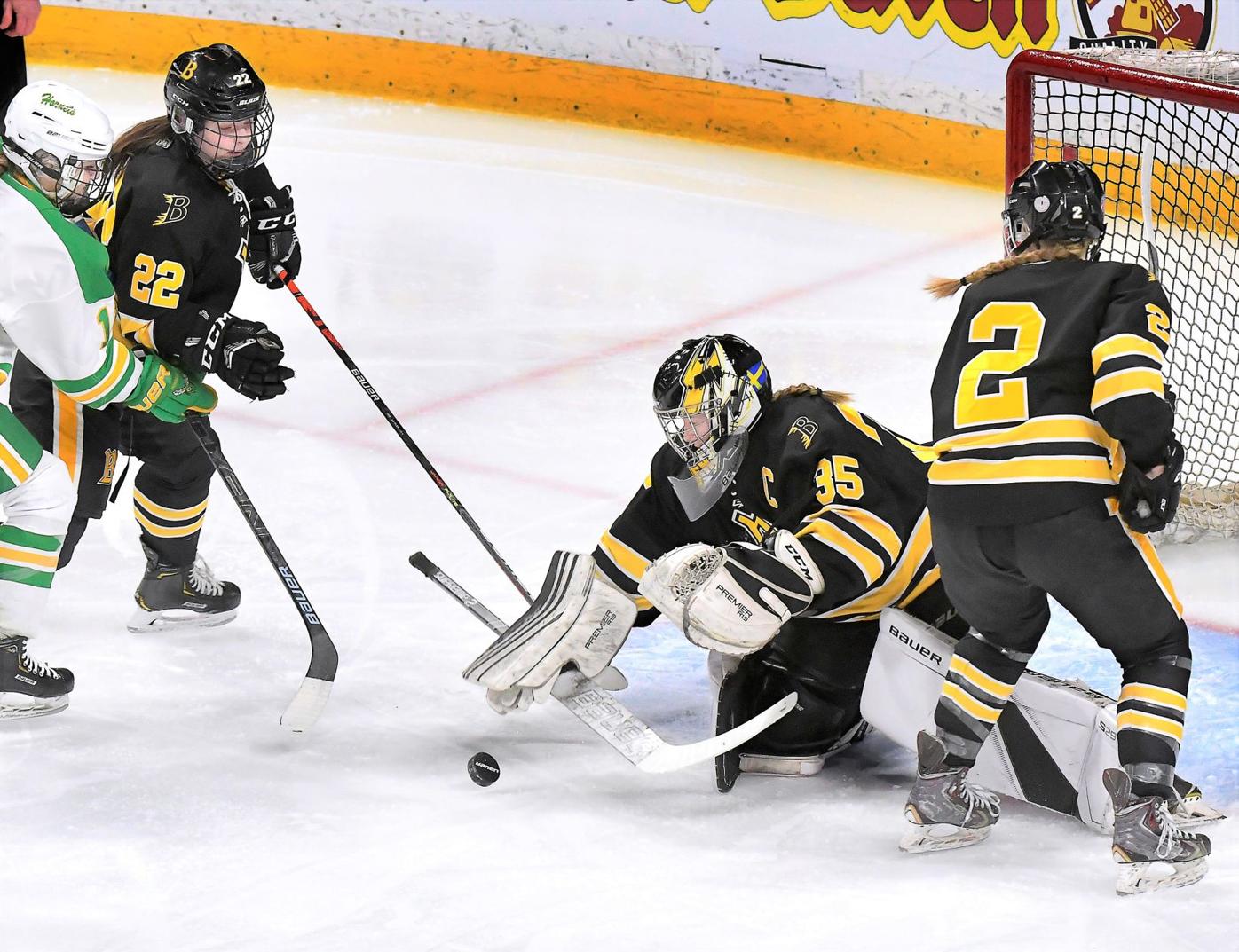 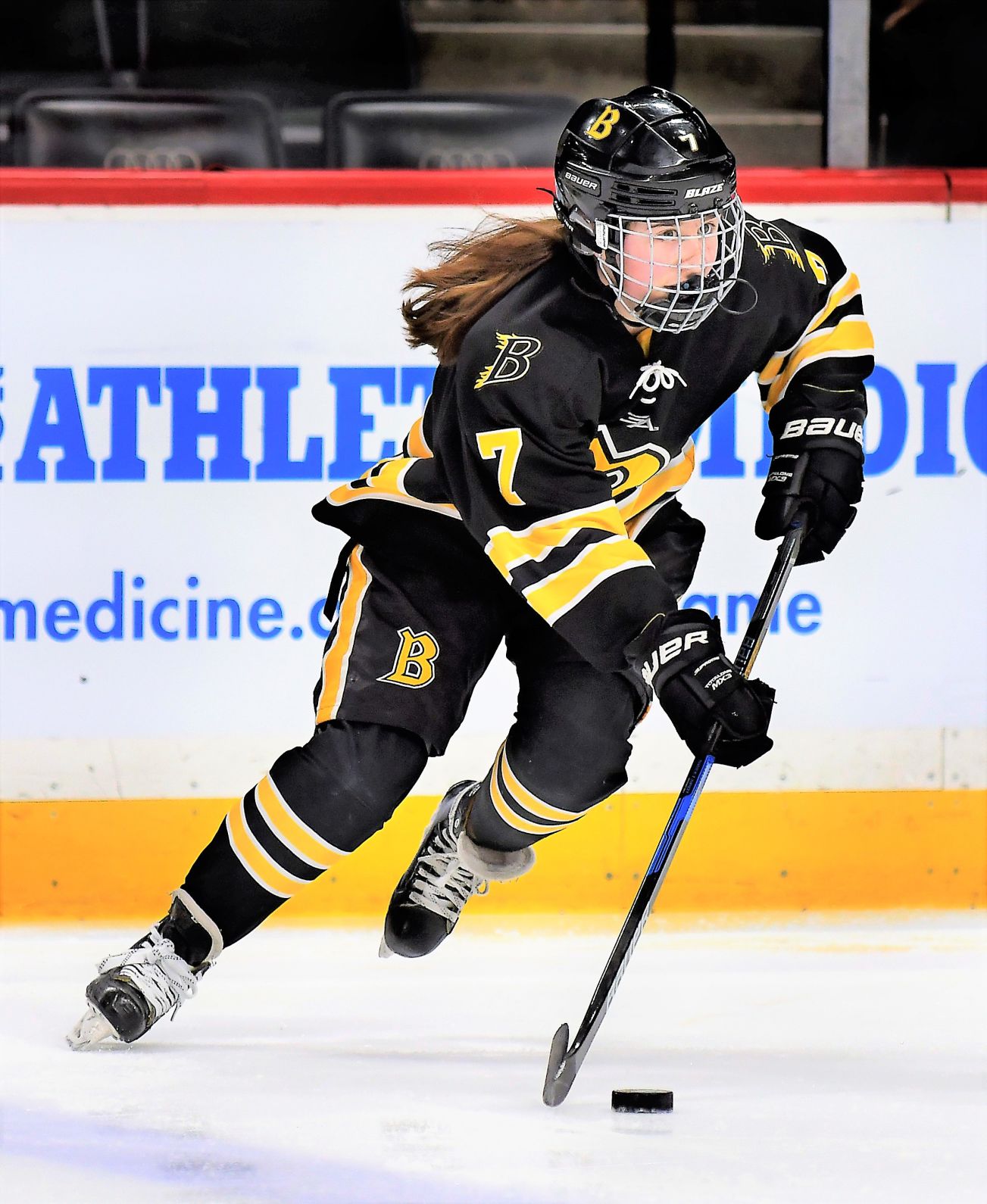 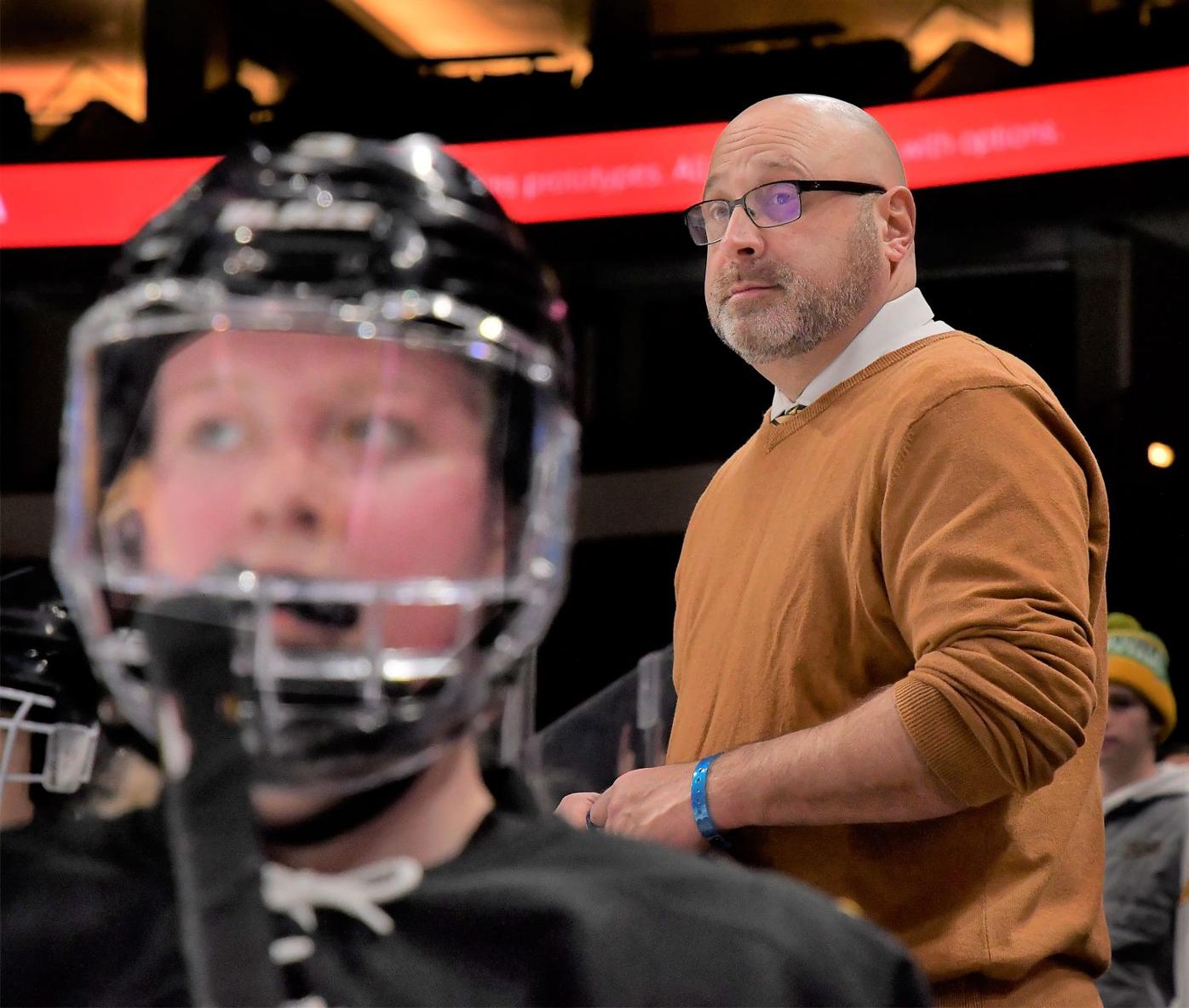 Ninety minutes before the start of their school’s first state tournament game in six years, Burnsville’s girls hockey players emerged from tunnel, gathered on the Blaze’s bench and took a wide-eyed look around Xcel Energy Center.

Maria Widen’s first impression? “It’s pretty big,” the Blaze’s junior goalie said. “But it’s still the same sheet of ice and the same game. The energy and the atmosphere are so much different than anywhere we’ve played. It’s an incredible experience. We don’t know if we’re going to come back next year, and being able to come to state and play at Xcel Energy Center is something I’ll keep in my memory book forever.”

The Blaze, a team consisting mainly of young players, certainly hope to return to the state tournament after losing both of their games in the 2020 tourney at Xcel Energy Center. But they remember how difficult it was to get there once, and they won’t make assumptions next season.

“You can never guarantee, no matter how good you’re supposed to be, that you’re going to be back,” said Chris Lepper, who guided Burnsville to a 19-9-2 record in his first season as head coach. “We might be a favorite (in their section) going into the season. But it sets a new goal.”

That goal would be to win in the quarterfinals and make the semifinals, which would guarantee an appearance on broadcast TV. The Blaze were denied that opportunity Thursday, losing to three-time defending Class AA champion Edina 4-0 in the quarterfinals. Burnsville’s season ended with a 2-1 loss to Hill-Murray in the consolation semifinals Friday afternoon at the TRIA Rink in St. Paul.

Burnsville was skating in the state tournament for the first time since 2014 but the Hornets weren’t in a welcoming mood. Edina scored 34 seconds into the game and added two more goals before the game was 12 minutes old. The Blaze settled down after that, but the damage had been done.

Edina’s fourth goal came on the power play in the third period. Some big saves by Widen prevented the Hornets from building an even bigger lead. Edina outshot Burnsville 29-14.

“Maria kept us in there. She made some fantastic saves. The girls play harder knowing they have Maria in the net,” Lepper said.

Caitlyn Procko, Aubrey Nelvin, Zoie Dundon, Zoe Chadwick and Sami Bowlby had two shots on goal each for Burnsville. Bowlby saw somebody familiar in an Edina uniform – her cousin Lucy Bowlby, a Hornets captain who scored her team’s fourth goal.

Chadwick scored Burnsville’s only goal of the state tournament, converting on a power play late in the first period to give the Blaze a 1-0 lead over Hill-Murray in the consolation semifinal. Katie Katzmarek and Avery Sawchuk assisted.

The Pioneers tied the game in the second and took the lead in the first minute of the third. Hill-Murray controlled the final 17 minutes, outshooting Burnsville 14-1

After the Blaze defeated Lakeville North in the first round of the Section 3AA playoffs, everything else was a bonus, Widen said. “We haven’t been able to win a section game in like five or six years. Even getting over that initial game was a success for all of us,” she said. “We just kept it going. We were like, ‘We’re not losing. We’re making it all the way to state.’”

Burnsville had four seniors on its roster, two of whom skated regular shifts. It will be largely the same group that tries to win another Section 3AA championship in 2021 and return to state.

Lepper noted the fact that Edina was the first team Burnsville played all year that was from the west metro, where several of the state’s top-ranked Class AA programs are located.

The message to the Blaze players? “Now you’ve played the best. You’ve seen what you need to do, Now let’s work toward improving,” Lepper said.

“I have a large group of sophomores. None of these girls have played in an atmosphere like this,” Lepper added. “We were going up against a three-time defending champion and the No. 1-ranked team, where maybe one or two girls on that team might not have been here last year. I had the pleasure of taking a young group with good senior leaders and good goaltending, and they played their hearts out.”