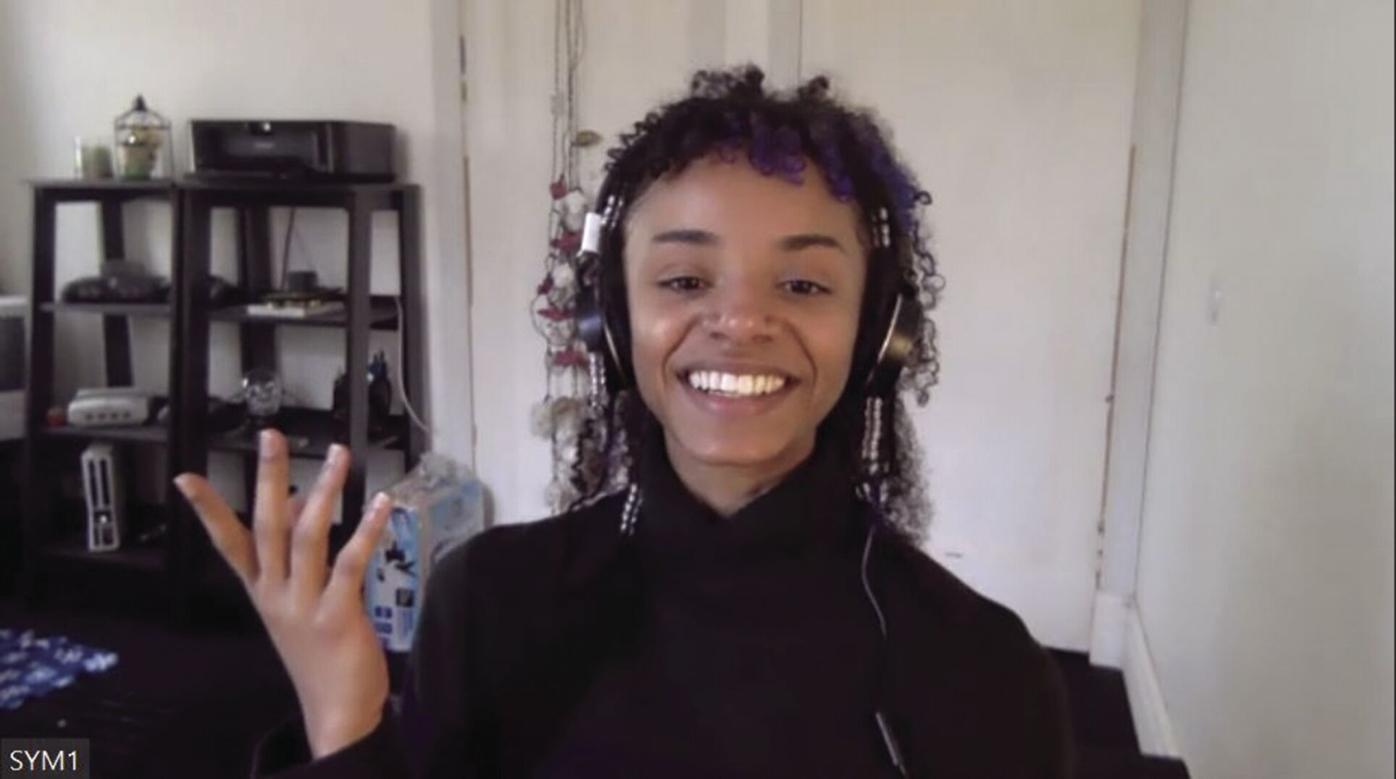 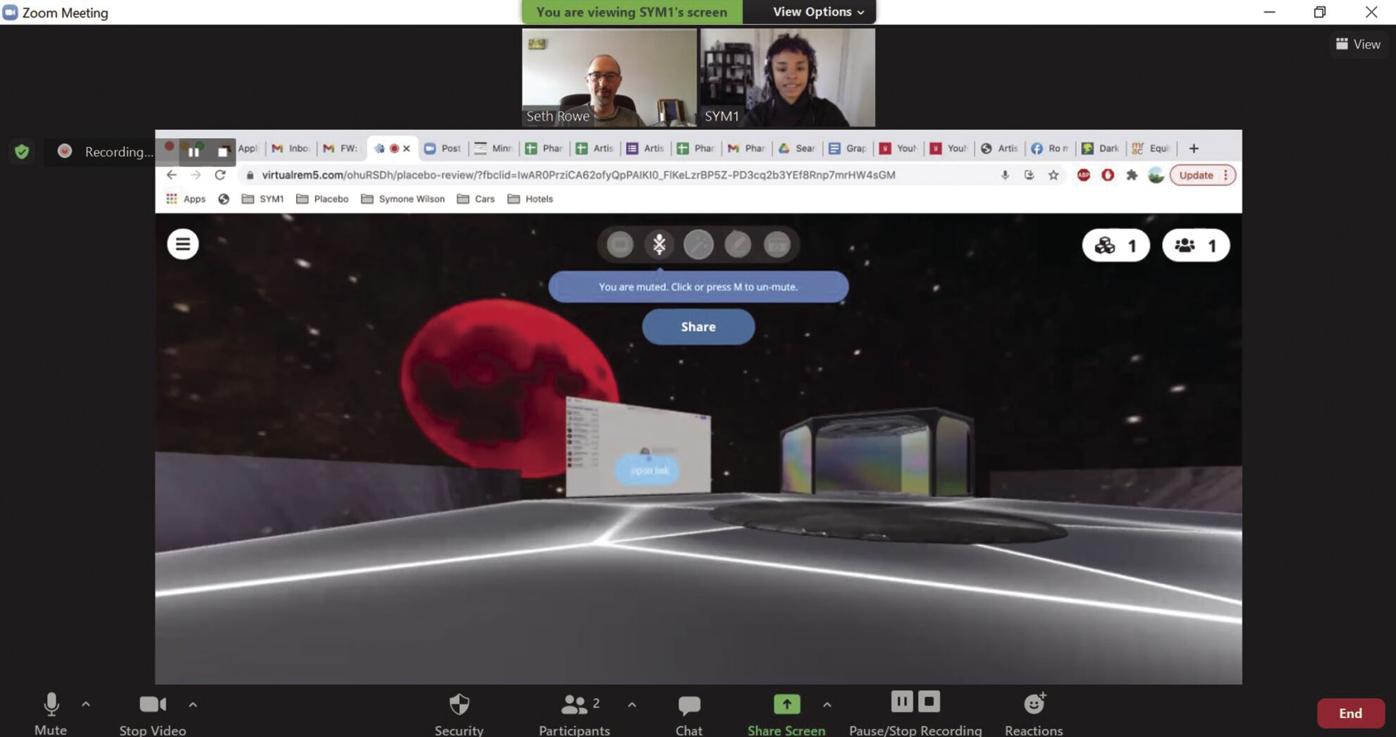 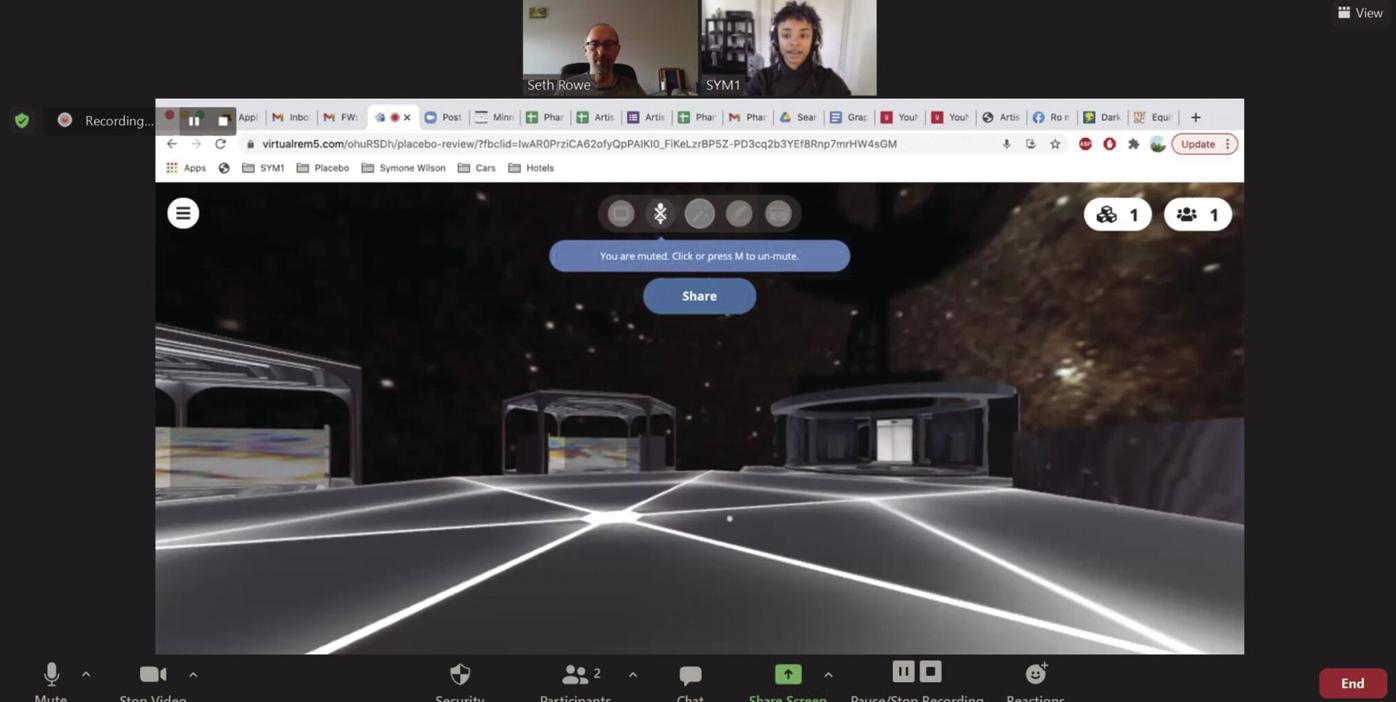 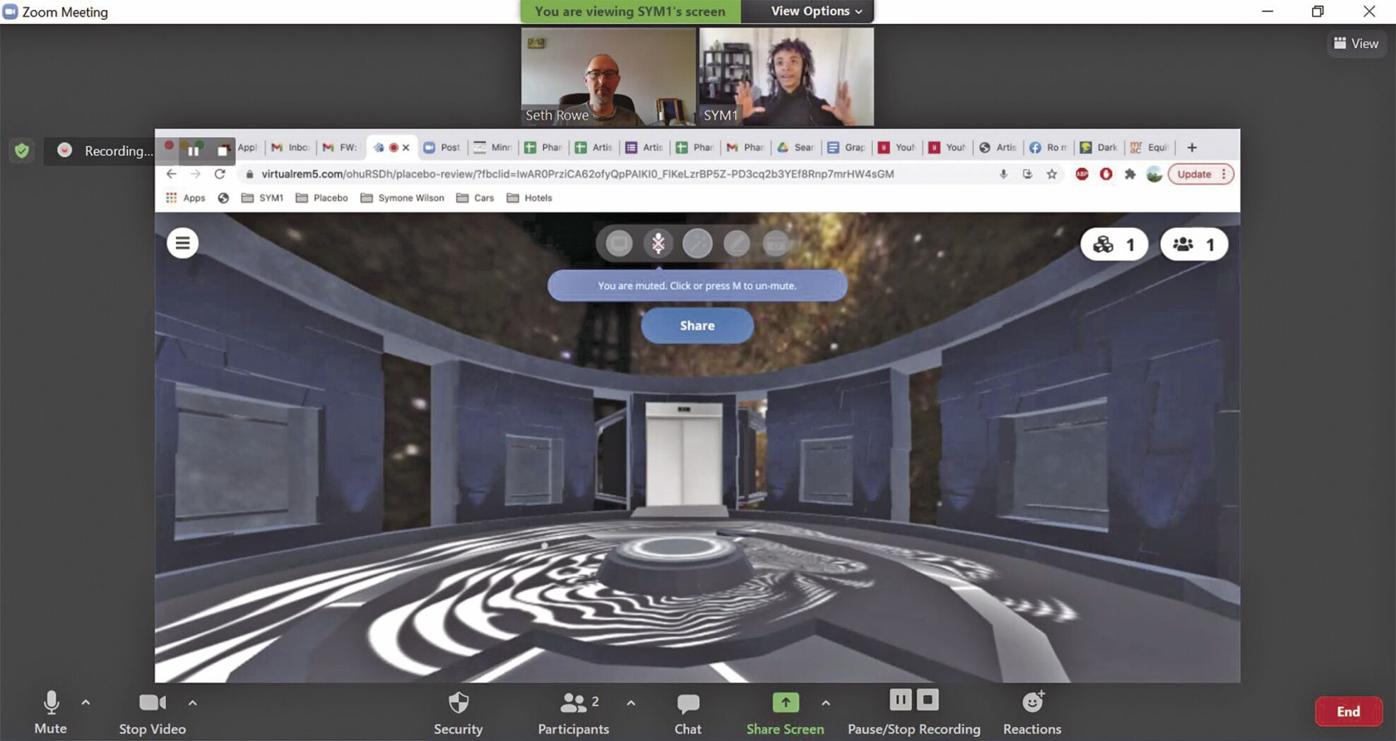 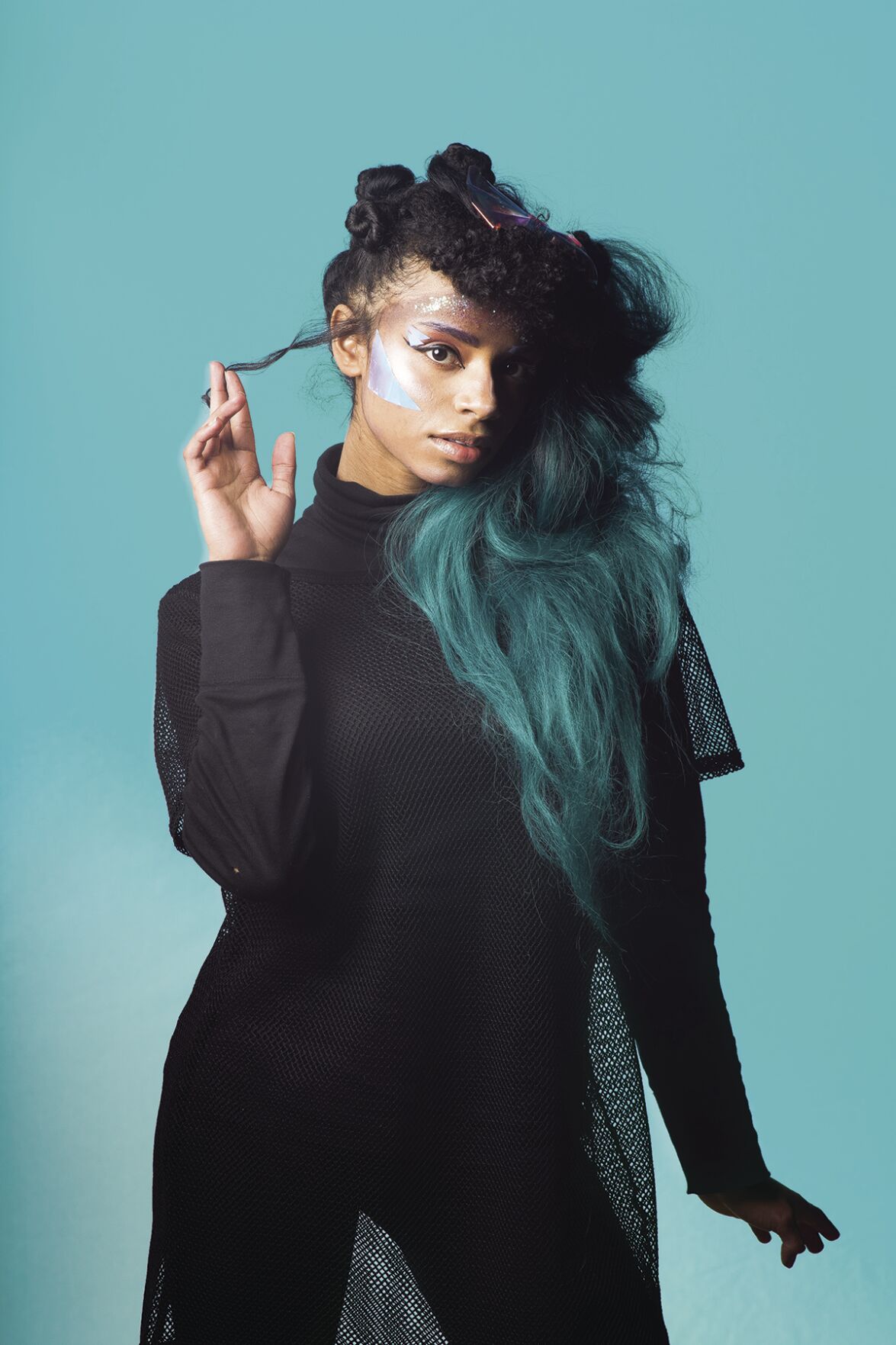 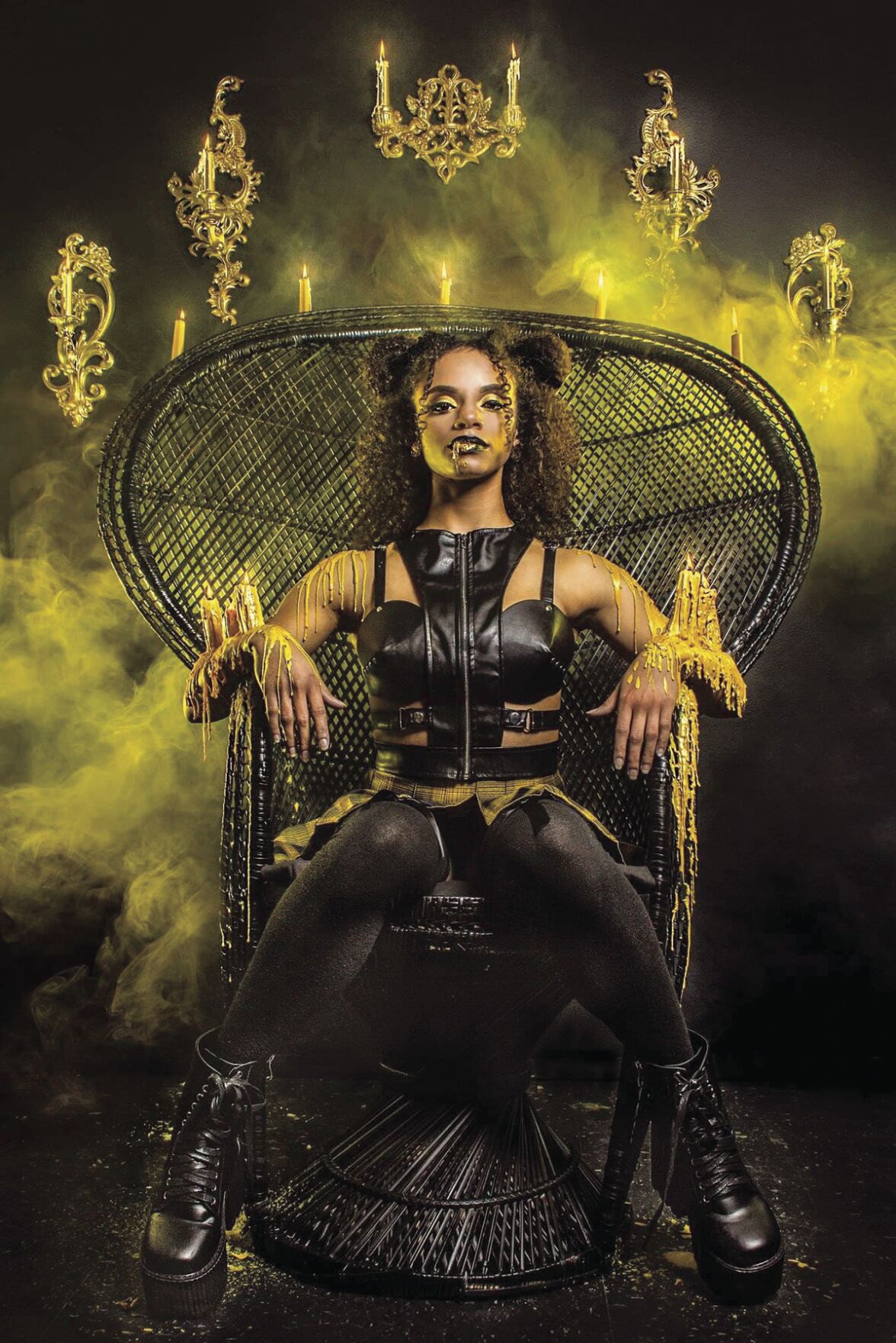 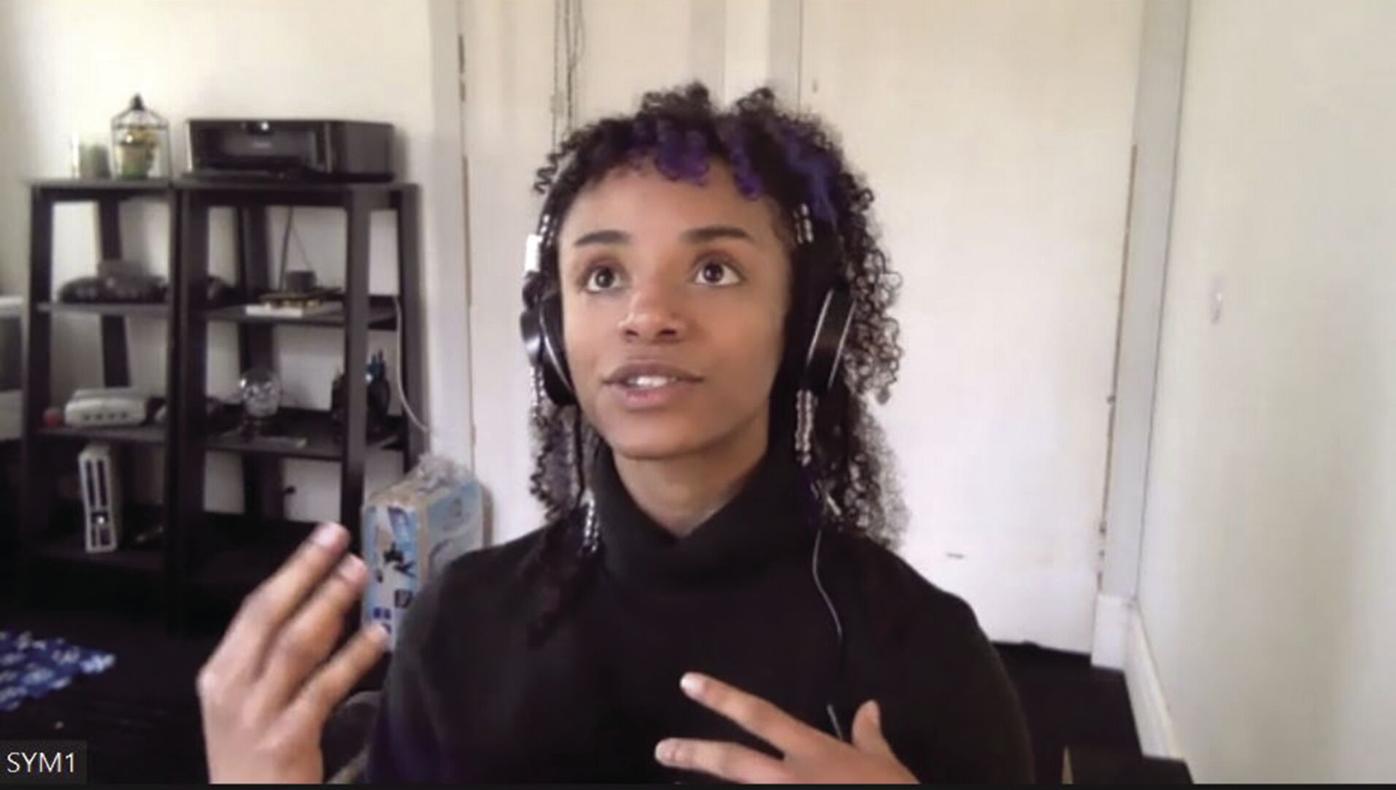 With many music and arts venues closed, St. Louis Park musician Symone Wilson is seeking to help create a virtual venue that’s out of this world.

Wilson is teaming up with Kelsey Jo Geiger, who provides instruction on the music industry business at the Institute of Production and Recording in Minneapolis, and St. Louis Park-based virtual lab REM5. The plan is to create a sprawling virtual venue in which visitors will be able to interact with each other through a variety of devices, take in music, wave virtual glow sticks and even try to find a hidden horse room. The Placebo Records Virtual Reality Venue would be named after Wilson’s own record label.

A St. Louis Park Arts and Culture grant and Metropolitan and Regional Arts Council grant are helping to fund the venue, but Wilson is also seeking to raise $20,000 on GoFundMe.com.

The additional funds would help pay staff for graphic design and marketing work, cover the cost of remaining work on the virtual venue and pay artists.

The venue has a cosmic-style sky along with a variety of rooms for participants to virtually gather to chat or watch videos.

“I definitely want to make it feel like a venue you’ve never been to before or probably can’t exist in real life,” said Wilson, who performs under the stage name SYM1 and worked as a staff member at the SLP Nest youth-centered coffeeshop and music venue.

One space could feature a 24-hour music stream to help create the feel of a listening party. A main stage area would be connected to a Twitch account featuring either live performances or pre-recorded music videos. A “green room” would allow artists to gather together virtually to mingle.

“I want to have that interactive feel, for sure, that everyone craves right now,” Wilson said. “There’s more opportunity for that interaction and engagement, which I heavily miss.”

Like a live venue, a merch booth is planned. It would feature digital art and items linking to an artist’s merchandise website or Instagram page to allow participants to view more of their work.

Beyond seeking to reignite the music community, Wilson said she wants to encourage diversity in the music industry. She plans to create a mentorship program with the assistance of Ro Lorenzen, lead vocalist for the Twin Cities funk band Static Panic.

“She’s a person of color and a person of the LGBT community, which I also am, and so we are both joining heads on getting BIPOC, LGBT and youth involved within the space,” Wilson said of the mentorship plans. “We’ll definitely be promoting that as a big part of the venue.”

In the grant applications, Wilson set a goal that half of the artists involved would be Black, Indigenous, people of color, LGBT or youth.

“I feel like consistently marginalized communities, especially the ones that I listed, are left out too often, and if they are included there’s like one token to every group or scene,” said Wilson, who referenced the electronic pop scene that she is a part of along with other genres. “It’s not always like that, and I’m definitely seeing there be an improvement. But I want to see that happen on just such a broad scale.”

She indicated that she wants to promote diversity through her record label.

Work on the venue is ongoing, but Wilson hopes to launch next month.

Brian Skalak, director of marketing and events at REM5, commented by email, “REM5 STUDIOS is incredibly excited to work with such an innovative group of artists and musicians here in the Twin Cities to make this virtual venue a reality for them. We’ve spent the last year really diving into the use cases for this WebXR platform and making 3D, social worlds accessible on mobile devices to laptops – and, yes, VR headsets.”

“Music and entertainment executions are a slam dunk, but we’ve also utilized the tech to create a Hall of Fame for the Minnesota Twins and a museum on racial inequity,” Skalak wrote. “The possibilities are endless!”

The idea for the virtual venue came about after Skalak suggested to Wilson that Placebo Records could host a virtual event. That suggestion prompted Wilson to brainstorm about a more far-reaching collaboration.

“I felt like there was a need for community to be built up in an intentional way,” Wilson said.

With City Pages ceasing production and no music venues open for months, Wilson said she felt a lack of connection with the rest of the music community.

While geared toward the Minnesota music scene, Wilson hopes to bring in artists from across the country and abroad.

“Going to a venue is, like, a lot of time and energy, and sometimes we want to just support and see music without having to leave our homes,” she said. “We can now.”

To learn more, visit placebo-records.com. The fundraiser page is at gofundme.com/f/virtual-reality-venue-for-music-arts-accessibility.