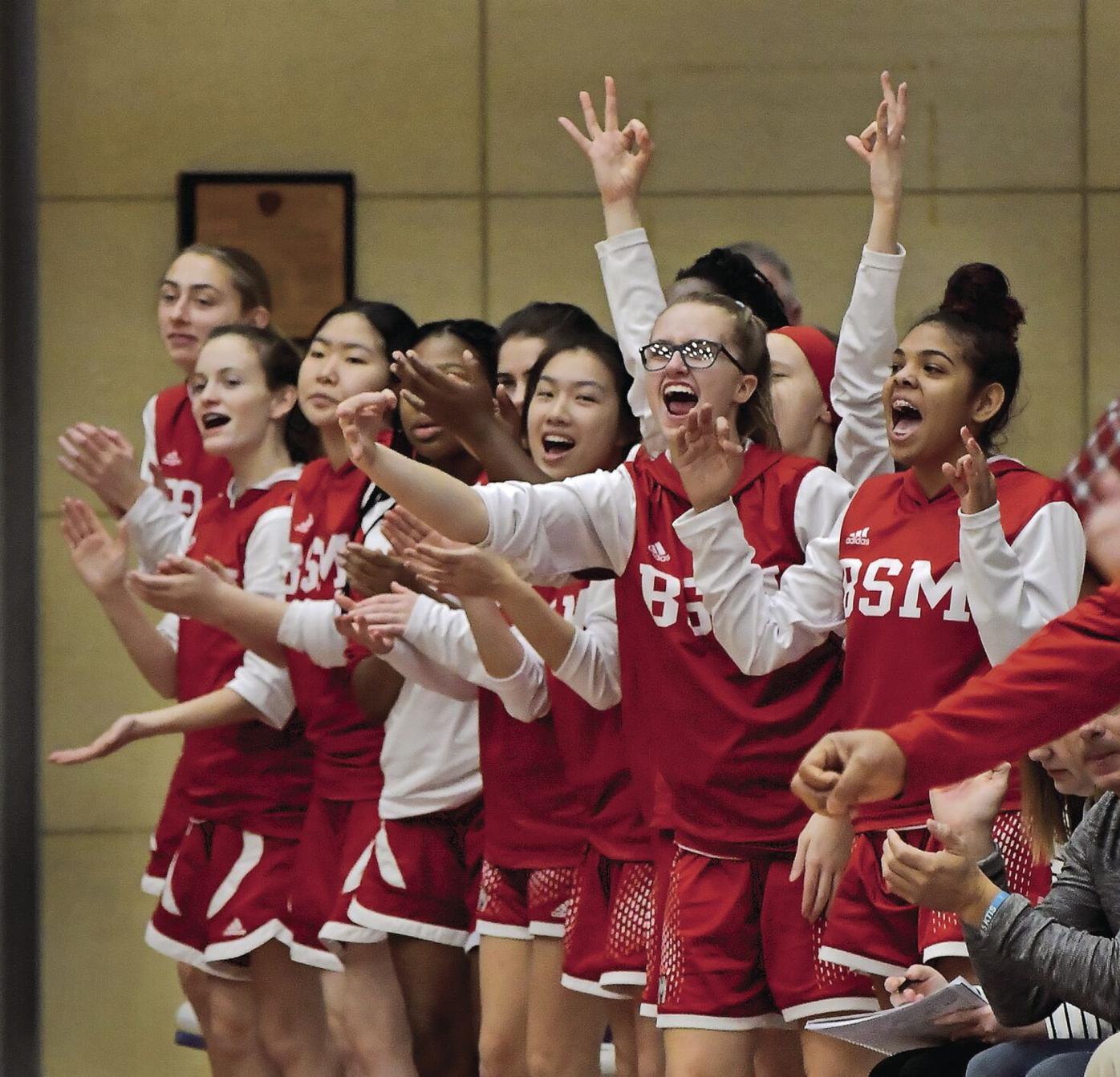 Benilde-St. Margaret’s has eight varsity players back this season for what will be a condensed 18-game regular season. 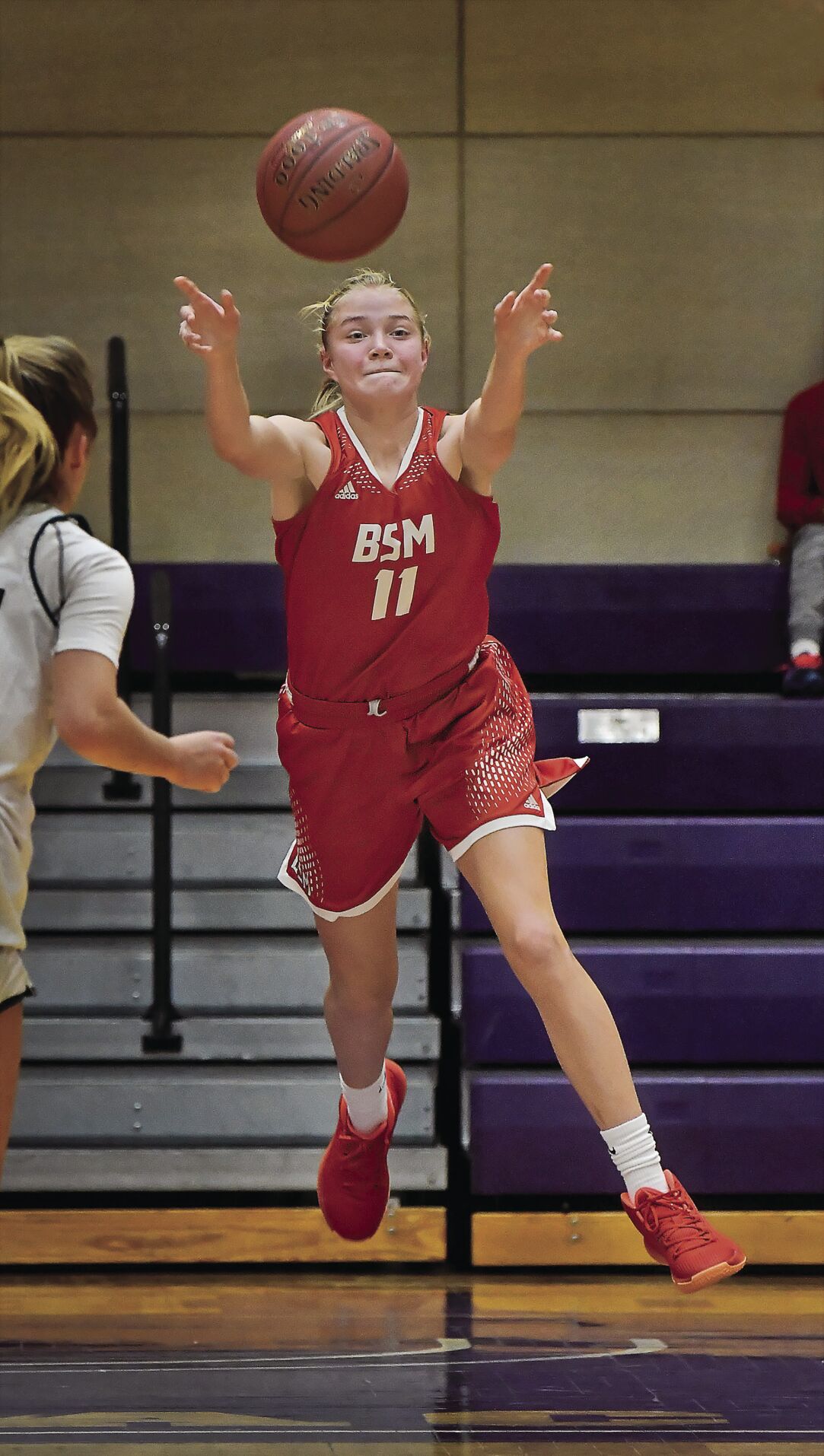 Benilde-St. Margaret’s freshman guard Olivia Olson is one of the top-ranked prospects in the state after leading the team with more than 15 points per game last season. 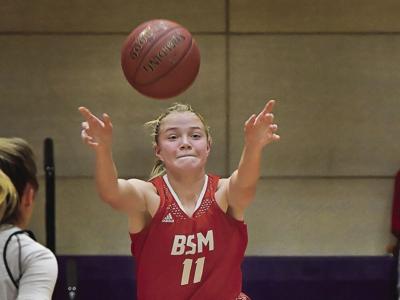 The Red Knights went 6-20 last season including a 2-10 mark to finish sixth in the Metro West Conference.

The Hawks were perfect in all 12 conference games last winter going 22-4 overall.

BSM coach Michael Swann has eight players back on the roster from last season and only has one senior on what will be another young squad.

He says the team is looking forward to the challenge facing Chaska and even more so to get the season underway.

Freshman guard Olivia Olson averaged more than 15 points per game last season and is recovered from a broken ankle just ahead of the soccer season, where she was slated to be the starting goalkeeper.

Freshman guard Brooklyn Miller will start at the No. 2 guard spot and backup Olson at the point and fellow freshman guard Tyreana Reliford.

Inside, look for junior Lindsey Layton to expand her role as a contributor inside the paint.

The Red Knights took part in The Breakdown fall league at Hopkins and Bloomington without the services of Olson and Leyton. “But we had a chance for other girls to step up and learn what they had to do,” Swann said, including Miller, Reliford, Wright, Mackenzie Wells, Mackenzie Swann and Sierre Lumpkin. “They really stepped up with the opportunity to play and Olivia [Olson] helped coach and again that’s growth to see her be able to coach.”

With only 10 days between the start of tryouts (Jan. 4) and the opening game (Jan. 14), Swann said the goal of practice is to get everyone acclimated to playing basketball again and to make sure the defense is solid before working on offensive fundamentals.

“We have to be successful on defense with our man-to-man at first,” he said. “Because I know we will score.”