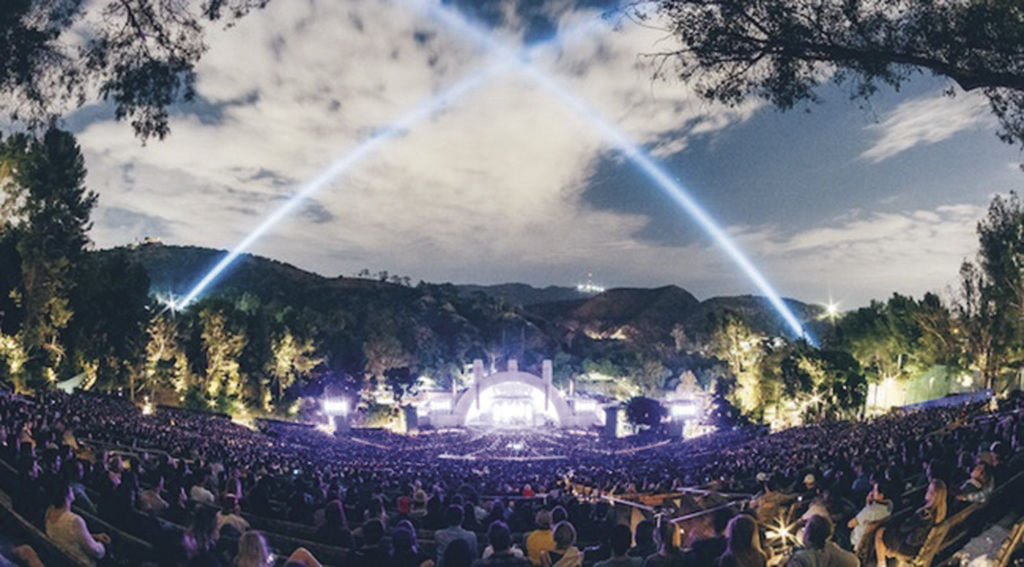 Chris Thomson, music teacher at Mainstreet School of Performing Arts in Hopkins, recently left for his second two-week tour with chart-topping indie band Bon Iver. Thomson plays the saxophone for the performances as well as on the band’s newest album, “22, A Million.” (Submitted photo) 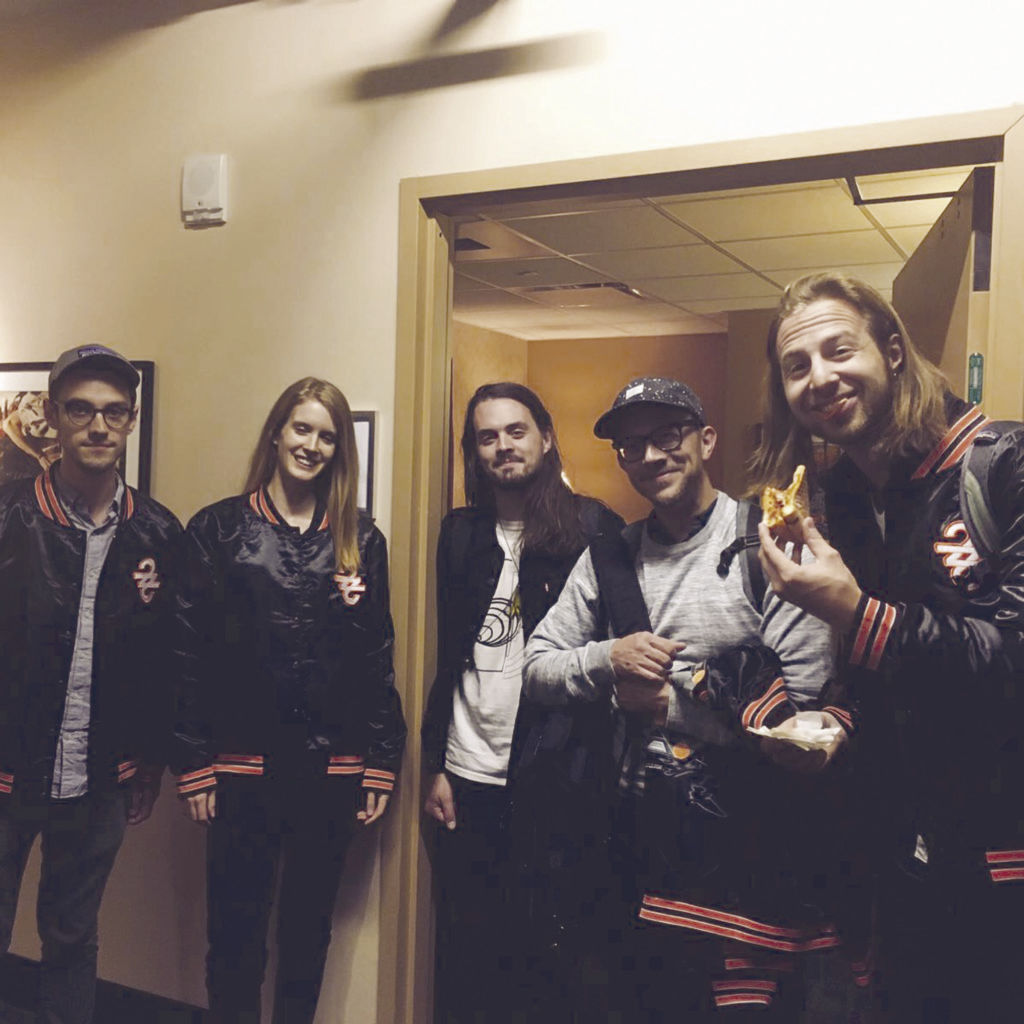 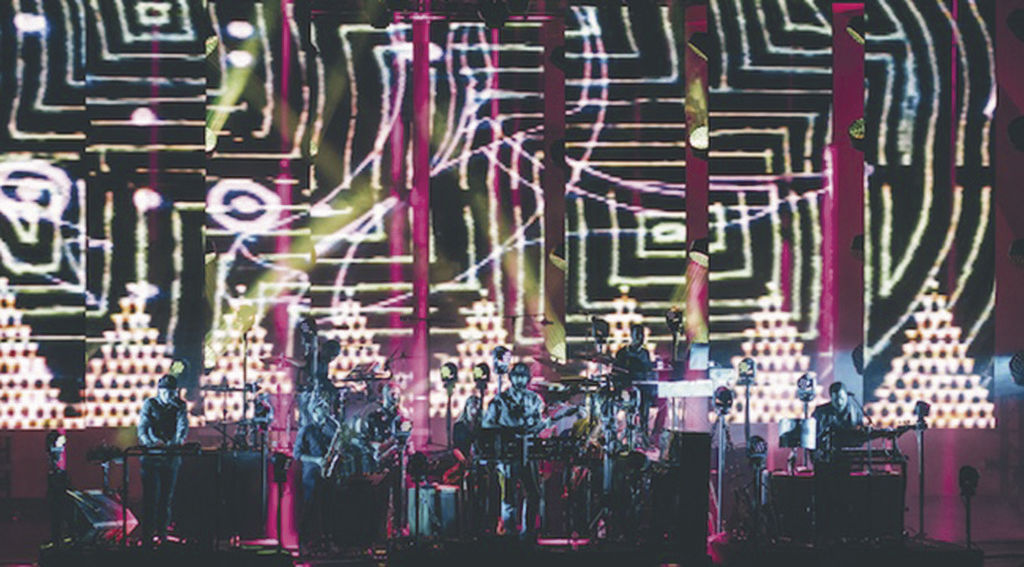 Chris Thomson, music teacher at Mainstreet School of Performing Arts in Hopkins, recently left for his second two-week tour with chart-topping indie band Bon Iver. Thomson plays the saxophone for the performances as well as on the band’s newest album, “22, A Million.” (Submitted photo)

Mainstreet teacher off to Europe with world-class indie rock band

Chris Thomson, music teacher at Mainstreet School of Performing Arts, is clear about one thing: he isn’t a rock star.

“I’m only a rock star by association. Maybe an adjunct rock star,” he said, a bit sheepishly.

Thomson returned in October from a two-week tour on the West Coast with none other than Bon Iver, the chart-topping indie folk group whose newest album has sold out shows at nearly every tour venue.

The band is the brainchild of Midwest native Justin Vernon, a singer and songwriter from Eau Claire with deep ties to the Twin Cities music scene.

“There’s a tendency for people to think of the Midwest as fly-over country, and Justin is one of those people that says, ‘Oh hell no, we have our own voice and a lot to contribute,’” Thomson said.

These ties connected Thomson to Vernon for the recording of Bon Iver’s recent album “22, A Million” in September. Through a mutual friend and fellow musician, Thomson joined a group of saxophone players in the studio to contribute to what he called a “groundbreaking” album.

“We had an amazing time getting to record it. Justin just has a great concept and an incredible vision,” Thomson said.

Along with other recording musicians, Thomson was then asked to join Bon Iver from a stint of live shows in Oakland, San Diego, Orange County and Los Angeles. The latter, at the famous Hollywood Bowl, was a sold-out show with a crowd of approximately 17,500 people.

“It’s incredible to feel that energy when he steps on stage, and it’s such a thrill to be able to contribute to that,” Thomson said.

Thomson departed Nov. 30 for the next leg of the tour, a series of shows in Brooklyn and across New York.

He added that the touring schedule is unique in that it’s limited to a few weeks at a time, with a series of shows in the same space.

While most big-name bands play a different city each night, Vernon’s strategy is to foster an artistic following and personalized sense of community in each venue.

“We get to fly to New York and stay for two weeks,” Thomson said. “That’s unique. Most bands don’t do things like that. I’ve very excited about it.”

In January, Thomson’ll head out again for a month’s worth of shows in Europe, including Paris, Frankfurt, Zurich, Luxembourg, Oslo and Stockholm.

While this isn’t Thomson’s first performing tour, he said it’s certainly the most prestigious to date, although previous notable acts he’s played for include Mason Jennings and the New Standards.

Thomson’s specialty is jazz saxophone, closely followed by teaching music, which he pursued to help balance out the tough life of a performing musician. He came to MSSPA from the St. Paul Conservatory, and is in his third year as a faculty member at the Hopkins school.

Through it all, Thomson said, MSSPA has made it possible to follow his dream while maintaining a stable teaching job and home life to return to after the tour.

“Being on tour is a hard pace,” Thomson said. “I’m just trying to figure out a balance like everyone else.”

He said he’s incredibly grateful for the opportunity to hone his craft in a way that benefits his students and furthers his musical aspirations.

“The administrative team at the school has been very supportive and encouraging,” Thomson said. “I’m so grateful that the people I work for see the value in this. … The students really like his music and it’s fun to have that connection.”

As a fan of Bon Iver before he became a part of the project, Thomson said it was a little intimidating to meet and work with Vernon at first.

“I had to just get over how good he is at what he does. It’s intimidating, but he’s good at defusing that. No one there competes, we all have the opportunity to add something,” Thomson said. “Everything he does is of the highest quality. Justin Vernon is a pioneer … he’s fearless. I’m a bigger fan of him now than I was before.”

However, Thomson said the experience has profoundly inspired him in his own artistic endeavors and voice, particularly because the new album is a more experimental work than Vernon’s previous efforts.

“If records still matter, I think this is one that’s going to be interesting and important for years to come,” he said. “I think it’s a beautiful balance between song-writing, digital production and instrumentation that one else has really done at this level.”

While he may not entirely identify as a rock star, Thomson admitted that, between teaching and touring, he really is living the dream.

“It’s really the consummate professional musician experience. I want to pinch myself sometimes because I don’t know how this is happening,” Thomson said. “I’m in it because I really believe in it, and I feel incredibly lucky to be able to do this.”