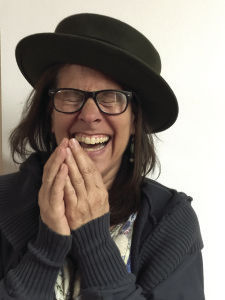 Sarah Routman, a laughter yoga specialist who lives in Minnetonka, teaches people the many health benefits of laughing throughout the day. (Submitted photo) 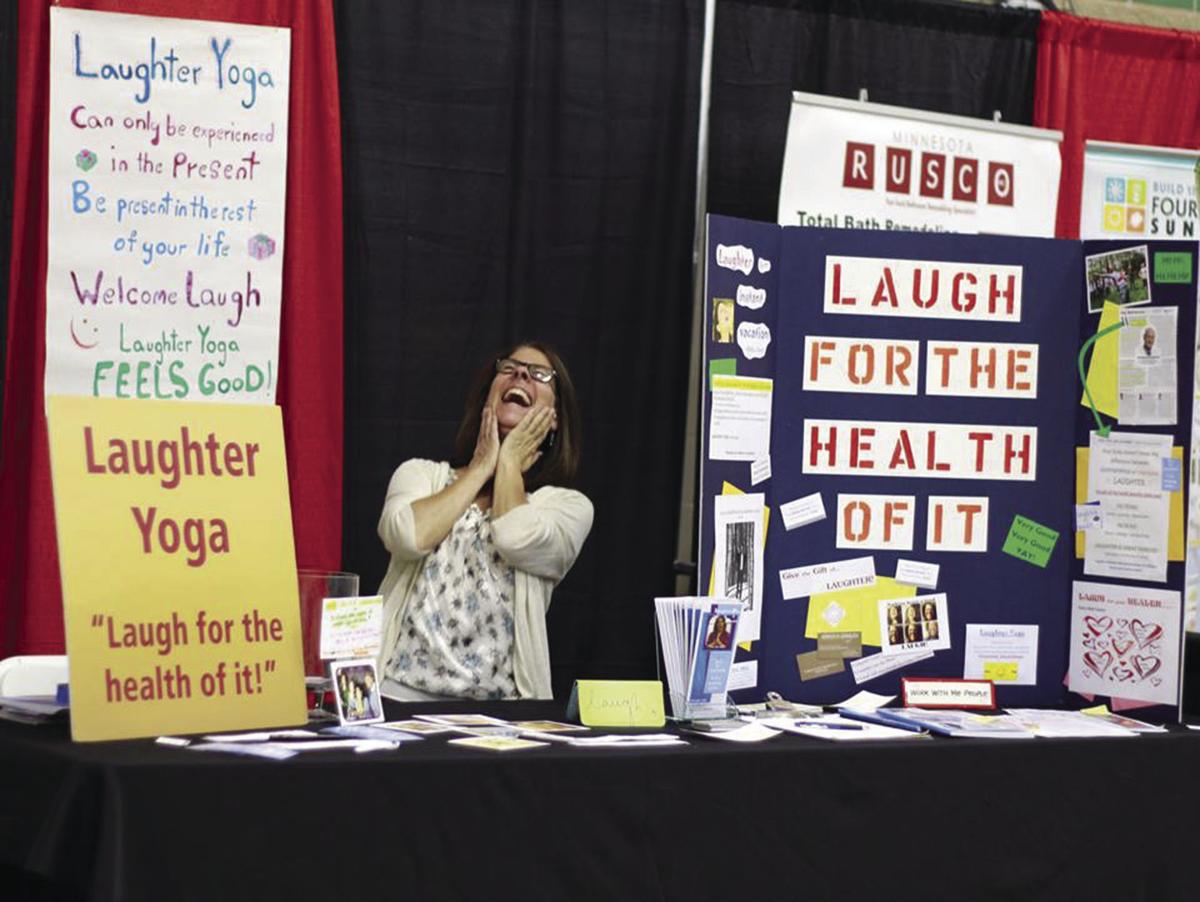 Sarah Routman, a laughter yoga specialist who lives in Minnetonka, teaches people the many health benefits of laughing throughout the day. (Submitted photo)

The benefits of laughter are no joke; laughing more not only makes you happier, but can also improve physical health and mental focus, according to Sarah Routman, a Minnetonka resident who coaches others in the art of laughter yoga.

Laughter yoga is, quite simply, the practice of deliberately laughing and smiling, combining with light stretching and breathing exercises.

Routman has been teaching and practicing laughter yoga for about eight years. Previously a high school English and drama teacher, Routman first heard of the practice when a family friend became certified as an instructor and encouraged her to try it.

“I immediately thought, ‘Oh my God, this is the most fun ever,’” Routman said. “I walked out of there knowing this was something I had to do.”

She said her teaching career made it a perfect fit.

“Part of what you teach kids is stress management and that’s exactly what this is,” Routman said. “It’s everything I cared about and wanted to do, all wrapped in one neat package.”

Routman said there’s nothing funny about the results of yukking it up with some yoga; whether or not the laughter is spontaneous, the act of laughing and smiling releases endorphins in the brain, promoting a sense of well-being, increasing the body’s oxygen level and improving health and focus, according to Routman.

“People say laughter is the best medicine, and they’re right,” she said. “The most important thing isn’t whether you actually think something is funny; intentional and spontaneous laughter give the same effects. Your body doesn’t know the difference.”

Routman acknowledges it can be a little strange at first to laugh out loud without a reason but, like anything, practice makes perfect. She compared it to improvisational acting in that it also helps build creativity and promotes social bonding.

A key rule for Routman’s practice is that there’s no judgment.

“It all starts with self-love, helping people be comfortable with themselves,” she said.

A session of laughter yoga starts small - with a series of smiling exercises, building into quiet laughs and eventually, into vigorous arm movements combined with enthusiastic affirmations and belly-laughs.

Once a few people in a group start laughing, it creates a snowball effect and others are invited to join in, Routman said. The end result is a bonding experience for everyone involved, she added, making for an excellent team-building exercise.

“Smiling at someone is the beginning of breaking down a barrier,” Routman said. “When you laugh with someone, it becomes physiologically impossible to be angry.”

Routman cited statistics showing that children laugh between 200 and 400 times every day, while adults average between 4 and 20 laughs each day.

“We forget to just be silly and playful, but it’s so good to just get back in tune with our childlike side and not take things so seriously,” Routman said. “The target audience for laughter yoga is everyone, because everyone can benefit from this.”

To that end, Routman decided to tap into another playful new trend in adult relaxation; coloring books.

She was inspired to create her own after noticing that many of the currently available coloring books, while beautiful, don’t have an explicitly positive message.

“They’re gorgeous, but there’s not anything happy about them,” Routman said. She decided to combine the intentional practice of laughter with the soothing routine of coloring in “Laughterdoodles.”

“There’s laughter on every page,” she said.

In recognition of the book’s release, Routman will be celebrating National Coloring Book Day, hosted by Uptown Minnesota at the Ridgedale Mall Tuesday, Aug. 2, at 2:30 p.m.

While the book is a great relaxation tool, Routman said it’s not necessary to get the benefits of laughter yoga.

“You can do it anytime, anywhere, and you don’t need anything special for it,” Routman said. “At the end, you feel energized and exhilarated.”

As part of the requirements of being a certified instructor, Routman hosts a free, open to the public laughter club; it’s available every Monday at 9 a.m. for participants to join via phone.

The best way to practice laughter yoga, however, is with other people, Routman said, in the office, at home, or wherever one happens to be; the more, the merrier.

“Laughter is contagious; the more you give away, the more you’re filled with it,” Routman said. “It just makes everyone feel good, and if you feel good, you’ll be able to get through any problem more easily.”

For more information on Routman’s classes, events and laughter club calls, visit her website at seriousgiggles.com. More information about her coloring book can be found at laughterdoodles.com.