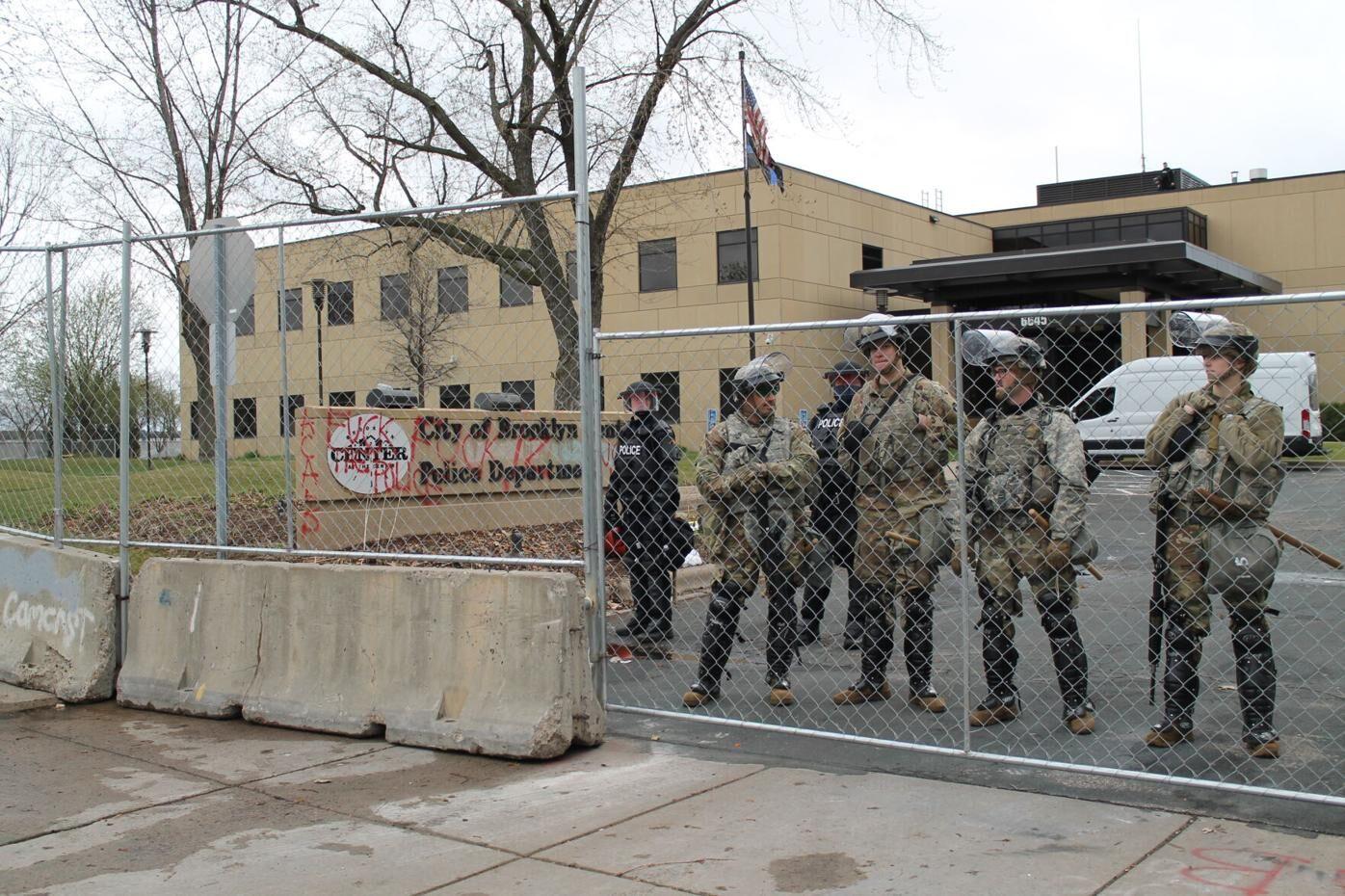 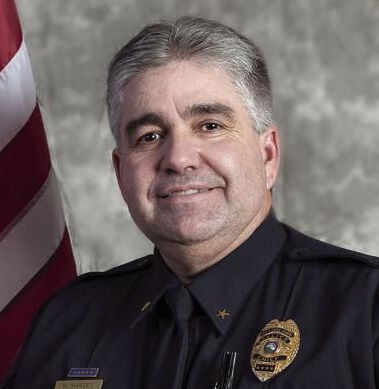 As one of three commanders of the West Command Mobile Field Force, St. Louis Park Police Chief Mike Harcey accused protesters in Brooklyn Center of engaging in an extreme attack and defended the police response.

After the police shooting of Daunte Wright April 11, Harcey said the suburban Hennepin County law enforcement group first responded to the scene and later to the Brooklyn Center police station as protests formed.

The Brooklyn Center police chief at the time, Tim Gannon, declared an unlawful assembly “because of the violence that we were seeing from the crowd,” Harcey said during a report to the St. Louis Park City Council April 19.

“We took action to disperse that crowd that night,” Harcey said during a virtual meeting in which he reported from the Hennepin County Sheriff’s mobile command center.

While Harcey said St. Louis Park officers did not use chemical munitions or less-lethal weapons they had available, Councilmember Rachel Harris said, “My concern is that they are adjacent to other officers who are or may be utilizing that.”

Harcey responded by saying that “the use of force is very tightly regulated in the state of Minnesota and in all the metro agencies that we work with.”

He added, “When chemical munitions or less-lethal force options were used, I think I am in a good position to say I believe they were used correctly to defend our officer safety or the safety of the community that we were protecting.”

He acknowledged a public perception of excessive use of tear gas on the scene.

Harcey asserted that law enforcement had found several caches of Molotov cocktails and claimed that evidence pointed to plans to burn down the police station.

“They were there for a reason,” Harcey said. “That building was under attack. Law enforcement was under attack, and to protect life and safety we had to add to act accordingly.”

In speaking with people who attended the protests, Councilmember Margaret Rog said, “It’s been chaotic and confusing for them as well, as you can imagine. It’s hard to have a clear line of communication when you have 1,200 people in a crowd not knowing what’s going on.”

An unlawful assembly declaration is announced at least three times, with a final announcement warning that those who stay would be subject to arrest as well as instructions about “which direction to go and how to leave safely,” Harcey said.

However, Rog said she knew of a case of an individual who had been seeking to leave in their vehicle and then had been arrested.

“There are probably even some bad actors on all sides,” Rog said.

An officer documented an altercation involving a 40-year-old Minneapolis woman who “complained she had a small laceration on her hand from falling to the ground and felt her leg may be bruised.”

The officer’s report begins by saying that a group had been forming late April 14 near 69th Avenue North and Fremont Place North, with some protesters “creating barriers with umbrellas and launching projectiles at people.”

“The group of protesters continued to escalate slowly and threw some hard projectiles at law enforcement vehicles parked near us,” the report says.

While the officer and others initially left in vehicles, he wrote they learned protesters were obstructing National Guard vehicles and throwing projectiles at them.

Upon arriving, he wrote, “We immediately began to sprint toward the military vehicles and protesters. While attempting to protect the National Guard contingent, I observed a person I believed to be a protester that may have thrown hard projectiles. I sprinted at the suspect giving multiple commands to get on the ground, but the suspect did not comply.”

The report says the woman “was wearing all dark clothing including a head/face covering” and “was also holding a clear plastic lid to a tote bin which I believed she possibly was using as a shield.”

The officer wrote, “Since she was not complying and I believed her to be part of the group of protesters that had thrown hard projectiles at us and the National Guard, I shoved her backward and to the ground while giving commands to get on the ground. It should be noted that my wooden baton was still in both of my hands, but I utilized my fists to push her, not the baton.”

While officers secured her in flex cuffs and told her she was under arrest, the woman identified herself as press, according to the report. Another member of the mobile field force “located credentials stowed in her shirt in a plastic holder.”

She declined medical care, according to the police report.

Councilmember Larry Kraft raised the issue of the mistreatment of news reporters.

After dispersal orders, Harcey said, “At the end (of dispersal announcements) we were asking that the media leave the area because they could be subject to arrest. Now there’s been a temporary restraining order filed in federal court that would not allow that, so we are abiding by that.”

But Leita Walker, an attorney for numerous media companies like the Associated Press, CNN and the New York Times, wrote a letter to Gov. Tim Walz and other state leaders April 17 discussing actions before and after Judge Wilhelmina Wright’s April 16 order restraining law enforcement from committing violent and threatening acts against journalists. For example, the letter alleged that a New York Times reporter who had been repeatedly hit by officers while in a car April 13 was again assaulted April 16, with officers reportedly hitting his camera both times in the process. The letter alleged troopers threw an Asian American CNN producer to the ground and arrested her, with one trooper yelling, “Do you speak English?”

The letter also described additional allegations of the use of physical force against the press, such as a photojournalist who alleged he had been tackled and then punched in the face when attempting to show a press badge, which the officer tore off, before another officer smashed his head into the ground. The letter also provided a photo of the use of chemical irritant at close range against journalists with clothing and equipment identifying them as press. On April 16, the letter says protesters were ordered north but then met with a line of officers approaching from the north, trapping protesters and dozens of journalists. Members of the press were reportedly forced onto the ground, released and then detained again by a separate line of officers, who the letter asserts ordered the journalists to line up for processing, including photographing them with IDs.

After the letter, Walz said the processing “created a pretty Orwellian picture” and said April 18 of reports of assaults against journalists, “Apologies are not enough; it just cannot happen.”

Harcey did not offer an apology during the council meeting the next day when council members raised the concern.

He said, “We’ve given every opportunity for people that are displaying media credentials the opportunity to leave, and (they) were allowed to leave in many cases.”

Mayor Jake Spano took issue with the move to order press to leave the area of a protest.

“If we’re there protecting people’s First Amendment rights to protest and ... freedom of the press being one of those fundamental rights, how is it that we reconcile telling members of the press to leave an area when they are there doing their job as sort of the Fourth Estate?”

Spano called the issue particularly problematic and said he could not understand the actions toward press who were engaged in constitutionally protected actions.

Harcey responded, “We gave the warning to have the press leave the area of where the violent actors were at in order to make safe arrests without them being involved in them. If they decided to stay right in that, they were in danger of being caught up in what was going on as a mass arrest.”

Harcey cited this incident as an example of the violence: A Hennepin County deputy sustained a concussion and his nose had been split open after he was hit in the face by a frozen water bottle.

“That was occurring on a regular basis,” Harcey said. “That’s not a peaceful protest.”

In reiterating that not all protesters observed such activities, Rog countered, “It was a mostly peaceful protest.”

During the discussion, Kraft called for the council to discuss the use of nonlethal options and chemical munitions.

Councilmember Tim Brausen said of calls to cease use of such options, “It’s incumbent upon us as a community, I think, to trust our leaders a little bit, even though they don’t always make perfect decisions.”

Kraft later said, “It just felt to me like what happened in Brooklyn Center with this was chaotic and unclear.”