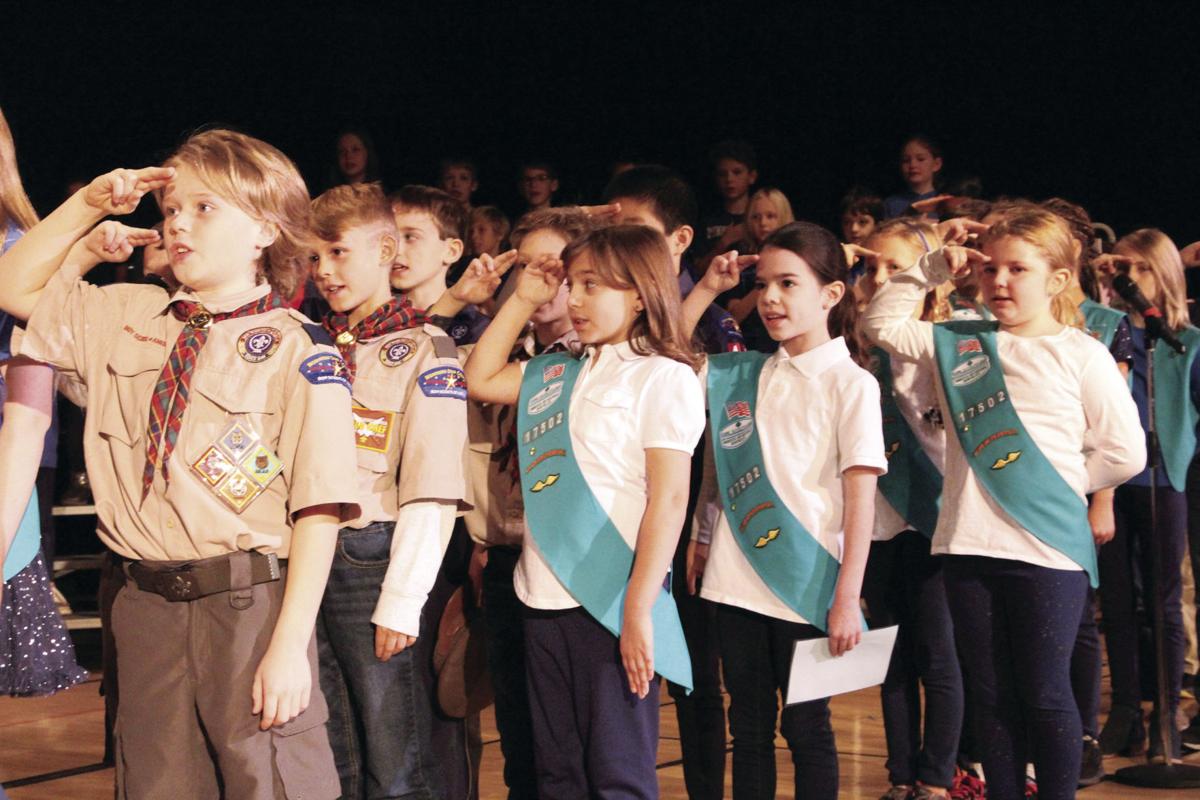 Excelsior Elementary Boy and Girl Scouts salute the flag during the Pledge of Allegiance on Nov. 8 during the school’s Veterans Day ceremony. 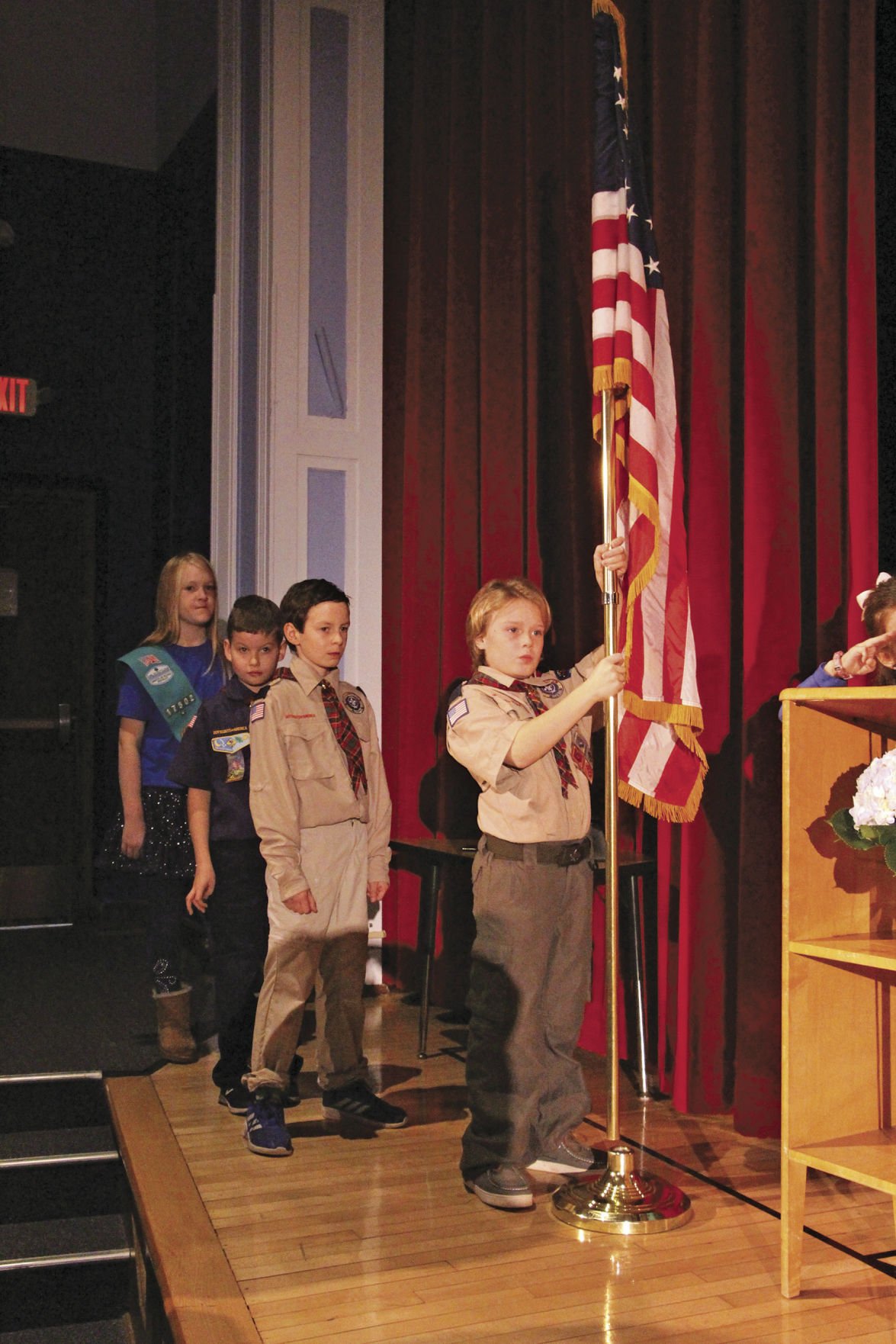 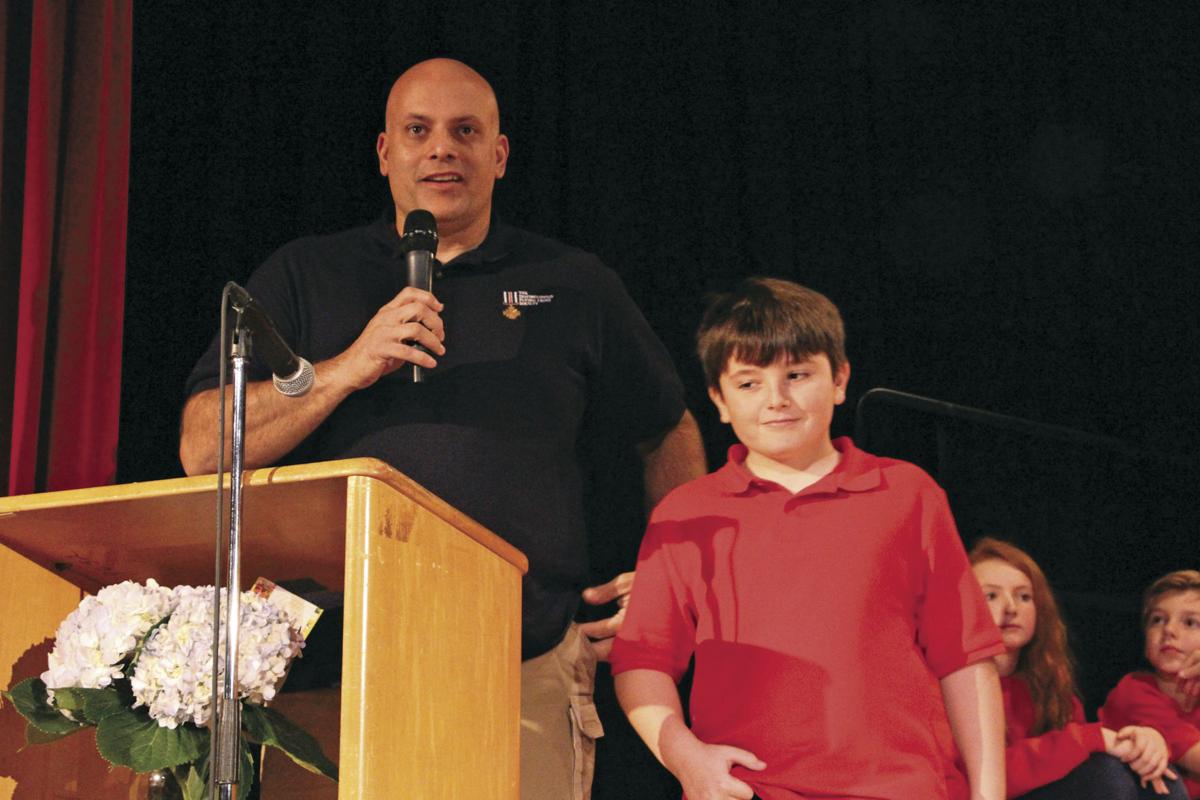 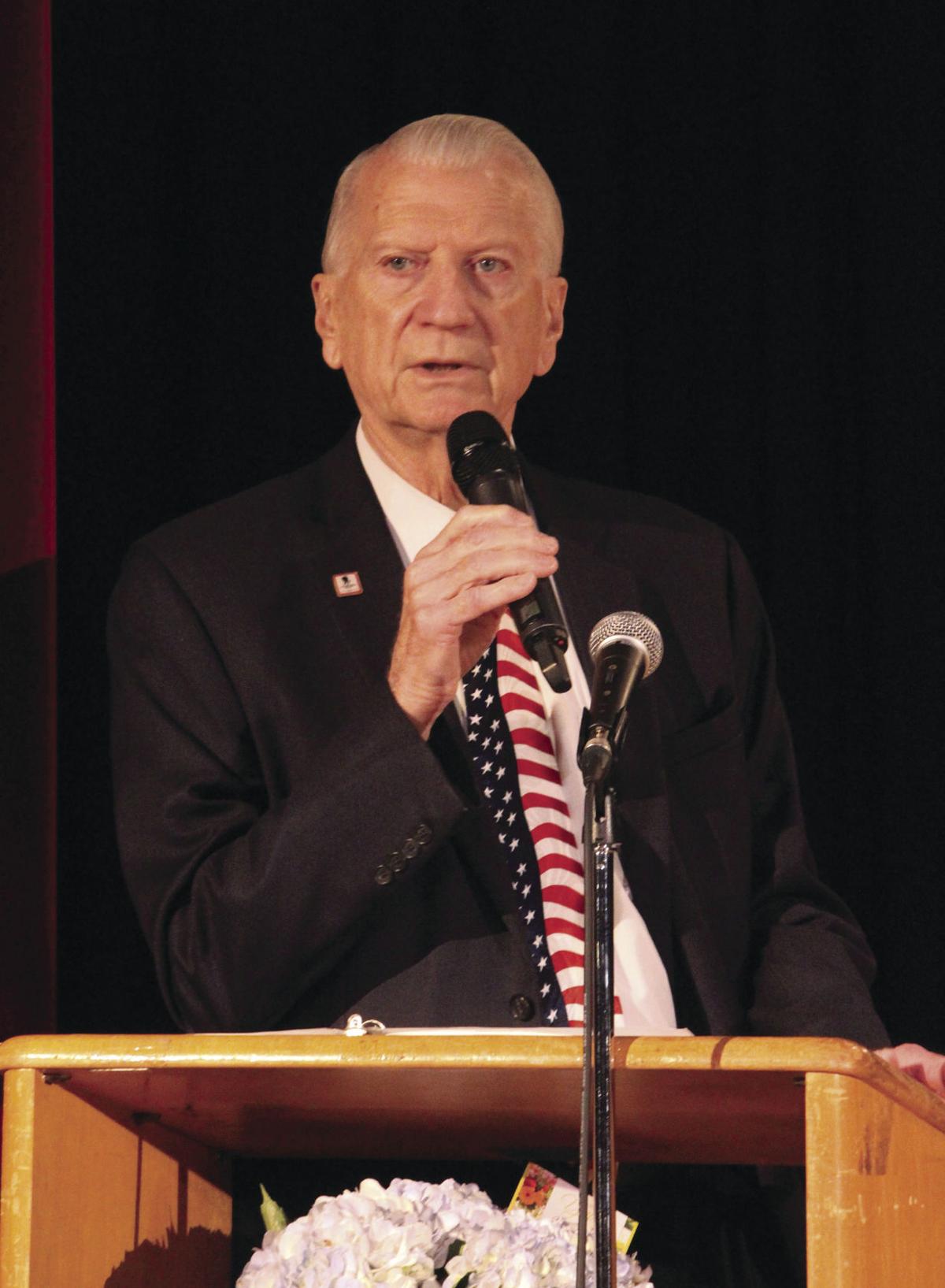 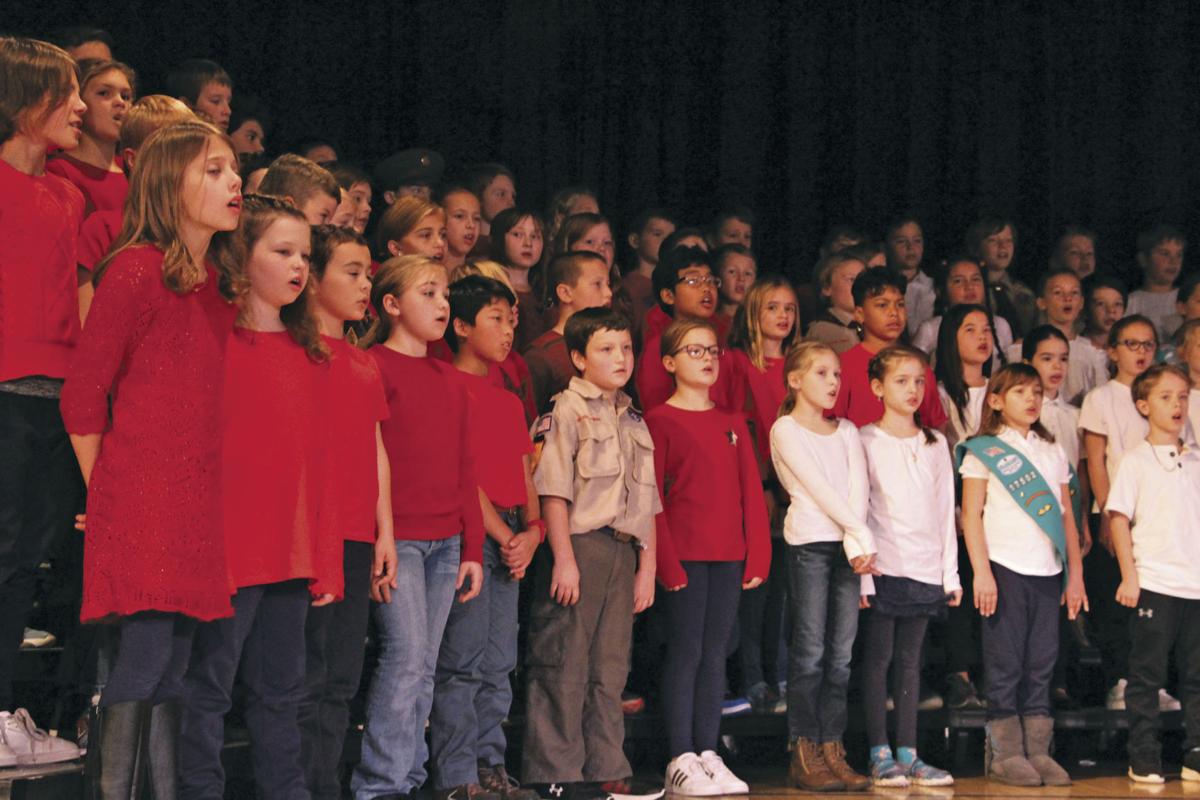 Excelsior Elementary fourth-graders sing “America the Beautiful” Nov. 8 during a Veterans Day ceremony at the school. 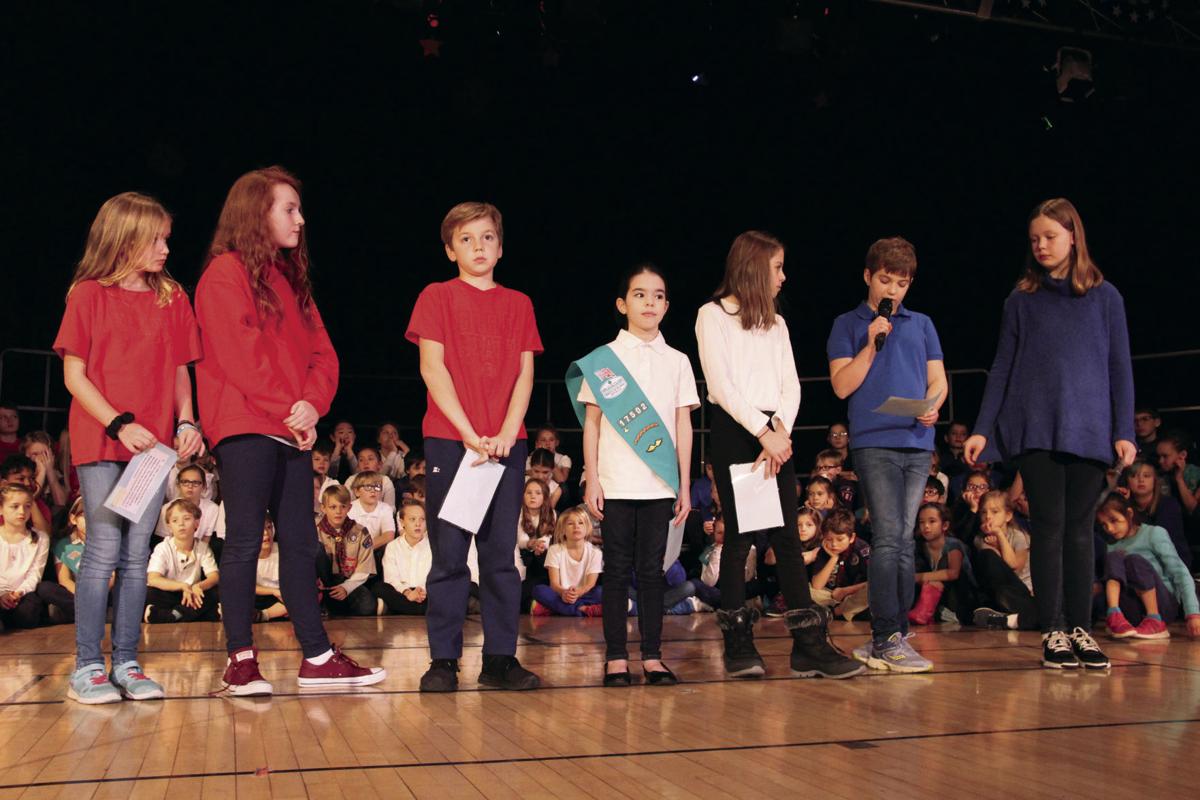 Excelsior Elementary fourth-graders give a presentation on the history of Veterans Day Nov. 8 at the school.

Excelsior Elementary Boy and Girl Scouts salute the flag during the Pledge of Allegiance on Nov. 8 during the school’s Veterans Day ceremony.

Excelsior Elementary fourth-graders sing “America the Beautiful” Nov. 8 during a Veterans Day ceremony at the school.

Excelsior Elementary fourth-graders give a presentation on the history of Veterans Day Nov. 8 at the school.

Excelsior Elementary fourth-graders and teachers hosted their annual tribute to veterans Nov. 8 in the school auditorium.

A Veterans Day ceremony was Nov. 12 at Deephaven Elementary as the Sun Sailor was going to press.

Several veterans who attend the ceremony are local residents or family members of students. Many of the veterans are also members of the Clarence Cofer American Legion 259 in Shorewood and the Lake Minnetonka VFW Post 5919 in Minnetonka.

“I look forward to this event more than any other event during the year where we honor our veterans,” said Supt. Dennis Peterson. “Our veterans have protected the freedoms our country enjoys and that’s all thanks to their service.”

“Students we do this Veterans Day program every year so you can know of the sacrifices our veterans have made for us,” Peterson said. “Our freedoms have been maintained because a lot of men and women have died to keep our country safe so we can do the types of things free people are able to do.”

Prior to the program, fourth graders were required to interview a local veteran and write a report about their service. Many of those veterans who were interviewed by students were at the ceremony.

Peterson said that the observance has had an impact on him because he attended a lot of Veterans Day events after losing his father, who was killed while serving in the Guadalcanal Campaign in the Solomon Island as a pilot in the Army Air Corp during World War II.

Fourth-graders Jainee Adams, Larah Colon-Ortiz, Natalie Fitch, Mason Huys, Sienna McPherson, Samantha Petouvis and Ava Walker gave a history of Veterans Day, including that the day honors all who have served. This day should not be confused with Memorial Day, which honors those who died in military service, or Armed Forces Day, which honors those currently serving.

Fourth-grader Kyle Stepan introduced his father, Chief Warrant Officer Jamie Stepan (Retired), who talked about his service from 2000 to 2007 as an Army scout and helicopter pilot in Iraq.

“Never in my wildest dreams did I think I would actually get to fly yet alone in actual combat,” Jamie Stepan said. “We had a lot of exciting and a lot of fun days, which people get confused by. A lot of times you have to make fun things happen with your fellow soldiers and friends.”

Stepan talked about how he and many of his fellow soldiers received a lot of presents and one day they received a box of stuffed animals and Beanie Babies. They decided to airdrop the toys to kids across Iraq.

“Kids would run out to get them and families would be a little apprehensive about getting them, but when they did they were really appreciative of what we were doing,” Stepan said.

Stepan and his men decided to call the stuffed animal mission “Animal Droppings.” They dropped over 1,000 animals to children across Iraq.

“I was honored to serve with the most amazing people,” Stepan said. “Veterans Day to me means is remembering those who didn’t come back and we have a lot of thanks to give to them.”