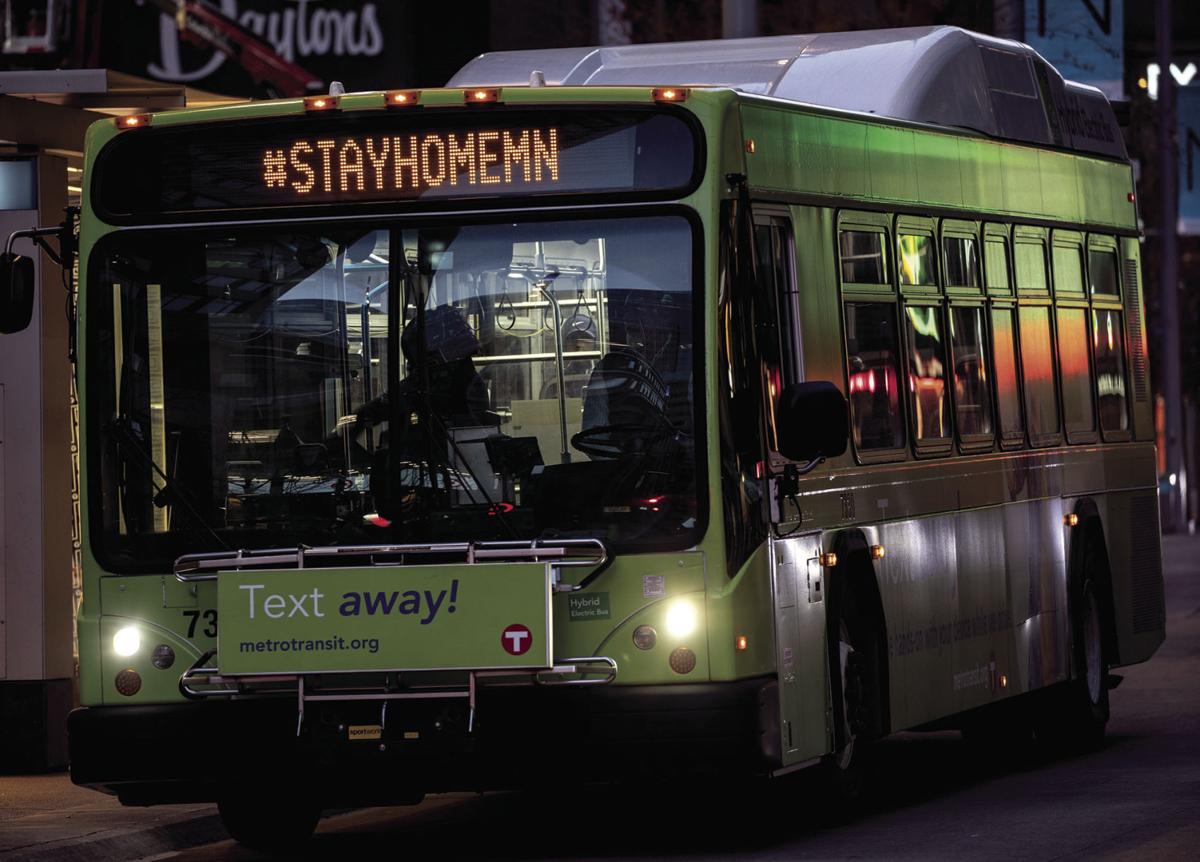 In this Monday, March 23, 2020, photo, Metro Transit busses travel with the hashtag #STAYHOMEMN during the coronavirus outbreak on Nicollet Mall in downtown Minneapolis. (Carlos Gonzalez/Star Tribune via AP) 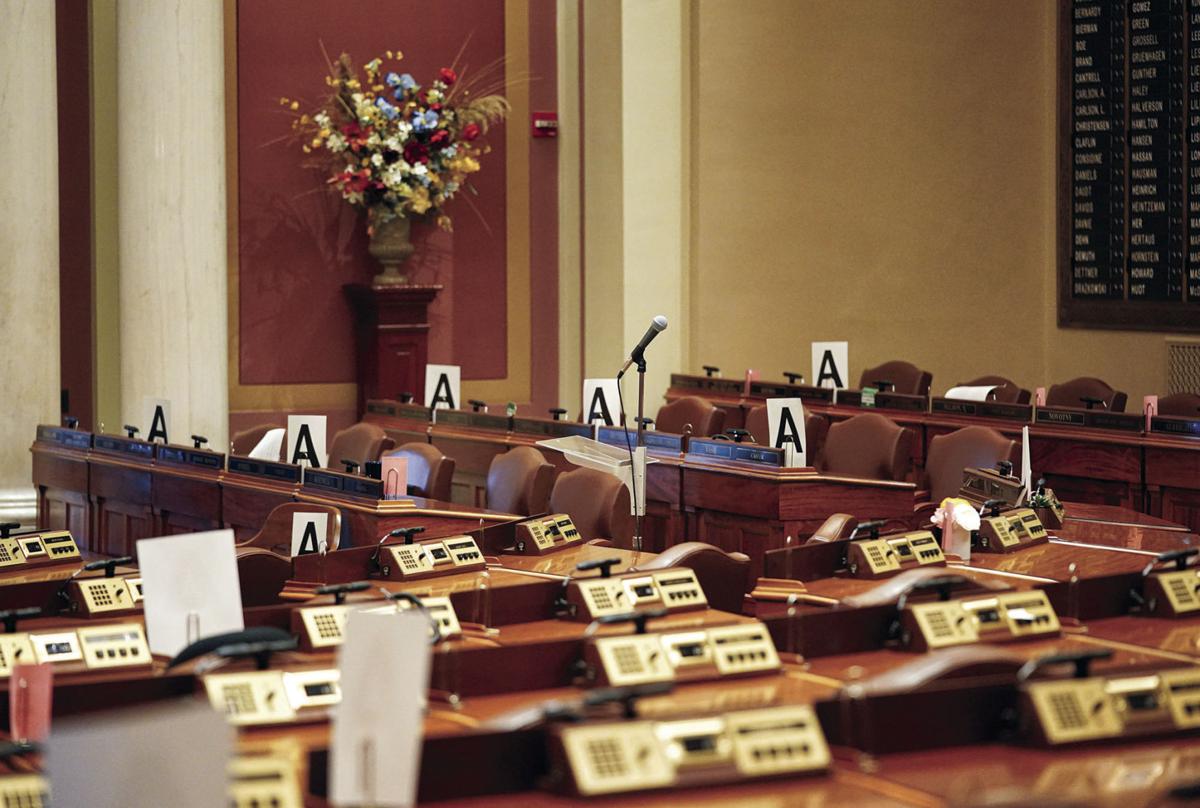 The House chamber at the state Capitol is empty Wednesday, March 18, 2020, in St. Paul, Minn., with some desks marked with an "A" - those desks may be occupied to maintain social distancing because of the coronavirus when lawmakers return. (Glen Stubbe/Star Tribune via AP)

In this Monday, March 23, 2020, photo, Metro Transit busses travel with the hashtag #STAYHOMEMN during the coronavirus outbreak on Nicollet Mall in downtown Minneapolis. (Carlos Gonzalez/Star Tribune via AP)

The House chamber at the state Capitol is empty Wednesday, March 18, 2020, in St. Paul, Minn., with some desks marked with an "A" - those desks may be occupied to maintain social distancing because of the coronavirus when lawmakers return. (Glen Stubbe/Star Tribune via AP)

MINNEAPOLIS (AP) — Gov. Tim Walz on Wednesday ordered Minnesota residents in nonessential jobs to stay at home for two weeks in an effort to slow the spread of COVID-19 and prevent the coronavirus from overwhelming the state’s health care system.

The governor’s “stay at home” order begins at midnight Friday and runs through April 10. He said the restrictions were critical to allow the state to protect its most vulnerable people and give time to build up the state’s capacity to handle a flood of infections.

“I’m asking for your patience, your cooperation and your understanding,” Walz said in a live video message. “My pledge to you is to use the valuable time you’re giving us.”

People will still be allowed to go to grocery stores and their doctors and buy gasoline, he said, but the governor extended his earlier order closing bars and restaurants to May 1. Public schools, which are closed, will implement distance learning plans beginning Monday. He planned to announce more details later Wednesday.

Walz had held off on issuing the order because he wanted to see data and modeling on whether it would make enough of a difference to justify the disruptions.

That modeling showed that increasing residents’ social distancing from the current 50% to 80% would push the peak of the pandemic in the state back to 14 weeks instead of nine, and delay the peak load on intensive care units from six weeks to 11 weeks.

Minnesota has just 235 adult ICU beds at the moment. Walz said the order will buy time to transform arenas and stadiums into hospitals, stockpile ventilators and build up ICU capacity.

“Minnesotans, we’re in this together. I’m asking you to buckle up for a few more weeks here,” he said.

Several other states and countries have issued similar orders to keep people at home as much as possible and close all nonessential businesses. Most states that have imposed such restrictions have allowed people out to go to supermarkets, pharmacies and doctors, or outside for exercise. They’ve also made exceptions for workers deemed essential.

The state’s count of confirmed COVID-19 cases rose to 287 on Wednesday, up 25 from a day earlier, with 26 hospitalized cases, up 11 from Tuesday. Officials have stressed that the real total of Minnesota residents with the disease is much higher because many people don’t qualify for testing. But more than 11,000 people have now been tested in Minnesota, the Health Department said.

For most people, the new coronavirus causes mild or moderate symptoms, such as fever and cough that clear up in two to three weeks. For some, especially older adults and people with existing health problems, it can cause more severe illness, including pneumonia, and death.

Minnesota lawmakers were preparing to return to the Capitol on Thursday to beef up the state’s fight against COVID-19 and help residents cope with the economic hardships. Details of the relief package have not been announced.

Democratic legislative leaders expressed support for the governor’s move, but Republican Senate Majority Leader Paul Gazelka said in a statement that he has “grave concerns about the Governor’s statewide Stay-at-Home order, and the consequences for the families of Minnesota when their jobs and businesses that provide their livelihood are lost.”