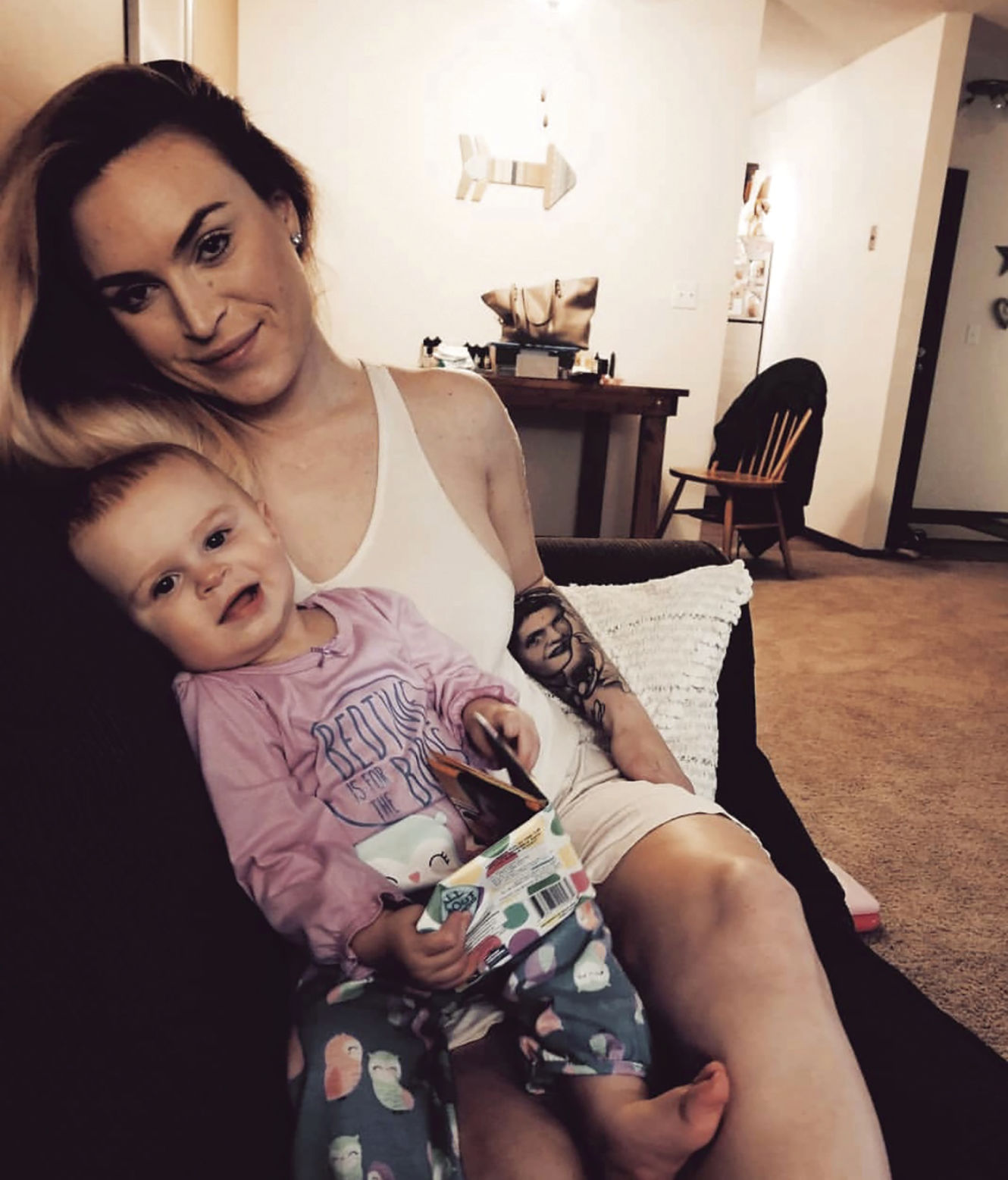 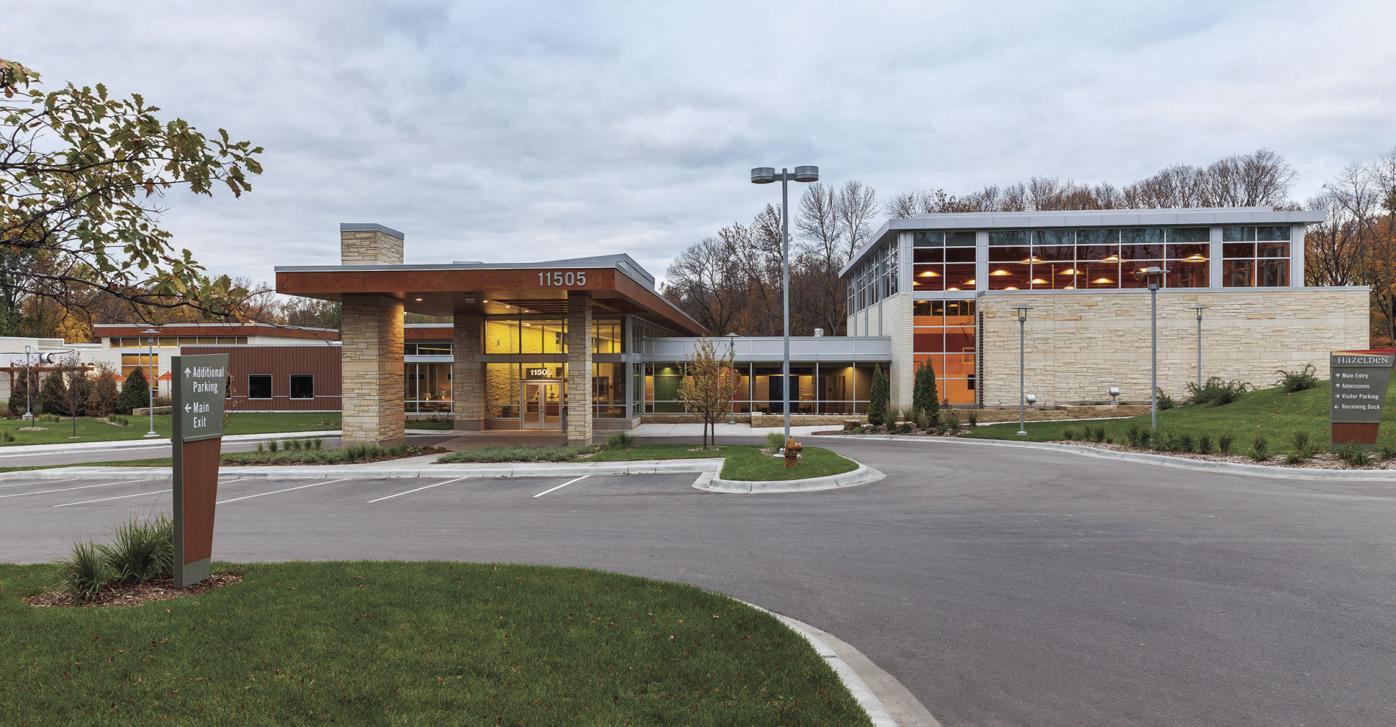 Hazelden Betty Ford, with 17 treatment centers across the country (Plymouth location shown), has designed and implemented COR-12, a medicine-assisted

treatment model, in response to the opioid crisis. 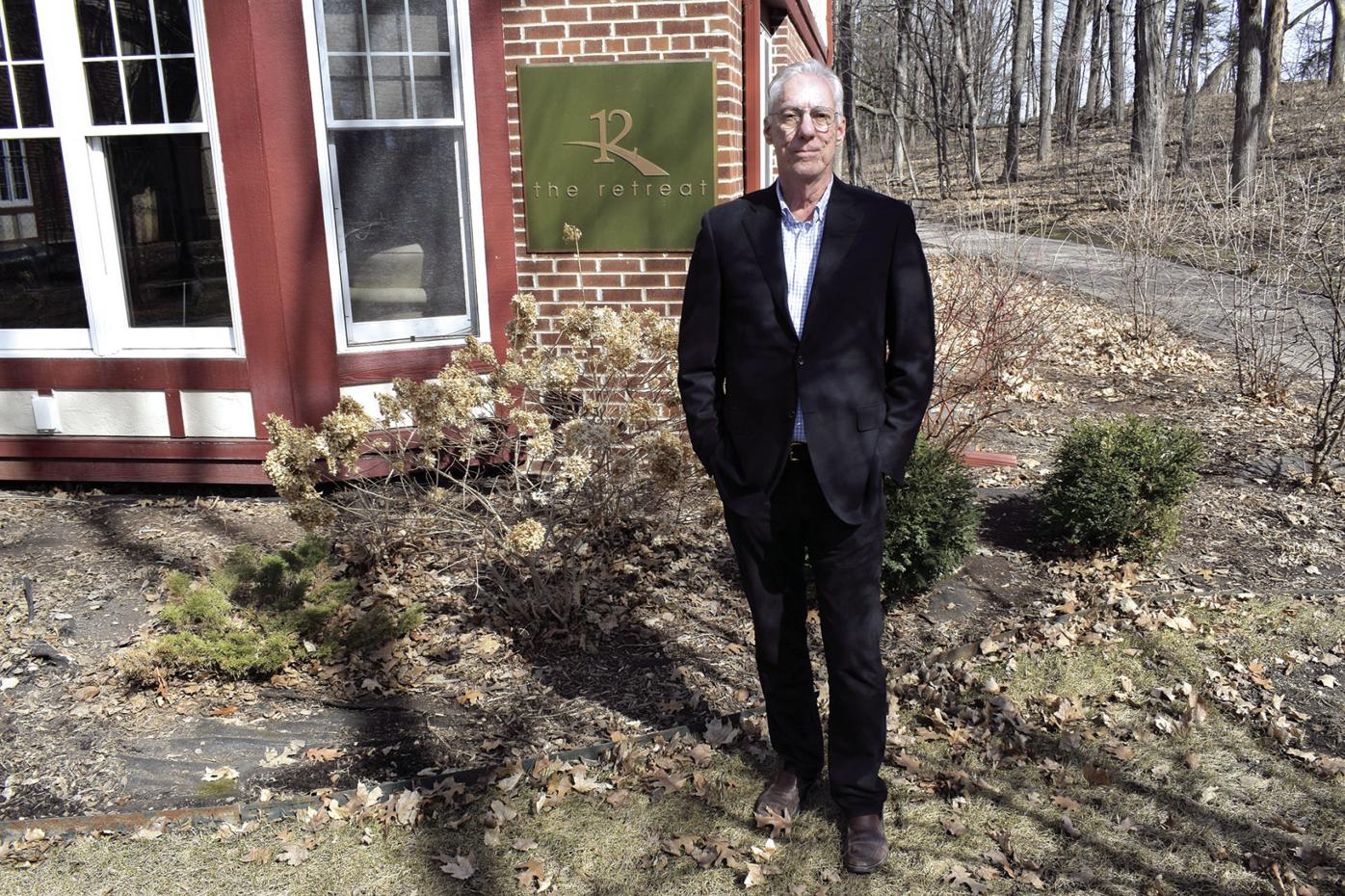 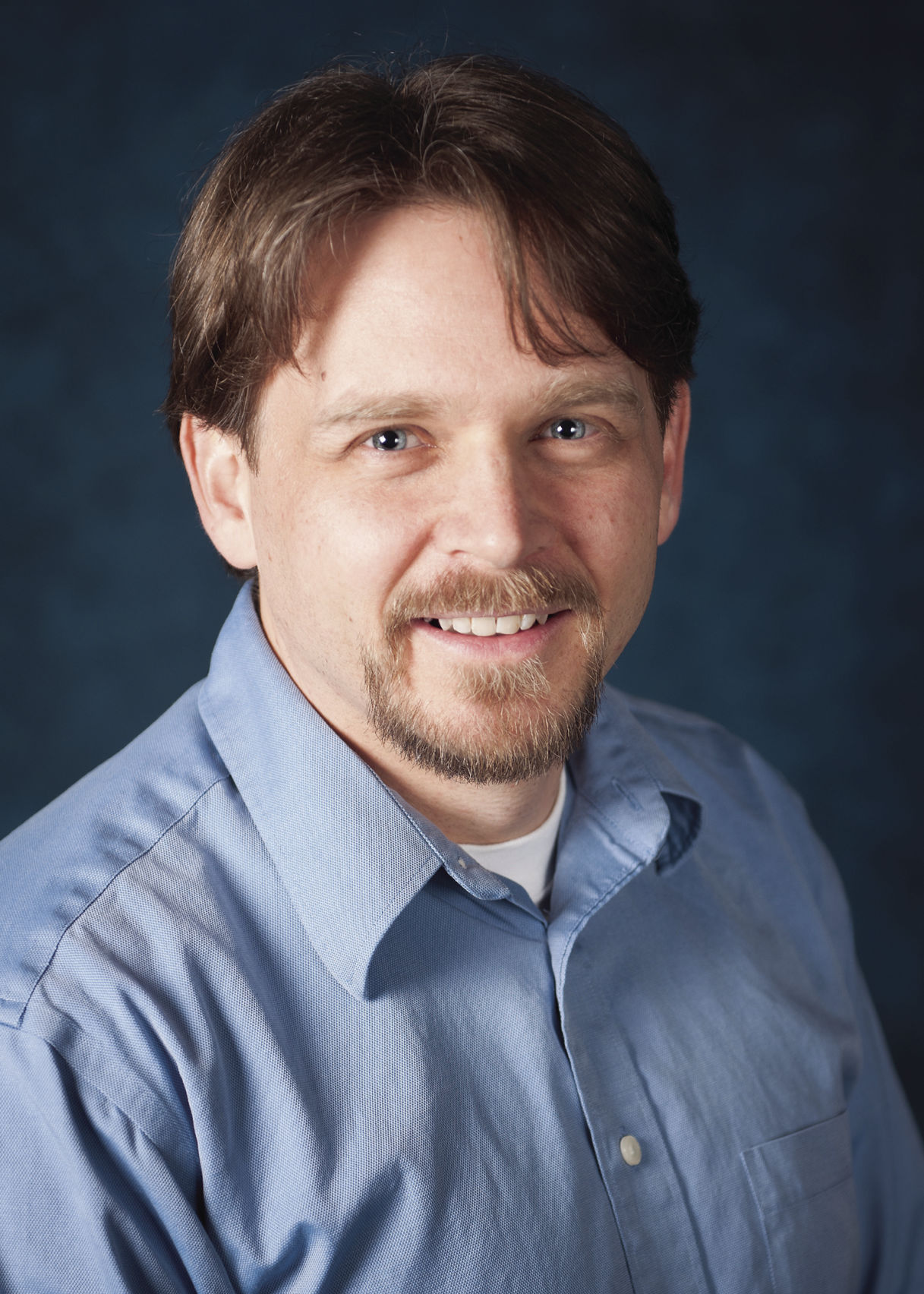 Hazelden Betty Ford, with 17 treatment centers across the country (Plymouth location shown), has designed and implemented COR-12, a medicine-assisted

treatment model, in response to the opioid crisis.

Surgery to remove wisdom teeth led to a painful journey for Andrea Seiden, a St. Paul resident who struggled with addiction for years but has become a recovery advocate at the Wayside Women’s Treatment Center in St. Louis Park.

The New York native received a prescription for pain relief as a teenager about a decade ago. She began buying and using Oxycontin daily. Because of the expense of and difficulty obtaining the pills, like many opioid addicts, she turned to heroin.

As the addiction worsened, she moved from the East Coast to Minnesota for treatment at the Hazelden Betty Ford Foundation. After leaving the program, she moved into a sober house but did not stay sober.

She became pregnant and stayed clean temporarily, but it didn’t last.

“One night, I was 14 weeks pregnant, and I went out and I decided to use,” she said.

That same day, authorities placed her on a civil commitment, which led her to Wayside. She called the three-month program very beneficial, but afterward, she used drugs again with her partner. She was about eight months pregnant, and child protection services staff became involved immediately. Her daughter went into foster care after Seiden gave birth.

Even after losing custody of their daughter, she and her partner continued to use opiates until they both decided they wanted to quit.

“I did it because I just didn’t want to do it anymore,” Seiden said. “Addiction brought me to some really bad places.”

She added, “I had a plan to stop every day. Like, every night, I’d say ‘OK, this is it, this is the last time I’m going to do it.’ And then the next day I’d get up and I’d start getting sick, and I’d use again. It’s just this awful process.”

She returned to Hazelden.

“The only reason that I ended up staying sober this time around was because I gave up,” Seiden said. “I literally did everything anybody told me to do that knew anything more than I did.”

She entered a sober house for six months and undertook outpatient services every day for about nine months. Meetings remain a large part of her life, she said.

“That is how I remain sober, and a big part of that is because of letting go and not being in control and knowing that there’s that, as we say, power greater than ourselves that is, you know, in control,” she said.

Seiden and her partner regained custody of their daughter after treatment. “She’s beautiful and healthy,” she said of her 2-year-old.

As Seiden works at Wayside, she is also in school to earn her license for drug and alcohol counseling.

The Hazelden Betty Ford Foundation, with 17 addiction treatment centers nationwide, has designed and implemented a medicine-assisted treatment model for patients with opioid use disorder called Comprehensive Opioid Response with the Twelve Steps, known as COR-12.

Results of this treatment have been promising, said Tim Helmeke, program manager at Hazelden Betty Ford’s Plymouth campus, specializing in addiction treatment for those ages 12 to 25.

What Hazelden staff members found was that a lot of opiate addicts would come into treatment and leave within five or six days against staff advice.

“Obviously, it’s hard to receive any sort of treatment in that short period of time,” Helmeke said, and part of it was because of some of the withdrawal symptoms they were going through.

“We really started to pay attention to those symptoms and cases,” and began to look for a more effective form of

In 2013, the introduction of COR-12 came with a major shift in the use of medications, specifically Suboxone and Vivitrol, to ease the withdrawal symptoms. Some patients stay on Suboxone for up to 18 months into their recovery.

Combining medication with the 12 steps and therapy has garnered the best results for treating opioid use disorder, he said.

Preliminary results from the first COR-12 pilot study are promising, showing patients with opioid use disorder are staying engaged with treatment services and recovery longer. The study included 259 patients at Hazelden’s Center City treatment center, from June 2013 to June 2017. The study is currently under review at a peer-reviewed scientific journal.

Some of the highlights include that almost all patients in the pilot completed residential treatment and nearly 75 percent stepped down to another program and that continuous abstinence rates overall were very high at one month and six months. The majority of patients were successfully induced on medications during residential treatment and many reported complying with them during the six-month follow-up period. This suggests a high-level of engagement with medications for patients with opioid use disorder, and shows it is “extremely” feasible to administer medications for opioid use disorder within a 12-step-oriented environment.

Tucked away in Wayzata’s Big Woods forest preserve is a program that takes a non-clinical, community approach to addiction recovery.

For 21 years, The Retreat has worked to provide a supportive environment for the 24,000 people who have gone through its recovery program for alcohol and drug dependency.

The approach was borne out of seven years of discussion at The Basilica of St. Mary in Minneapolis. A group of leaders in the treatment and medical fields, as well as members of the nonprofit organization the Community of Recovering People, met to develop a program around the idea that recovery happens when a program connects people who want recovery with people who are successfully living in recovery.

“We said, ‘Let’s strip it down to the very basics.’ What could we do to create a nurturing environment and provide people with accurate information about the problem of addiction and a solution and keep it affordable?” said John Curtiss, co-founder, CEO and president of The Retreat.

The Retreat’s residential program is $5,400 for 30 days, and there are partial scholarships available.

Curtiss, who had worked for the

Hazelden Foundation for 20 years before starting The Retreat, said the approach is different in that it’s a supportive-educational model that is community-based rather than a medical model that creates a biopsychosocial social assessment, which Curtiss said is the most expensive part of treatment.

While The Retreat is not a substitute for psychotherapy, medical or clinical treatment, the program’s approach, Curtiss said, creates a residential recovery program for those who know they have an alcohol and/or drug dependency problem, are motivated to recover and are physically and psychologically stable.

“We complete a screening process before somebody comes in to make sure that they’re right for this model of care,” Curtiss said, adding that 80 percent of guests have been to one to five previous treatment programs.

A majority of guests are there for alcohol recovery, Curtiss said, with 7-10% in recovery from opioid addiction.

According to a 2017 evaluation, around 54 percent of guests reported not using substances since leaving the residential program.

The Retreat’s minimum length of stay is 30 days at the 170-bed center in Wayzata, but people may extend their stay as needed. The Retreat also has five long-term sober-living residences in the Crocus Hill area of St. Paul.

Instead of counselors, The Retreat enlists the help of more than 400 volunteers who are in recovery to direct the curriculum, which is grounded in the Twelve Step principles of Alcoholics Anonymous.

“When you’re here as a guest, you’re meeting all these people from the community who are coming in saying, ‘This is what I did to learn how to be happy and sober,’” Curtiss said.

The Retreat is also working to replicate its model elsewhere, Curtiss said, with he and other leaders helping to write business plans for 12 locations around the world.

“Our goal is to see how many beds we can create around the world that make recovery more affordable and see if we can play some role in saving lives,” he said.