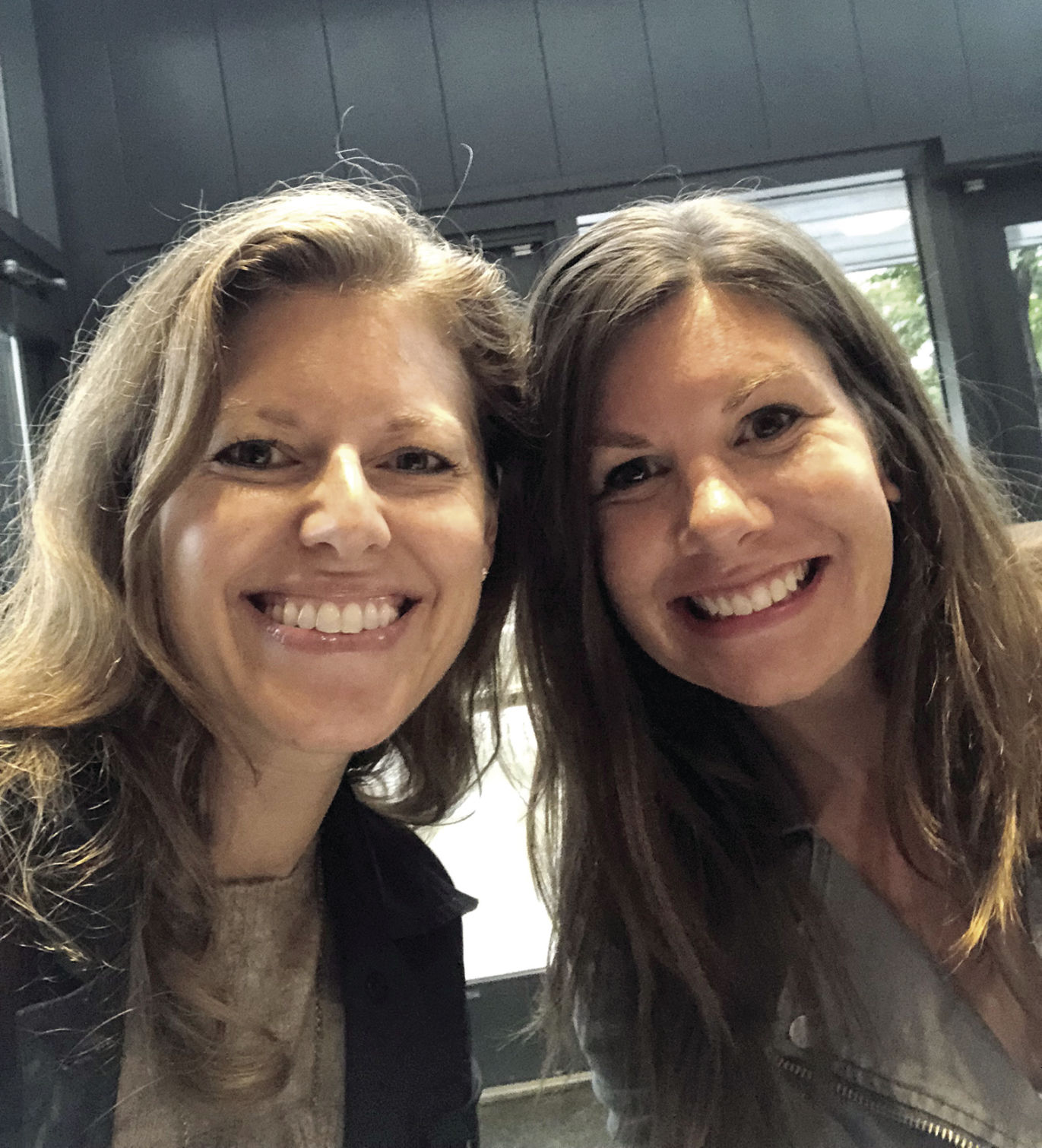 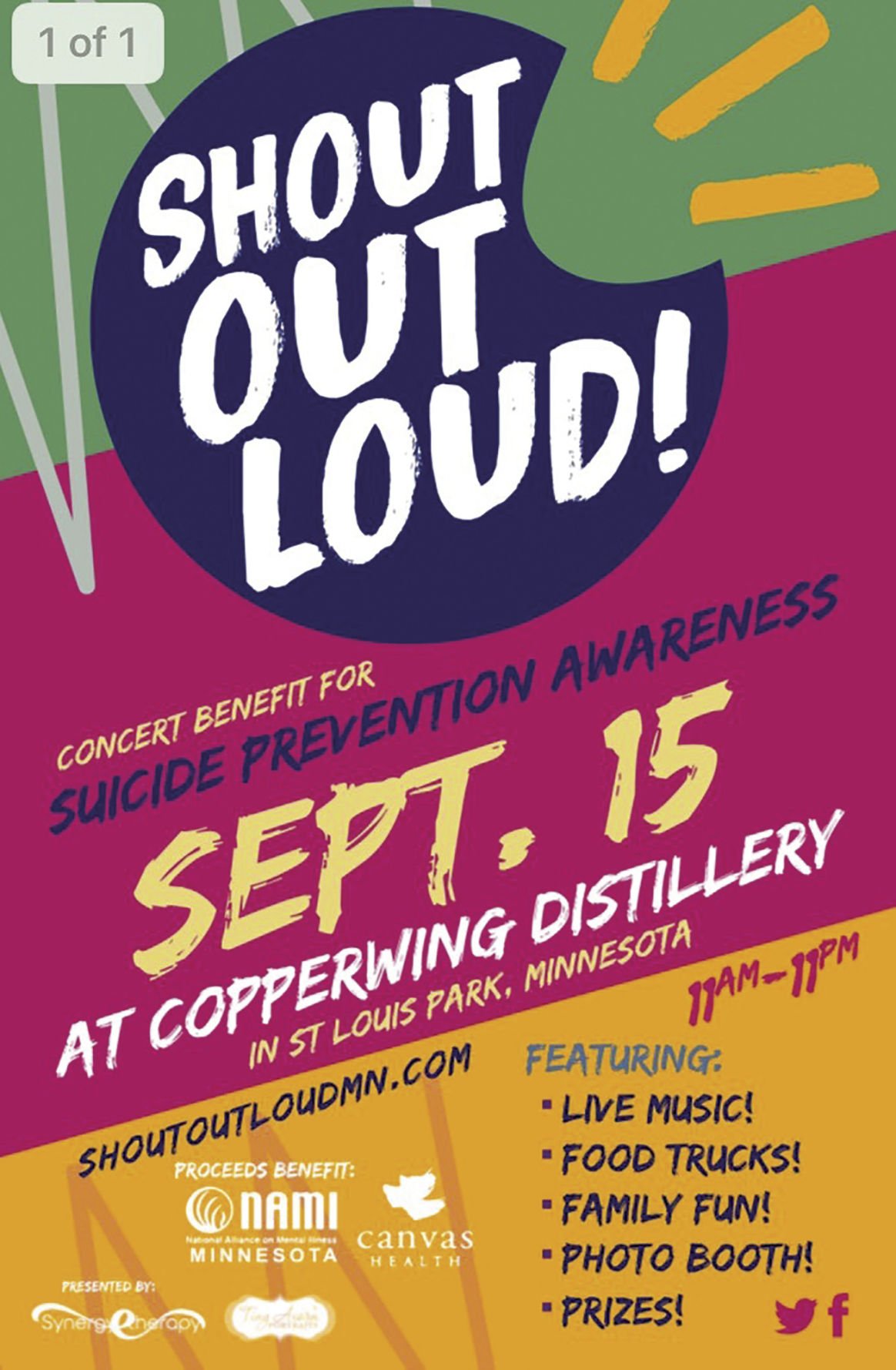 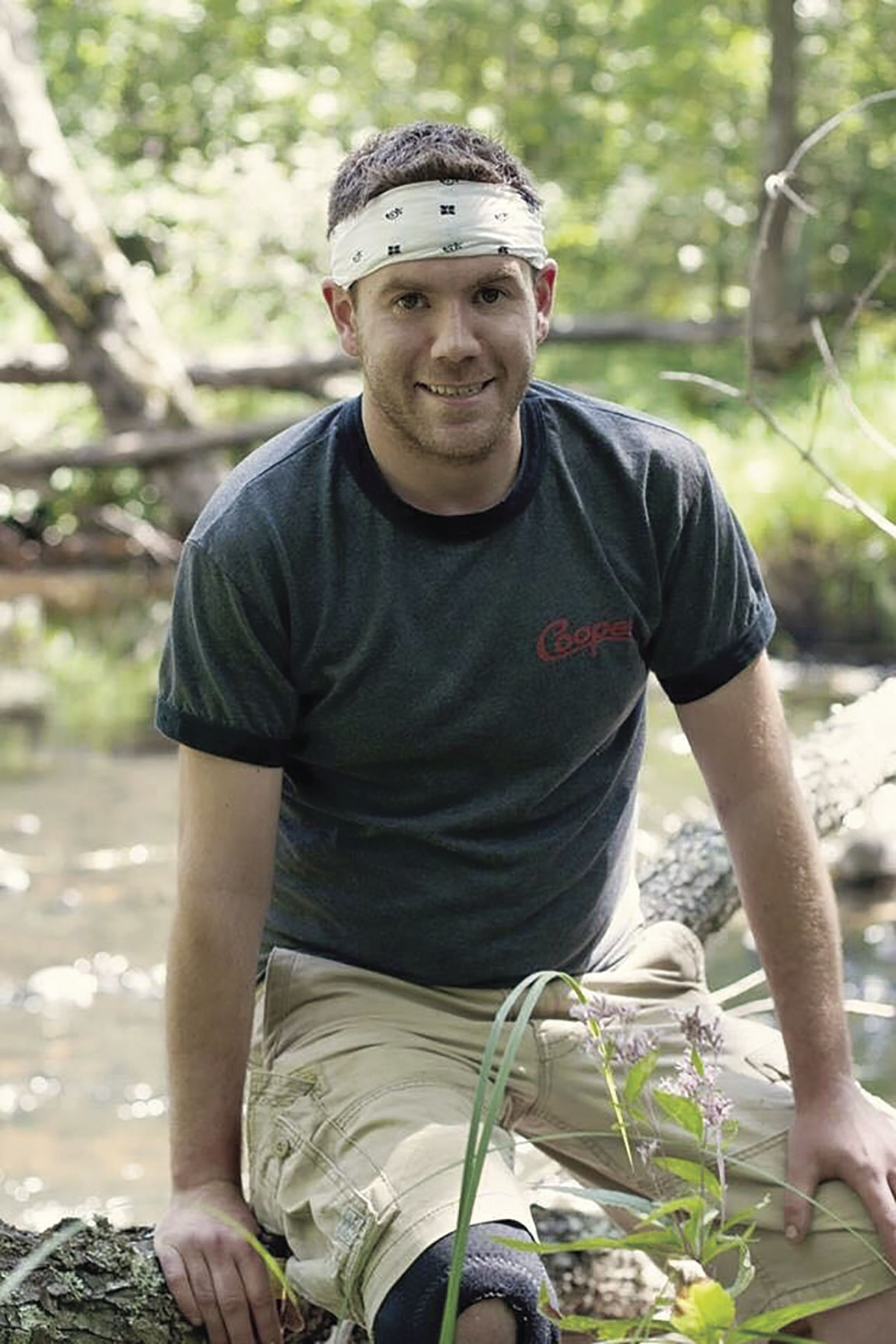 A discussion between a clinical psychologist and a portrait photographer prompted a desire to help people talk about suicide prevention.

During a discussion about the online mental health group practice in which therapy is conducted by phone or video, Dizon told Herman that her brother, Aaron Dizon, had died as a result of suicide four years ago.

As Dizon and Herman talked to each other and learned from each other, Herman said, “It just felt right to do something given her loss and what my business was about. We wanted to just help other people.”

The idea for a big, all-day event came together.

“We did not go lightly on the time frame, but we had so many people helping and involved we were able to do it,” Herman said.

A Centers for Disease Control and Prevention report released in June prompted media reports about the importance of the issue in Minnesota. According to the report, the suicide rate in the state increased more than 40 percent between 1999 and 2016, with 745 suicides in Minnesota in the final year covered by the report.

Nationwide, rates increased by more than 30 percent in half of the states. Nearly 45,000 people died by suicide across the country in 2016, according to the CDC.

“Suicide is the 10th leading cause of death and is one of just three leading causes that are on the rise,” the federal agency said in a statement.

CDC Principal Deputy Director Anne Schuchat added, “From individuals and communities to employers and healthcare professionals, everyone can play a role in efforts to help save lives and reverse this troubling rise in suicide.”

Herman and Dizon began planning Shout Out Loud the same month the CDC released its report.

“We want to help people know they can talk about it,” Herman said. “They can shout out loud about it. We can talk to people we love if we’re struggling and get people more comfortable with the difficulties that go along with mental health issues, with chronic pain, with substance abuse. It all goes hand-in-hand with suicide.”

They hope that by talking about suicide at the event, people will feel more comfortable seeking professional help when they need it in the future.

Dizon noted that she and her brother grew up in St. Louis Park, and Herman previously lived in the city.

“Keeping it in the Park was so important to me,” said Dizon, who added that her daughter attends Peter Hobart Elementary School in St. Louis Park. “Our community has been affected so severely by suicide, just here in St. Louis Park and communities nearby.”

Everyone involved in Shout Out Loud is volunteering time for the event, including the bands, the website designer and the stage manager.

“Just a couple of months and it turned into this huge, huge thing,” Dizon said. “It’s a total grassroots movement.”

Her brother was a musician, she said.

“He was also a big fan of the Minnesota music community,” she said. “He went to a lot of shows and was well-known in the community.”

His friends put on a benefit at the Cabooze in Minneapolis after his death to benefit the Crisis Connection, a Minnesota-based phone line used by thousands of people each year. The line closed at the end of June after federal funding ended, but the National Suicide Prevention Lifeline is still available at 1-800-273-8255 (TALK).

The event organizers had planned to support the Crisis Connection through the event originally but shifted their focus after the Minnesota line closed. The two nonprofits they chose will be able to use the money to support existing programs aimed at suicide prevention. Organizers set a goal of raising $10,000 through Shout Out Loud.

“We’ve almost hit our goal and the event hasn’t even happened yet,” Dizon said, pointing to the help of sponsors.

A raffle featuring donated prizes, like a diamond necklace from Continental Diamond and a bowling party at Park Tavern, will raise more funds. There is no admission to attend Shout Out Loud, but donations of any amount will be accepted.

Comedian Chris Shaw, who is also a mental health advocate, will be the master of ceremonies for the event. Attendees can participate in a workout with a Lifetime Fitness personal trainer, engage in a self-defense class and bring a mat and join a yoga session. Other highlights include a break-dance performance and a reunion of the 1990s band Pleasure Pause, made up of St. Louis Park High School alumni. Adam Levy will perform the last set of the night.

A resource table will offer ways to improve wellness. Speakers like Mark Meier of The Face It Foundation and with the National Alliance on Mental Illness-Minnesota and Canvas Health will appear during the day.

Although Copperwing Distillery will offer specially prepared alcoholic and nonalcoholic drinks inside the business for the occasion, the organizers said the Shout Out Loud activities will be family friendly. For example, face-painting will be available, and Tiny Acorn Portraits will host a photo booth for selfies.

“It’s really just a fun day for everybody to just get together, be together in the community and support this amazing cause, and also let our children know it’s OK to talk about mental wellness,” Dizon said.

Herman added that children and youth can learn through the event that when life becomes hard they can find ways to cope that benefit them.

Dizon chimed in, “The adults are going to enjoy themselves as much as the kids.”

To learn more about the organizers’ businesses, visit synergyetherapy.com and tinyacornphoto.com.