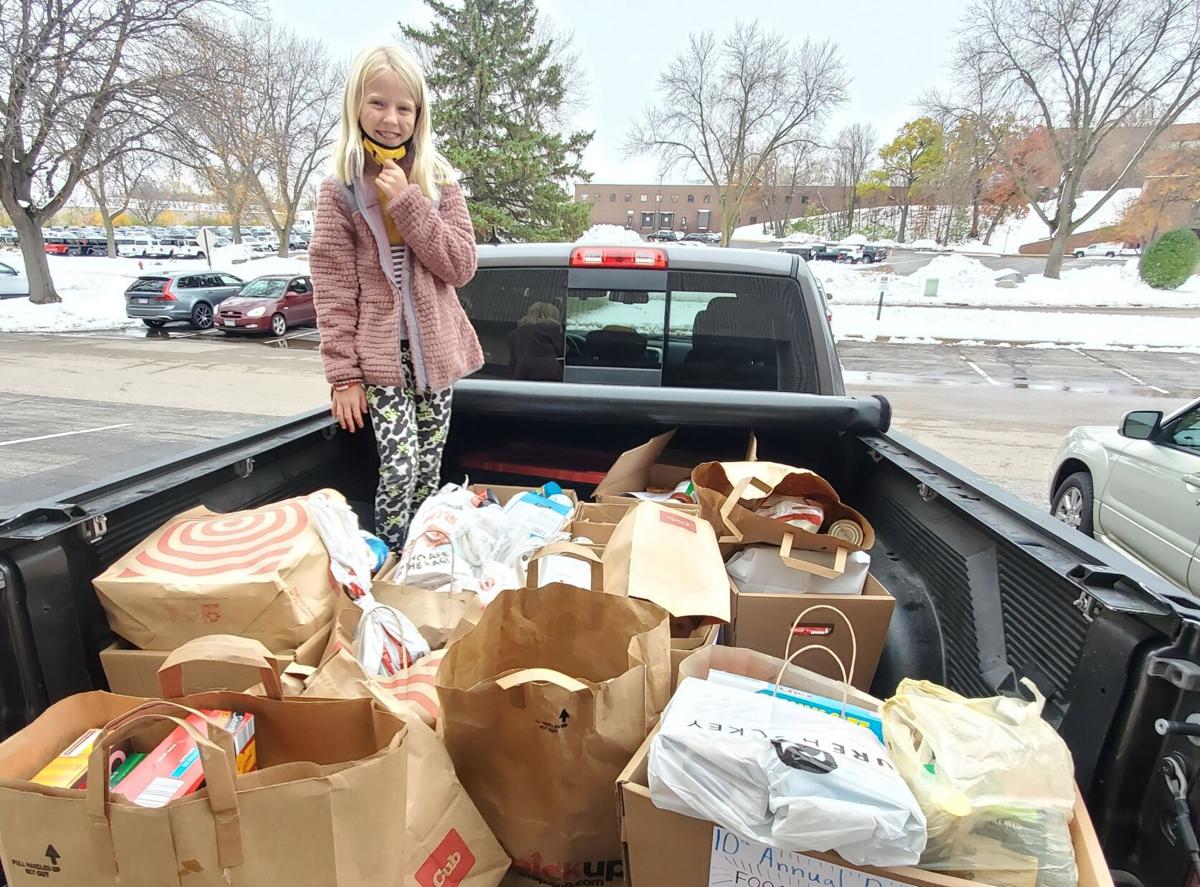 Zoey Busch with the donations she collected as part of her 10th annual “Don’t Get, Give” birthday fundraiser. 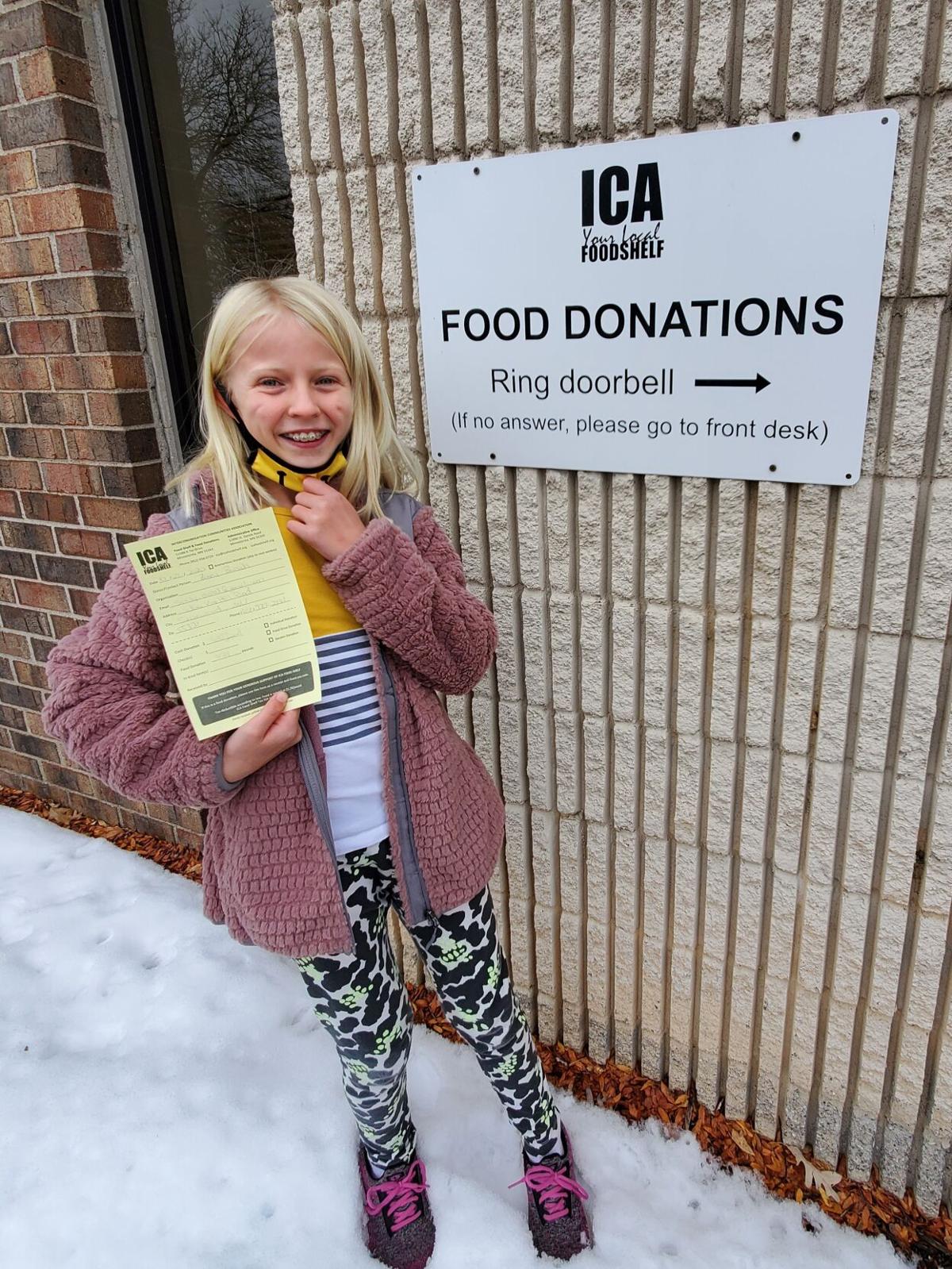 A fifth-grader at Deephaven Elementary, has celebrated her 10th birthday by collecting food and cash donations for the ICA Food Shelf, a tradition her parents Sandy Dostal and Darin Busch began on her first birthday. It started as a way for her parents to reduce the number of toys she would otherwise get and instead, use it as an opportunity give to those less fortunate. It has since turned into a gift 10-year-old Zoey Busch has fully embraced.

Last winter, the Sun Sailor met Zoey to learn about her “Don’t Get, Give” birthday fundraising campaign in which she collected the most donations ever with 745 pounds. This year, despite the ability to have a birthday party due to the pandemic, Zoey still found a way to collect donations. This included a few video pitches, and setting up drop-off boxes at her school, at Excelsior fire stations and at home.

Her fifth-grade Pods also came together raising 333 pounds of her the overall 421 pounds and $610 (ICA equates to 779 pounds of food) collected. Her grand total for the 10 years is 5,210 pounds of food and $1,430. Ultimately, Zoey said she hopes other kids have their own Don’t Get, Give birthday parties because that means even more people will be helped. Good news is, Zoey got her wish after recently receiving a birthday invite from a friend requesting food donations rather than gifts, and attributing the idea to Zoey. Way to go, Zo! Info: icafoodshelf.org