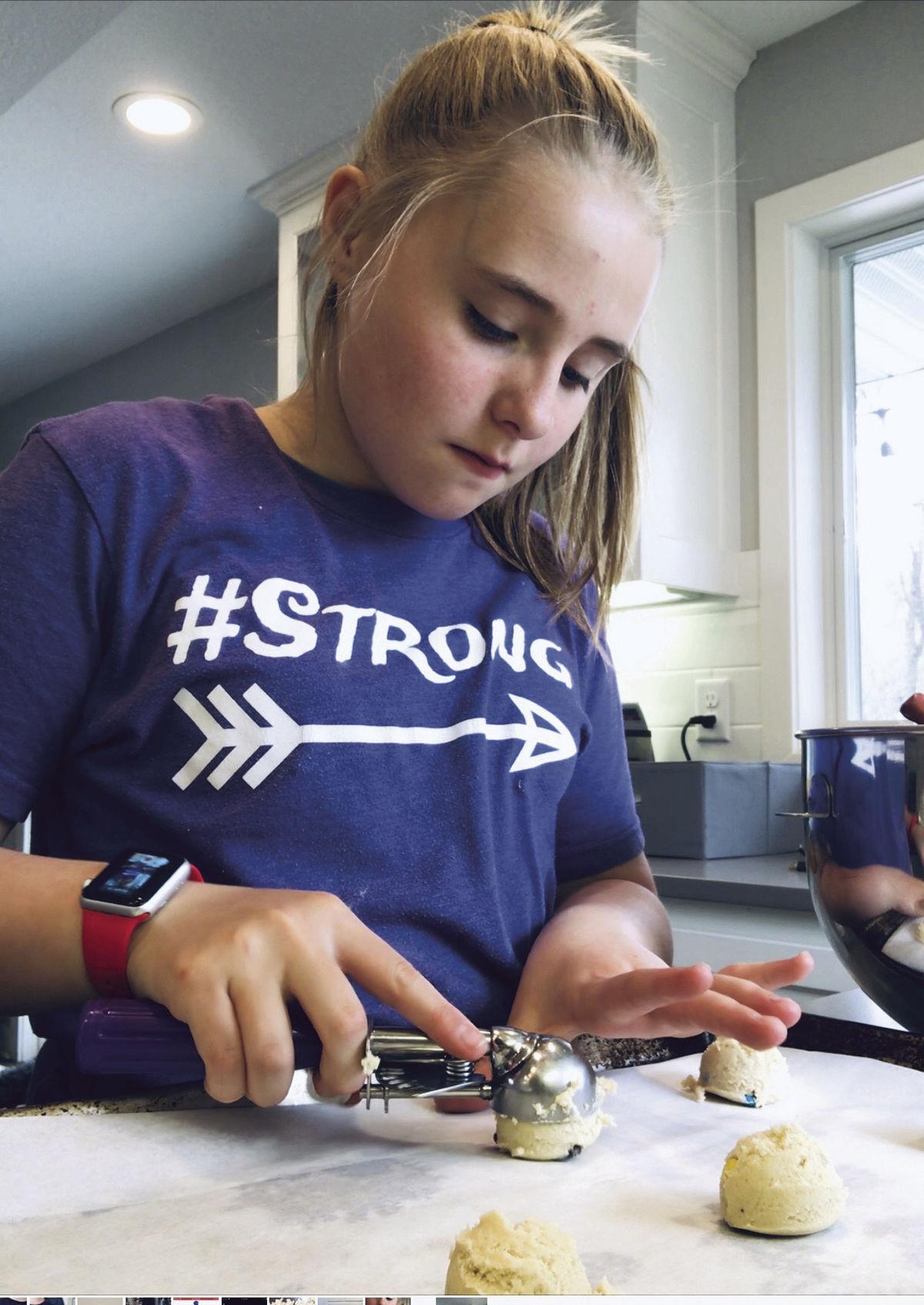 Cece Rasmussen, 12, of Minnetonka, bakes cookies for her mail carrier after learning about the financial hardships of the U.S. Postal Service. (Submitted Photos) 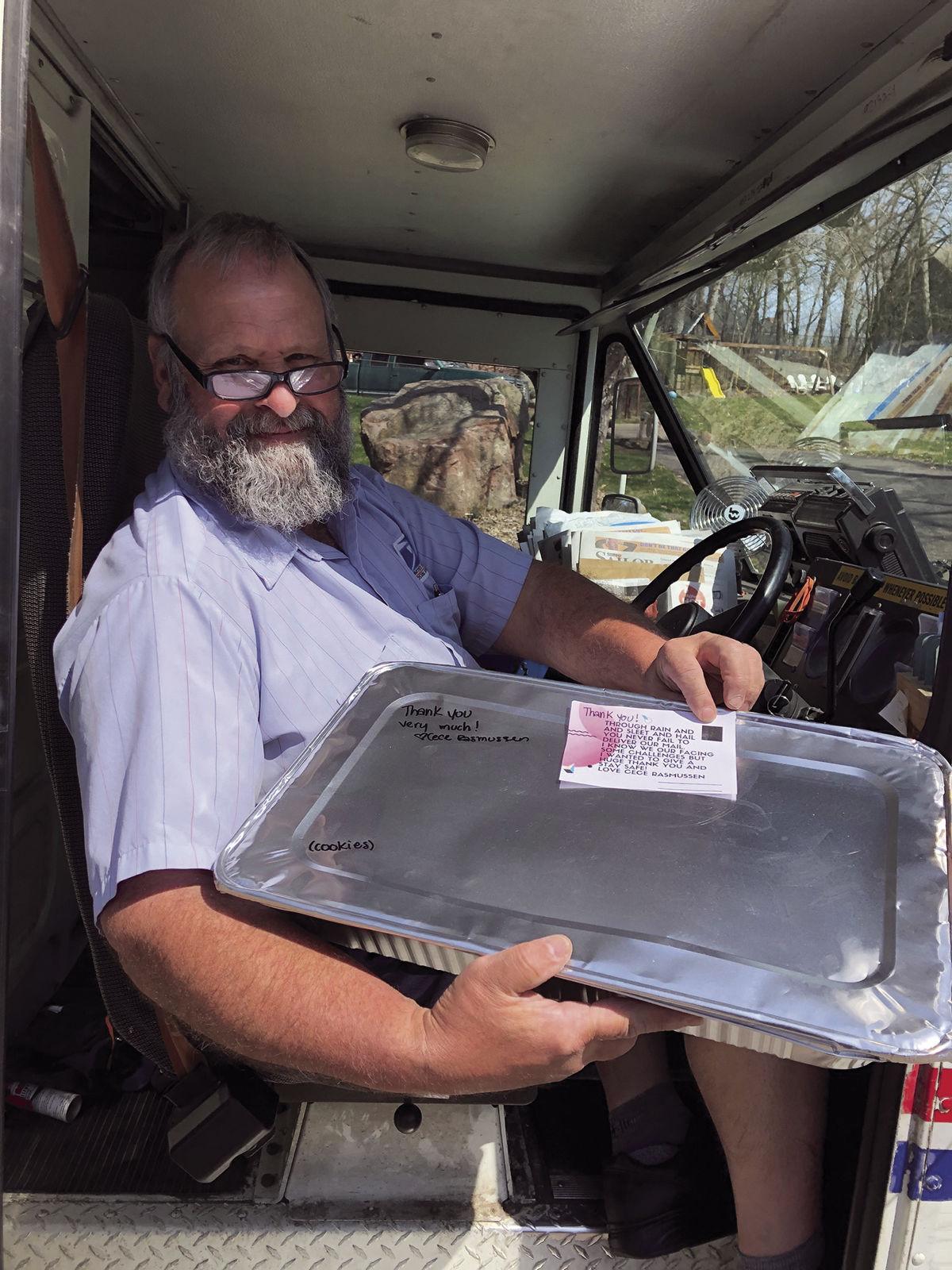 Minnetonka mail carrier Bob Schumacher with a box of cookies made by 12-year-old Cece Rasmussen of Minnetonka. 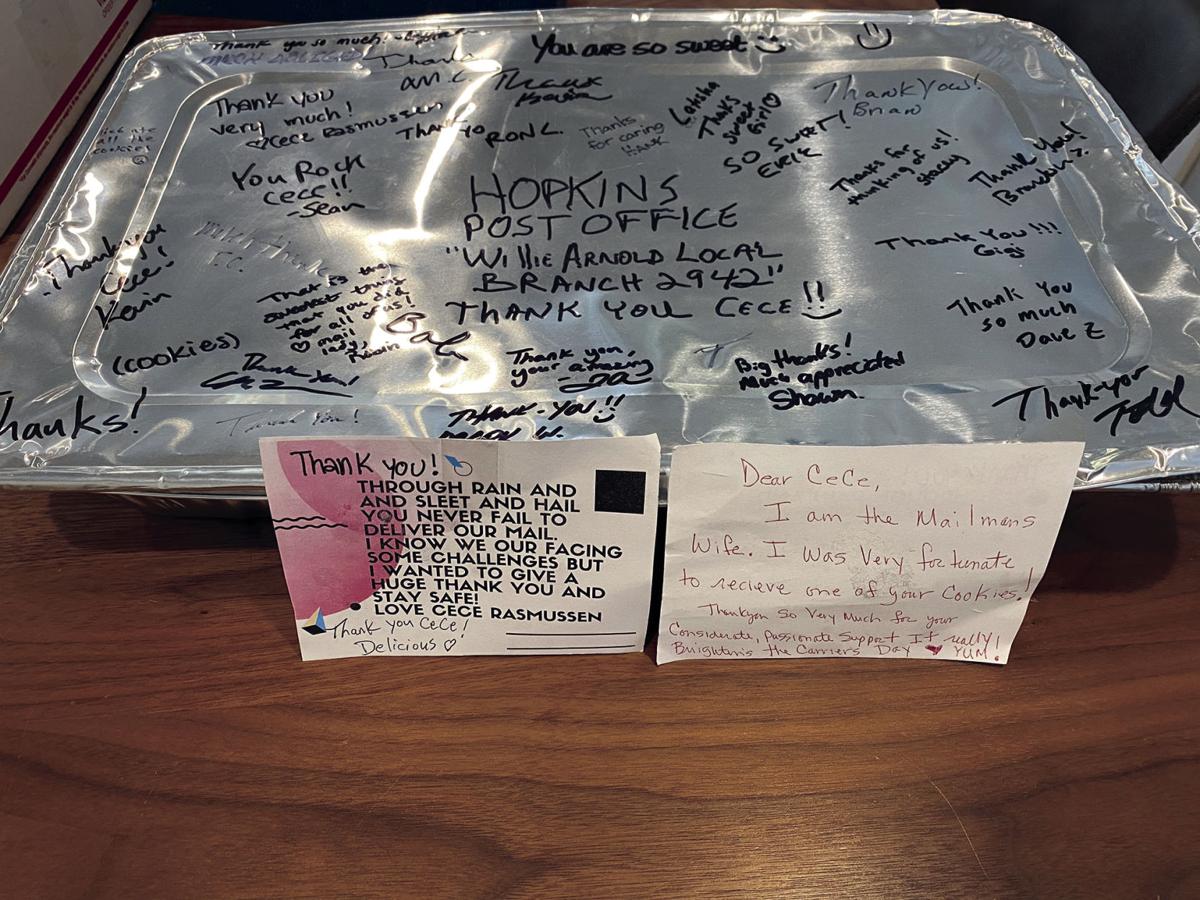 Bob Schumacher, his wife, and other mail carriers wrote thank you notes to Cece Rasmussen for her act of kindness.

Cece Rasmussen, 12, of Minnetonka, bakes cookies for her mail carrier after learning about the financial hardships of the U.S. Postal Service. (Submitted Photos)

Minnetonka mail carrier Bob Schumacher with a box of cookies made by 12-year-old Cece Rasmussen of Minnetonka.

Bob Schumacher, his wife, and other mail carriers wrote thank you notes to Cece Rasmussen for her act of kindness.

As with so many operations, the U.S. Postal Service has also been experiencing the financial effects of the pandemic.

“The sudden drop in mail volumes, our most profitable revenue stream, is steep and may never fully recover,” stated Postmaster General & CEO Megan J. Brennan in a statement April 10.

After hearing these news reports, 12-year-old Cece Rasmussen of Minnetonka decided to do something sweet for her mail carrier, Bob Schumacher, a longtime carrier in the Minnetonka area who has worked out of the Hopkins Post Office for 26 years.

Rasmussen, a Tanglen Elementary sixth-grader, likes to bake, an interest she developed by helping her father, Michael, in the kitchen for his catering business, Chef Rassy Catering.

Cece is also known to be a “huge helper,” said her mom, Kelly. “She is just one of those kids who likes to do things for other people.”

She is also known to take initiative, which was why her mom wasn’t too surprised to come into the kitchen one morning last month to find Cece baking cookies.

“My mom had no idea,” Cece said of her intentions to make cookies for their mail carrier.

Cece said she likes to get in the kitchen before her parents start using it for the business. She also knew she needed to have her gifts baked and individually wrapped before her mail carrier came, which is typically between 11 a.m. and 1 p.m. on any given day.

Her sweet gesture was all planned out, complete with a note that read:

“Through rain sleet and hail you never fail to deliver our mail. I know we are facing some challenges but I wanted to give you a huge thank you and stay safe! Love Cece Rasmussen”

She then delivered the box of cookies to Schumacher upon his arrival.

Schumacher has noticed other kids doing extra special things these days, including thank you notes.

“It just uplifts one’s day no matter what it is,” he said.

Though he joking told Cece he was going to eat all the cookies, Schumacher did share them with his fellow mail carriers when he got back to the post office. They, too, were pleased with her generous treats, and many wrote her notes to thank her on top of the disposable container lid, which Schumacher returned to Cece.

When asked how it feels being able to make someone else’s day through a simple act of kindness, Cece replied: “It’s pretty cool.”