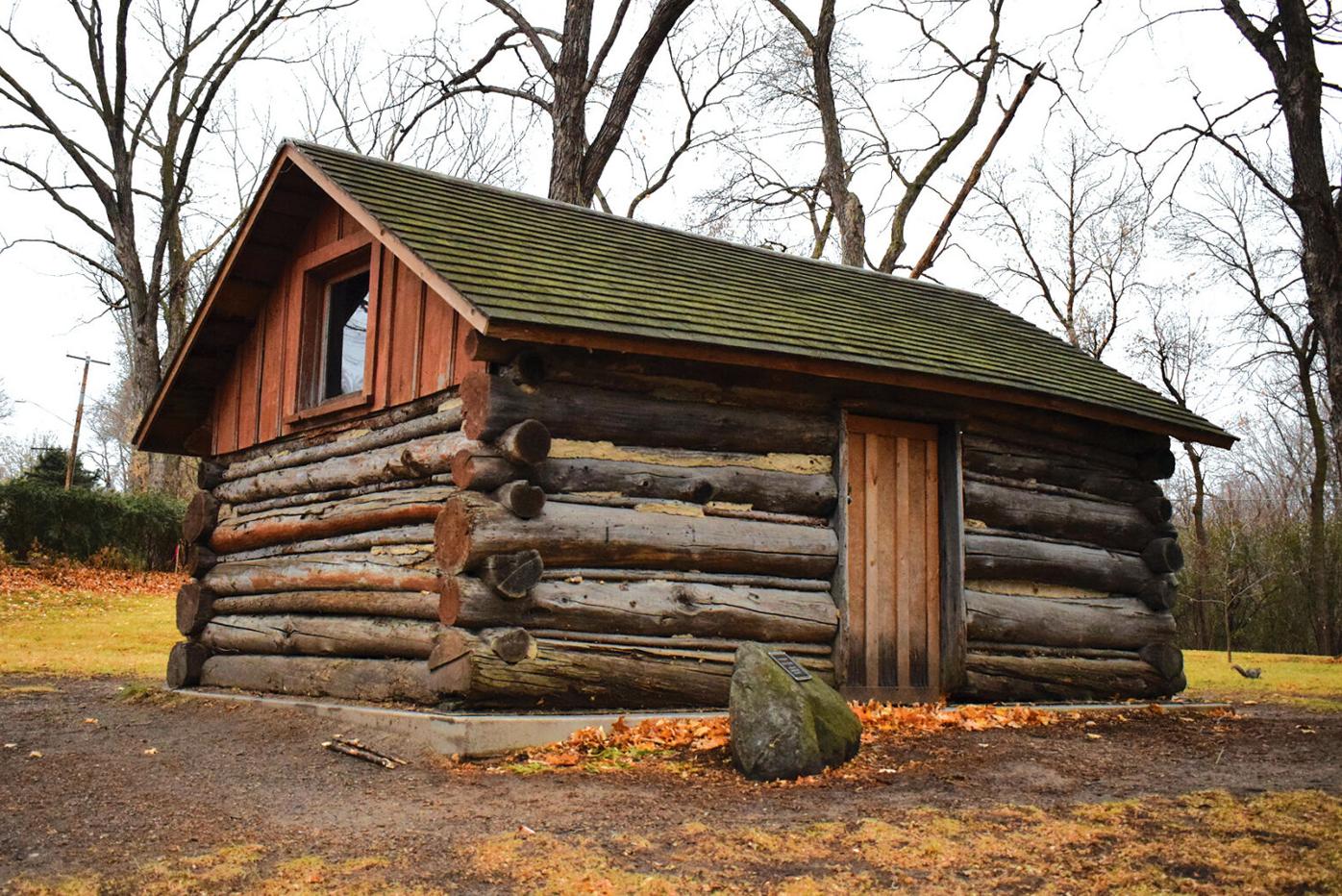 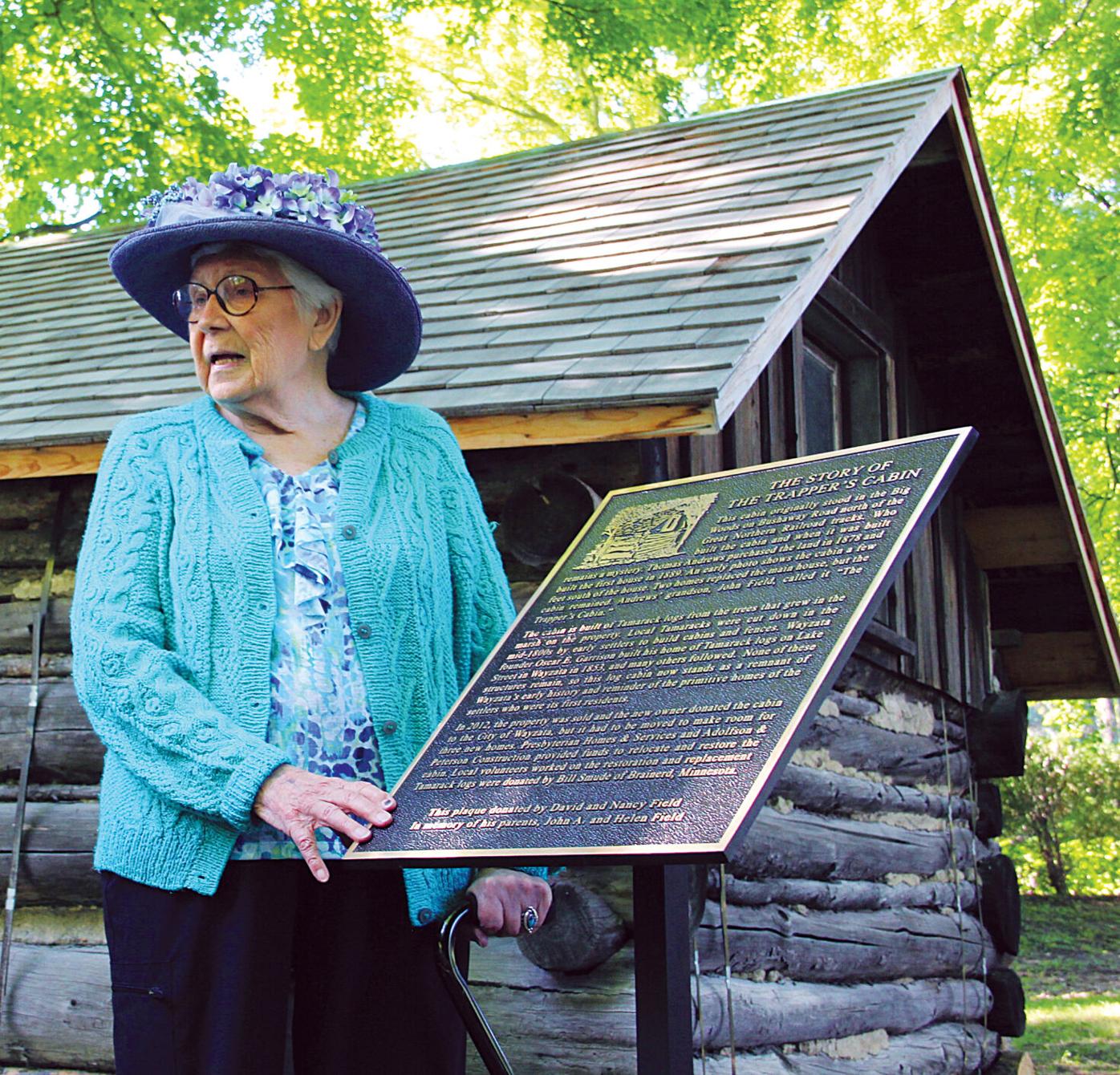 Wayzata historian Irene Stemmer, pictured here in 2014, led the effort to save and preserve the Trapper’s Cabin. (Sun file photo by Jason Jenkins)

Local designation highlights the historical importance of the log structure

According to Assistant City Planner Nick Kieser, the local designation is reserved for areas, places, buildings, structures, districts or objects that have significant historic status.

Kieser said the application for the designation was submitted by the Wayzata Heritage Preservation Board and recommended for approval Jan. 25 by the city’s Planning Commission.

The request for the log cabin comes after a similar application, which was approved in early 2020, for the Section Foreman House. The lakeside house was built in 1902 by Great Northern Railroad as the residence for railroad foremen and their families as the railway continued to expand.

The latest preservation designation is meant to further highlight the historical significance of the 12x16-foot cabin, which is in Shaver Park after being moved from its original location on Bushaway Road. The cabin was moved in 2013 after the land where it was located was sold.

Wayzata historian Irene Stemmer, who died in 2019 at the age of 93, led the charge to save the cabin and preserve it as a local historical artifact. She insisted that the building be saved and convinced the developer to donate the log cabin to the city.

The cabin was built with tamarack logs, which grew in the marshes that surrounded Wayzata’s Big Woods and were used by early settlers to build their homes. Wayzata founder Oscar Garrison built his log cabin using tamarack logs in 1853, less than a year before platting the town. Many of the city’s marshes and wetlands were filled long ago to create usable land, eliminating the natural habitat for tamaracks.

As then-chair of Wayzata’s Heritage Preservation Board, Stemmer explained to city leaders the importance of the cabin as a reminder of the area’s first log structures. She also worked to secure the funding and resources needed to relocate the small building by convincing John Mehrkens, vice president for development for Presbyterian Homes and Services, to pay for restoration and the moving of the cabin. Her preservation efforts are remembered in a plaque mounted next to the cabin that reads, “Through the dedication of Irene Stemmer, this 19th century Trapper’s Cabin was saved in 2014.”

In a report by Pathfinder Cultural Resource Management, the Trapper’s Cabin is noted to be “one of a small handful of log buildings in the Twin Cities metropolitan area that have been preserved.”

During the council meeting, Wayzata Heritage Preservation Board Chair Dan Gustafson said the cabin is believed to have been built around 1850 and that a likely candidate for who built the structure is French Canadian pioneer John Bourgeois.

“It’s typical of a Lake Minnetonka pioneer structure,” Gustafson said. “It’s a well-preserved specimen and we believe it meets the eligibility criteria for designation.”

Heritage preservation sites receive an identification plaque and are recorded with the Hennepin County recorder’s office. If specific changes are to ever be made to the cabin, including any repairs, a site alteration permit will need to be approved by the City Council.

Before the Council’s unanimous vote to approve the cabin as a heritage preservation site, Councilmember Cathy Iverson applauded the efforts to hold onto and remember Wayzata’s past.

“The history of Wayzata is so vital and so important to our community, and so hats off and a great big thank you,” she said. “It’s awesome, amazing work. And I think as we move forward we should strive to save more of our history.”