A development application from Minnetonka-based Lake West Development details a concept plan to tear down the former TCF Bank building and construct a mixed-use development with two new, three-story buildings with a total of 35 condominium units, around 35,000-square-feet of commercial space and 164 stalls of underground parking. Pocket parks would also be established on the east and west ends of the property, with two plazas proposed throughout the property to help break up the mass of the buildings. (Submitted  image) 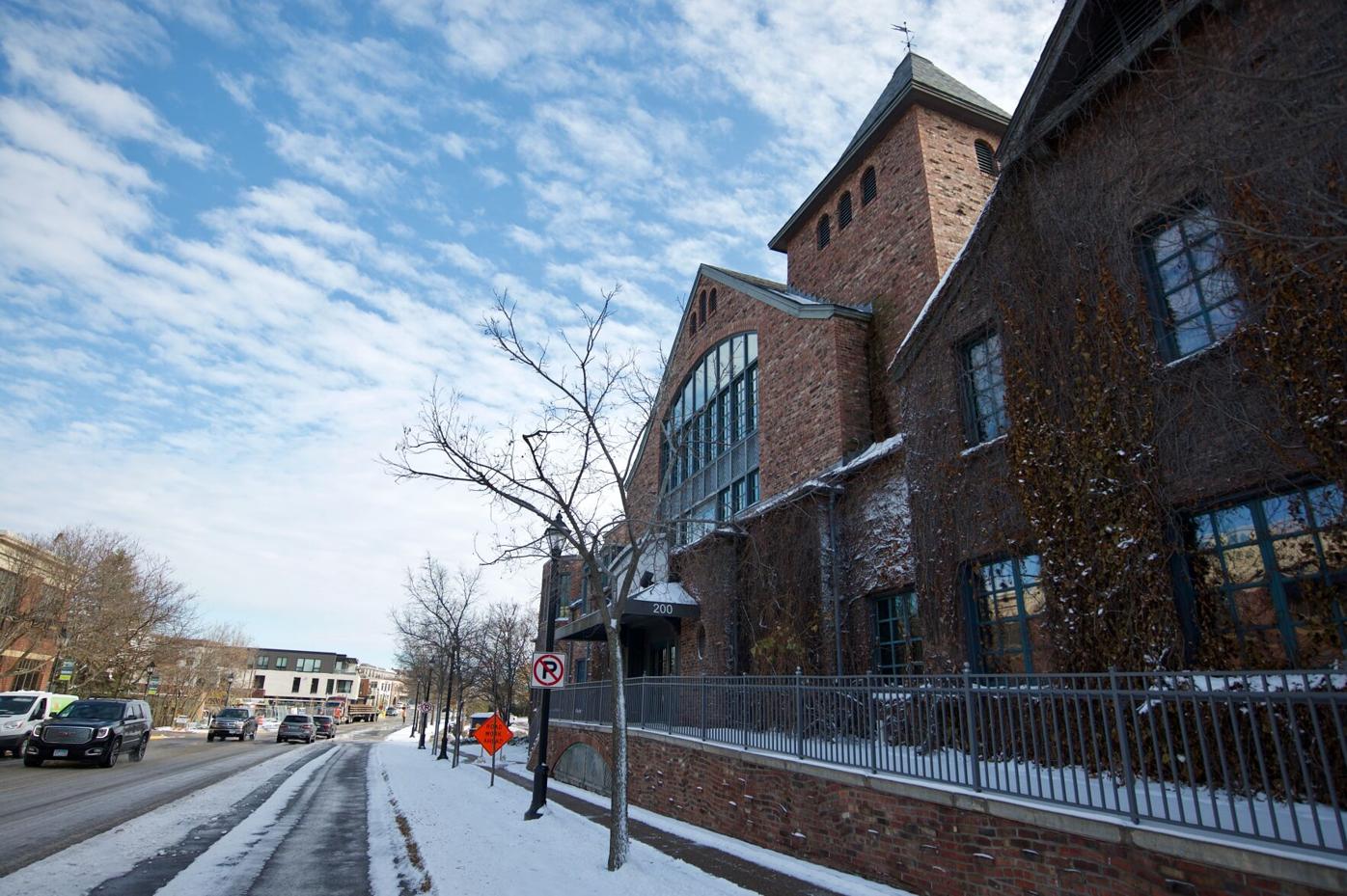 The development application from Minnetonka-based Lake West Development details a concept plan to tear down the former TCF Bank building and construct a mixed-use development with two new, three-story buildings with a total of 35 condominium units, around 35,000-square-feet of commercial space and 164 stalls of underground parking. Pocket parks would also be established on the east and west ends of the property, with two plazas proposed throughout the property to help break up the mass of the buildings.

The current 52,600 square-foot building, which was constructed in 1990 and sits on more than 2 acres of land with 135 surface parking stalls, was put up for sale in January 2020. The building served as TCF headquarters until its merger with Chemical Bank in 2019. Along with the merger came the decision that the combined company would operate under the TCF name and the headquarters would be in Detroit.

Huntington National Bank is now the current property owner following a merger with TCF Bank. Lake West has signed a purchase agreement for the property.

The Wayzata City Council voted this past December to deny a previous version of the concept plan for the site.

The latest development application includes a request for planned unit development concept review. No variances would be needed for the proposed project, but two deviations from the city’s design standards would be required: A deviation from the six required massing breaks of at least 25 feet each into two massing breaks of 50 feet wide and 215 feet wide; and a deviation from the third floor setback standard since the central building would have a facade length of 450 feet which would require a third floor setback of 45 feet.

According to city planners, the major questions with the application are related to the proposed new uses of the land, impervious surface coverage, open space and the design standard deviations.

If the concept plan were to receive approval, an additional application request of a shoreland impact plan/conditional use permit for impervious surface would be required along with a general development plan.

While some commissioners said they thought the latest proposal was an improvement on the previous concept, they listed concerns related to building design, potential traffic impacts, parking, safety and how the new buildings might create a “tunnel effect” on the street.

“I know this is a concept plan and you say we can work those things out later, but I think it’s a lot to figure out before we get to that point,” said Commissioner Peggy Douglas, later adding, “I hope that we can get to a point where we can get this done.”

Commissioner Ken Sorensen said he was impressed that the designers were responsive to the commission’s previous feedback regarding density, but he still had a major concern over the requested design standard deviation for the central 450-foot-long building.

“It’s just long and it does create a bit of a tunnel environment,” Sorensen said, adding that he questioned whether it was best to tear down the current building and construct something new or “push for a proposal that would leave the TCF building and build around it in a more respectful way.”

On a 5-0 decision, the Planning Commission voted to recommend denial of the planned unit development concept plan and the two design deviation requests.