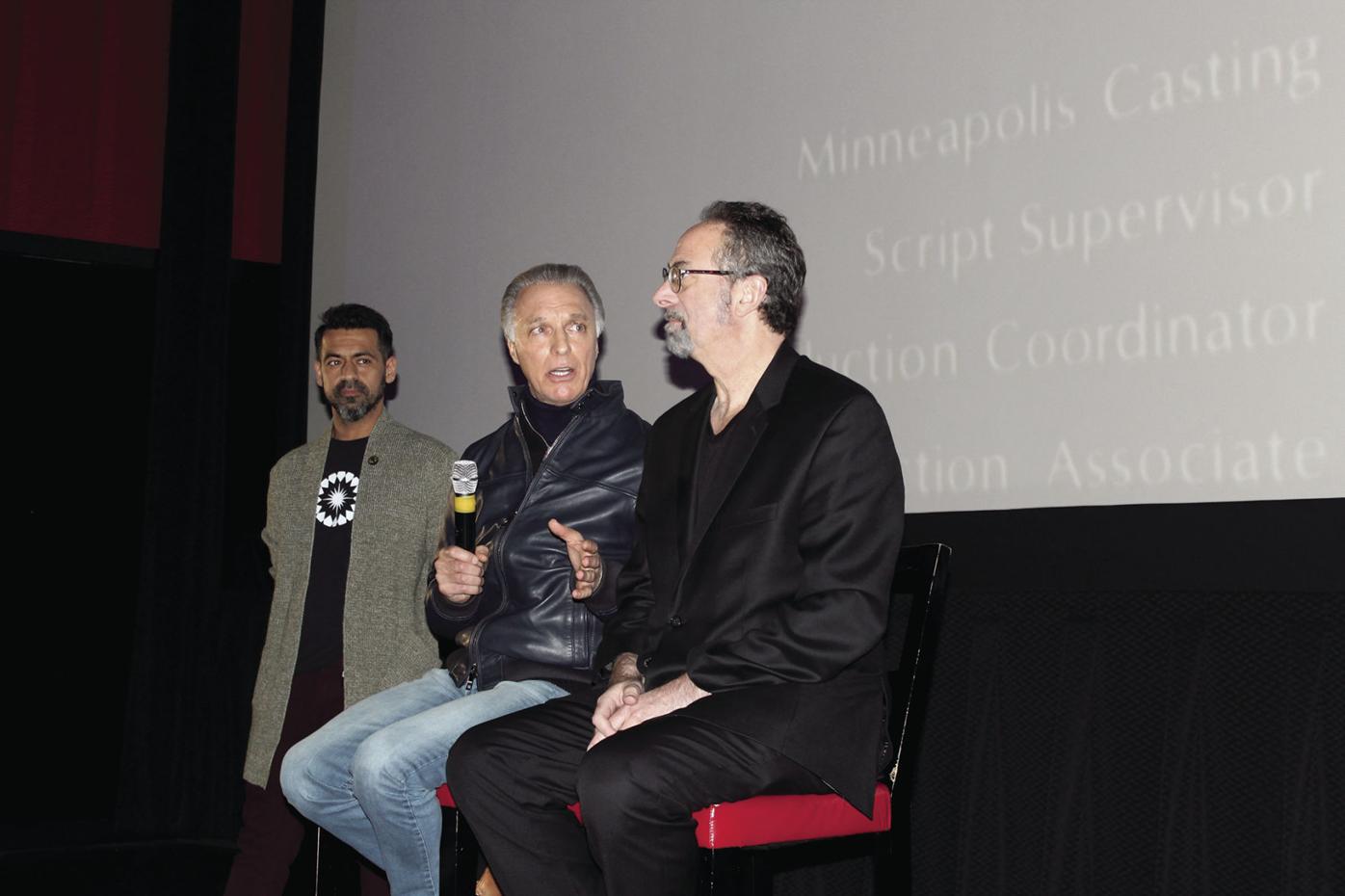 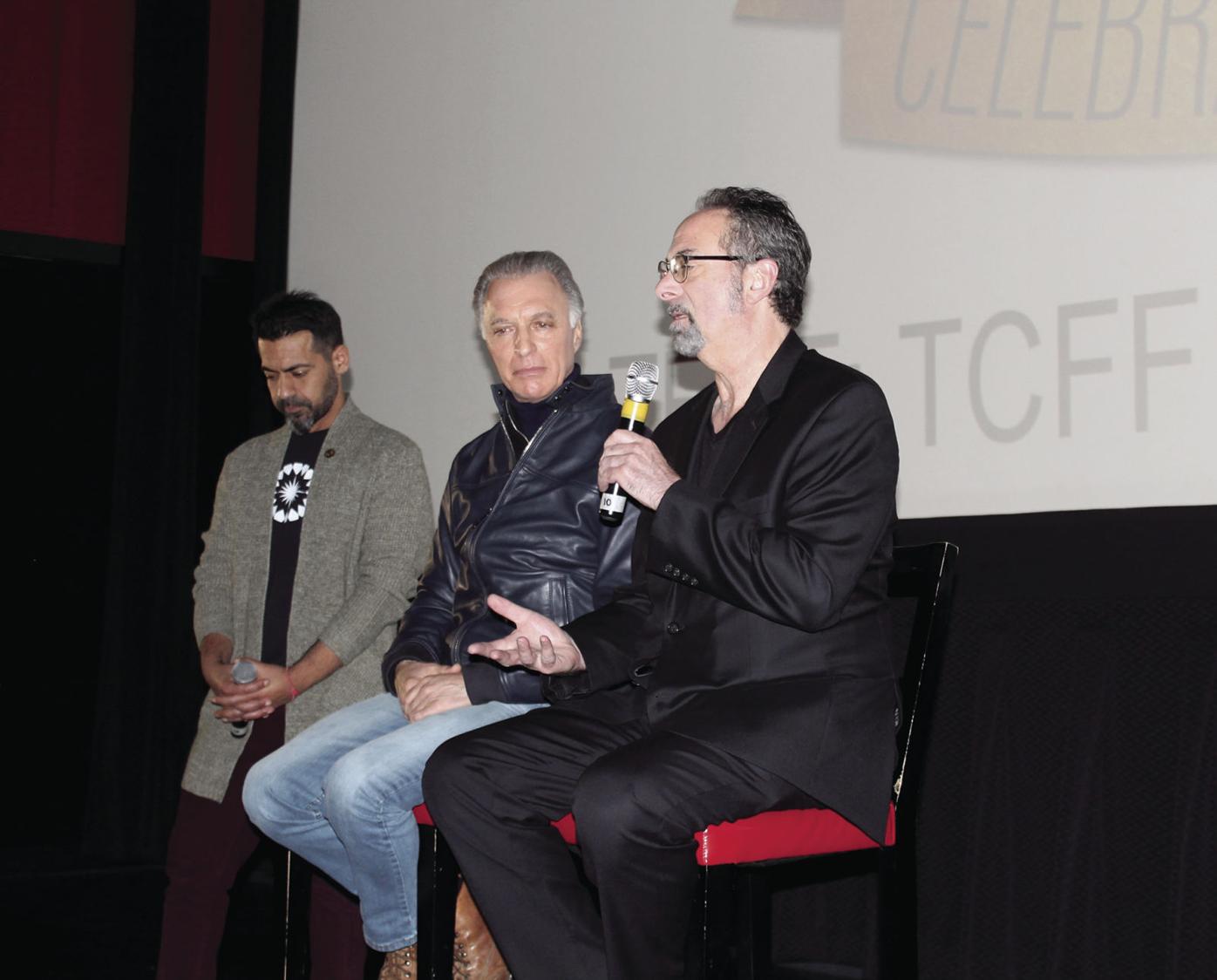 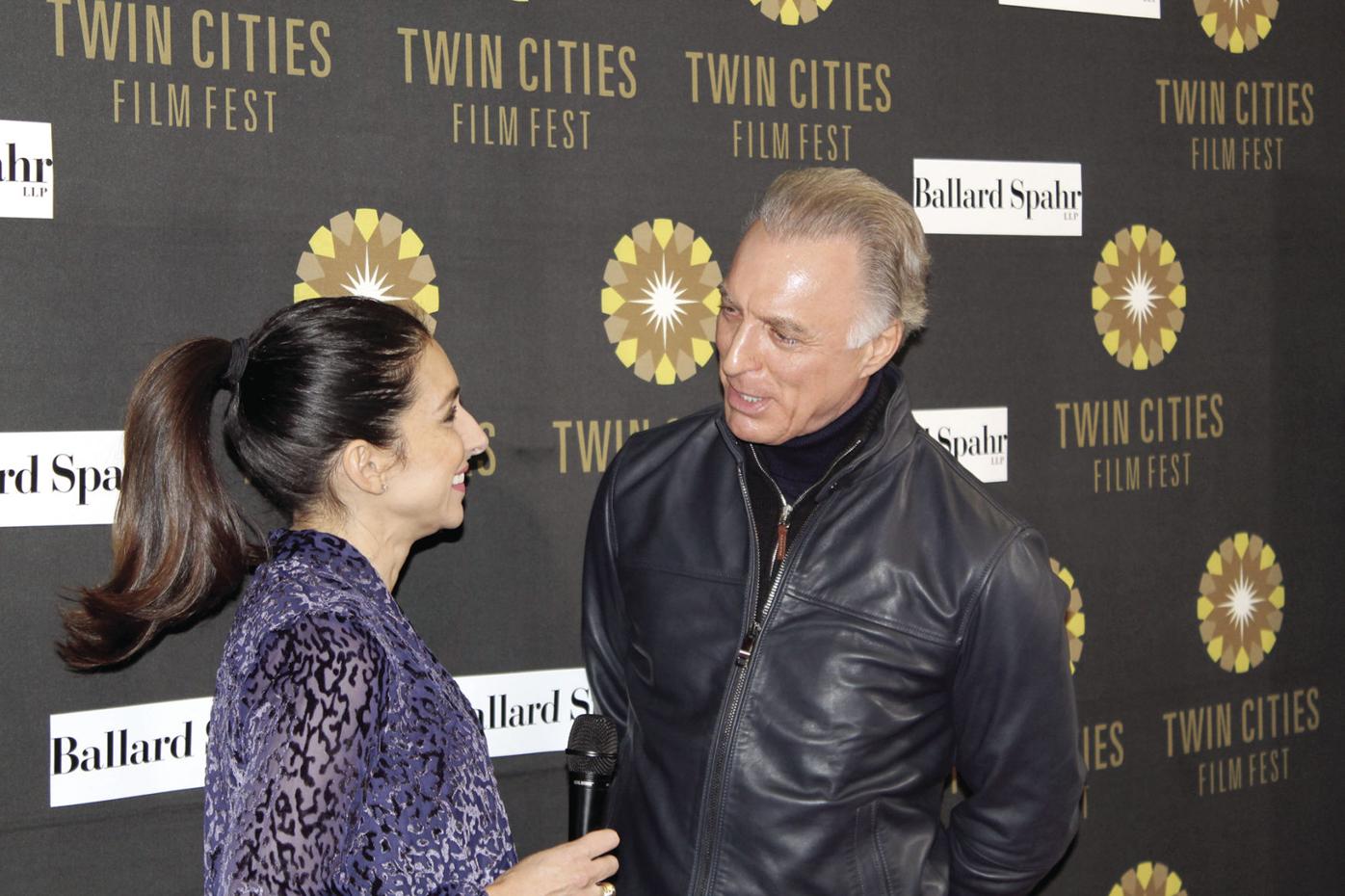 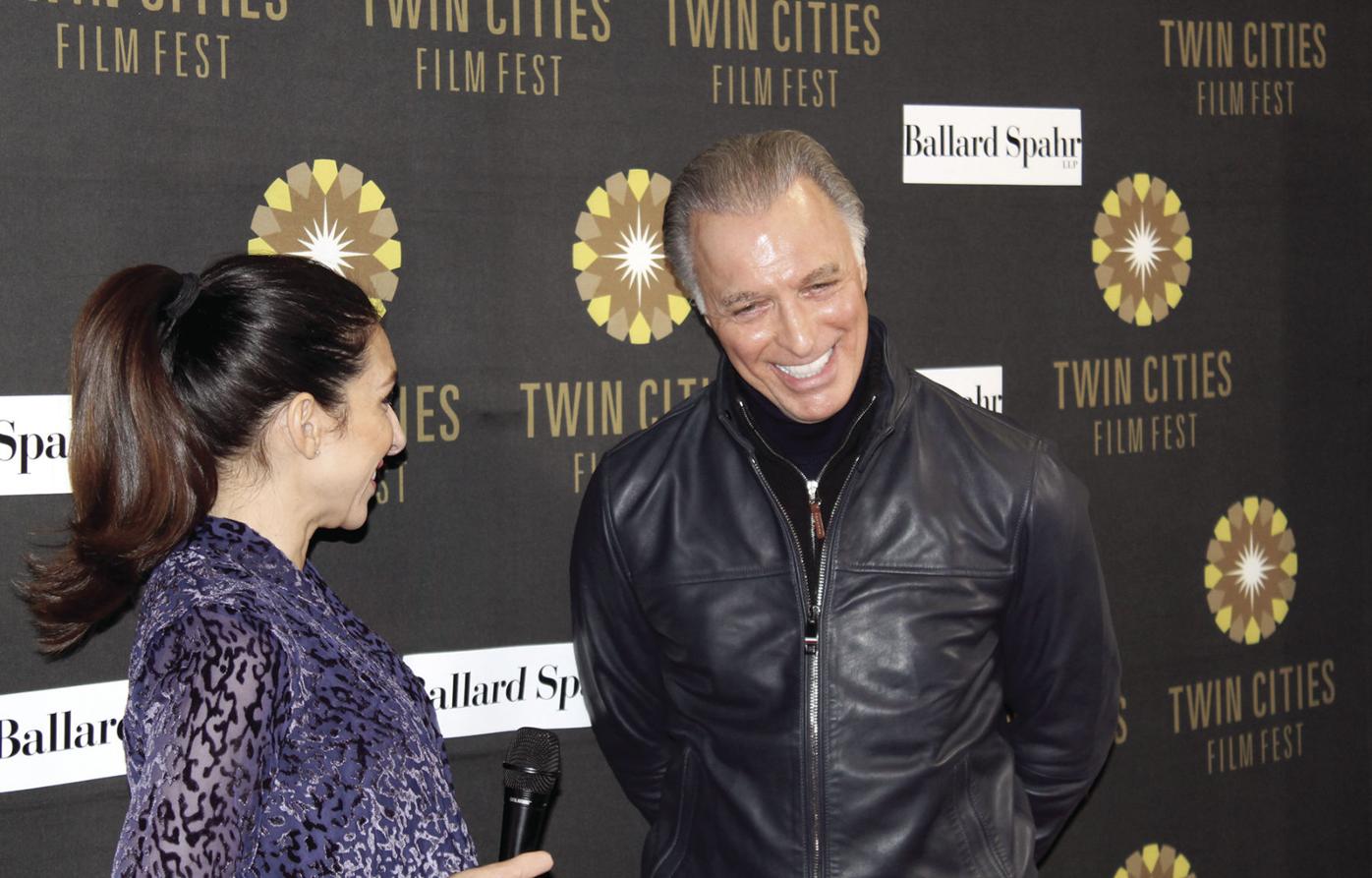 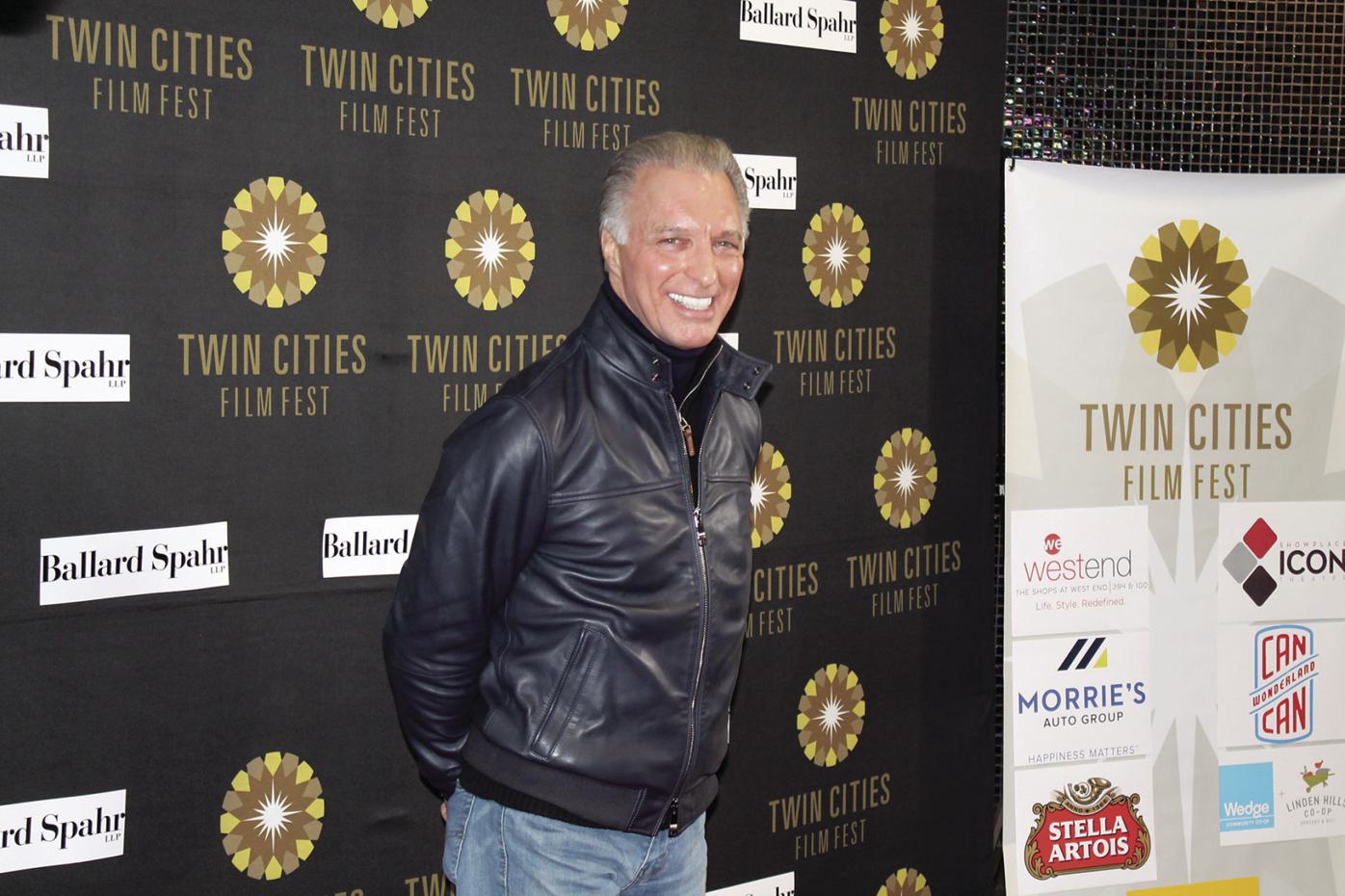 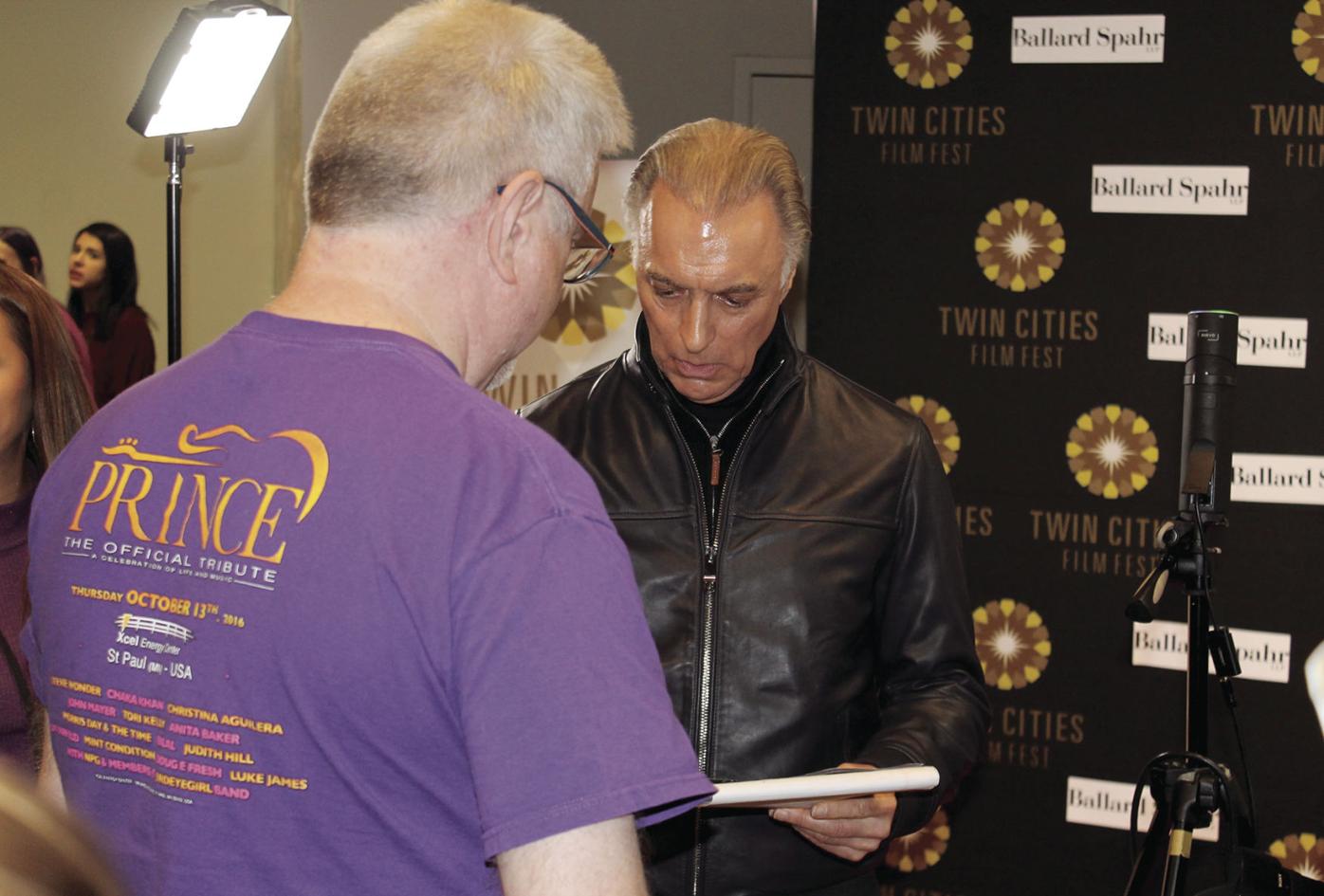 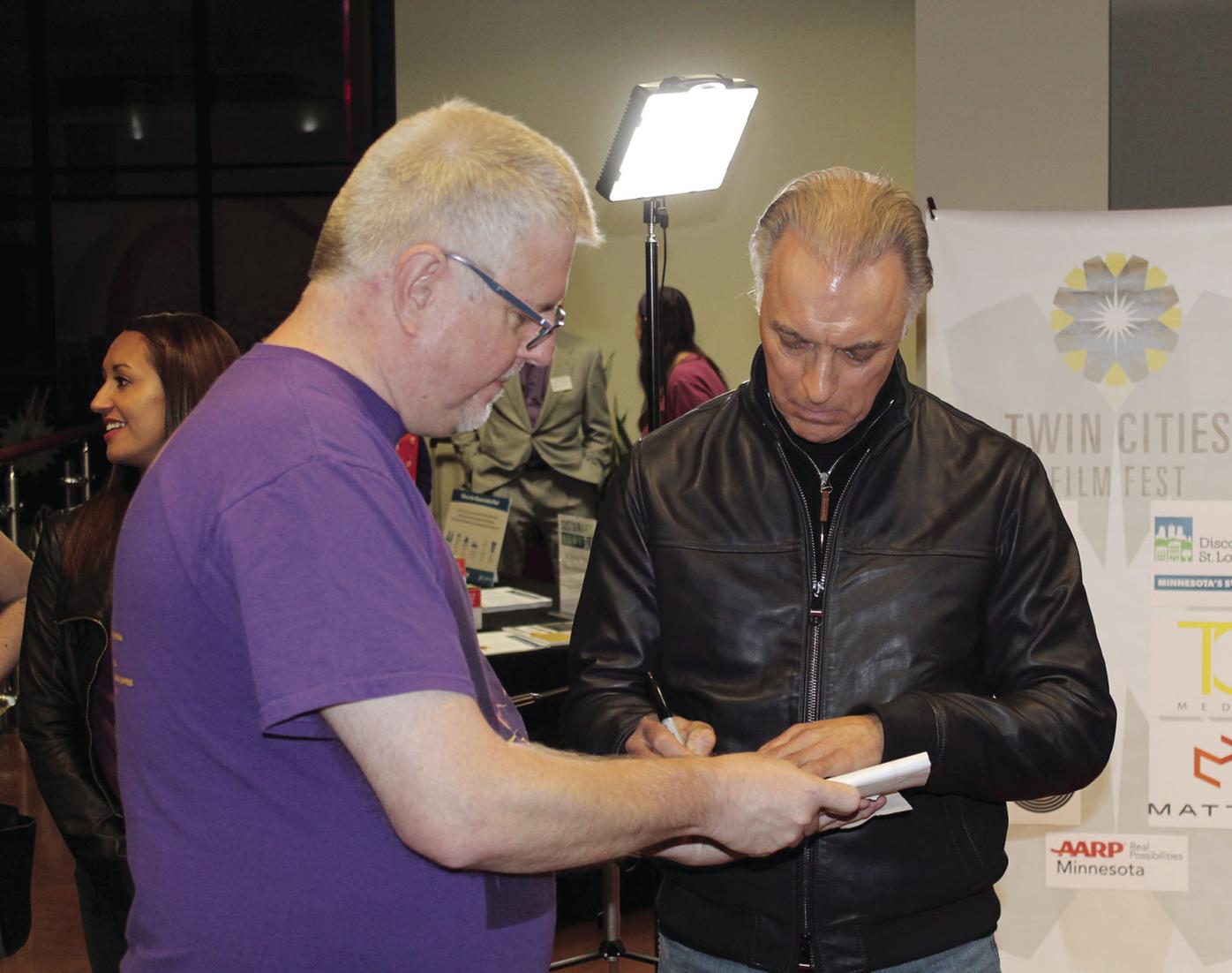 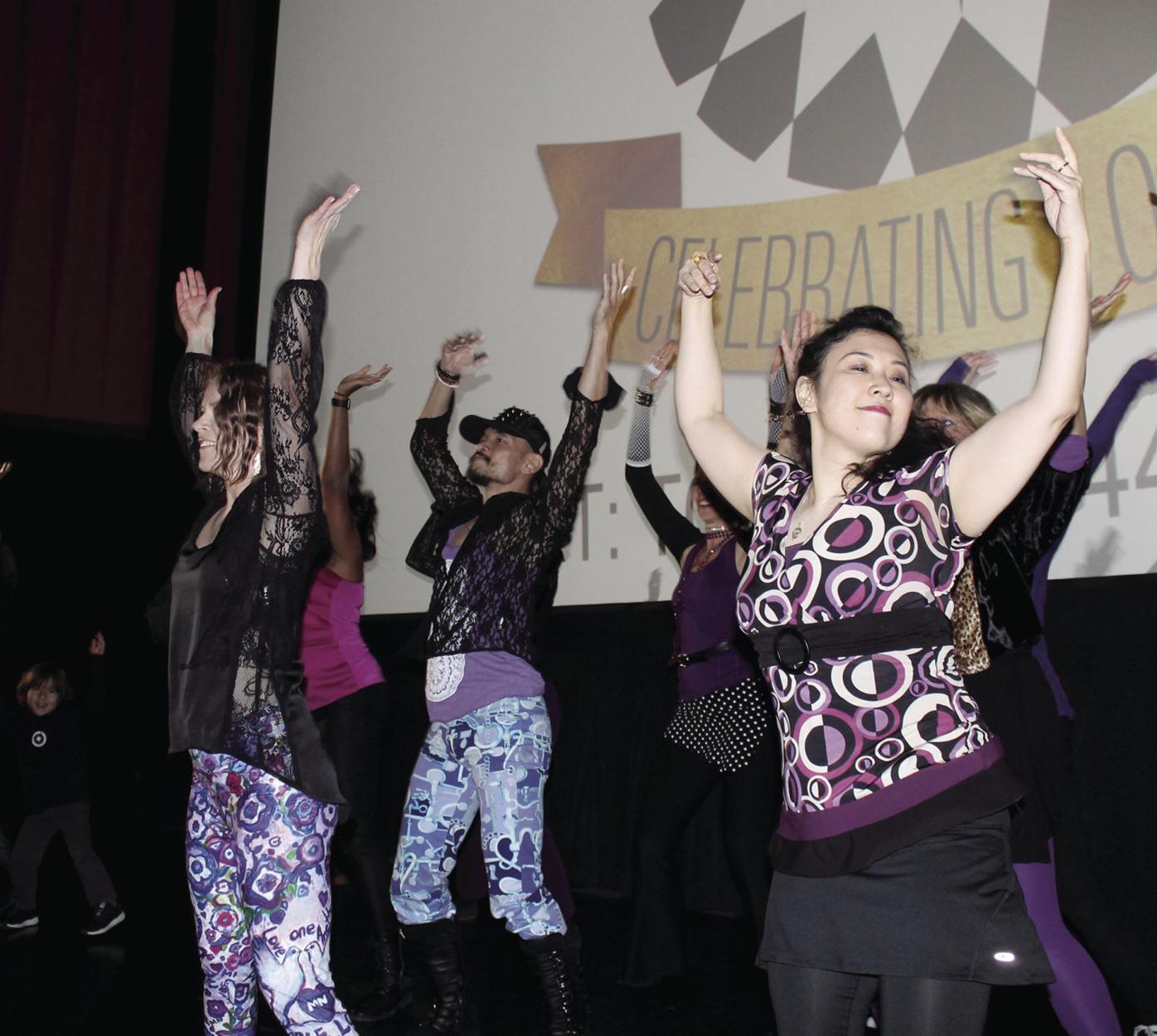 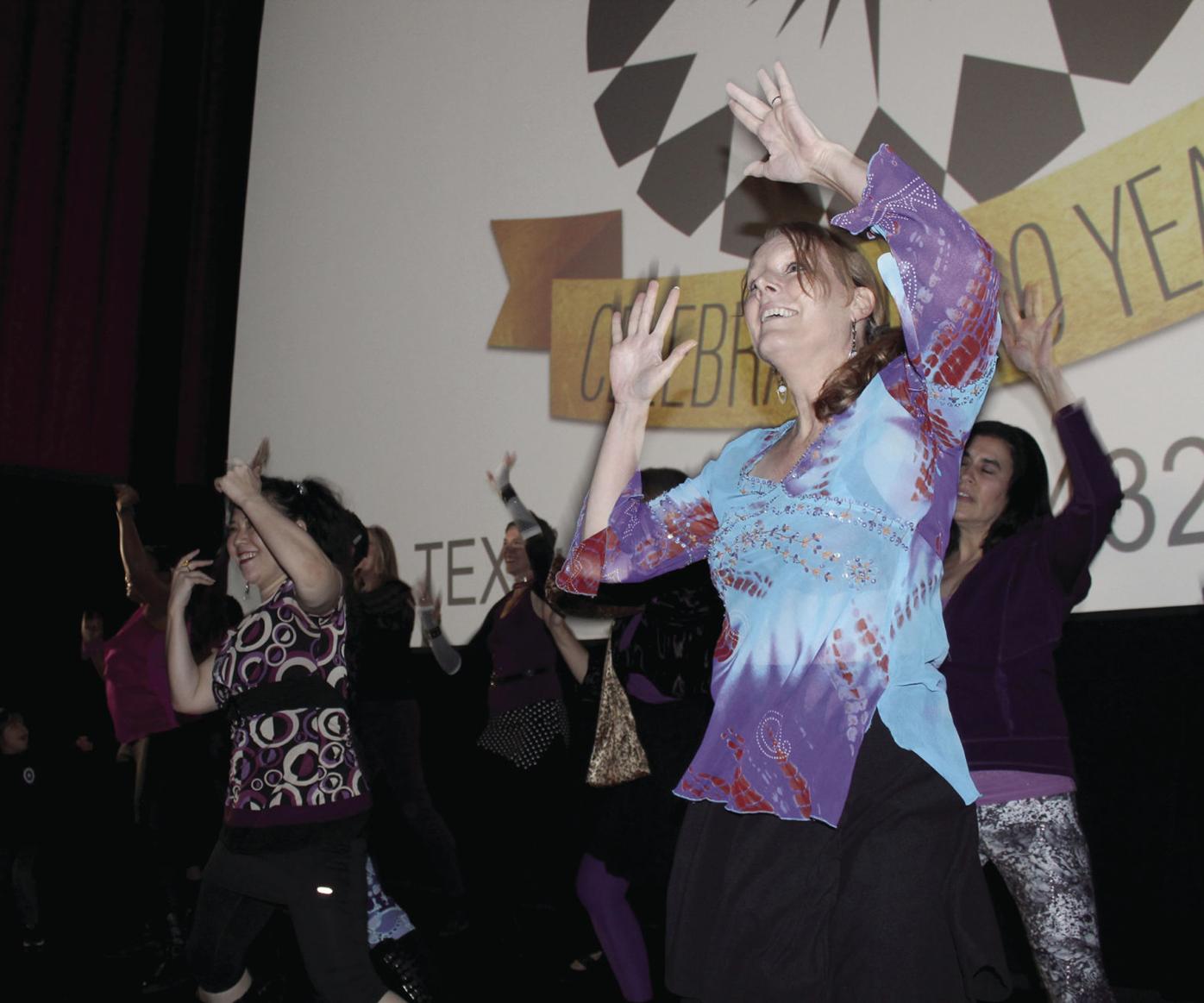 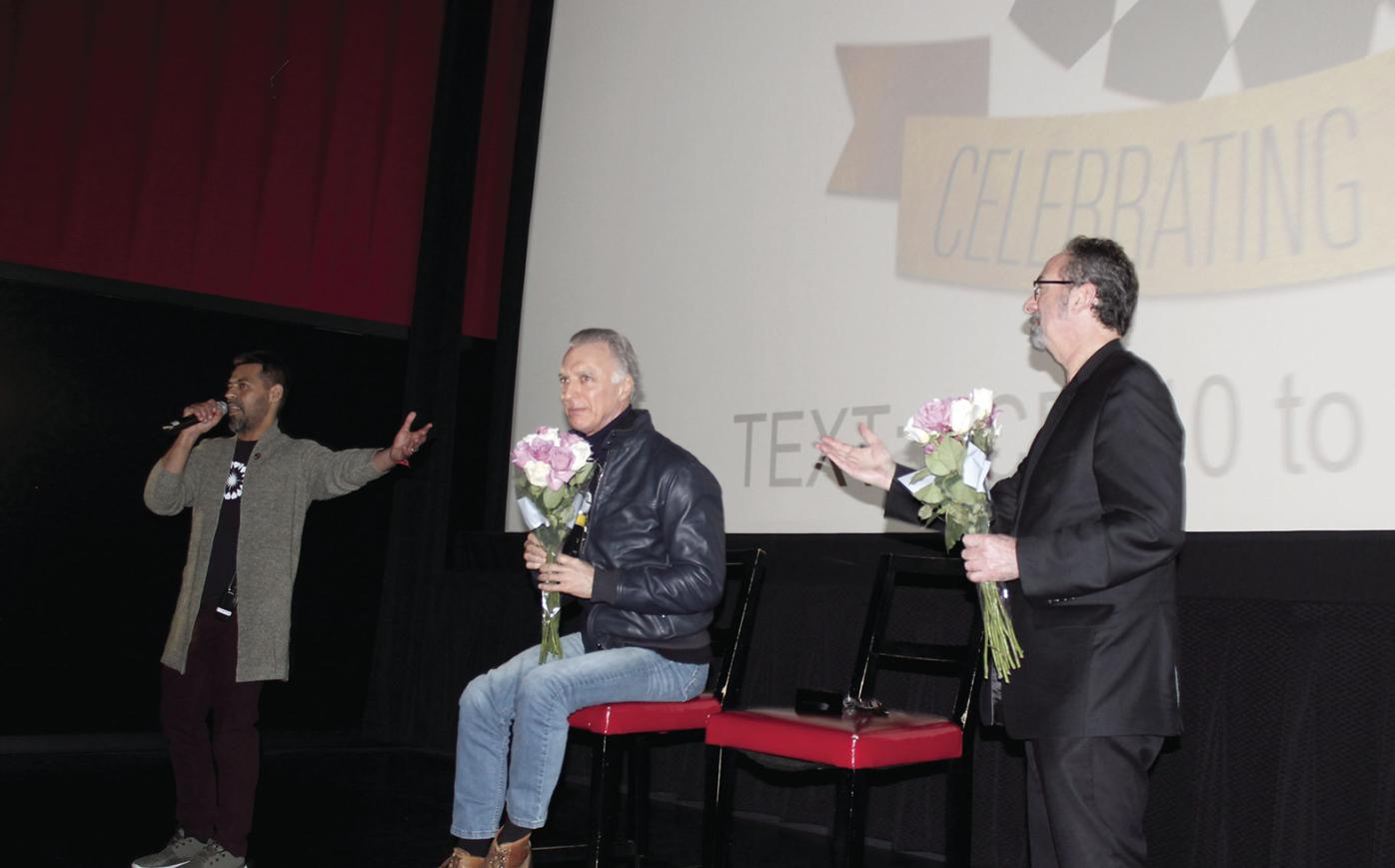 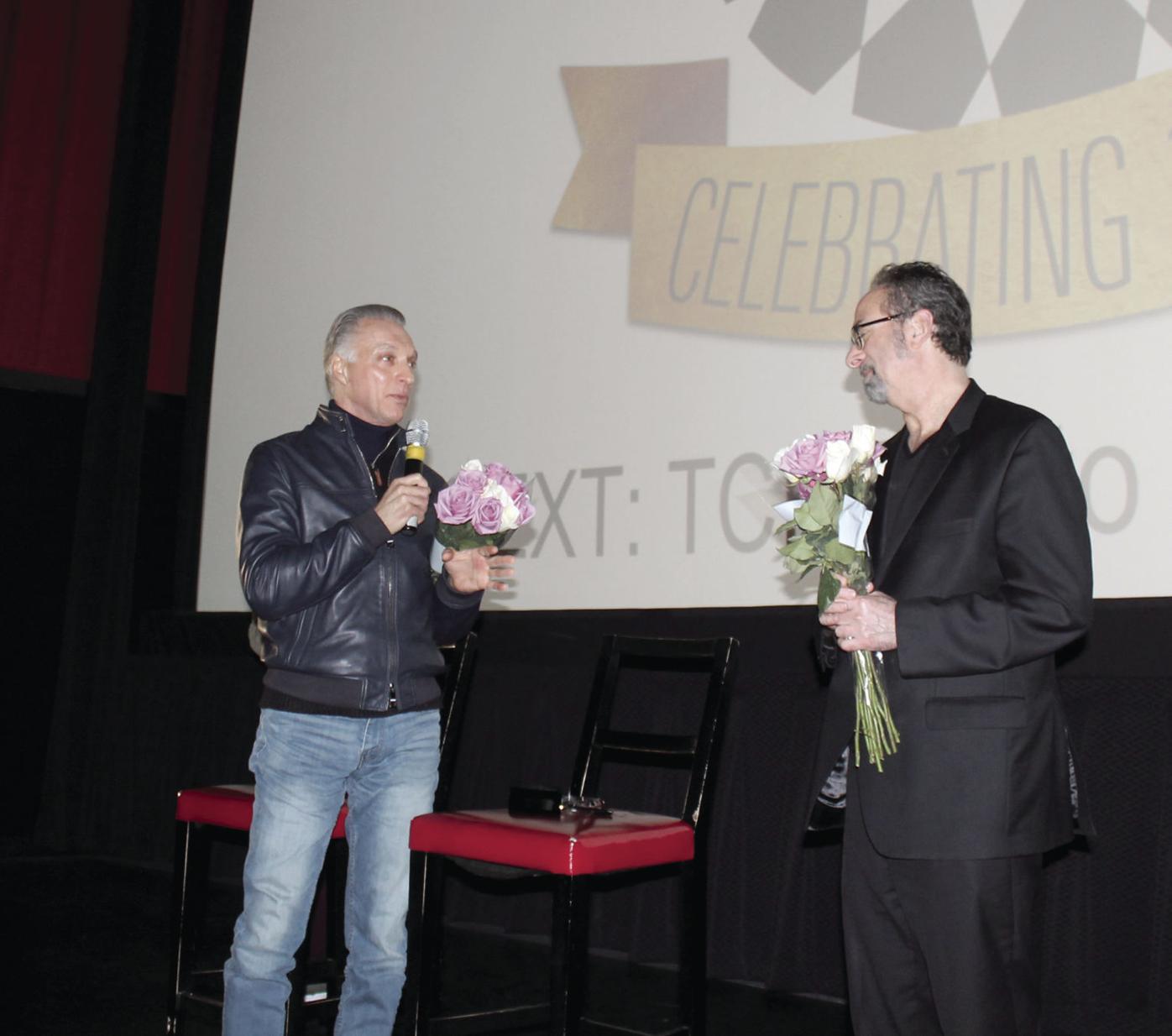 The man who wrote the script for “Purple Rain” and directed the iconic film in Minneapolis choked up when expressing his awe to a Twin Cities Film Fest audience that his movie starring Prince is still being screened 35 years after its release.

Albert Magnoli, who also collaborated with The Purple One on his soundtrack for the 1989 “Batman” movie and other creative works, said of his view at the time of the film’s possible reception, “It is impossible to know. Your job is to get up in the morning and do your job, and the fact that it turned into something like this. ...”

His voice trailed off before adding, “The reason I get emotional about this is because you have to understand. First-time director. First-time writer. Second-time editor. First-time producer.... Minneapolis in the winter. What can possibly go wrong?”

With piles of snow falling early in the filming in November 1983, Magnoli had to adapt, but he refused a studio suggestion that he cut the script to stay on schedule.

“I felt passionately that it was important to stay authentic and stay true,” Magnoli said at the Oct. 23 screening in St. Louis Park, which also included a question-and-answer session with Prince’s original drummer, Bobby Z. “The responsibility we had was enormous.”

In an interview, Magnoli said, “No one, in their imagination, could have predicted the absolute 35 years of support and admiration for what we did back then. It is overwhelming, let’s be honest.”

He credited the music in the film and its narrative structure for its success.

“It was just something I knew instinctively had to be done, but you just never know until it goes out to the audience whether you’re successful,” Magnoli said.

He developed the script after traveling from Los Angeles to Minneapolis for a month to meet with Prince, Morris Day and the other musicians involved. Magnoli said he sought to understand their personal struggles.

“They had the right to be candid, no matter how ugly or truthful,” Magnoli said. “I just wanted them to be truthful, honest, and just tell their story.”

He taped the interviews and used their stories to construct the screenplay, including Prince’s painful revelations about violence in his family.

Magnoli recalled to the film fest audience that he told Prince, “If you’re willing to take the hit emotionally that this film will put you through – and literally take the hit from your old man – we have a chance to make a motion picture.”

He said Prince replied, “I’m willing to take it.”

When Magnoli initially arrived in Minneapolis to add to the script he had begun in Los Angeles, he said he had the chance to observe Prince before the musician recognized him.

“That was a crucial walk because in that walk this is what I felt from him: solitude, vulnerability, pain, blackness and confusion,” Magnoli said. “So, I get emotional.”

He said he learned about Prince’s father, music that had been hoarded, trouble in the band and other details that he used in the script.

“I was able to implode that story from L.A. with all this new material, and that’s what led him to say, ‘How is it that you tell me my life story in 10 minutes?’” Magnoli said.

Although Prince became known for his independent streak, Magnoli said in the interview that Prince accepted the screenplay as written.

“What was great is that he didn’t feel he needed to edit anything,” Magnoli said.

The producers and Prince’s managers gave the script the thumbs up.

“Everybody embraced it and said, ‘Go and make this movie,’” Magnoli said. “And that’s how it worked. I mean, that’s how easy – easy or impossibly insane – it was.”

The studio had questions about musicians acting for the film, but Magnoli said they already had experience performing on stage.

Using the taped interviews, he wrote dialogue designed to fit the way the musicians spoke, allowing them to feel comfortable, he said.

“Not one of them came and said, ‘I can’t say it that way,’” Magnoli said. “They felt there was an authenticity in what they were given to learn in terms of dialogue, and they just came to this set prepared. You know, listen, there’s a lot of magic involved in all this, and they were able to capture that magic inside that written word and then give it to us when it was time for the cameras.”

Bobby Z., a St. Louis Park native whose given name is Robert Rivkin, confirmed, “Just imagine: We had dance class with The Time and getting Jerome (Benton) and Jellybean (Johnson) to do pirouettes and put bowler hats on, if you can imagine that. So, they got so frustrated. We ended up doing Jane Fonda’s workout every day.”

The musicians also imagined in an acting class that they were scared while on a bus going over mountains and reacted as if a bird had flown into their vehicle, Rivkin recalled.

“Al (Magnoli) was really great at calming us down,” he said. “When they put that big camera in your face, you know, you can get pretty nervous and your face can show that, but he would talk to us and get us to relax.”

To Magnoli, he added, “He had the magic dust, and Prince just came alive with these words that you wrote, and it was believable. We see some of that now. That’s why they call it movie magic. It just happened.”

Keeping the Minneapolis Sound in Minnesota

The film’s creators discussed filming “Purple Rain” in Florida or Los Angeles due to the weather-related risks of shooting a movie in Minneapolis in November, Magnoli noted in the interview.

“I argued against it because, again, I’m fighting for authenticity, and then I’m going to take this circus – because, you know, you’ve got this film crew and you’ve got the music component – and I’m going to take everybody and transplant into Florida?” he asked. “What is that going to look like? How is that going to feel? How uncomfortable am I going to make everybody from the Minneapolis scene?”

He insisted on shooting in the Twin Cities area, but the snow complicated matters.

A crew used blowtorches to melt snow and carved paths through the snow to the sets, he said.

One notable part of the film did end up partially taking place in Los Angeles. When Apollonia Kotero, portraying Prince’s girlfriend, entered the water, it was so cold that divers had to help her out of the frigid water. A crew in California later filmed her leaving the water in a park in Los Angeles.

“Apollonia jumps into Lake Minnetonka here, but she comes out in Los Angeles,” he recalled with a laugh.

The city that hosted the anniversary screening, St. Louis Park, itself played a role in the making of the film as Prince used a warehouse in the city for rehearsals and for working on songs he wrote for the movie.

‘It became a rock concert’

In the 45-minute Q&A session with Rivkin, Magnoli described his film-making style in detail and discussed the challenges of filming a movie in a short span – including having only seven days to film the musical performances. He insisted on having about 900 people at First Avenue throughout the filming to keep the energy levels up at all times, he said.

“It became a rock concert, even though I was calling ‘action’ and ‘cut’ after every song,” he said.

The film was initially slated to appear in 200 theaters, but studio executives bumped it up to 900 theaters after strong positive reactions from audiences. During three screenings in California, audiences reacted enthusiastically.

“Three minutes into it, during ‘Let’s Go Crazy,’ they’re standing up, dancing, rocking out,” Magnoli said of the initial screening. “I’m sitting in the far back row, the studio head is sitting in front of me, and he turns back and says, ‘Why are they standing up?’ To me, the answer is obvious, but I say, ‘I think they like the movie.’”

Reflecting on the film’s anniversary, Magnoli said, “It’s thrilling. I mean, let’s be honest. I mean, who knew that the film would have the kind of following it has worldwide 35 years later? That’s not something that you could even remotely predict. ... It’s the little engine that shouldn’t have had a chance to get down the tracks, but it did.”

An article about their memories of Prince is available at https://www.hometownsource.com/sun_sailor/bobby-z-purple-rain-director-remember-prince/article_1d025ddc-f82c-11e9-939b-e3ee2c70b4bd.html