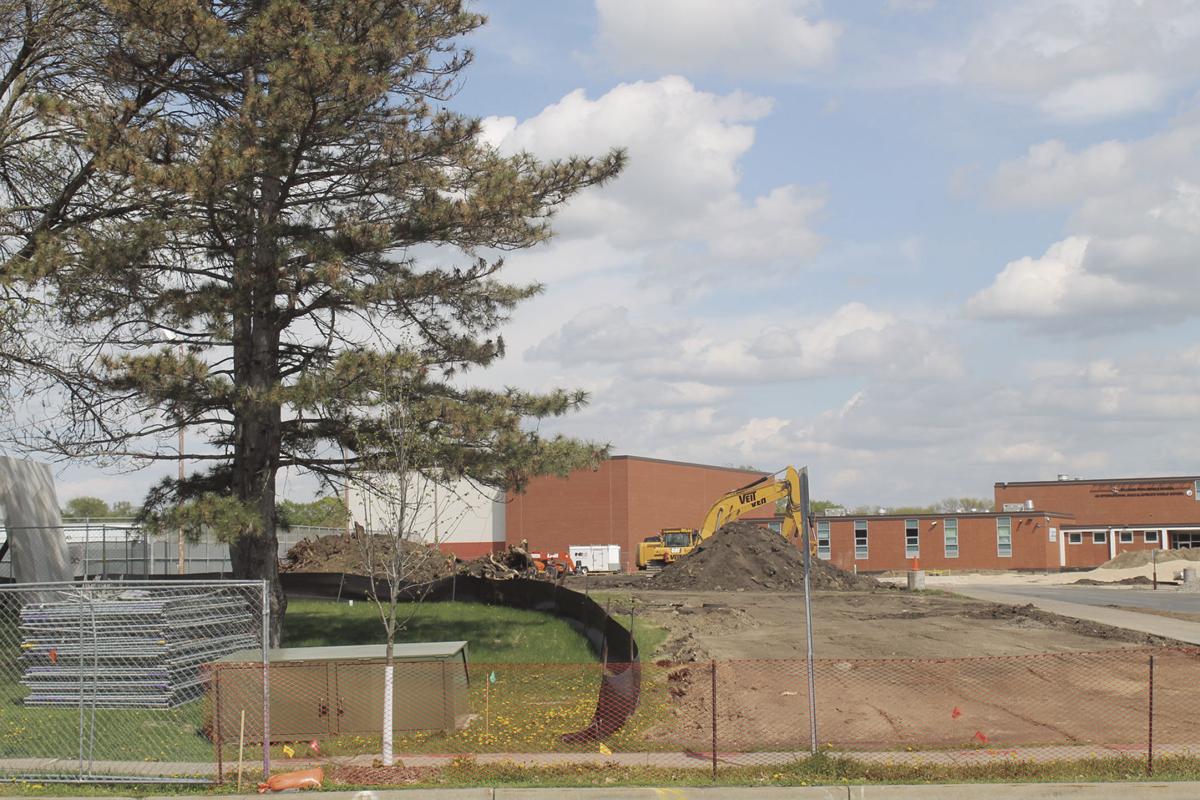 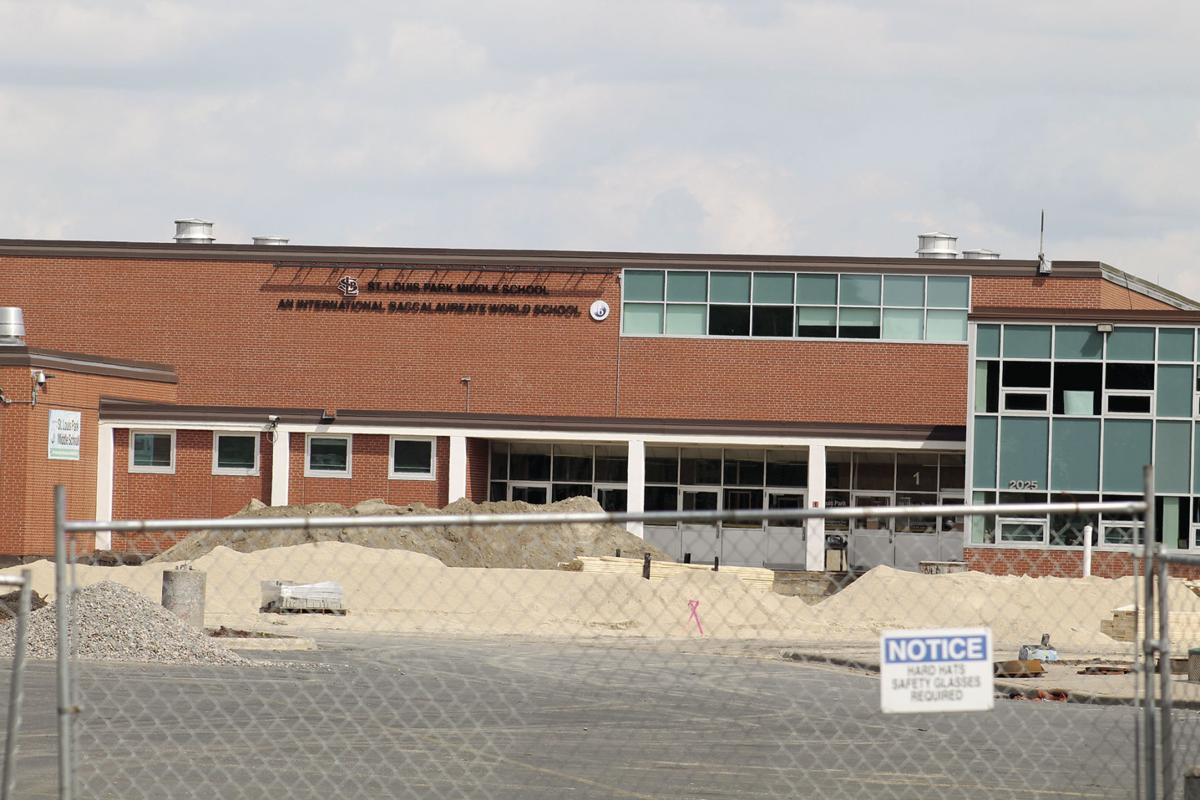 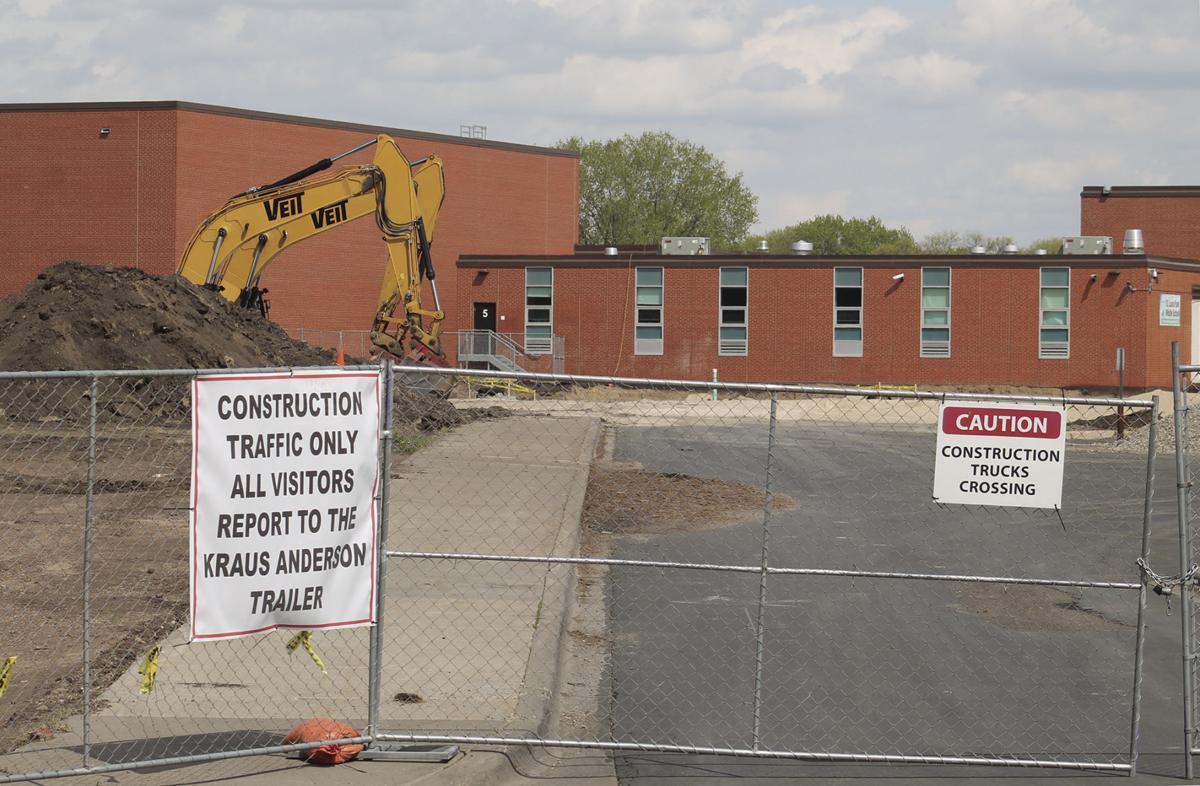 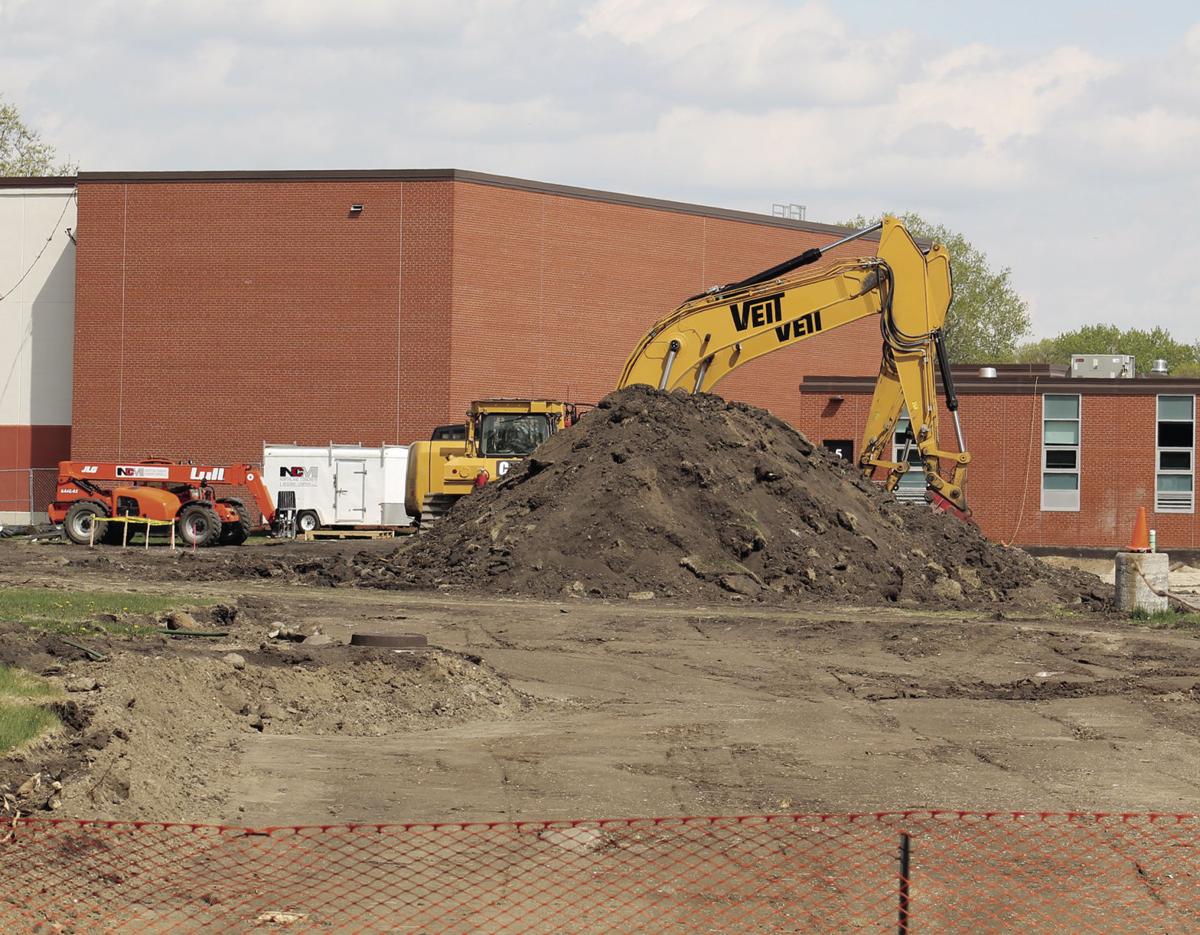 With students out of classrooms, the St. Louis Park School District is beginning work on its summer building projects early.

Construction beginning this spring includes work on the St. Louis Park Middle School front entry and front offices, construction of a performing arts center and music classrooms at the school and renovation of the middle school kitchen and cafeteria.

“We are starting out at the middle school with construction of all the projects that are remaining,” Facilities Manager Tom Bravo said during a May 11 school board meeting.

The district will be prepared to open up the doors to students for the fall semester if in-person classes can begin again, he said. Construction would still be taking place, but the school would have a temporary kitchen space and entrance. Work would continue throughout the 2020-21 school year.

Other construction at the middle school includes a renovation to a special education classroom, an art classroom renovation and other miscellaneous classroom upgrades, according to the presentation. Cooling units have been installed six months ahead of schedule. During the fall semester, every classroom will be able to benefit from air conditioning.

Outside of the school, trees have been removed for fencing and staging. Fencing will be up for 13-15 months, according to the presentation.

The middle school work had been scheduled to begin Monday, June 8.

“Construction has started in the front and the performing arts addition, and they’re going like gangbusters over there,” Bravo said.

The middle school closed completely May 18 after the district turned off gas lines and electrical power to the facility.

In March, contractors wrapped up renovations on the middle school’s media center and seven new classrooms on the building’s first and second floors along with breakout areas. They also completed renovations of the St. Louis Park High School weight room and fitness center in the same month.

In February, a remodeling project to convert a space previously used by Park Spanish Immersion Elementary School into early learning program space began. PSI’s move to Cedar Manor Community Center allowed the work in its former space at Central Community Center to commence. The project is on schedule, although obstacles on the site arose.

“We found an old well that no one knew about,” Bravo said. “It was there probably when the first building was first built (on the site) in the early 1900s.”

All exterior work has begun on the site, though, according to his presentation. Construction on Central Clinic is finished.

“We completed that earlier than we anticipated just because we got to go in there,” Bravo said.

Exterior walkways and the gymnastic gym are inaccessible, and the pool has been drained. However, construction does not prevent access to an upper gym for participants in a day care program for families of emergency providers, Bravo said. The basement level of Central Community Center will close after Friday, June 5, to allow new plumbing to be installed. The remodeling project for early childhood programs at the center is scheduled to wrap up in August.

Renovations to the high school auditorium also began early, with the start date moved up to May 18. Construction will also include new flooring and a ceiling for the school’s main gym. The work on the auditorium and gym would be complete by the beginning of November.

“No matter if school does open up in the fall, those two areas will still be under construction but it will not impede or interrupt any opening of the school,” said Bravo, who added that barriers would block off the auditorium and gym.

The district is continuing its rooftop unit replacement project to improve indoor air quality at Aquila Elementary School. The district is completing some changes at the new PSI building to close out the project. The work should not affect summer school if it were able to take place at the facility, according to Bravo.

A cooling unit and piping project at Lenox Community Center is almost complete.

Similar to the work at Aquila, Bravo said of the Lenox project, “It will not interrupt any services that are going on if that building was to open up this summer.”

The timeline to begin work on renovations of kitchens, media centers and all classrooms at Peter Hobart and Susan Lindgren elementary schools moved from June 8 to May 18.

“The goal is to be done sometime in August, hopefully a week or two earlier, so that we can make sure that we’re prepared and ready when the teachers come back,” Bravo said.

Sign companies have been shut down during Gov. Tim Walz’s statewide order, but Bravo said the district has lobbied the state government to declare as essential the companies that make other equipment the district needs for the projects.

“We’ve been fortunate and blessed that they have listened and we are getting all our equipment and furniture built because of what we’ve been doing,” Bravo said.

Boardmember Ken Morrison, who lives across the street from the middle school, noticed the early work when his morning wake-up call came from trucks on the site.

“It was amazing how quickly they moved,” Morrison said. “They’re making great progress over there.”

Board Chair Mary Tomback added, “Hope everything continues to move well and that we don’t end up needing any more time. Hopefully this now creates some necessary space, literally and figuratively.”