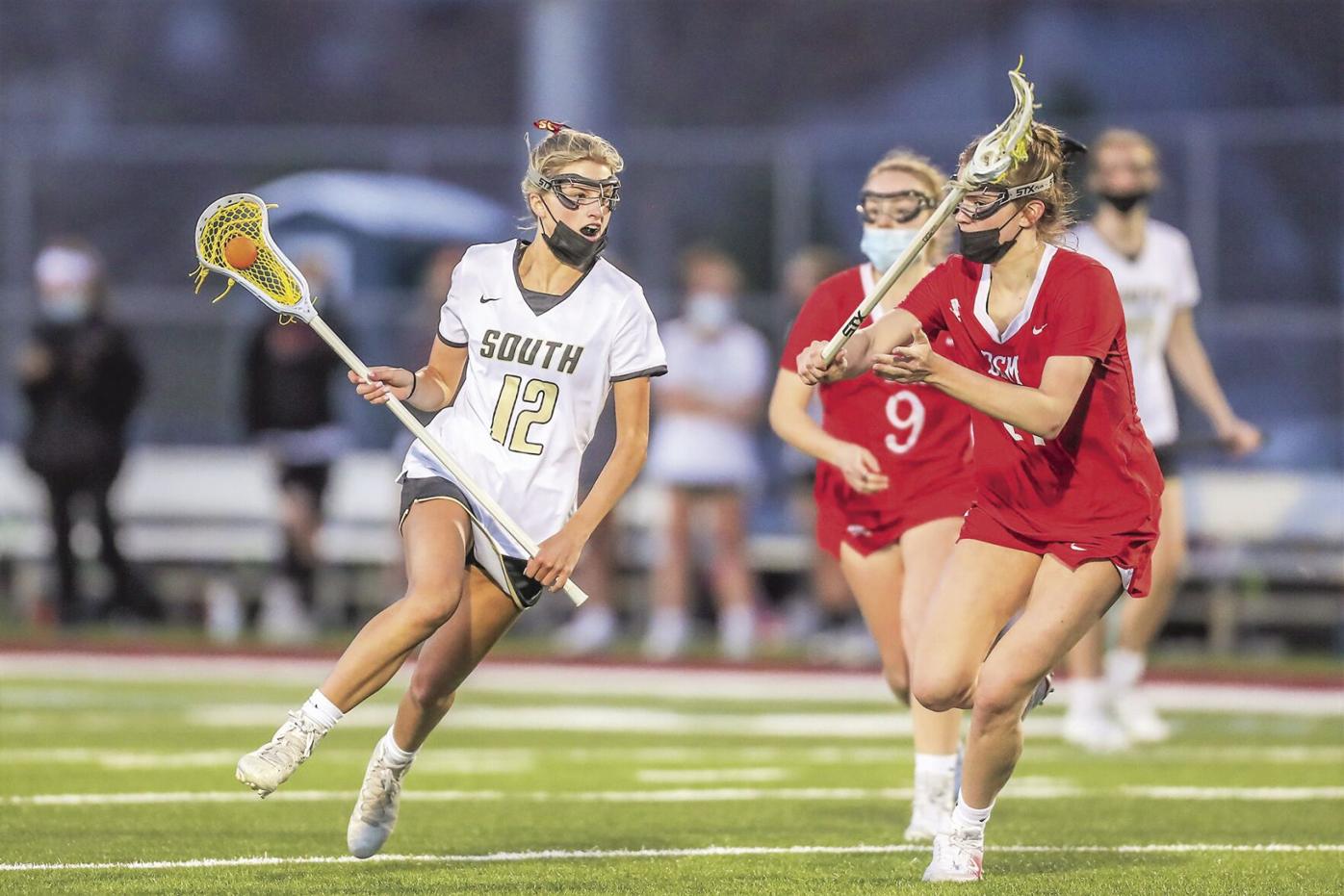 Red Knights Maddie Kaltsas, right, tries to deny a run by Lakeville South’s Ellie Hilliard during their April 16 match at South. The Cougars won 9-8 in overtime. 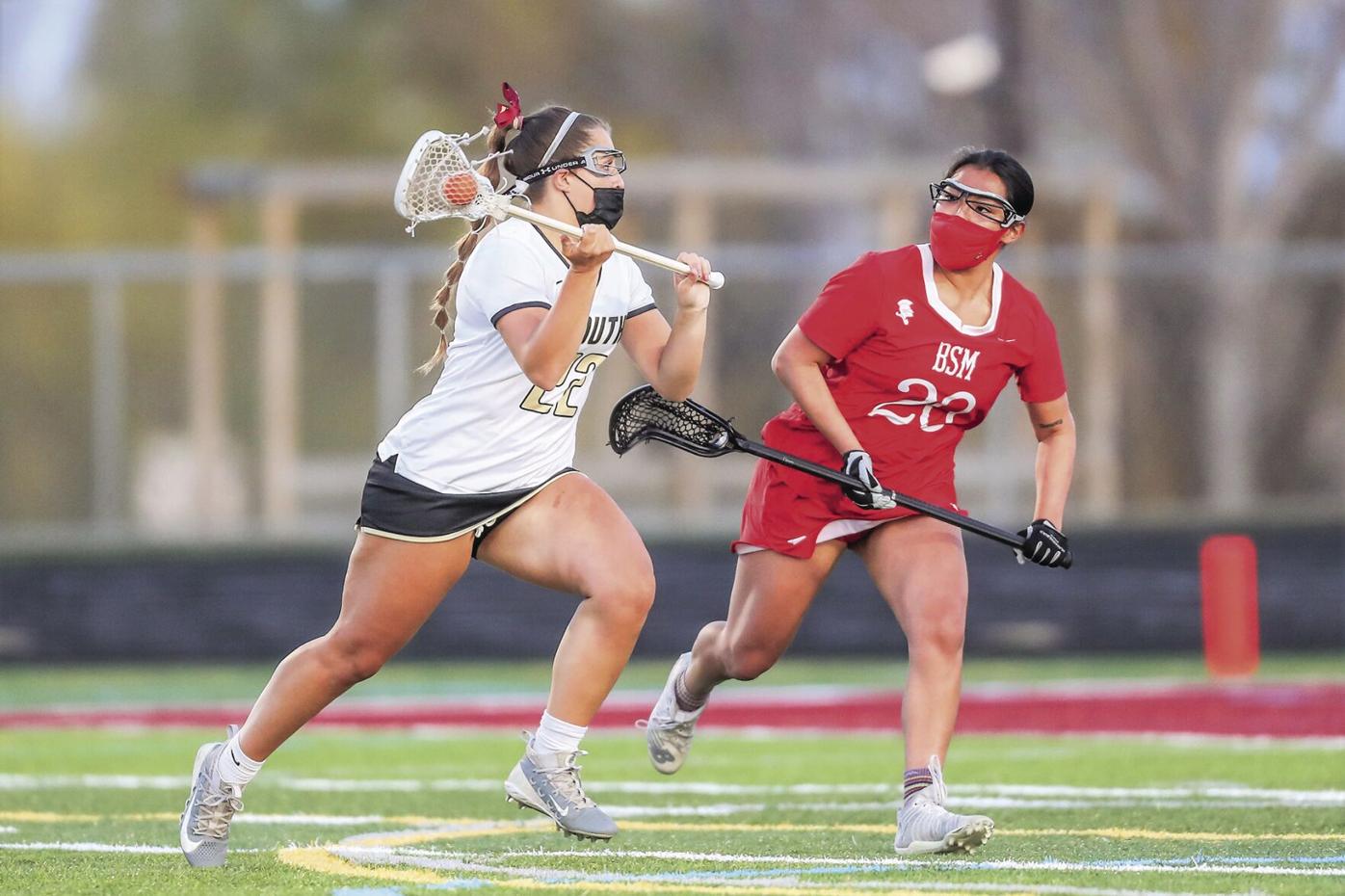 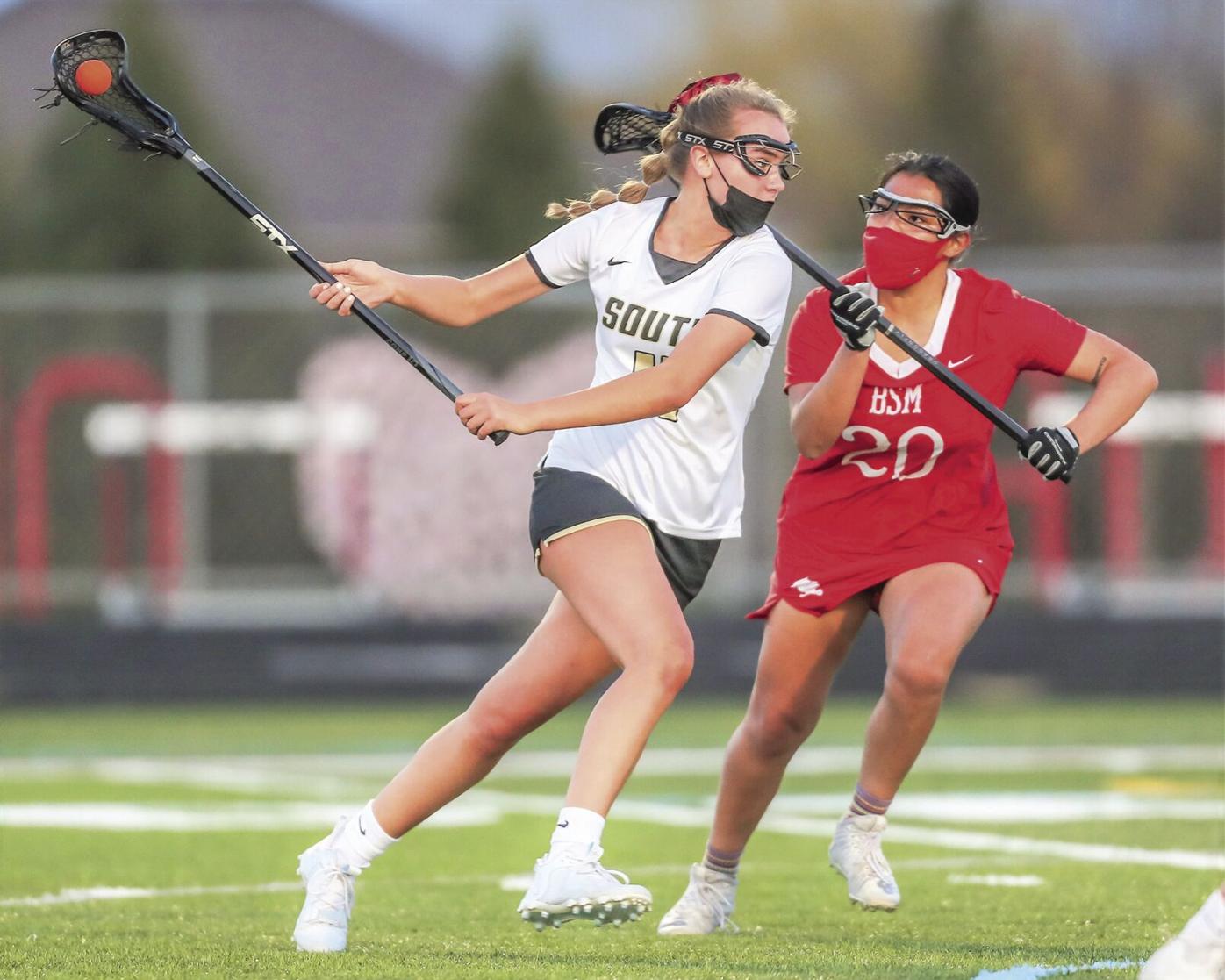 It was quite the week for the ninth-ranked Benilde-St. Margaret’s girls lacrosse team as they bounced back from a 9-8 overtime loss at No. 3 Lakeville South April 16 with a pair of double-digit victories.

The Red Knights pulled away with a 19-1 win at Robbinsdale Cooper in a Metro West Conference game April 22, following it up with a 13-4 win over Breck back on the BSM campus for the first time since an 18-2 season-opening win over Chaska April 15.

Sophomore goalie Brooke Nelson improved to 3-1 with a 5.47 goals against average and .641 saves percentage. She made nine saves against Breck and 11 saves against South.