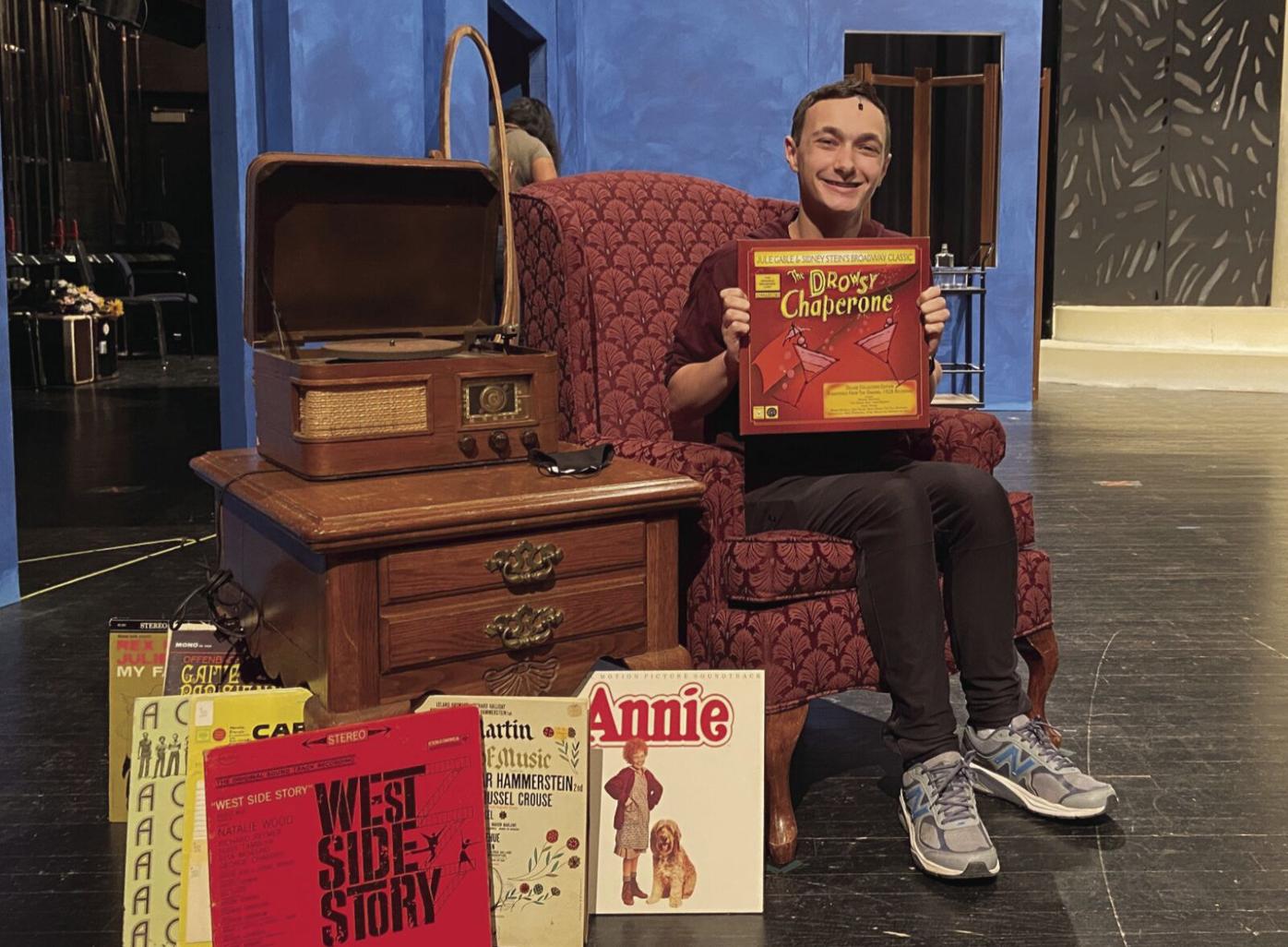 Gabe Borken as the Man in the Chair in “The Drowsy Chaperone.” Tickets are on sale now for in-person and livestream viewing. 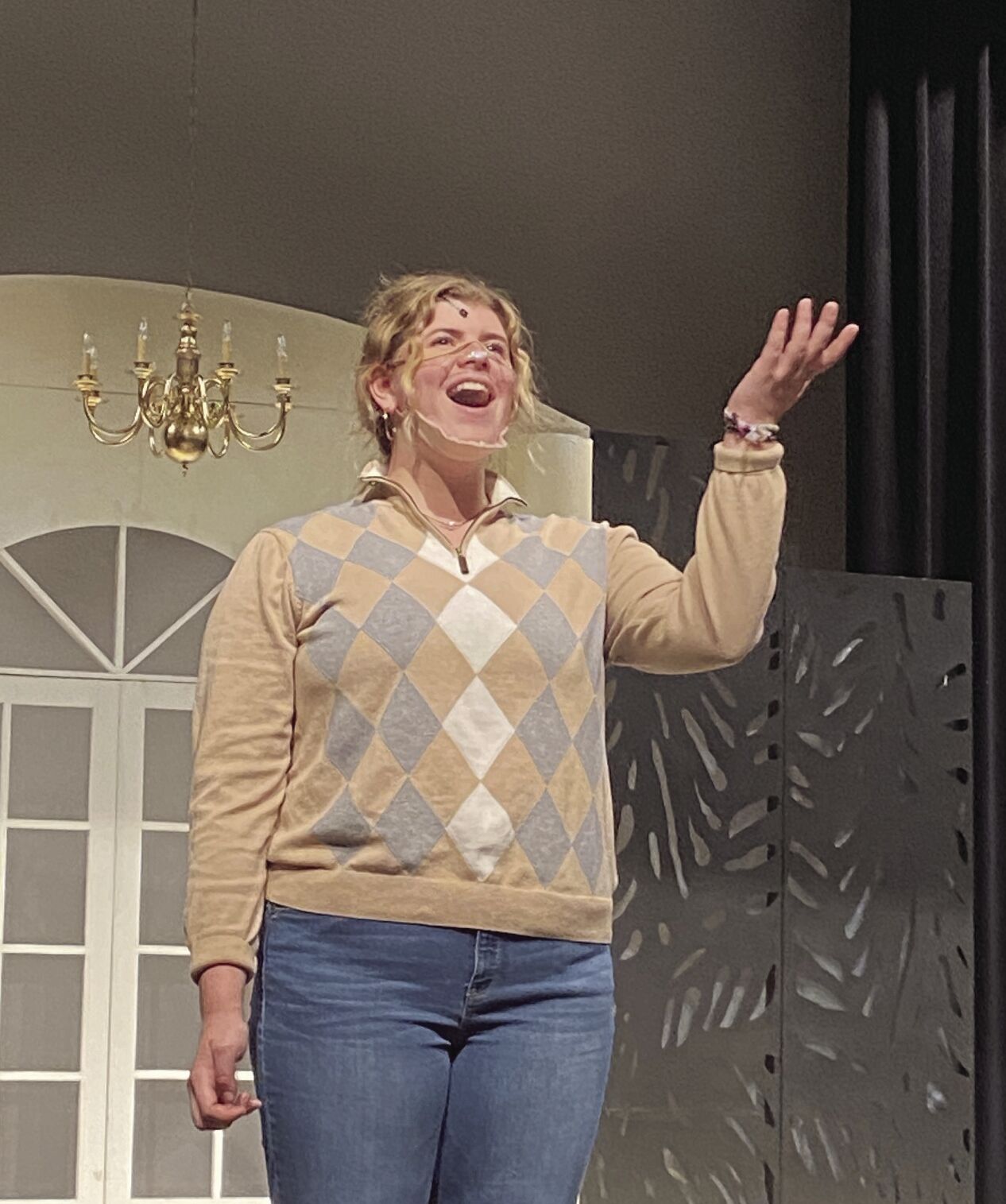 Gabe Borken as the Man in the Chair in “The Drowsy Chaperone.” Tickets are on sale now for in-person and livestream viewing.

It’s back to the auditorium for the Wayzata High School Theatre, and students are ready to give it their all in the upcoming spring musical, “The Drowsy Chaperone.” The musical comedy will offer six performances over two weekends starting Friday, April 30, and will include limited in-person seating and live streaming.

At the beginning of the school year, the possibility of performing a musical was uncertain as COVID-19 restrictions limited in-person learning and activities.

Slated to perform “Fiddler on the Roof” last fall, the musical was postponed with the hope of restrictions loosening for in-person viewing.

With the understanding that many musicals, including “Fiddler,” only gave rights for live performances, “we really felt like we needed to rely more heavily on a show that allowed us streaming rights,” said WHS Theatre Director Sonia Gerber.

Because there has been so much uncertainty, Gerber is seeing students use this opportunity.

“I feel like they have just so much passion and energy, like they are so grateful and thankful,” she said. “And you feel that on the stage.”

“The Drowsy Chaperone” has also been on the shortlist of musicals yet to be performed by students.

“Almost every year, that title would come up for the directors because of a few big things about the show,” she said.

In addition to having 13 main roles, it’s “light and funny and has a really great throwback music,” she said.

Written in the early 2000s, the fairly modern musical has the structure of a show within a show – it’s a story about a fictional musical by the same title that takes place in 1928.

Gerber described it as being a 1920s musical in terms of the music, but with modern sensibilities since it was written by more modern composers and lyricists.

The story begins with the character known as the Man in the Chair, performed by sophomore Gabe Borken. Borken describes his character as relatable and huggable.

“I think by the end of the show, a lot of people kind of just want to give him a big hug,” Borken said.

The Man in the Chair starts by talking to the audience about how he’s been feeling a little sad and isolated lately.

While set in pre-COVID days, “it seems like it resonates very deeply with how a lot of people probably are feeling,” Gerber said.

When he starts feeling that way, the Man in the Chair says he likes to listen to some of his favorite musicals on vinyl, one of which is “The Drowsy Chaperone,” fictional music that only lives in this particular musical.

The Man in the Chair goes on to describe the kinds of personalities coming into play, from the “old-timey” gangsters to a vaudeville starlet.

But his favorite character is the Drowsy Chaperone.

Gerber explained the basic premise of the plot is that a bride and groom have to be kept apart on their wedding day, but mayhem ensues in attempting to do this.

The bride’s chaperone, played by senior Cora Teachey, is against Prohibition and is clearly sneaking sips of booze resulting in her falling asleep all the time and making her incapable of doing her job.

“She’s just so funny,” Teachey said of her character. “She doesn’t really care and she lives her life the way she wants to, and I think that is just so fun to play.”

At the heart of it, it’s a nontraditional love story in that it’s about man’s love for his record, Gerber said.

The director said it’s that kind of love that will resonate with those who also love musical theater.

Not only is it a musical comedy that will brighten one’s day, but it’s also short, she said, noting the show is 90 minutes with no intermission.

This is also happens to be the smallest musical that’s been done in a long time, she said.

Traditionally, musicals have about 60 cast members. However, to accommodate the spacing restrictions, this show was limited to 21 actors.

Other hurdles have had to do with masks and video production, according to Gerber.

After many iterations of what masks would best suit the singing performers, the costume designer came up with clear masks.

Regardless of the limitations, the students are excited to be back in the auditorium, getting ready to perform before live audiences again.

“I just think it’s something that could bring so much happiness into people’s lives and make people just forget about the world for a couple hours,” Teachey said. “I just have so much fun performing in it. And when performers are having fun, then the audience has fun.”

“I think people should definitely see this show because I think it’s really what the world needs right now,” Borken said. “After a year with almost no theatre, and just being at home and not being able to do much, now you can come see this show – livestream or in person – and you can just have fun.”

There will be six opportunities to see “The Drowsy Chaperone,” with limited in-person seating and via livestream.

All ticket sales will be online (no tickets will be available for purchase from the box office). Visit whstheatre.com

Tickets are $15 for single seats or $30 for paired seats (same household).