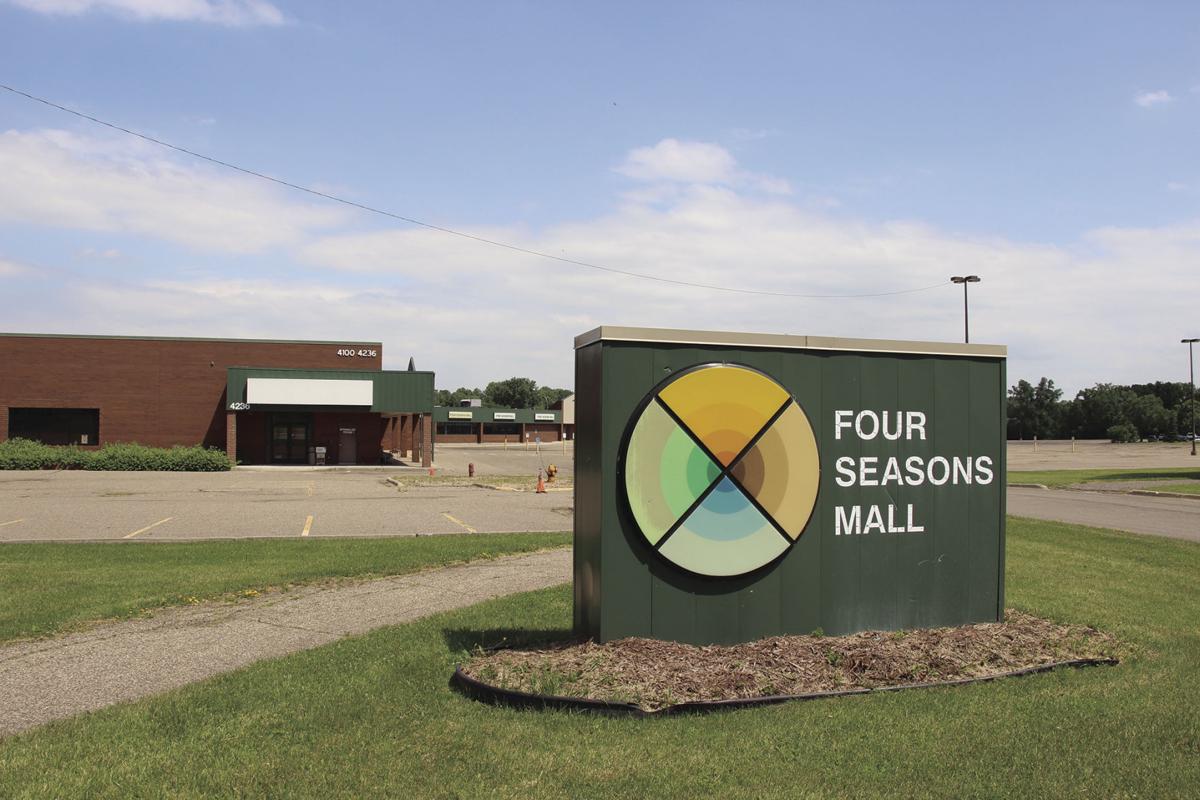 The purchase of the 17-acre site along Lancaster Lane is expected to take place next spring or summer, with the demolition of the mall to come shortly thereafter.

The purchase of the 17-acre site along Lancaster Lane is expected to take place next spring or summer, with the demolition of the mall to come shortly thereafter.

The Plymouth City Council has given Dominium the green light to construct a mixed-use development at the current Four Seasons Mall site southwest of Highway 169 and Rockford Road.

The council voted 6-1. Councilmember Jim Prom, who represents that city ward, voted against the project and explained he would’ve supported it had the housing been market-rate and not subsidized.

The 17-acre site has been vacant for about eight years, after failed redevelopment attempts by Walmart, the current owner, and later with the Agora project, another mixed-use development approved by the council in 2017. That development failed to materialize due to a lack of funding.

“If not this, then what?” Mayor Jeff Wosje asked during the meeting, adding that this is a good development for the area.

Wosje also thanked the developers for reducing the height of the family housing buildings along Lancaster Lane.

While the buildings were reduced from four living levels to three, the underground parking was raised to be at grade level due to a higher water table that was discovered through the process, explained Shawn Drill, the city planner.

Councilmember Jim Willis asked about the two planned restaurant drive-thru lanes, reiterating his desire that this development would not allow fast-food restaurants.

Taking that into account with the planning, Dan Regan, who is working on the commercial developments, explained that the PUD limits the use of drive-up window services to no more than two, including a coffee shop and fast-casual restaurant as defined and determined by the city council.

“We’re willing to participate, and have been all along, in making this the most desirable development that we possibly can,” Regan said. “It’s a good development for this market and it’s one we know we can deliver.”

“I’m glad to hear you say that, because we, too, want it to be high-class and suitable for the neighbors,” Willis said.

Judy Johnson, a resident and former council member, expressed her support of the project, explaining the improvements to the Bassett Creek Watershed, and the affordable housing component that gets the city closer to its goals.

Johnson also noted that tax-increment financing, which the council later approved for this project, is also appropriate for this development.

“It’s not going to develop on its own,” she said.

LaDonna Hoy, executive director of Interfaith Outreach and Housing Collaborative, also spoke in support of the project, noting the housing crisis and need for transit in the community.

Councilmember Nick Roehl said he was supportive of using tax-increment financing for this project.

“It’s the only way this property will have anything built on it,” he said, noting the high cost of the property.

Councilmember Ned Carroll said he appreciated the developers listening and making the requested changes to the development.

“It’s not perfect for everybody, but it’s a good compromise,” Carroll said.

Dominium officials have indicated that they would like to close on the site in the spring or summer, with demolition beginning shortly thereafter, with anticipated completion in or before 2022.

Construction of the buildings would commence simultaneously after the site work.