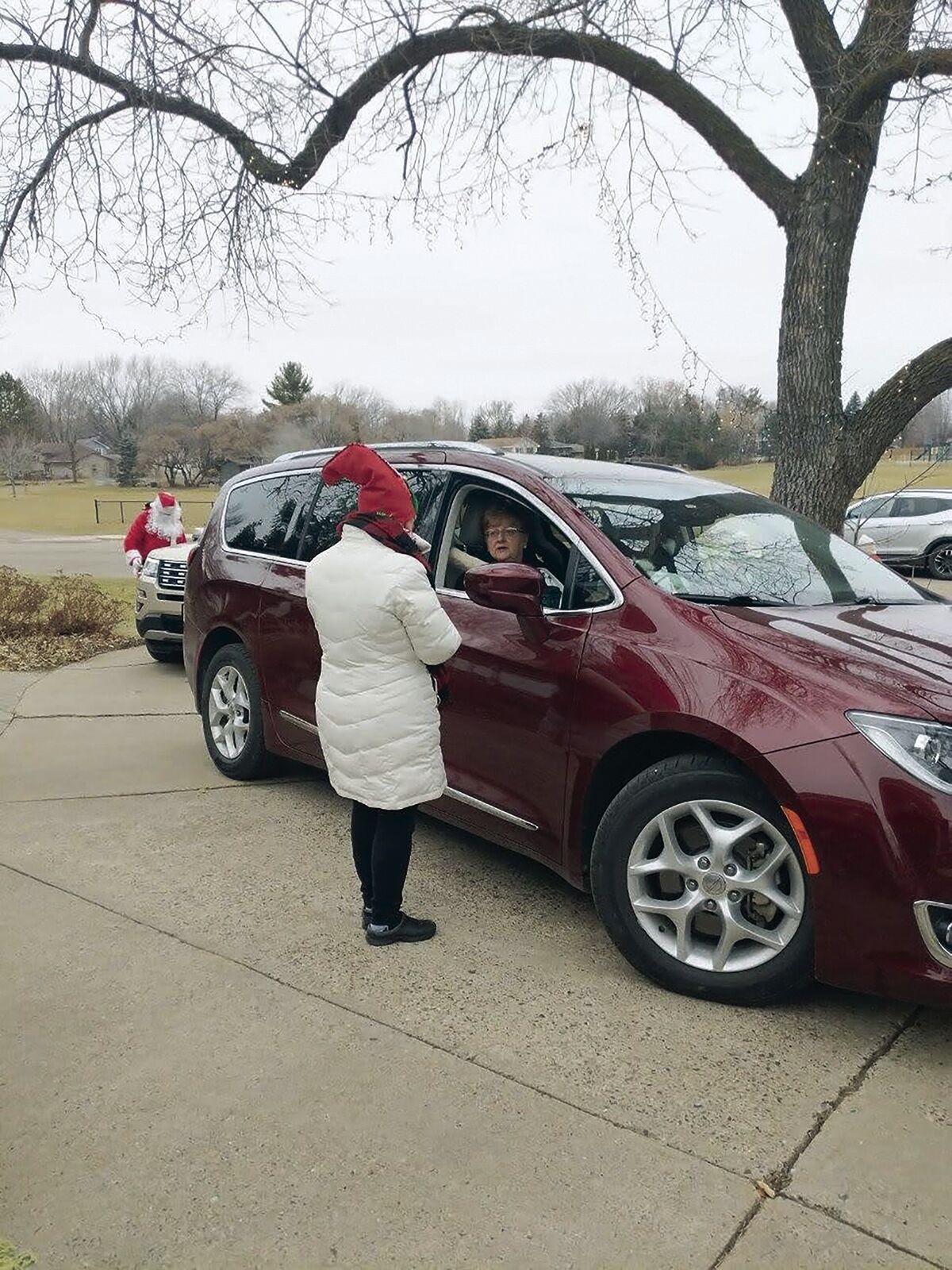 Joanne and Ken Kostka, who dressed as Santa for the children, hand out treats during their drive-thru Christmas tea event Dec. 19 at their Plymouth home. Joanne is pictured with tea attendee Mary Weingartner of Brooklyn Park. 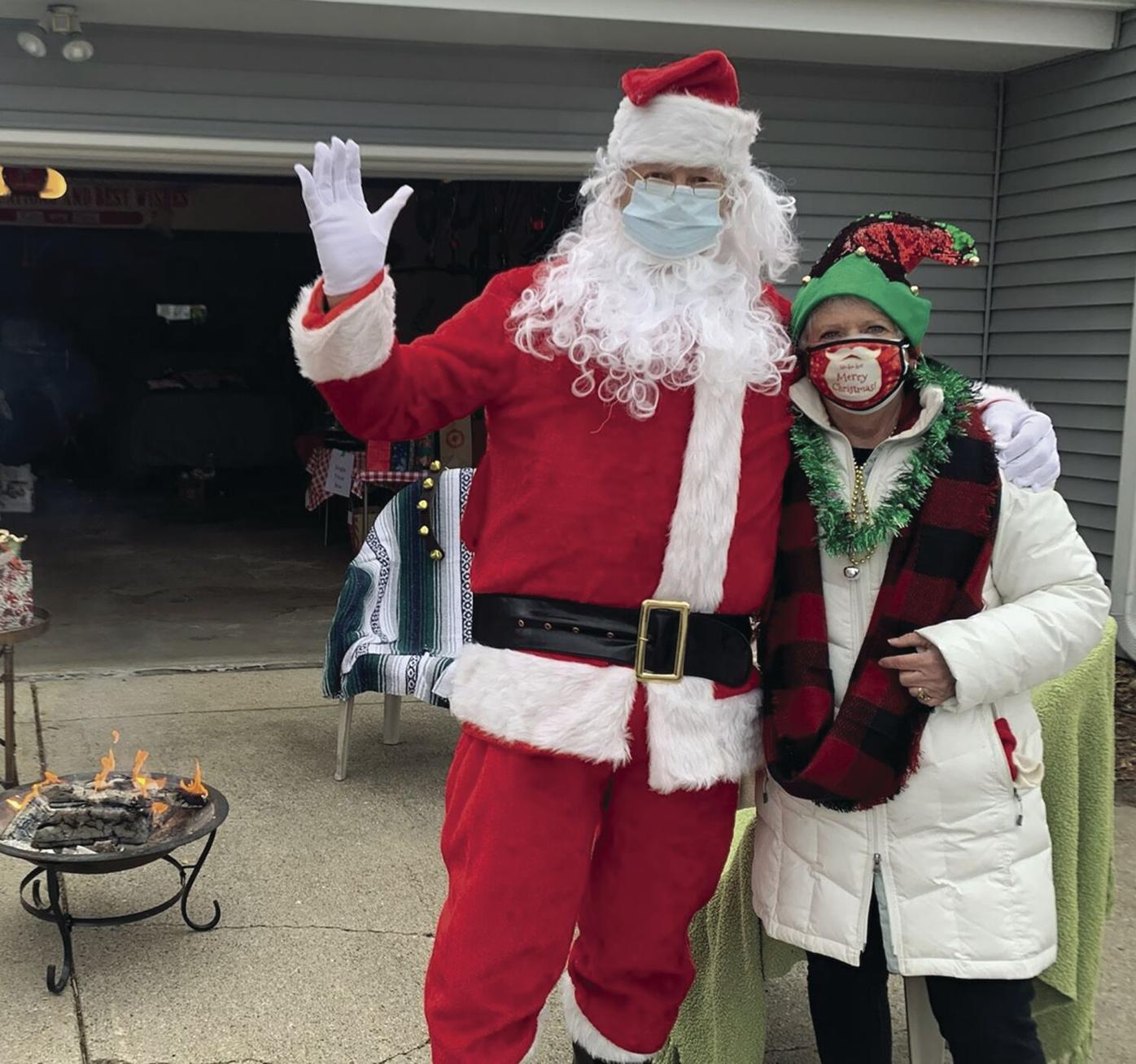 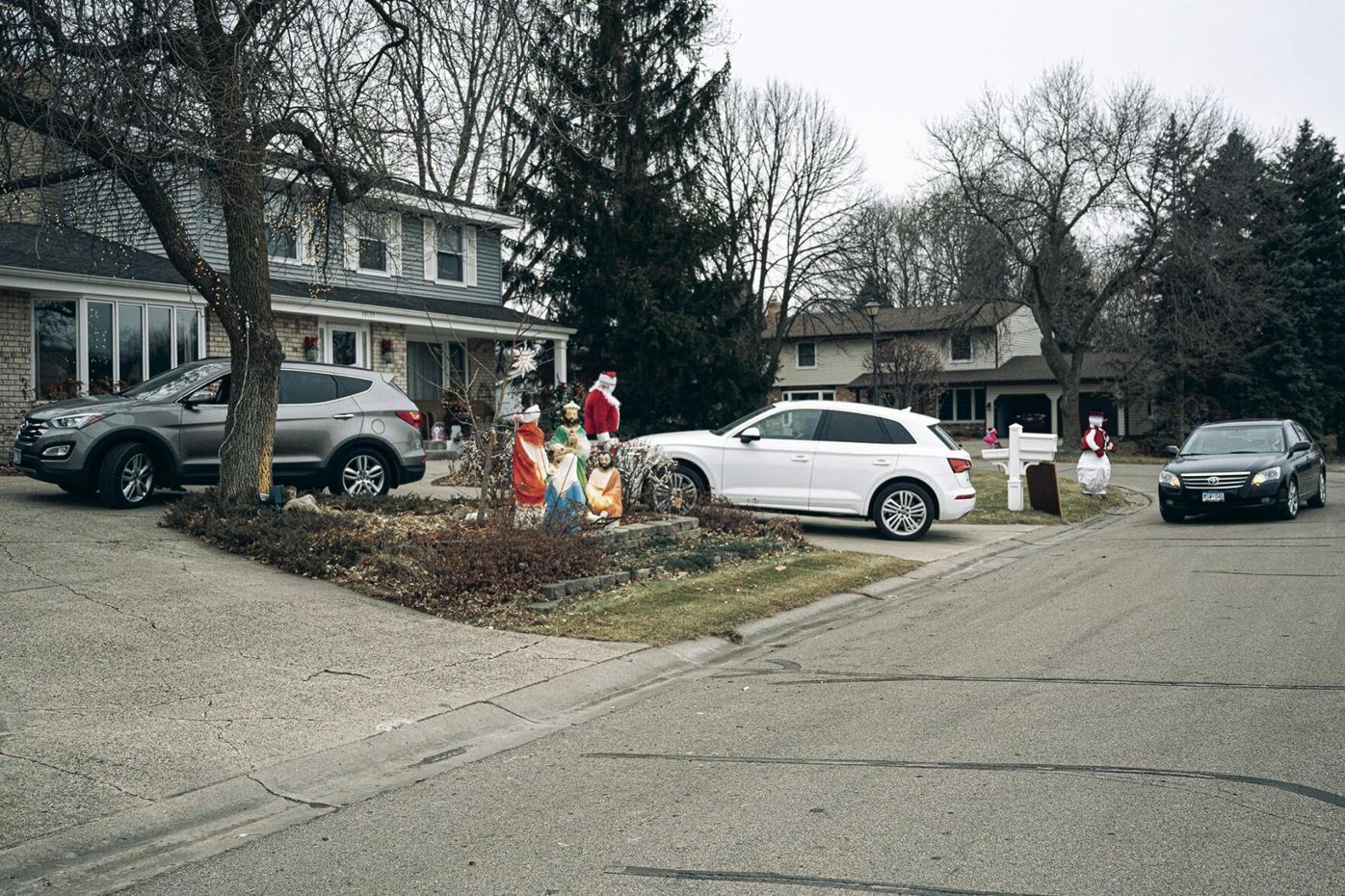 Joanne and Ken Kostka, who dressed as Santa for the children, hand out treats during their drive-thru Christmas tea event Dec. 19 at their Plymouth home. Joanne is pictured with tea attendee Mary Weingartner of Brooklyn Park.

For the past 10 years or so, Joanne Kostka has hosted a Christmas tea open house where friends and neighbors gather at her Plymouth home for a warm cup of tea and fellowship.

“I love the idea of sitting down and quietly having a conversation with people,” Kostka said as her inspiration for the annual tradition.

This year, instead of canceling the event, Kostka and her husband, Ken, decided to get creative by hosting a drive-up event Dec. 19.

The Kostkas handed out 90 boxes with a sweet treat and a small gift and served coffee, tea and hot cocoa to her guests.

Ken played Santa for the children who attended the event.

The inspiration for hosting a Christmas tea came from her late father, Harveydale Maruksa, a former state senator.

Every Christmas, he would recite the poem “A Cup of Christmas Tea,” written by Tom Hegg, a Minnesota author who resides in Eden Prairie.

“It brings me to tears,” Joanne said of the poem.

She explained that it’s a story of a young man who is reluctant to visit his elderly aunt at Christmastime and the unexpected joy the visit brings to him.

After Joanne and Ken retired 10 years ago from their work at Robbinsdale Area Schools, they began organizing travel trips.

“We love to bring people together in many different ways,” she said.

With that, she began hosting a Christmas tea open house as a way to reunite with her travel friends as well as the women in the neighborhood.

Her teas typically drew about 60 women who come anytime between 10 a.m. to 6 p.m.

Her drive-thru tea, from noon to 3 p.m., surpassed that, as husbands were also invited to the event.

Mary Weingartner of Brooklyn Park has been one of the faithful attendees over the years. She is a retired assistant principal of Sandburg Middle School and worked with the Kostkas in the school district.

Weingartner said she was “thrilled” that the Kostkas continued the tradition this year in such a “unique” and safe way in light of the current pandemic. “You have to find alternative ways to make it work in 2020,” she said of the current situation.

Weingartner also commended the Kostkas’ efforts to show people they “were cared about,” especially during this time of year.

“It was just wonderful,” she said.

For Joanne, having this event allowed her to not only keep the tradition alive but also make a new memory.

“Especially during this COVID time, we all so appreciate friendship and fellowship and this tea provides that,” she said.