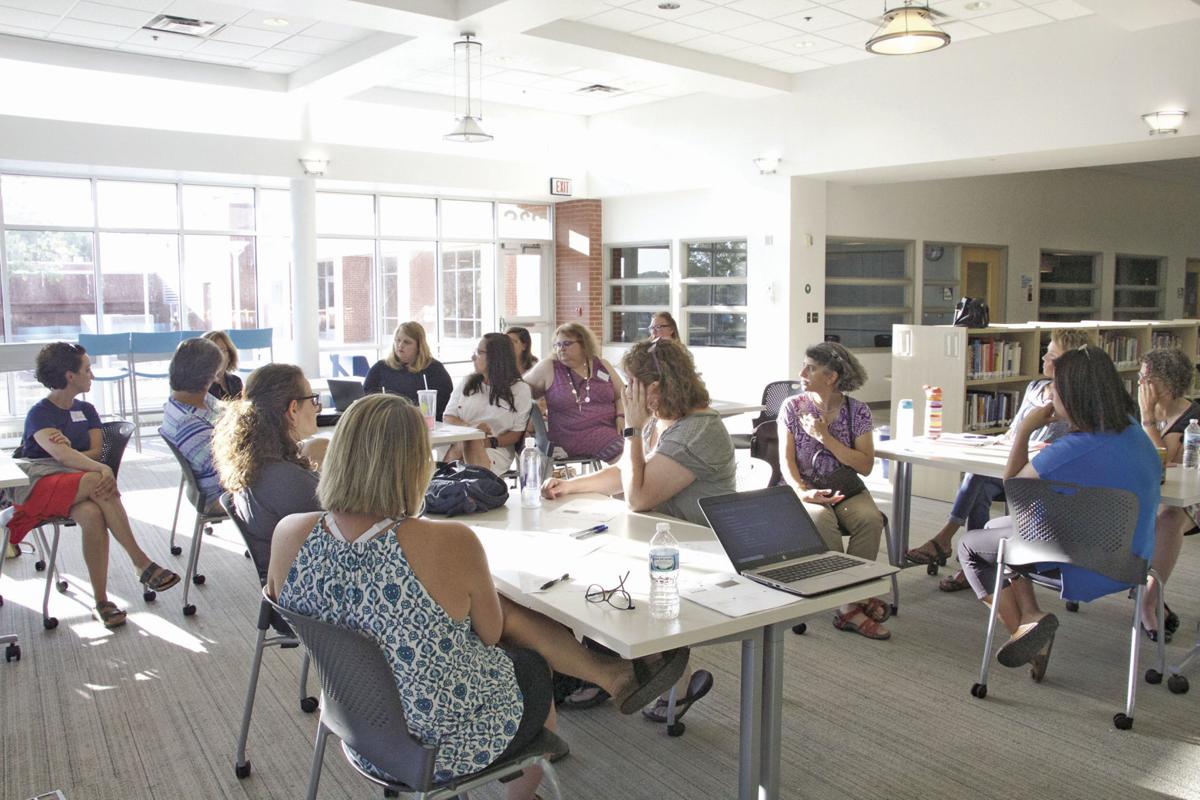 The Tonka Mental Health Navigators group met July 24 at Minnetonka High School to discuss possible solutions to the mental crisis in the school district and community. 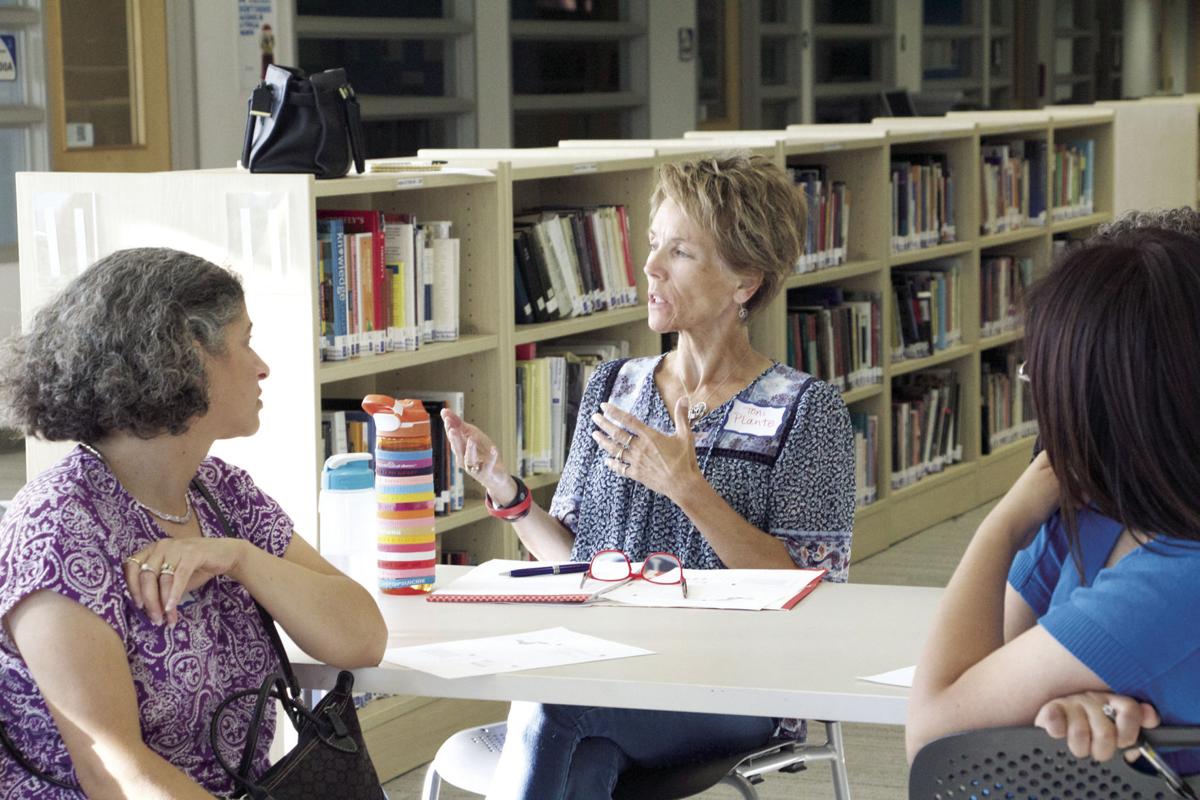 The Tonka Mental Health Navigators group met July 24 at Minnetonka High School to discuss possible solutions to the mental crisis in the school district and community.

After recent tragedies, Minnetonka School District mothers are banning together to advocate for mental health awareness, acceptance, research, recourses and solutions to help students who may be struggling.

After Ana’s death, Toni began openly discussing her daughter’s story with the public and the struggles she had with mental illness. Simultaneously she has been advocating for mental health research, awareness and open dialogue.

“With my daughter, we just didn’t know what to do,” Toni said. “We went to PrairieCare Mental Health, Park Nicollet to see her psychologist, Relate Counseling Center and she was in the Minnetonka special education program. We were doing everything we could do and there was nowhere else to send her. There just weren’t enough resources.”

After speaking about Ana, Toni said she began receiving Facebook messages from strangers who were opening up to her about their own child’s struggles with mental illness.

After a 17-year-old Minnetonka High School junior died by suicide on March 22, Toni knew she needed to help. After reaching out to another mother, they co-founded the Tonka Mental Health Navigators group.

The group’s statement is, “A collaboration of parents/guardians in the Minnetonka School area promoting awareness, acceptance and advocacy for mental health.”

Approximately 16 percent of eighth graders, 17 percent of ninth graders and 20 percent of 11th graders in the state are dealing with a long-term mental illness, behavioral or mental health problem, according to the Minnesota Department of Education’s 2016 Minnesota Student Survey.

The numbers could be higher because many children are not seeking or being supported enough to get the help they need, according to Laurie Moser, a Minnetonka parent and director of day treatment at Golden Valley’s POR Emotional Wellness.

“Kids struggle with people believing them that they need help in the first place,” she said. “When children have diabetes or cancer, families take their child into the doctor and you do everything to get that child better but with mental illness parents don’t realize that their child has something as deadly, or even deadlier than cancer.”

Toni said Tonka Mental Health Navigators started out with a handful of concerned parents, but the group has since grown after the recent death of 16-year-old Minnetonka High School junior Archer Amorosi, who was killed by two Carver County Sheriff’s Office deputies July 13 at his home in Chanhassen after his mother reported her son was having a mental health crisis. She reported that deputies had been at the home the previous day for a mental health call, but was told that there was nothing they could do that day and to call the following day so deputies could take Archer in for treatment, which she did.

Minnetonka High School responded to the death by calling in a crisis response team to the school July 16 to provide students counseling support to students.

“During a crisis we provide counseling supports and open doors, areas where students can come together, share and just get support,” said Michelle Ferris, Minnetonka High School’s executive director of student support services, who was at the July 24 meeting. “We bring in additional supports as needed. One such extension of our support team is ‘Growing Through Grief.’ Their therapists are available immediately after a loss and provide ongoing grief support and groups for students. In addition, we utilize our co-located mental health therapists, and work with parents to connect with outside resources as needed.”

At the July 24 meeting, parents expressed concerns that there wasn’t enough being done to address mental health in the Minnetonka School District and surrounding community.

“There aren’t enough resources,” Toni said. “We need to put more money into mental health resources and give the extra time to help these kids get through this.”

During the meeting, mothers said that they were concerned about the district’s bullying atmosphere, handling of crisises and not enough long-term counseling, open counseling appointment times, educational support, flexibility for struggling students, assistance for the LGBTQIA community and more.

Parents also mentioned that some mental health services are more available in some schools in the district but are not at others, with many students losing out on care that had previously worked when they enter high school.

“Each of our schools have counselors, social workers, psychologists and co-located mental health support,” Ferris said. “My advice to students would be to start with their school counselor and/or school social worker. Each student has caring adults and helpers in their lives as well. We ask that students reach out and let us know that they need support, as well as that we reach out when we see a student struggle or hear from our parents. Additionally, we often recommend students/families connect with their family practitioner/doctor, as such professionals are skilled in assessing mental health and often will provide a referral as needed and additional community supports.”

Mothers suggested solutions at the meeting, including a mandatory mental health course every semester for all students in the district, stress management options, mental health training for staff and selected students, online counseling sessions with psychiatrists so students won’t have to leave school and more counselors, resources and programs. They also requested that the Compass Support Groups, which assist students who are struggling with day-to-day activities in school, be expanded. The program is currently, and consistently, full with space for about 15 students.

“I joined the group because I have a daughter with mental health challenges,” said mother Amber Bullington. “She is especially good at advocating for herself and she still didn’t get anywhere in the school system, and neither did I. It’s possible to build these support systems for our kids. I want more recourses for the kids, no matter what that might be.”

Ferris said that the high school currently has nine full-time school counselors, with one walk-in counselor always available. There is also additional support staff, including school social workers, a school psychologist, a Americans with Disabilities Act 504 coordinator and co-located mental health therapists from an outside mental health clinic.

“To students I would say, we want to know that you are struggling,” Ferris said. “We care and we want to help. Please reach out to a caring adult in your life, to a staff member, if you are comfortable doing that, and most importantly, talk with your parents and families, if you are able to do that. No matter what, know that you are not alone, and we will support you through this difficult time.”

Overall, the Tonka Mental Health Navigators group is working towards creating an open dialogue in the community to end the stigma on mental illness.

“I think that there is a real need for dialogue between children, parents, the district and the community,” said mother Kelly Callinan. “This will help end the stigma on mental illness. It has touched everyone. I don’t feel like we’re doing enough. People are talking about it more, but the school hasn’t done enough.”

Parents are also advocating for changes in the community, across the metro and statewide.

“Mental health is extremely complicated and there’s not just one answer,” Toni said. “It’s going to be ongoing and a topic that we’re going to have to continuously address.”

Toni is encouraging parents to participate in the annual American Foundation For Suicide Prevention: Out of Darkness 5K Walk at 10:30 a.m. to 2 p.m. Sunday, Sept. 16 at Como Park’s picnic pavilion, 1199 Midway Pkwy., St. Paul. All of the funds donated go to suicide prevention, research, legislation, mental health education and assistance.

If you’re a Minnetonka parent, mental health professional of a staff member in the district, and would like to join the Tonka Mental Health Navigator Facebook group, visit bit.ly/2OsJN4W.

• In an emergency, call 911 or have someone take you directly to your local emergency room

While I acknowledge and completely understand that there are many factors that go into situation such as these I have to wonder has the school district ever considered that they are a contributing factor? The amount of academic pressure and the standards in which our school district presents is astounding. For the "average or below average" student there is a culture of feeling less than and being made to feel that you are not contributing in the same way. If you look at the district website and the district Facebook page it is filled with constant bragging about the students that are above and beyond the average yet there is little to zero mention of the average or below-average student. I have seen first-hand the pressures that the school district places on our children academically and I personally feel it is irresponsible.