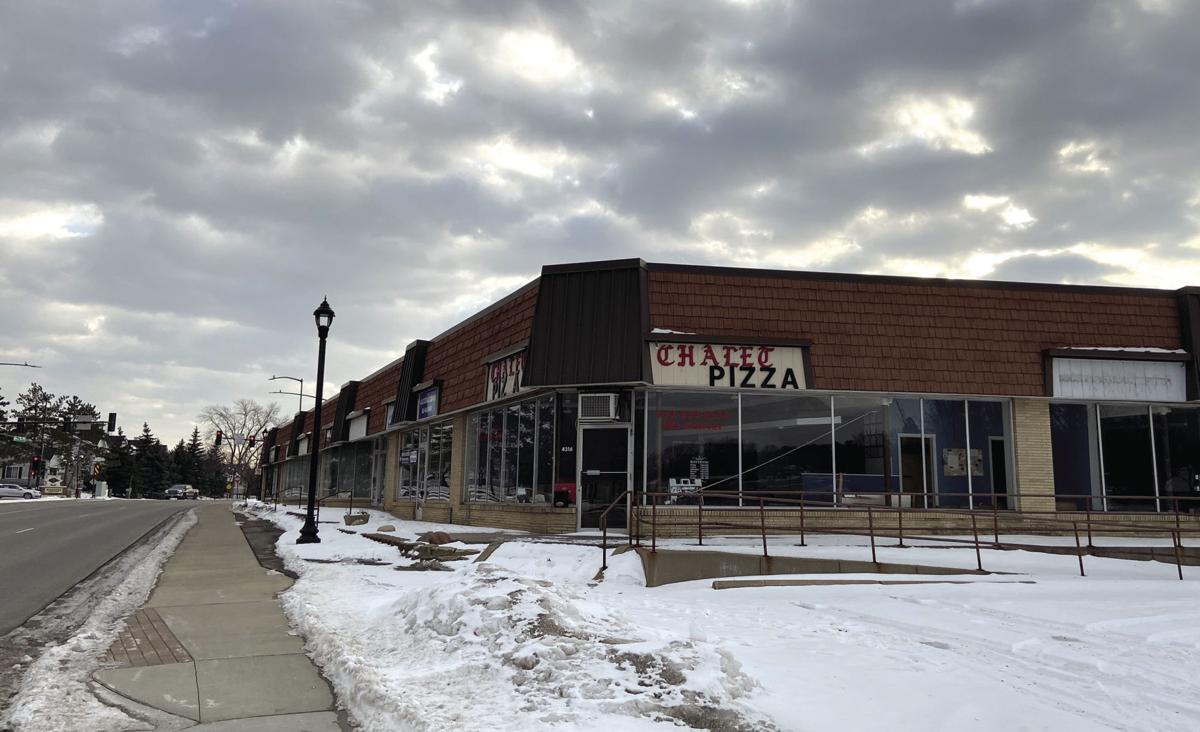 Proposed redevelopment plans for a three-story, 75-unit apartment building would replace the existing commercial building on the corner of Shady Oak Road and Mainstreet, bordering Minnetonka and Hopkins. 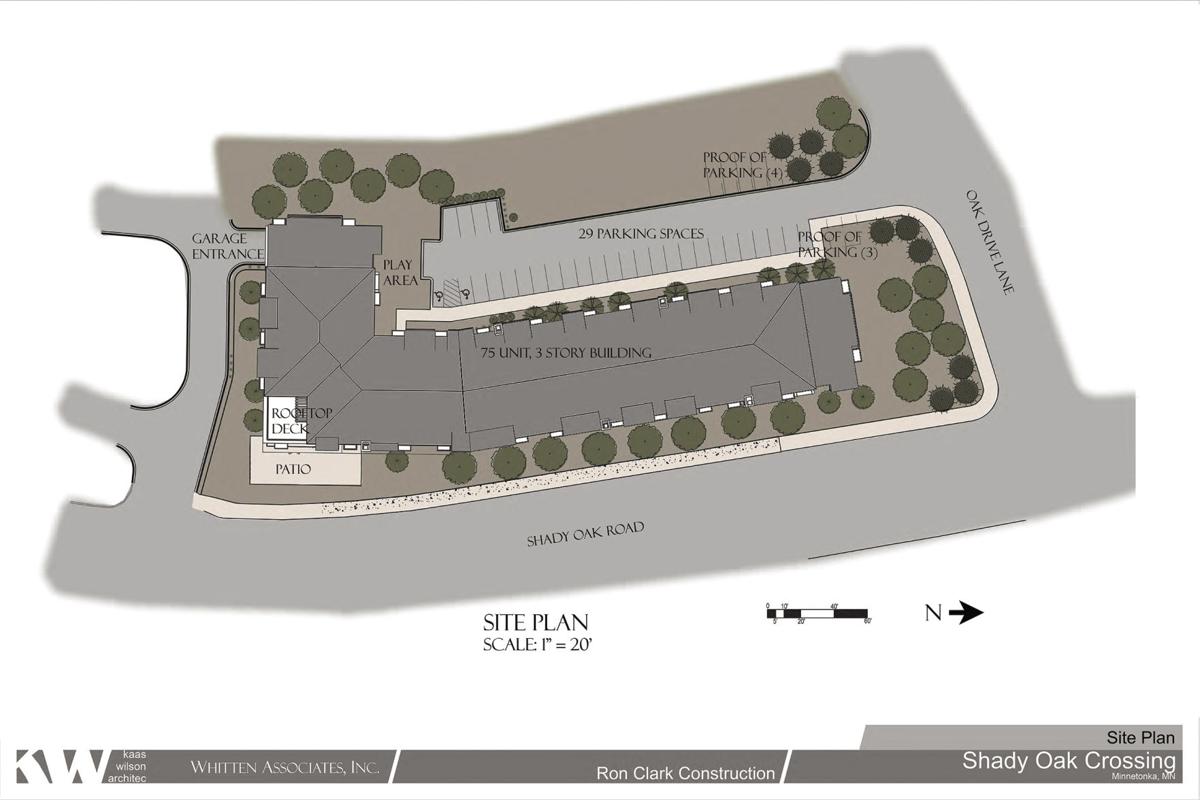 The current site plan for a three-story, 75-unit apartment building, as presented by Ron Clark Construction. 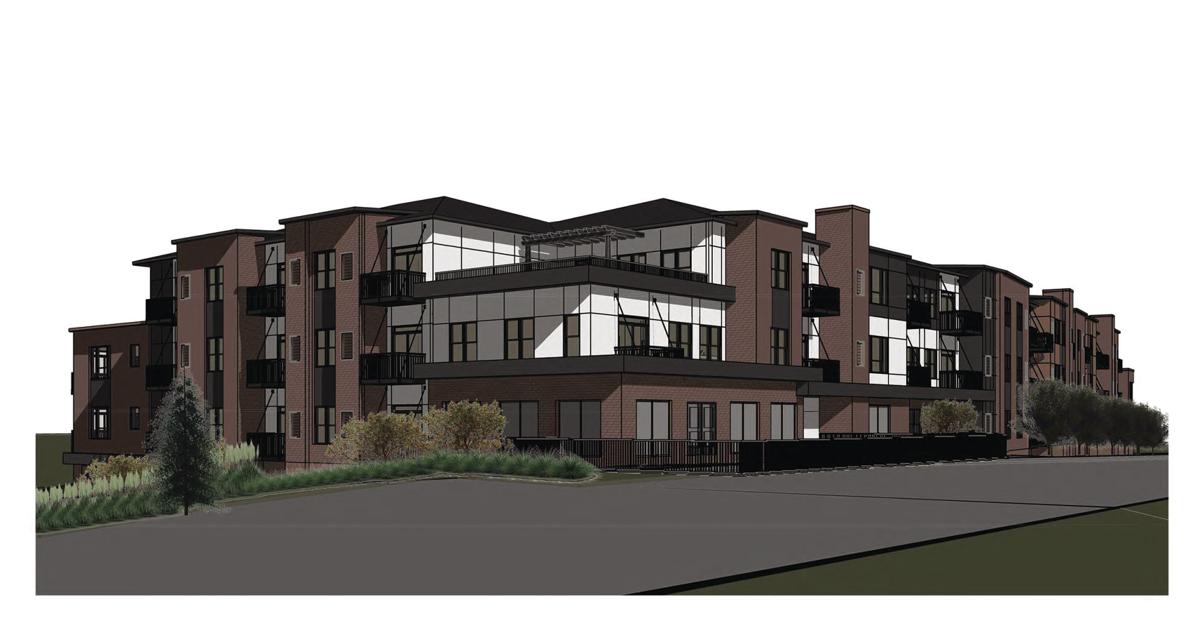 A view of the proposed apartment building from the south and east at the intersection of Shady Oak Road and Mainstreet.

Proposed redevelopment plans for a three-story, 75-unit apartment building would replace the existing commercial building on the corner of Shady Oak Road and Mainstreet, bordering Minnetonka and Hopkins.

The current site plan for a three-story, 75-unit apartment building, as presented by Ron Clark Construction.

A view of the proposed apartment building from the south and east at the intersection of Shady Oak Road and Mainstreet.

The Minnetonka City Council has decided to move forward in the review process for a new concept for the Shady Oak redevelopment project that borders Hopkins.

The new concept plan was brought to the council Jan. 6 and was referred to the Economic Development Advisory Commission and to the Planning Commission, which will have a public hearing on the proposal at the Thursday, Jan. 16 meeting.

The current proposal from Ron Clark Construction, which would replace the existing commercial building, includes a three-story, 75-unit apartment building on the property at 4312 Shady Oak Road and on a portion of the property to the south that is currently in Hopkins.

The previous proposal was anticipated to have 100% affordable units, however, the developer was unsuccessful receiving tax credits to make that possible “due to the over-subscription of funding through the state’s housing tax credit program, which awards funding on a competitive basis based upon a complex scoring process,” according to the staff report.

Because of this, the developer is seeking $1.8 million in tax-increment financing from the city.

“Unless we can pick up the site and move it another 1,000 feet to the south and be within a half-mile of the actual platform for the new light rail, we’re not going to get over the hump,” said Mike Waldo of Ron Clark Construction, noting the developers were disappointed to not be able to make it 100% affordable.

“That was a conversation we had with staff. Do we want to fight that battle for another two years and not know if we’re going to be successful, or look at something where we think it will be a great addition to the neighborhood?” he said.

The current proposal also reduces the structure from 415 feet to 375 feet, which was done by eliminating the previously proposed three-bedroom units.

Cooperation from the City of Hopkins is required as a portion of the adjacent land is part of the development.

The proposal is expected to come back to the council at the Monday, Feb. 24, meeting.

The council supported staff members’ efforts to work with the Mills Church to engage the public regarding potential housing options on the campus at 13215 Minnetonka Drive.

The goal of the engagement process is to study and gather feedback on potential redevelopment for the 5.6-acre site.

In addition to the church building, the campus includes the former village hall building, three homes, a garage, parking areas, a playground and open space.

Attendees can hear how several church groups have gone about developing land to support their mission.